A history of violence 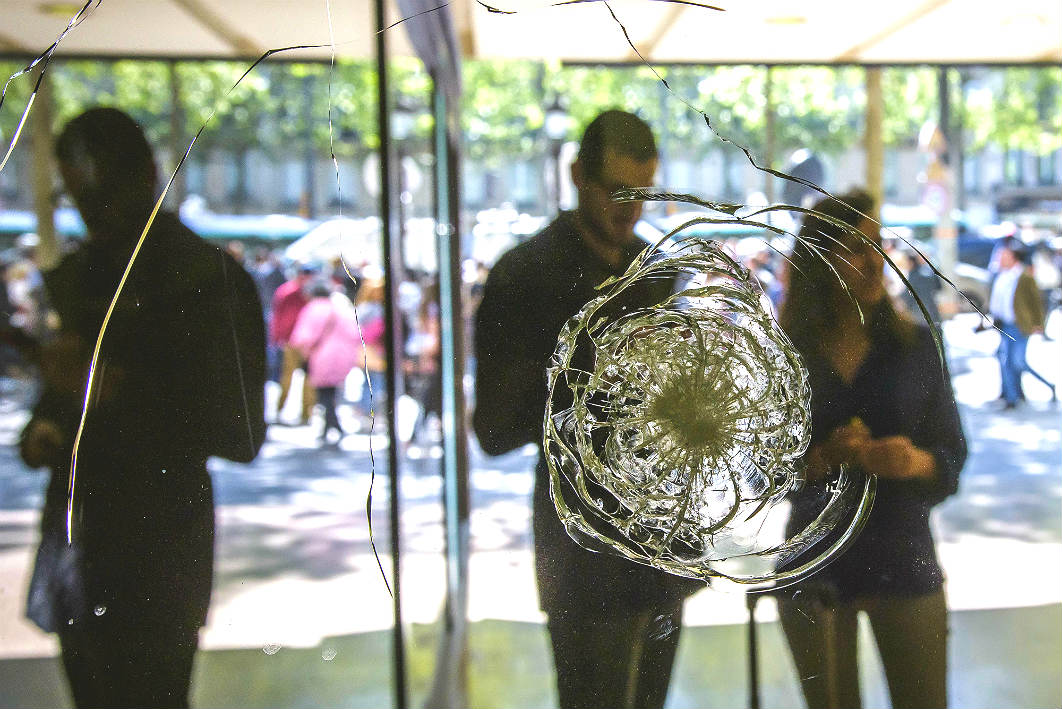 Repeat offender: a damaged window at 102 Champs Elysee Avenue, Paris, the scene of a terrorist attack on 21 April this year. The suspected attacker, who had committed violent acts in the past, was killed by security forces. Christophe Petit Tesson/EPA

In Jihad and Death, the French political scientist Olivier Roy offers an adroit analysis of the global appeal of the Islamic State movement. His insights into what motivates and mobilises mostly young, second-generation men to join the movement should come as no surprise to anyone who has followed its growth and transformation over the past decade or so.

American researcher Jessica Stern, for example, found that one category of lone actors, whom she refers to as “lone avengers,” were only loosely affiliated to any ideology, and committed acts of violence as expressions of personal vendettas mixed with religious or political grievances. In other words, radicalisation of opinion is not necessarily a precursor to violent action, though sympathy with extremist ideologies may be used as a frame for violence. British researcher Matthew Feldman makes a similar point when he distinguishes between terrorists “seeking an ex post facto justification of their violent actions” and those who progress through the terrorist cycle.

Yet governments, particularly in the West, still largely see the Islamic State movement through the lens of religion — namely Islam — as the primary mobiliser of violence. In the wake of terrorist attacks, speculation about motivation too often becomes mired in assumptions and slogans about “rapid radicalisation,” “self-radicalisation online” and “lone wolf actors.” These characterisations are rarely backed up by empirical evidence or comprehensive investigation of the social, psychological and environmental contexts of the perpetrators and their acts.

Roy widens the perspective to argue that the appeal of Islamic State is driven not primarily by religion but by its effect on individuals attracted to violence and rebellion. His argument about the “Islamisation of radicalism” is insightfully argued through his analysis of the records of 140 terrorists active in the West.

Roy’s thesis will probably be resisted by those who argue that Islam is inherently violent and that religious teachings (however misinformed or manipulated) should be the starting point for analysis. While we certainly can’t completely discount the role of religion — and I don’t believe that Roy argues for a complete denial of the religious/ideological or historical dimensions — we should be prepared to ask questions about the assumptions on which much of our counterterrorism and counter-radicalisation efforts have been built, and to accept that those assumptions are no longer as relevant as they might once have been.

Roy’s findings align with my own research into the histories and backgrounds of one hundred or so terrorists in Western countries. The complex and varied causes of radicalisation include individual psychology, personal and group identity, demographics, individual circumstances, and contact with radicalising settings or influences, including personal contact with recruiters or other influential figures.

Research has also shown that theories and assumptions about radicalisation are not supported by the information we have about many cases of terrorism. The marginalisation hypothesis, for instance — the view that radicalisation results from individual frustration and alienation — doesn’t explain why some who have travelled to fight alongside Islamic State come from well-adjusted families and were well integrated in the broader community.

Above all, the research acknowledges that there is no single profile of a violent extremist, with each trajectory to violent jihad being unique. Attempts to create profiles or typologies are fraught with difficulty. This suggests that Roy’s view of the primary drivers of radicalisation among second-generation youth is a little narrow, and raises the question of whether his findings can be generalised more broadly.

Raffaello Pantucci, another researcher who has studied terrorists’ motivation, has developed a typology of four varieties of lone Islamist terrorists — loners, lone wolves, lone wolf packs, and lone attackers — that may contribute to a broader understanding of Islamic State’s success in motivating individual acts of terror. For Pantucci, loners are individuals for whom Islamist ideology provides a framework for what are essentially psychological or social issues; typically, their adoption of violent extremist ideology doesn’t extend beyond passive engagement on the internet. Lone wolves have had some contact with violent extremists and, unlike loners, have been influenced by Islamist narratives that justify the use of violence. Lone wolf packs are groups of individuals who lack connections to operational extremists and engage in violence through their own small-group dynamics. And lone attackers are individuals who have clearly adopted violent extremist ideology and have a demonstrated link with an operational extremist.

Pantucci’s typology highlights the limitations of traditional explanations of the radicalisation process. Although it is often reported that perpetrators have a criminal past or a history of violence, a propensity to violence has not received much attention in the study of radicalisation and acts of terrorism. Contemporary psychological theory suggests that this individual propensity interacts with situational factors to determine behaviour. On the one hand, sustained exposure to conflict can make people more violent; on the other, highly aggressive individuals will seek out violent situations and social environments. Research has demonstrated that highly aggressive people are more likely to interpret situations aggressively and respond to conflict situations in ways that escalate the violence.

While Roy doesn’t delve into the psychological theories of aggression and violence in any great detail, Jihad and Death provides further evidence that we need to look beyond the narrow view of religion to truly understand the appeal of global jihadism and understand how the movement is so adept at regenerating its narrative for new audiences and new generations of would-be jihadists.

It is here that Roy makes his most useful contribution to understanding how and why it is that young men with no social, ethnic or historical links to the movement can become mobilised to commit acts of violence. As he argues, Islamic State has become adept at appealing to a youth culture that exalts violence and tapping into a generation of young people primed for a message that speaks directly to their identity. •

Anne Aly is the federal Member for Cowan. Her books include Terrorism and Global Security: Historical and Contemporary Perspectives (Palgrave Macmillan, 2011).

The ouija board jurors

Extract | A letter from a worried juror threw into doubt Stephen Young’s conviction for the murder of Harry and Nicola Fuller. Did it also pinpoint a weakness in the way juries work?

In the balance: the scales of justice above the entrance to Lewes Crown Court. James Boardman/Alamy 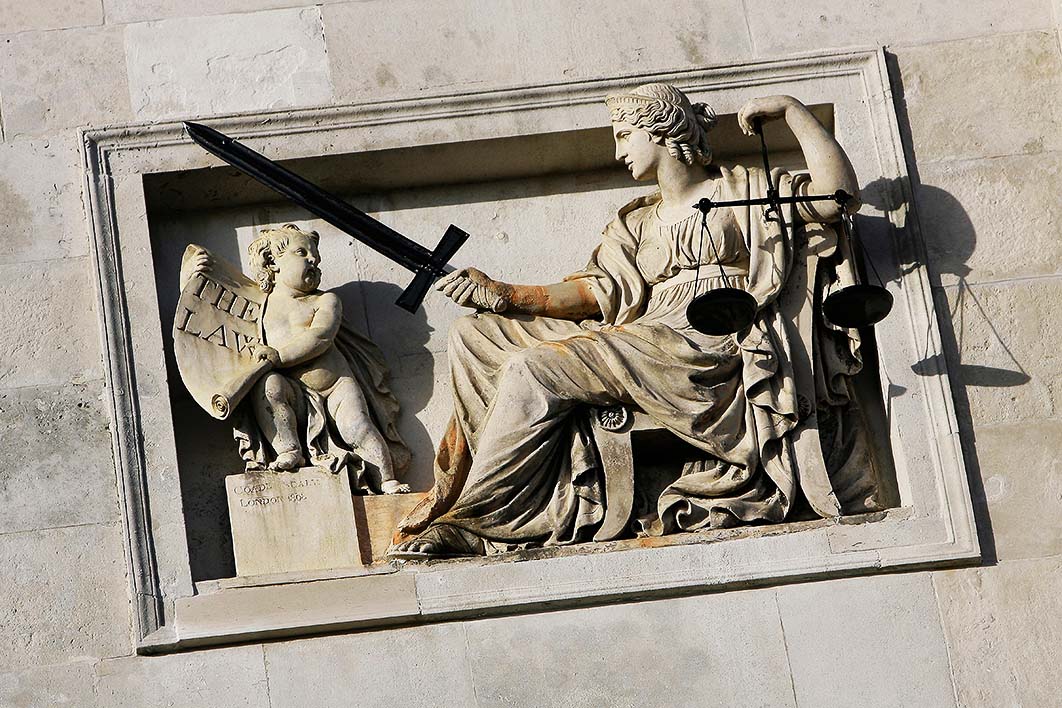 In the balance: the scales of justice above the entrance to Lewes Crown Court. James Boardman/Alamy