At the borders of the public domain

Should we borrow, steal – or even beg for – other cultures’ music? 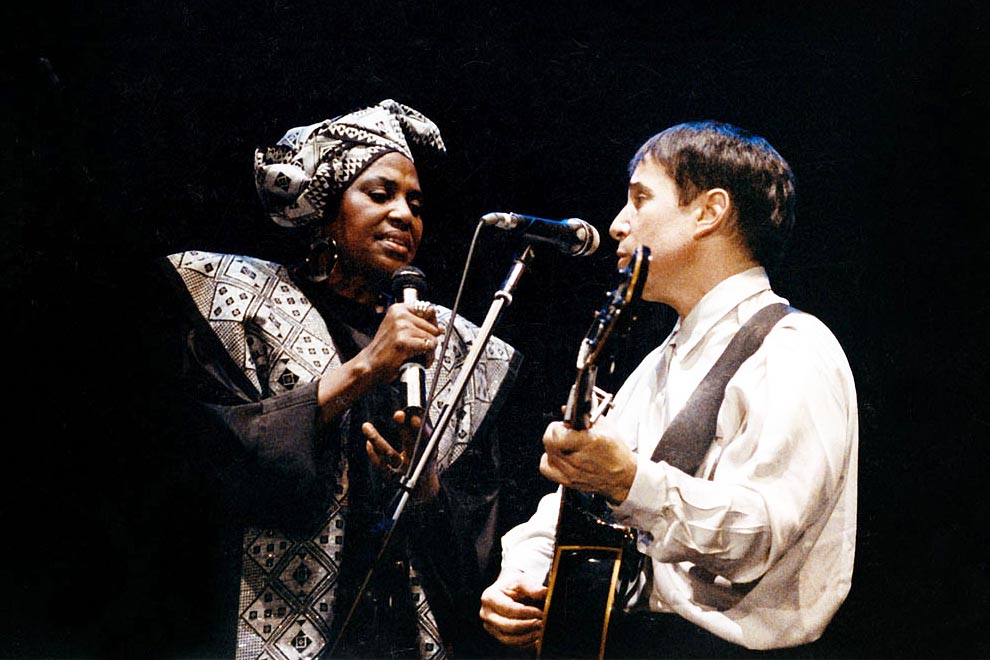 “But how can you write about being a magic princess if you aren’t one?” I asked.

“When you’re an author, you can tell all sorts of stories,” said Mr Silver. “Princess Plum is a character I made up. Stories can be about anyone or anything you want. Just use your imagination!”

No, Lionel Shriver isn’t writing children’s books. But that passage from Pinkalicious: Story Time by Victoria Kann, which my six-year-old daughter and I were reading the other day, makes Shriver’s case for unfettered authorial licence quite well. What are you going to tell a six-year-old: that she shouldn’t use her imagination?

When Shriver gave what some would describe as her infamous speech to the Brisbane Writers Festival last year, claiming the inalienable right to invent and, in the literary sense, embody any character of any race, gender, age, sexuality or creed, she drew a resounding response, most of it negative, a lot of it very angry. I was briefly tempted to wade into the discussion, but the waters looked a bit choppy. This was Shriver’s doing, of course. She set out to annoy people and succeeded. Anyone who describes herself as a “renowned iconoclast” (or “renowned” anything) is already annoying. But I don’t think she was wrong in her assertion of imaginative freedom. She might have lacked nuance in a discussion where nuance ought to play a big part – and she lacked sensitivity, God knows! – but she had a point.

Composers run up against these issues all the time. In writing a mass a couple of years ago, I made the American spiritual “Sometimes I Feel Like a Motherless Child” the starting point for my melodic writing. The mass was dedicated to “all who seek asylum,” and the reference seemed apt. If you know what to listen for, you can hear the spiritual, particularly in the Kyrie and Benedictus, but if you don’t know it’s there, you’ll probably miss it. I didn’t want people to miss it, and since I wasn’t sure how familiar my listeners would be with “Motherless Child,” I made an a cappella arrangement of it that could be sung before the mass. At the first performance, in St John’s Cathedral, Brisbane, the choir sang the arrangement at the start of the service.

Last year the Song Company included it in a concert, and sang it beautifully. But Antony Pitts, the Song Company’s artistic director, told me later there had been some discussion among his singers about the propriety of performing a white man’s version of a song that grew from the struggles of African-American slaves and was, presumably, composed by an African American. (Like most other spirituals, “Motherless Child” is anonymous.) I was taken aback by this, not because the singers didn’t have a point, but because it hadn’t crossed my mind that I’d done anything wrong. Didn’t spirituals belong to us all?

I don’t know when I first heard “Motherless Child.” I feel I’ve known it all my life. I certainly remember as a schoolboy hearing Odetta’s recording in Pasolini’s film The Gospel According to Saint Matthew. So the song seemed part of my musical makeup, rather than some exotic appropriation, which is why it hadn’t occurred to me I was being culturally insensitive.

It’s a delicate area – more delicate, in some ways, than its literary equivalent, because it’s one thing to invent a fictitious character, another to appropriate a musical artefact. Stravinsky is supposed to have said that mediocre composers borrow but great composers steal. The source of the quote is elusive, but if he did say it, he was on to something. When you steal, you make somebody else’s property your own. Stealing music isn’t like stealing a car – whoever you stole the music from still has it – but when you put your stamp on it, you create something different, something new.

But what can be stolen? I have two rules of thumb, the first based on copyright: I don’t want to be sued, though of course I can ask permission of the copyright holder. The second, less prosaic and more vague, is to do with familiarity. Assuming the music in question is in the public domain, does it feel like it’s part of me? I’ve used a lot of folk music in my pieces – British, Celtic, European and Appalachian – songs and dance tunes that in some cases I’ve dressed up in new arrangements, and in others used as the starting point for my own musical invention. My viola concerto, The Unquiet Grave, was like this, an English folk song generating nearly every aspect of the music, though itself unrecognisable until the end of the piece when the solo viola at last has the tune.

What sort of music wouldn’t I use? Aboriginal music would be an example. Not just because it isn’t mine, but because it doesn’t feel like mine. I didn’t grow up with it. It wouldn’t fit my music in the way an old English song sometimes does. Perhaps if I’d been born in Australia and surrounded by Indigenous songs my whole life, I’d feel differently. Then, of course, I would ask permission of the owners of the music. Which raises a significant question: what exactly is the public domain, and where are its borders? And where, for that matter, would you seek permission to use an African-American spiritual?

I am also wary of style theft – of composing music in the style of a spiritual or impersonating a didgeridoo. To me that would feel fake. But I can only speak for myself; I can imagine it being done well by someone else.

Doubtless much of this article will read like a string of rationalisations, and perhaps it is. I don’t know if my pleading would stand up in a court of morality. I would like to think I am sensitive to the issues, more sensitive than Lionel Shriver (though that wouldn’t be hard), but I’m also aware of the danger of misplaced liberal outrage, which is something I’m often guilty of myself.

One of the most famous cases of alleged cultural appropriation in recent years was Paul Simon’s Graceland and the South African music he used on the album. But three years before Graceland, there was Malcolm McLaren’s Duck Rock, full of the sounds of South African township jive, along with hip-hop and South American music. In the case of one song, McLaren was sued by South African musicians for plagiarism, but the wider issue was whether he had any right to be using African music at all, even with permission. As with Shriver’s speech and the responses of her detractors, there was a want of nuance.

I liked Duck Rock at the time, and still do, but I felt conflicted. Then I bumped into a friend of mine, an architect who had been working in Uganda. He told me that in the market places of Kampala they were listening to nothing else. •