A new book offers a tentative view of the largely uncharted terrain of public opinion in China, writes Kerry Brown 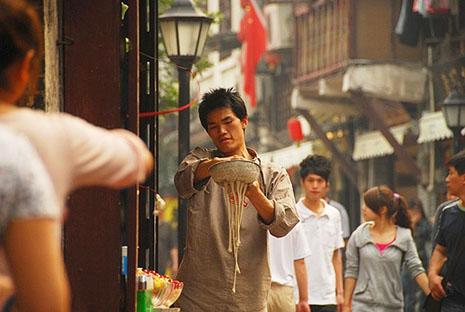 The End of the Chinese Dream: Why Chinese People Fear the Future
By Gerard Lemos | Yale University Press | $39.95

CHONGQING has been in the news lately. From 2007, what’s referred to as the largest city in the world (though this is a bit of a misnomer, as it more resembles a state or a province) was the fiefdom of Bo Xilai, the charismatic, high-profile former trade minister and Politburo member. Bo had been noisily claiming attention since his surprise appointment as party secretary of the southwestern city, which belonged to Sichuan province until 2000. His campaigns to crack down on organised crime and encourage local people to sing songs reminiscent of the Cultural Revolution were interpreted by many, inside and outside China, as a sign that he was lobbying for promotion to the all-powerful Standing Committee of the Politburo at the party congress this year.

Such attention-seeking behaviour made many in the staid Communist hierarchy uneasy. Of the current nine members of this elite of elites, the most powerful, Hu Jintao, party secretary and president, didn’t visit Chongqing once after Bo took up his position there. In hindsight this looks ominous, though no one made much of it at the time.

Bo’s campaigns to provide greater access to cheaper housing and do something about corruption gained support in a city in which there are still deep and resistant pockets of poverty. But despite his sometimes contentious policies, the manner in which he fell from grace took everyone by surprise. With its positive mentions of Bo in the opening sections, Gerard Lemos’s The End of the Chinese Dream unwittingly testifies to this fact; almost at the moment the book was published, Bo was being removed from power.

Bo’s downfall was precipitated when his main security chief, Wang Lijun, fled to the American consulate in neighbouring Chengdu in early February this year. Within a month, Bo was unceremoniously suspended from his party positions and removed from his post in Chongqing. The story grew even murkier when it was revealed that his wife, Gu Kailai, was suspected of involvement in the death of a British businessman. Gu was found guilty of murder and given a suspended death sentence; Wang Lijun has been sentenced to fifteen years in jail. Bo himself was finally indicted on 29 September for crimes of corruption; his political star is now well and truly buried, and he will return to jail for the second time in his life (the first was during the Cultural Revolution).

Bo’s fall from grace gives Lemos’s book an added interest. But the main purpose of The End of the Chinese Dream is to investigate that most mysterious of all phenomena – Chinese public opinion. In the past, government officials provincially and nationally could loudly proclaim what they believed were the beliefs of the hundreds of million people living in China. With no access to any real public opinion data (the earliest good-quality surveys only came in the 1990s, but these were on a very small scale) it was hard to contest these grand statements. With the arrival of social media, though, the landscape has changed radically. We can now see a little of what one scholar called “the inner lives of Chinese people.”

It has to be said that what we see is often highly contradictory and hard to interpret. And it’s not just outsiders who find this. Chinese government analysts and officials have nightmares interpreting the messages they see through platforms like the hugely popular Chinese version of Twitter, Sina Weibo. Things aren’t helped by the fact that so much of what we see on these sites is, we suspect, contaminated by self-censorship or delivered in highly coded language. The news about Bo’s fall, for example, was conveyed through a number of metaphors about the “changing weather in Chongqing” to evade the censors’ chagrin. Sometimes, the voices of Chinese people almost become self-parody as they use strategies to evade state intervention and punishment when talking about sensitive issues. And in China, leadership politics ranks among the most sensitive.

Lemos learns all this when he tries to run an innovative project, funded by the British Council, asking different communities in Chongqing to write up their dreams, aspirations and fears on “wish cards.” His efforts to make officials comfortable with this idea show the high levels of tension that exist between officials and the public in China. In most places, the officials are happy for him to carry off the cards to analyse them. But in one place in particular, this becomes an issue, with a local functionary deeply resistant to their removal because he is worried that the cards might contain evidence against him.

And what lies in Chinese people’s hearts, at least on the days and in the small sample communities that Lemos works within for his project? We could think that, under their skin, the average Chinese might be deeply political, harbouring either profound support, or profound antagonism, for the system in which they live – in other words, a politicised community down to its fingertips, with all sorts of complex feelings and ideas about the world expressed through an opaque, densely metaphorical language. In fact, the most cursory survey of social media in the modern people’s republic, and the sort of evidence culled by Lemos from his brief fieldwork in the late 2000s, shows that the same interest in trivia and the same complaints about lack of money, work pressure, housing costs and uncertainty about the future dominate people’s inner lives in China as anywhere else. Healthcare, financial insecurity, the pains of growing up, and the fear of being old – these figure as part of a universal script of insecurity. What complaints about government there might be (and only in one case does an elderly lady appear at one of his canvassing sessions and start complaining overtly about the government) are presented in a language of slight disappointment rather than frenetic opposition or visceral distrust.

The great tension for China’s governance in the twenty-first century arises from a ruling party that seeks to control information as a key pillar of its hold on a monopoly on power while the wider world has never seen information sources proliferate so quickly. We are awash with information, and with the words, ideas and views of others, and networks abound even in China (or perhaps especially in China). In this networked world, the government is faced with a great paradox. On the one hand, it can resist, and find itself excluded from the evident benefits that networking gives economically and in terms of improving efficiency and social cohesion. Or, on the other hand, it can embrace this trend, knowing that the forces it is trying to get close to might one day overwhelm and destroy it.

The political elite in Beijing swerve between these two postures, with one Politburo member in recent years threatening to pull the plug on the whole internet system after Googling himself and finding slanderous rumours about his activities (he calmed down a bit when an aide explained the disastrous economic impact this might have) while others set up their own Weibo accounts and try to get closer to the people.

Standing back from this, the only thing an outsider can really say about public opinion and its traces in social media in China is that it offers a map of the complexity, the diversity and the disunity of a country that, until very recently, seemed very opaque and distant. As Lemos shows, the inner lives of Chinese people might not, in the end, be so hard to understand. They look exactly like our own. •

Kerry Brown is Executive Director of the China Studies Centre at the University of Sydney.