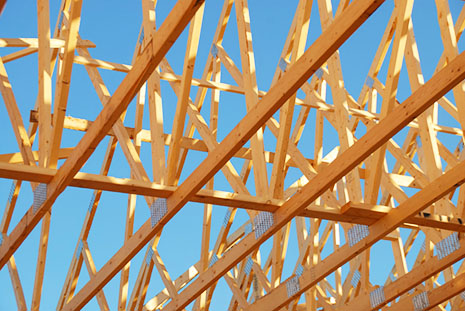 THE gap between the demand for and supply of new housing has pushed rents so high that many singles and families are being driven to renting a room. While this was frequent in the 1930s, what had become very rare over many decades is no longer so despite our much richer society. Numerous households trying to avoid astronomic rents have secured a mortgage to buy an apartment or house but find repayments have also pushed them into a poverty trap.

Statistics from the government’s own agencies, the Australian Institute of Health and Welfare, the National Housing Supply Council and the Australian Bureau of Statistics reveal a serious and steadily increasing housing shortfall (estimated in June 2011 at 228,000). This has led to a worsening in rental affordability, which has increased the number of households in “housing stress,” defined as rent or mortgage repayment of over 30 per cent of gross household income. Compared with an increase in average earnings of 57 per cent the rise in average rent over the past decade has been 76 per cent for houses and 92 per cent for apartments. It is therefore hardly surprising the number of homeless people has increased. According to urban policy analyst Patrick Troy, in his 2012 book Accommodating Australians, Australia has one of the most expensive housing markets in the developed world.

Australia is clearly experiencing a housing market failure. With rising unemployment, recessed economic growth and record low interest rates, a Labor government, with wisdom and labour values and seeking to win over the electorate in an election year, should surely have undertaken a major initiative to reduce the housing gap (and also reduce the growth in unemployment).

If the federal government were to establish a National Housing Authority, or NHA, it could borrow, say, $10 billion annually to build around 40,000 apartments or houses. Since the funds would be borrowed by the NHA, this would not be a cost to the budget; and the NHA could cover its costs while renting housing for $200 to $300 a week less than private sector housing. How? First, as a government authority it would borrow at around 2 per cent below the market rate. This would save renters about $100 per week. Second, unlike the private sector it could provide housing as a non-profit service, saving renters another $100 to $200 per week. Moreover, the increased supply would substantially reduce market rental. The states have shown they are incapable of or haven’t the will to deal adequately with this problem.

If the government wished to assist low-income earners further, especially those on welfare payments, it could provide a budget subsidy on a proportion of these houses reserved for such families and singles. The annual cost of a weekly subsidy of an additional $200 on 20,000 houses would be $200 million.

Since rent or mortgage repayments represent by far the largest item in low- to middle-income families’ budgets, this plan would make the single largest contribution to reducing poverty. Indeed, it would be a more effective means of poverty reduction than increasing welfare payments, which are often absorbed in rent increases or in the type of spending that fails to raise living standards.

Other major social bonuses could be achieved from such a public housing scheme. There could be statutory requirements for quality architecture, incorporation of town planning principles and considering employment opportunities and public transport in the location of NHA housing. Some cities have vacant land within short travelling distance of the CBD, once occupied by factories, which is often suitable for public housing built in a park-like setting.

No discussion of dealing with Australia’s housing pain should omit reference to the inequitable and counterproductive tax concession of negative gearing, which raises the demand for houses and thus leads to increased rents. Moreover, it costs the budget over $5 billion – or 83 per cent of the cost of the Gonski school funding proposals – each year. The Commonwealth’s current annual offer is 25 per cent of the Gonski proposals on condition the states provide an additional 13 per cent.

As Anglicare Australia’s recent Rental Affordability Snapshot report comments, “The availability of affordable… and appropriate housing underpins good health and the social, educational and economic participation of individuals… There was a time in Australia when the right to housing was central to the government’s business. Time has eroded that sense of responsibility… With housing supply down and rental affordability worsening it is surprising there are not reforms in place on the scale of the NDIS or Gonski.” •

After graduating in economics at Sydney University in the 1950s Harold Levien founded and edited Voice: The Australian Independent Monthly, Australia’s only current affairs journal at the time. After its demise he lectured in economics at various tertiary institutions. 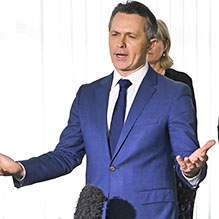