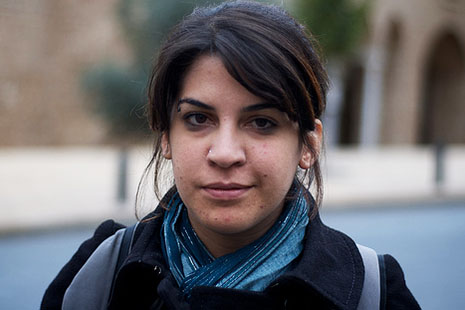 FIRST it was called the WikiLeaks Revolution. When mass protests spread across Tunisia in December last year, the unrest was widely interpreted as a response to a leaked American diplomatic cable about the Ben Ali regime, which WikiLeaks had released only two weeks earlier. Julian Assange, it was claimed, had a revolution on his hands. Then the Arab Spring spread to countries whose governments had not been the target of a WikiLeak, and the equally trivialising and reductive term Facebook Revolution caught on. It seems, unfortunately, to have stuck.

Contributing to the notion that what happened in Tunisia was a social network phenomenon is the fact that the names and faces associated with the fall of Zine El Abidine Ben Ali are invariably internet activists. Perhaps the best-known is Slim Amamou, a blogger whose story mirrors the dramatic reversal in the fortunes of Ben Ali’s regime. As the protests in Tunis gained momentum, Amamou was arrested and held in the cells of the infamous interior ministry. Then, just eleven days later, he found himself appointed Secretary of State for Sport and Youth in the interim government formed after Ben Ali fled the country.

Now a fellow cyberactivist, Lina Ben Mhenni, has written a short book about the Tunisian revolution. Part instant history, part political pamphlet, this is a highly personal account of the events that led to the collapse of the regime. For those who have been waiting for an analysis that goes beyond an implicit comparison with a few thousand people turning up to a “party” posted on Facebook, her book is a refreshing read.

Ben Mhenni identifies herself first and foremost as a blogger. Her page at blogspot, A Tunisian Girl, is, however, no ordinary blog. “I’m a free electron,” she writes, “and I want to stay that way.” It is a metaphor that describes both her character and her activities. She has no time for the intrigues of political parties, and her personal experience has taught her that cyberactivists like herself can be effective agents of political change. It is a message that she is keen to share, and woven into her narrative of the Tunisian revolution are her reflections on how the internet is reshaping our notions of community and democracy.

Ben Mhenni challenges the stereotype of a blogger as somebody cut off from all sources of natural light and social contact. Her book tells of friends and partners met through the internet. She describes a blogosphere that provides a space for virtual dissent, and for critically minded people to develop their ideas and, through their virtual activities, encourage others to come forward. She also claims that virtual encounters helped her to develop the courage to confront the real-world injustices of the Ben Ali regime.

Viewed through Western media reports, the Tunisian revolution seems to have been extraordinarily spontaneous. Ben Mhenni offers her readers a broader perspective, identifying more longstanding symptoms of discontent among the population. Most significant among these was a year-long strike that paralysed the Gafsa mining basin in the south of Tunisia in 2008, but she also cites numerous cases of self-immolation, each an act of final desperation which – like the best-known, that of Mohamed Bouazizi on 17 December 2010 – had the potential to spark mass protests.

Retrospectively, Ben Mhenni singles out 22 May 2010 as the key date of the revolution. On this day, a group of activists, including Amamou and Ben Mhenni, organised a demonstration in Tunis. Having been refused permission to assemble, the activists invoked their Plan B: they posted messages on blogs and social networks calling on demonstrators to wear white T-shirts and occupy the cafes of the inner city. Several thousand sartorial allies flocked to the group of around twenty organisers, and a “farcical and sad” scene followed as police and state agents harassed people simply for their choice of clothing.

Given the gravity of the events that would follow in December and January, Ben Mhenni’s insistence on the 22 May demonstration as the turning point might seem incongruous. Her logic is based on the experience of the Gafsa strike. The events in 2008 had shown that even large protest movements, which were most likely to erupt in the relatively impoverished south of the country, could only have political implications if they stirred the capital, Tunis, the seat of political power and home to around a quarter of the Tunisian population. When the residents of Sidi Bouzid came out onto the streets to show their sympathy with Bouazizi, the spread of information via blogs and social networks became critical. Tunisians no longer had to rely on heavily controlled state media services to find out what was going on in their own country. Ben Mhenni herself accompanied a foreign news team to Sidi Bouzid and posted photos and video clips showing the brutality of the crackdown by police and the army, including a harrowing photo of a young man killed by live ammunition. As free electrons spread those images across the internet, the spark from Sidi Bouzid ignited the crowds in the capital. And when the streets of Tunis filled with demonstrators, Ben Ali fled.

What about the role of WikiLeaks? Ben Mhenni doesn’t refer to the organisation even once. Her key date of 22 May precedes the release of the cable, which included allegations of entrenched high-level corruption, by more than six months. Ben Mhenni would perhaps be appalled by the claim that the Tunisian WikiLeak told her compatriots something about the Ben Ali regime that they didn’t already know. As for the recent suggestion by the British prime minister, David Cameron, that restricting access to Facebook could form part of the response to the London riots, her book leaves no doubt about how she would respond. For Ben Mhenni, a blog is a node of free speech, a social network a tool of participatory democracy. She describes how her courage to criticise the Ben Ali regime was given an irreversible push when the regime censored her blog in 2008, implying that any attempt by the state to censor the internet must, in the long term, backfire.

If only for the importance of this message, the book should be available in English. Translations from the original French to German and Spanish have already been published, with Greek and Dutch versions to appear soon. Ben Mhenni herself works for the Department of Linguistics at the University of Tunis, and writes her blog in Arabic, French or English, depending on the subject. Her book is for those who would prefer to read her on the page, rather than on the screen. Or for people like me, who want to read both.

Ben Mhenni comes across as a dreamer and a realist. Her story shows that, in this information age, you can be both. Not content with her role in the revolution, she is now part of an independent body drafting a clause on guaranteed free access to the internet which, she hopes, will be included in Tunisia’s new constitution. In spite of the shocking details of the repression which Ben Mhenni witnessed and, on occasions, experienced, it is her instinctive optimism, captured in details like this, that makes her book such a pleasure to read. Ben Mhenni may consider herself to be a free electron, but nobody could charge her with being negative about the future. •

No time to lose

Given the fragility of Pakistan’s democratic transition, the need for electoral reforms is as urgent as ever, writes the International Crisis Group’s Samina Ahmed 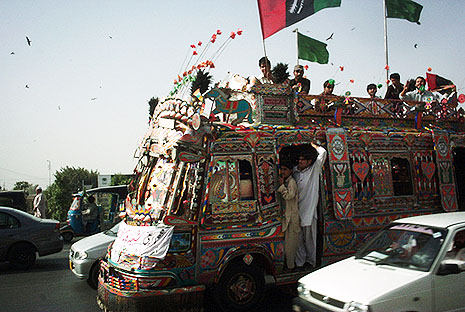