In the eye of the storms

The Security Council remains a key forum for resolving international conflicts, and Australia is right to be there, write John Langmore and Ramesh Thakur 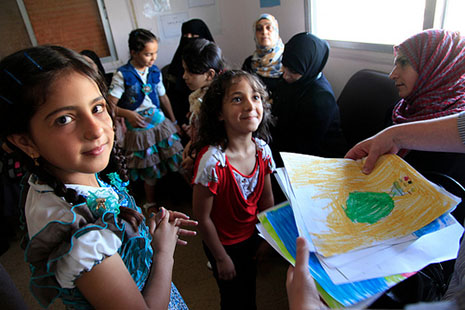 ON THE evening of 27 September, the UN Security Council met in a packed chamber. A draft resolution on Syria and chemical weapons had been negotiated between the United States and Russia, then with the other permanent members of the Council, and finally with the elected members. The draft was put to the vote by the chair, Gary Quinlan, Australia’s permanent representative to the United Nations and a consummate professional diplomat, and passed unanimously.

The meeting came at the end of what had been a surprisingly productive month for the United Nations. Tentative steps had been taken towards resolving three particularly challenging global issues: Syria, Iran and small arms. At this potentially game-changing juncture in international affairs, US ambassador Samantha Power credited Quinlan with having done “a magnificent job” of chairing the Council, a sentiment echoed by several other ambassadors.

But the criticisms of Australia’s participation in the Security Council continue. Writing just a few days after the Syria vote, Hugh White, a professor of strategic studies at the Australian National University, argued that winning a seat on the Security Council had made no difference for Australia “or for anyone else.” The real action, he wrote, involved the shift in power away from the United States and towards Asia.

But the dichotomy White drew between United Nations “trophy diplomacy” and the “real diplomacy” of the nations that count was false. On the one hand, there is no other position from which Australia could possibly have helped its American ally more effectively than as president of the Security Council. On the other, as the United States slowly cedes relative power and influence, no priority is more vital to Australia’s security and values than strengthening the UN-centred rules-based world order as the foundation of future prosperity and security.

The resolution on Syria, co-sponsored by all fifteen Council members, requires the verification and destruction of Syria’s chemical weapons stockpiles in line with the 1997 Chemical Weapons Convention. It calls for the convening of the Geneva II peace talks and endorses the establishment of a transitional governing body in Syria with full executive powers. The UN team has already arrived in Syria and begun the work of destroying chemical weapons and the means for their manufacture.

Like most successful diplomacy, the resolution is a compromise. Preventive diplomacy has been more effective than the most likely alternative, US military strikes against Syria, which would have lacked Security Council authorisation and would therefore have constituted illegal military aggression.

A second action on Syria seeks to facilitate humanitarian assistance to the millions of people injured, hungry or homeless because of the civil war. Led by Australia, these negotiations culminated in a detailed presidential statement on 2 October calling on all parties to stop violence against civilians and ensure safe and unhindered access for medical personnel and relief agencies.

September also saw a tentative renewal of diplomatic contact between the United States and Iran, with the potential to end the threat of war. Hectic diplomacy at the opening of the UN General Assembly resulted in an agreement to begin negotiations over Iran’s nuclear program in November. A phone call between presidents Obama and Rouhani followed on 27 September – the first direct conversation between the two countries’ presidents since 1979.

It is worth emphasising that enforcement measures against Syria and Iran, on chemical and nuclear weapons respectively, reflect two multilateral arms control treaties: the Chemical Weapons Convention (which Australia played a key role in negotiating) and the 1968 Nuclear Nonproliferation Treaty. Having confirmed long-held suspicions that it has chemical weapons, Syria has joined the Chemical Weapons Convention and agreed to eliminate its stockpile and manufacturing infrastructure, reaffirming the value, utility and continuing relevance of those two key multilateral arms control regimes. The Nuclear Nonproliferation Treaty requires Iran to subject suspicious elements of its nuclear energy program to monitoring and inspection by the International Atomic Energy Agency.

That there is life yet in multilateralism was further demonstrated with a third significant event, the adoption of the first-ever Security Council resolution on small arms and light weapons at a special meeting called by Australia as Council president. Australia’s disarmament ambassador, Peter Woolcott, chaired earlier negotiations that produced the related Arms Trade Treaty. Australia circulated a note on 9 September outlining its rationale for using its opportunity as president to convene a high-level meeting on these weapons. Foreign minister Julie Bishop chaired the Security Council session at which the resolution was adopted.

The resolution aims to address the illicit transfer, destabilising accumulation and misuse of small arms and light weapons and establishes practical steps to strengthen the Council’s response to this acute problem. It calls on states to support weapons collection, disarmament, demobilisation and reintegration programs and stockpile management.

Each of these diplomatic achievements is a substantial advance towards easing major conflicts. They show once again that the Security Council is the global forum where negotiation about particular conflicts is most commonly focused, and where agreement is commonly reached on steps towards conflict resolution.

And so, while the Abbott government basks in the afterglow of the successful Security Council bid it opposed in opposition, Council membership can help educate it about the changing realities of world politics. In other words, being a member of the Council is likely to produce the very result Professor White seeks – a realisation within the government that wealth, power and influence are shifting away from the West to Asia in particular – far more effectively than any other alternative forum. • 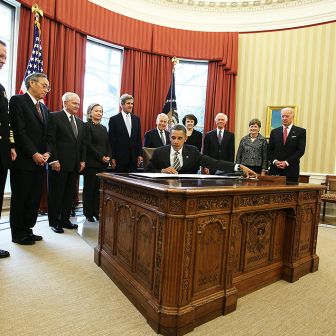 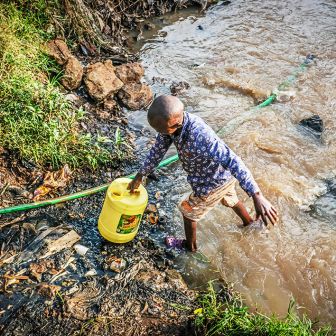 Essays & Reportage Global poverty at the crossroads Saul Eslake 21 July 2020 Rather than handing over the job to charities and philanthropists, it’s time for Western governments to act decisively

Turning off the television

Is there anything the National Broadband Network can learn from the thirteen-year transition to digital TV? Yes, says Jock Given 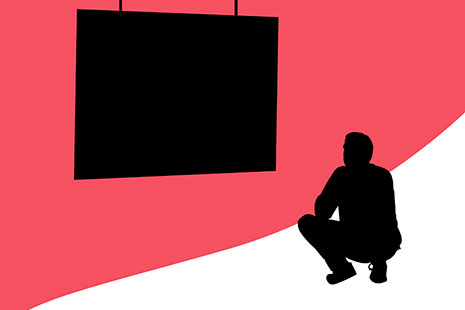