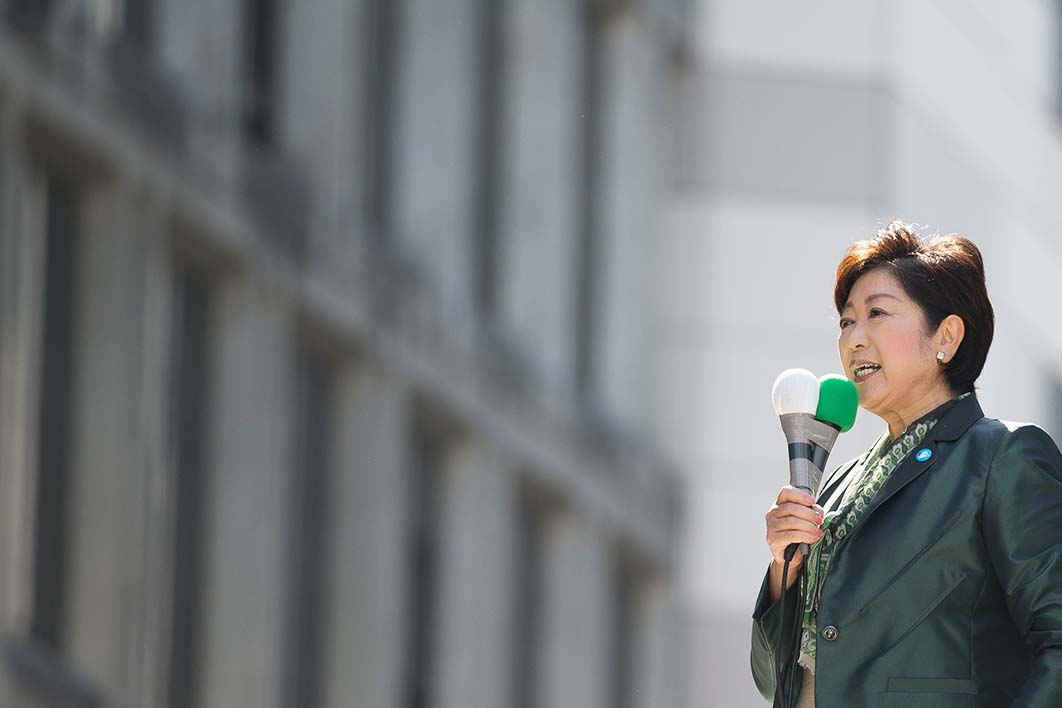 Tokyo governor and Party of Hope leader Yuriko Koike speaking on the first day of the election campaign at a railway station in Tokyo. Christopher Jue/EPA

Japanese prime minister Shinzo Abe this month took the unusual step of calling a snap election on the eve of a new session of the Diet. Opposition MPs had been eagerly awaiting the chance to pursue allegations of influence-peddling by Abe and his wife. Instead, the lower house was dissolved, and voters will go to the polls a year early, on 22 October.

Abe claimed he needed a new mandate for a plan to allocate revenue from a scheduled increase in the nation’s consumption tax (from 8 to 10 per cent) to spending on childcare and subsidised education. To many observers, this was merely a smokescreen; he had simply chosen the most propitious moment, politically, for his ruling coalition. With the villain-in-chief Kim Jong-un lobbing missiles over Japan, voters could be expected to rally round the government rather than punish it.

Since the influence-peddling scandals have been simmering for most of this year, it could also be argued that the opposition has had ample time to prove any wrongdoing by Abe or his wife. All that’s been established so far is that bureaucrats acted improperly to clear the way for the construction of educational facilities operated by friends of the Abes. Whether they did so on their own initiative or were following orders (which Abe denies) remains the unanswered question.

Partly as a result, the Abe cabinet was on the nose with Japanese voters: for every one who approved of its performance, two others disapproved. Abe sought to win back confidence by firing several unpopular ministers and adopting a more modest demeanour during public appearances. But the main reasons for the revival in the government’s ratings over the past three months — more voters now approve than disapprove — are North Korea’s missile and nuclear testing and the disarray in opposition ranks.

Abe’s conservative Liberal Democratic Party returned to power in 2012, replacing the centre-left Democratic Party of Japan (since merged into the Democratic Party), which had been in office at the time of the massive Tohoku earthquake and tsunami and was blamed for mistakes in the response to that disaster. Since losing office, the Democrats have been dogged by internal divisions, policy blunders and collapsing public support. Abe chose the opportunity of another of his opponent’s leadership changes to call the election.

Abe may also have been alert to the need to head off a flanking attack in the form of Tokyo’s female governor Yuriko Koike. Immediately the election was called, Koike stepped into the fray at the head of the Party of Hope (the name Kibō no Tō was registered earlier this year), the latest offering in a smorgasbord of new political groups over recent years. Koike has herself flittered from one micro-party to another, as well as serving in two LDP administrations as environment and then defence minister.

Last year, she defied head office to run against the LDP’s anointed candidate for governor of Tokyo. Following her landslide victory, the LDP lost its majority in the city assembly, and the stage was set for the articulate and telegenic Koike (she was a television news anchor earlier in her career) to reach for higher laurels.

Koike is not the first woman to lead a Japanese political party, but none before her has been both an English and an Arabic speaker (she graduated from Cairo University) or so at ease in a television studio. Ideologically, however, her cloth is cut from the right wing of the LDP, which was her natural home (she failed in a bid to become party president in 2008) until she flew the nest. While she was a member of the ruling party, she served as national security adviser to the right-wing think tank Nippon Kaigi (Japan Conference) and was active in advocating visits by politicians to the Yasukuni Shrine in Tokyo, where war criminals are among the honoured dead.

Like the LDP, Koike’s Party of Hope supports the amending of Japan’s postwar constitution to formalise the status of the country’s defence forces. Following the election, it is likely that, for the first time, the ruling and largest opposition parties will both be committed to constitutional reform along similar lines. If North Korea continues on its bellicose way, the revisionists will have an easier path to success.

In opinion surveys taken immediately the election was called, public support for Koike’s party soared (to more than 20 per cent in some cases). But the euphoria, if you can call it that, did not last long. More recent surveys give the new party as little as 5 per cent. (Voters in Tokyo, the most familiar with Koike’s methods, are said to be the most disenchanted.) The LDP and its coalition partner, the Komeito, are currently expected to win around 300 of the 465 lower house seats, dwarfing the sixty or so seats the Party of Hope is on track to secure.

There appear to be several explanations for Koike’s faltering bid for power. Rather than absorb into her fold all the MPs of the now-defunct Democratic Party, Koike showed her true colours by excluding liberal members who oppose any change to the war-renouncing Article 9 of the constitution. Her decision not to stand as a candidate in the election undermined the Party of Hope’s claim to be ready to govern the nation. And her party’s manifesto has been criticised as trite and gimmicky, typified by its adoption of the slogan “Yurinomics” to match the LDP’s “Abenomics.”

Meanwhile, the rejected MPs from the centre-left wing of the Democratic Party have regrouped under a new banner, the Constitutional Democratic Party, led by a well-known and respected politician, Yukio Edano. Recent opinion surveys indicate this group may return around thirty members to the Diet.

Cynics might say Japanese politics has now acquired a full set of bookends: a Liberal Democratic Party that is not liberal and a Party of Hope that has no hope. The most likely outcome of the 22 October election is the return of the LDP–Komeito coalition government. The size of its majority will determine how long Shinzo Abe remains prime minister. A desire for change may well exist in Japan — as indicated by the initial surge of support for Koike’s “coup” — but, once more, the electorate is being offered no credible alternative to the status quo. • 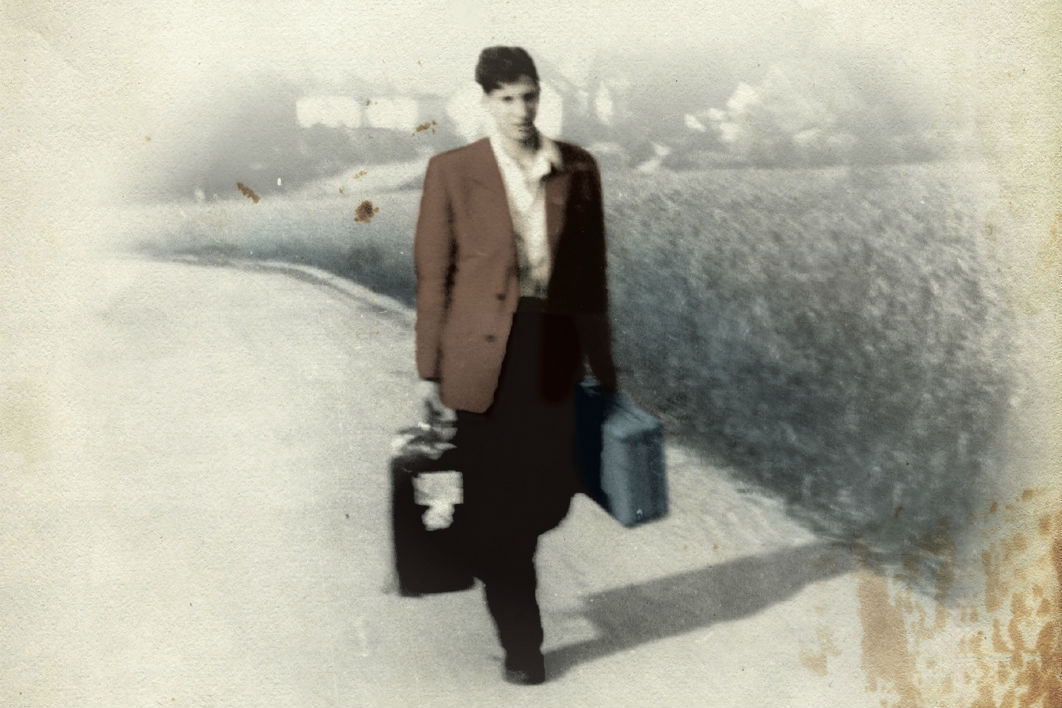