Labor’s narrow escape in Melbourne Ports, and a preference problem for the Coalition 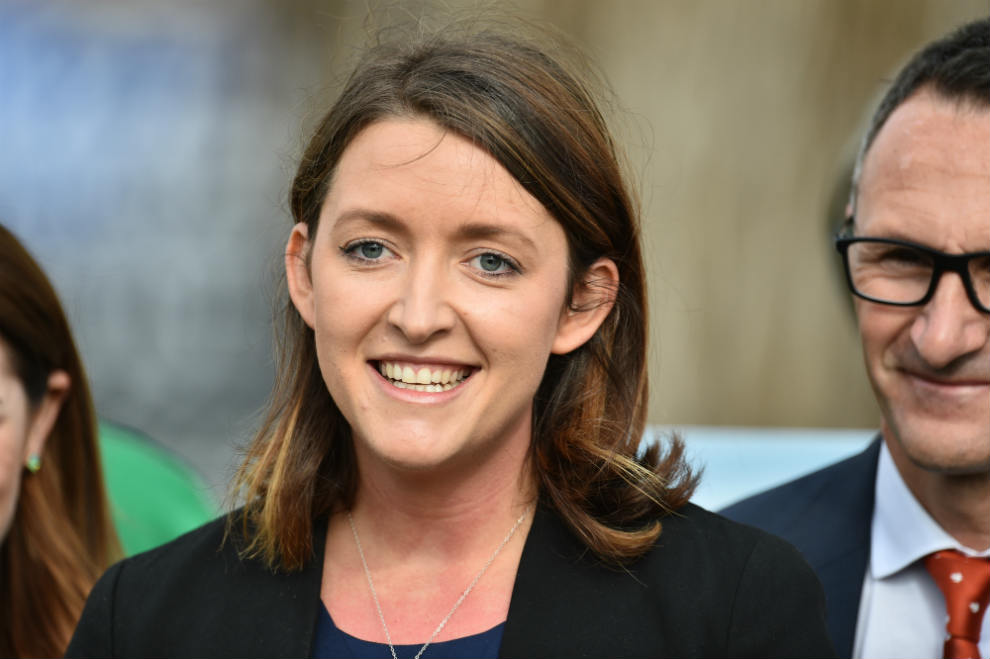 If just another 477 votes had changed hands from Labor to the Greens, Labor would have lost its previously safe seat of Melbourne Ports at the July federal election. The closer-than-expected margin is revealed in detailed results kept under wraps until now by the Australian Electoral Commission.

The results, which were finally released on Thursday, two-and-a-half months after the election, show that Labor owes almost one in four of its seats in the House of Representatives to preferences from other parties – including two seats it won on preferences from Pauline Hanson’s One Nation.

While our attention after the election focused on counting in close seats like Hindmarsh and Capricornia, the new figures show the battle for Melbourne Ports was in fact the second-closest of the 150 seats in the House.

The published results show that controversial Labor MP Michael Danby won the seat from Liberal candidate Owen Guest by 2337 votes after Green preferences. But the previously unpublished figures show the really tight race took place in the previous stage, between Labor and the Greens.

With just three candidates left in the count, a swing of 4.9 per cent from Labor to the Greens came close to eliminating Danby from the contest. Guest was more than 12,000 votes in front, but Danby led Greens candidate Steph Hodgins-May for second by just 953 votes.

Had 477 votes shifted – less than 0.6 per cent of the total vote – the Greens would have edged Labor out of second place. Labor voters’ preferences would then have decided whether the Liberals or the Greens won the seat.

If Labor preferences flowed as they did next door in Higgins, where Greens candidate Jason Ball was the runner-up to revenue minister Kelly O’Dwyer, Hodgins-May would have won the seat by almost 3000 votes, giving the Greens their second seat in the House.

To win the seat, the Liberals would have needed only to lift their share of Labor preferences from the 18 per cent in Higgins to 22 per cent. That would have given the government a majority of four rather than two, doubling its insulation against unwelcome reverses in the House or at by-elections.

Labor has held Melbourne Ports for the last 110 years, winning the seat at forty-three elections in a row. But the present trend suggests this could be its last victory in what has become Melbourne’s most upwardly mobile seat.

Once a working-class area of wharfies, tradesmen and labourers, the inner bayside seat is now the third-richest electorate in Melbourne, according to a Parliamentary Library ranking. Middle Park has become one of Melbourne’s most expensive suburbs. Port Melbourne is now a Liberal-voting area full of upmarket apartments.

Some in Labor blame Danby, accusing him of focusing on the concerns of the Jewish community rather than those of the new mainstream of his electorate, which is young, educated, and well-off with a conscience. But in reality, the main story in Melbourne Ports is the same as it is all through inner Melbourne, as former Labor supporters shift their votes to the Greens. This is the story:

So far the Greens have won only Melbourne. But if this momentum continues, it is quite plausible that they could win four seats next time, with Batman, Melbourne Ports and Wills all at risk of falling. The redistribution due in Victoria could play a part too, especially if the commissioners redraw the rather strange design of Melbourne Ports and Higgins to group like communities with like – moving Caulfield and East St Kilda into Higgins, and reuniting South Yarra and Prahran in Melbourne Ports.

If this were happening in New South Wales as well, the Greens would be a much more powerful force than they are. But the election results confirm that there they are little closer to winning a seat than they were in 2007. In the same nine years, their three-party vote in Sydney has risen from 22.2 per cent to 22.3 per cent. In Grayndler, it is up from 20.7 per cent to 26.7 per cent; but in Wentworth it has gone backwards. Sure, their opposition in these seats – Tanya Plibersek, Anthony Albanese and Malcolm Turnbull – is much tougher than it is in Melbourne, but everyone knows that is not the only problem.

The other highlight of the detailed results was the contrast between the fates of the major parties. The Coalition didn’t win a single seat on preferences. Labor won sixteen of them.

In the seats that mattered, preference flows overwhelmingly favoured Labor. In sixteen seats, Labor was running second with just three parties left in the count, yet was lifted to victory by preferences from the party coming third.

The detailed results confirm complaints by the Liberal National Party in Queensland that One Nation preferences were responsible for Labor’s winning the only two seats it gained in the state, Herbert and Longman.

In Longman, on Brisbane’s northwestern fringe, the Coalition’s youngest minister, Wyatt Roy, led by 422 votes when the count was down to the final three. But when officials counted preferences from One Nation, which came third, 56.5 per cent of them went to Labor’s Susan Lamb, giving her victory by 1390 votes.

One Nation had directed preferences to Labor in Longman, but in the Townsville seat of Herbert, it issued a split ticket. With three parties left in the count, LNP backbencher Ewen Jones led by 1264 votes. But the 18,795 One Nation voters swung that around, giving Labor’s Cathy O’Toole a thirty-seven-vote win in the closest contest of the whole election.

There were three areas where smaller parties got big votes: the Greens in inner Melbourne, the Xenophon team throughout South Australia, and One Nation in rural Queensland.

Pauline Hanson’s party beat Labor into third place in the outback seat of Maranoa – and won almost half the preferences of Labor voters. The closest it came to winning a seat, however, was in the southern border seat of Wright, where it finished behind Labor but could have won the seat with another 10 per cent of the vote.

The Xenophones won only one seat, Mayo, where Labor preferences pushed them above the Liberals. While Nick Xenophon refused to direct preferences to either side, his voters certainly preferred Labor, by a 60­–40 margin, both across South Australia and in the marginal seat of Hindmarsh, where they wiped out the Liberals’ lead and gave the seat to Labor.

In all, the Greens’ preferences broke overwhelmingly to Labor, 82 per cent compared to 18 per cent for the Coalition. All other minor parties and independents taken together broke almost evenly, favouring the Coalition by just 50.75 per cent to 49.25 per cent – even though most of them would be considered parties of the right.

One thing the Coalition might have hoped for when Malcolm Turnbull replaced Tony Abbott as prime minister was that Turnbull would attract a bigger share of preferences. Itdid marginally better with the Greens, but their share of preferences from all the other parties and independents was in fact lower than in 2013, when it was 53.3 per cent. In an election where the minor parties were collectively bigger than ever before, it was one of the reasons the Coalition ended up just scraping home. •

Tim Colebatch is a regular contributor to Inside Story, and former economics editor and election analyst of the Age.