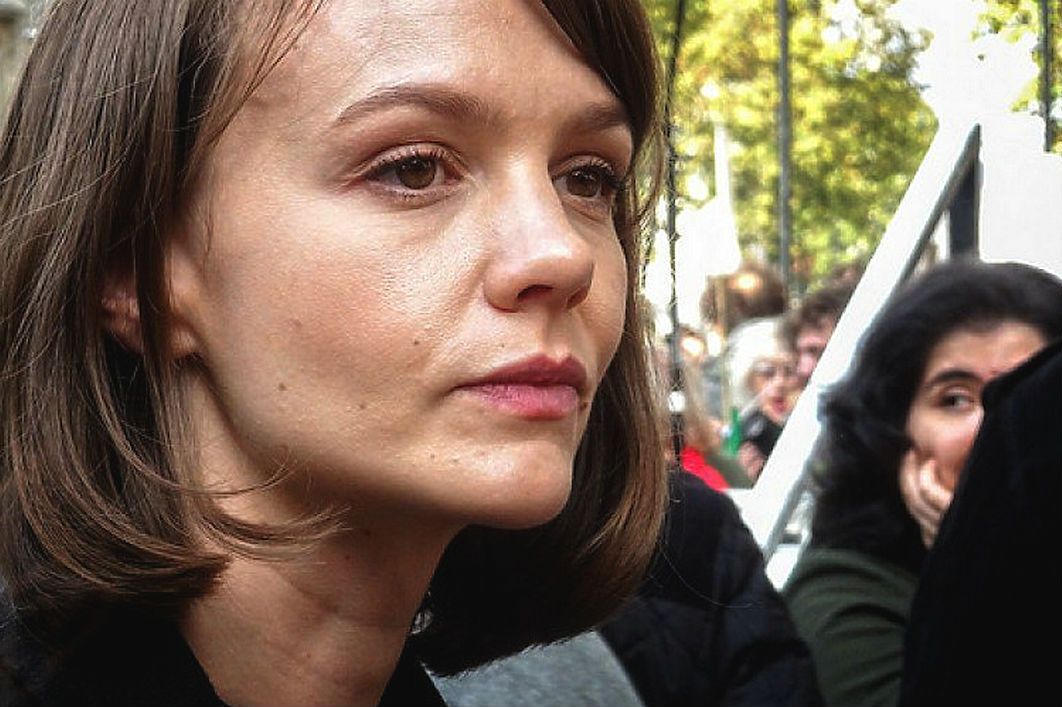 New TV drama genres and subgenres are proliferating, yet the crime thriller still dominates the international markets. Perhaps it is the lure of the plot: the dark mystery, the suspense of lurking danger. These effects are harder to pull off than they might seem, though, and most attempts result in a pastiche of hackneyed scenes and tired storylines.

Two recent series from Britain break the conventions by subordinating the crime story to a larger social drama. Both are dominated by an all-encompassing sense of crisis. Both boast impressive talent at the helm. And both, unusually, are the work of a single writer rather than a scripting team, giving the authorial licence that can allow for stronger thematic qualities to emerge.

Collateral (BBC/Netflix) is the work of one of Britain’s most distinguished dramatic writers, David Hare (the films The Hours, The Reader and Plenty are among his credits) and director S.J. Clarkson, whose track record includes Life on Mars and Orange Is the New Black. Hard Sun (BBC/Hulu) is directed by Brian Kirk, who made a key contribution to the first season of Game of Thrones, and written by Neil Cross, creator of Luther.

Credentials like these give rise to high expectations, though the mixed response to the two series so far may indicate the unfamiliar challenges they present to viewers primed for a more generic approach.

From the start, Collateral pitches us into a world of strange angles and exaggerated sounds. The opening shot is taken from the inside of a pizza oven, with the camera looking out at the server opening the door. After an altercation about who’s to do the delivery job, we follow the box as it is whisked away on the back of a motorbike, taken up a staircase whose wrought-iron railings cast twisted shadows on the wall, and passed through the door of an apartment to a woman holding a screaming baby. She asks if it has “special topping,” hands him a few coins, and slams the door.

Shots inside and outside the flat are intercut, with corresponding shifts in the soundtrack’s focus. We hear footsteps on carpeted stairs as the delivery guy runs back down the stairs; the woman tosses the box and its contents into a corner as the baby continues to wail; another door slam signals an exit into the street below. Then there are three shots, and as the victim falls the coins of the tip jingle on the pavement.

Hare knows when to subordinate dialogue to the communicative artistry of the cinematographer (Balazs Bolygo) and sound editors (Oliver Brierley and Stephen Phillips). He also knows how to trust actors, understanding that the words they speak are as much a form of behaviour as a means of relaying information. The best television actors have ways of composing subtle languages of manner and expression, and the casting director for this series (Lucy Bevan) has assembled an A team, headed by Carey Mulligan as detective inspector Kip Glaspie.

Mulligan’s early career in the movies was an illustration of the old adage that your face is your fortune. With the delicately etched features of someone barely out of childhood, Mulligan was typecast as the romantic ingenue, a delicate weepy girl who specialises in the art of smiling through tears. As Gordon Gekko’s wronged daughter in the 2010 sequel to Wall Street, a role of insufferable sentimentality, she was in tears in almost every scene. In The Great Gatsby she was picture perfect as the deluded millionaire’s dream girl, Daisy Buchanan.

Here, against type, she gets to play an assured professional whose fleeting smile appears only as punctuation for a sardonic comment. There’s a scene in which a politician, played by John Simm, approaches her outside the station to discuss a highly sensitive aspect of the investigation. “I have to guess whether you’re someone I can trust,” he says. Without breaking eye contact, Mulligan leans against the bonnet of her car, arms folded, and invites him to “Guess away.” She does inscrutable to perfection.

Mulligan as a screen presence contrasts very effectively with Nicola Walker, who has a major role as a priest in a fraught relationship with the prime witness. Walker’s broad, open face and natural warmth make her a much-needed point of emotional connection for the viewer. And there is a very nice rapport between her and Simm, as both find themselves drawn into ugly forms of compromise.

Glaspie’s investigating partner Nathan Bilk (Nathaniel Martello-White) is always one step ahead of the witnesses, picking up immediately that there’s something fishy about the “special topping” on the pizza (it doesn’t mean anchovies) and that the allocation of the fatal delivery job was not, as the manager claims, random.

This is not a story in which time is wasted on false leads, though leads run in all directions, most of them weighted with personal crises. A traumatised army captain, played by Jeany Spark, is at the centre of the investigation; the two sisters of the murder victim are trying to avoid deportation to Syria; and the sole witness is a young woman who has overstayed on her student visa.

Immigration is an increasingly common theme in British television drama. At least in theory, the plight of those living under threat of deportation adds pathos and tension to a storyline. But it is a challenge to portray this plight in any compelling way when the viewer’s primary engagement is with a savvy police detective. Genre expectations remain strong: we want the detective to get on with the case rather than become emotionally involved with someone in an impossible predicament.

Hare seems to be trying to straddle the suspense lines of the crime thriller and the social themes associated with an English tradition of left-wing political drama. The blend is intelligently handled, though the drama is not always compelling and some of the political points are well worn.

Simm’s character is a Labour shadow minister who refuses to toe the line when his leader compromises the party’s stance on refugee protection. He’s the lone hero who stands on principle, a Jeremy Corbyn figure from the 1990s. With Corbyn as party leader, that narrative is outdated; the current splits in British Labour happen when MPs cross the floor to support the Tory government.

Where Collateral is tightly structured and delivered in four one-hour episodes with no plans for a second series, Hard Sun’s first six episodes are part of what Neil Cross calls “a five-year plan” for the story’s arc. What dominates that arc is the discovery of data detailing how a “hard sun” event will terminally scorch the Earth in five years’ time.

This idea, and the atmosphere Cross and Kirk seek to create in portraying a doomed London, has its origin in a track from David Bowie’s 1976 Ziggy Stardust album, Station to Station. In the song, Bowie wanders through the streets knowing that the planet has only five years left. Instead of descending into a Megadeth dirge, says Cross, Bowie’s vision gives an “absolute value” to everything he sees and everyone he passes.

It’s hard to find much of that kind of vision in Cross’s own storylines, which veer between outbursts of shocking brutality and prolonged sequences of low-key tension. Early in the first episode we see someone falling from the balcony of a high-rise apartment block and being impaled on the branch of a tree, a USB drive dangling from his bloodied hand. Whatever is on the drive has a devastating impact on those who look at it.

Agyness Deyn plays the hard-bitten detective inspector Elaine Renko, a lanky androgynous figure who evokes something of the Bowie persona, though Deyn, despite being a former celebrity model, leaves the glamour out of it. That shows some dramatic discipline. It’s an almost deadpan portrayal most of the time, and when emotional reactions do break through they are kept sternly within bounds.

Renko’s brief is to keep a watch on her partner detective chief inspector Charlie Hicks (Jim Sturgess), suspected of murky dealings that may have led to the death of a colleague. The mistrust between them breaks out into violence as they battle with the vast implications of the secret they discover when they locate the drive with the classified government data file codenamed “Hard Sun.”

The file has been hacked and retrieved from the murkiest depths of the dark web with the introductory announcement, “Reality is broken.” An MI5 operation fronted by the sombre and imperturbable Grace Morrigan (Nikki Amuka-Bird) is set to track down the file and suppress it, but Renko is determined to make it public. When she delivers it to a journalist, though, things take another twist: the BBC’s Hardtalk is coopted in a media campaign to treat it as a hoax.

It’s a brilliant set-up for a hard-edged story, but, frustratingly, this one goes off the rails, spinning out into a series of plotlines involving suicides, tortures, beatings and kidnappings. Over-pitching the action is an all-too-common mistake in television thrillers, and here the constant parade of brutalities distracts from the political and psychological tensions that are its most promising ingredients.

Whether Cross will get the opportunity to see out his five-year plan for the series remains to be seen. In Britain, ratings dropped by over 30 per cent over the first four episodes, and the bid to attract an Australian audience has been tentative, with Channel 7 allocating it a late-night slot. (The whole series is now available on demand through 7Plus.)

There is, at least, news that season two is in production. Some drama series improve as they go and this has the makings of a long-running enterprise if Cross can commit more fully to the magnitude of this theme and the production team can focus, in the spirit of Bowie’s evocation, on the poetics of a doomed London. ● 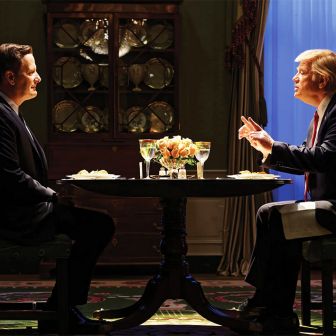 Essays & Reportage When the personal became political Michelle Arrow 6 October 2020 The seventies were a decade of extraordinary social upheaval, writes the presenter of this year’s Ernest Scott Lecture 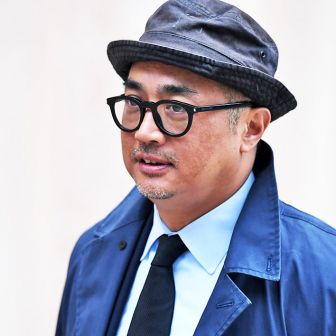 Are we all the losers in the High Court’s quest for consensus? 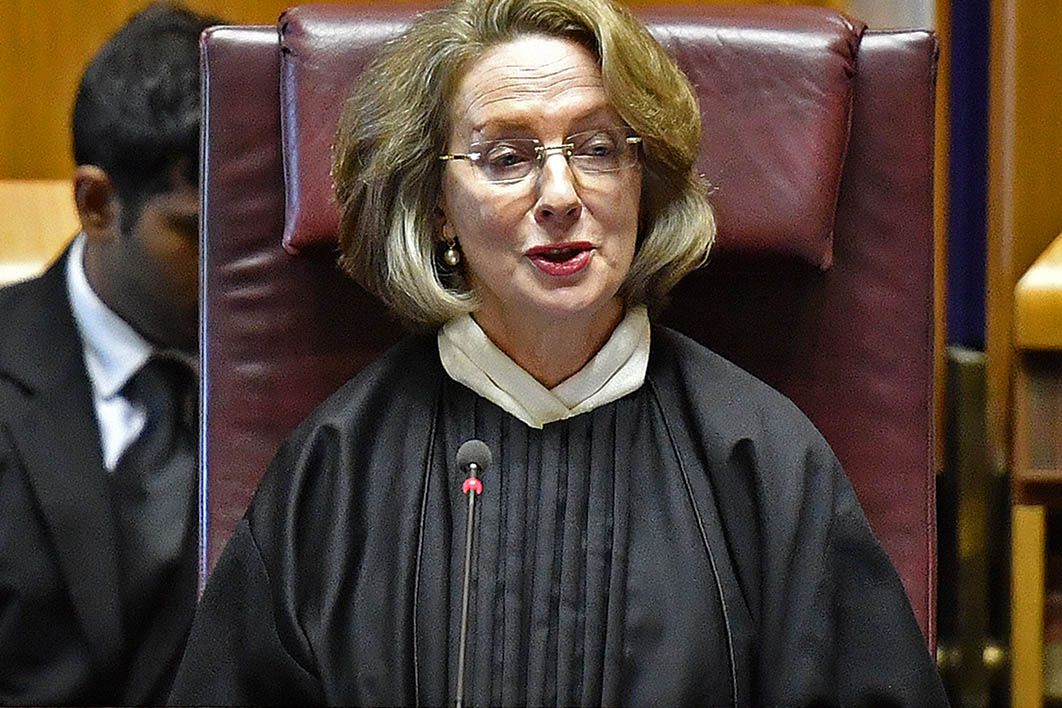