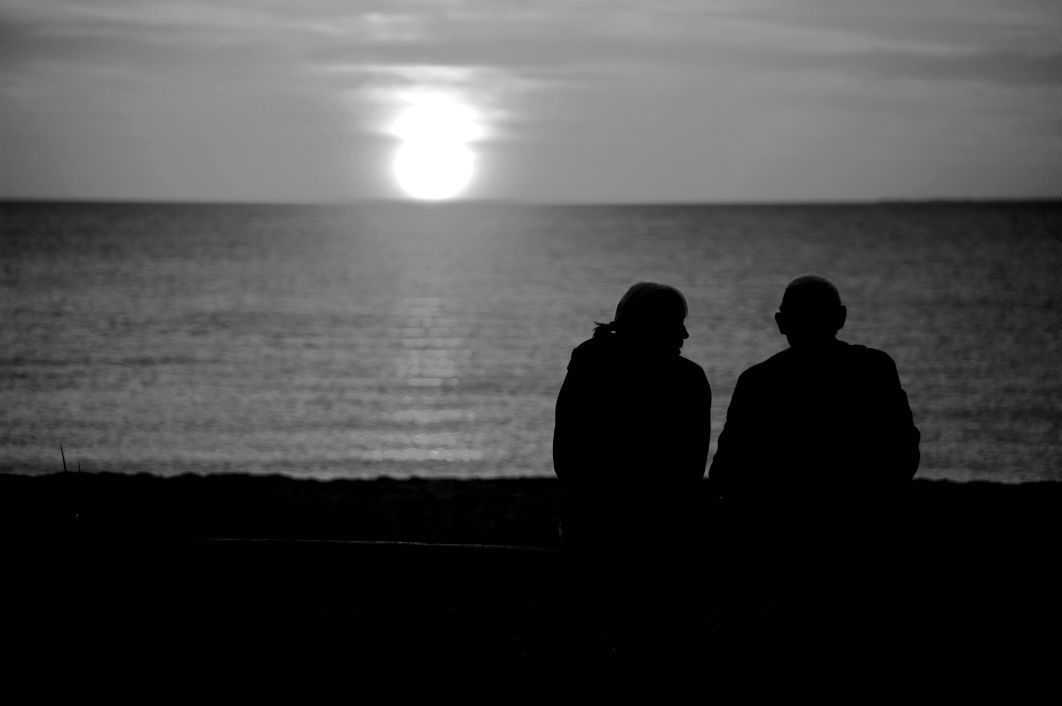 When we hear the word “dementia,” we immediately think of Alzheimer’s disease. But although this is the most common form of medically classified dementia, the condition has many other causes. Here, I want to concentrate on age-related cognitive decline, which can lead to symptoms similar to, and even the same as, medically classified dementia — including a deterioration of memory or other thinking skills, which can compromise a person’s ability to perform everyday activities.

Age-related cognitive decline and other forms of dementia are currently incurable and can cause great suffering, especially for caregivers. Medicine’s tendency to tidy conditions into diagnoses can mean that we avoid saying that this problem is simply a part of ageing. Dementia has an incidence of less than 5 per cent in people between the ages of sixty-five and seventy-four, and more than a third of people over the age of eighty-five.

Cognitive decline is a dynamic and highly variable process: some cognitive functions may improve, others decline and some not change. It is not a neurological or psychiatric disease and doesn’t inevitably lead to the same degree of nerve-cell death and degeneration present in Alzheimer’s disease and other forms of “medical” dementia.

George’s own life had come to a halt. He had been confined to his house almost twenty-four hours a day for the past three years, helped by some community-based care in the home for the past six months.

Even with the many assessment tools we have, the condition is not easy to pin down. There are no blood tests for diagnosing dementia of any sort, although it is the subject of research around the world. There are no specific changes identifying cognitive decline in ageing in any of the imaging we have, no matter how sophisticated. And the cognitive tests we use are influenced by many factors, such as education, cultural background, health and occupation.

While some promising drugs are undergoing trials, particularly for the early stages of dementia, the bad news is there is currently no cure for either medical dementia or age-related cognitive decline. We encourage an all-too-willing public to spend millions searching for the cure, but sufferers and their carers are often seriously neglected. None of the extensively studied potential cures has worked, but that hasn’t stopped medical experts using phrases like “are routinely prescribed” or “should be considered” when discussing treatments. This is in spite of the serious and sometimes life-threatening complications that can accompany such drug use, especially in the elderly.

Apart from searching for an elusive cure, how should we manage people with dementia? First, by acknowledging that cognitive decline is a normal part of ageing, like our skin changing as we get older. That may help to decrease the stigma and confusion that sometimes surrounds the condition. We should also make it clear to our families that if serious dementia were to cripple who we are, we may not want potentially treatable medical conditions to be actively managed, especially if it means being admitted to acute hospitals and undergoing aggressive life support in an intensive care unit.

We could also be more honest about the prognosis and course of severe end-stage dementia, so that family members and other carers can understand just what is in store for them and their loved ones. Even severely demented patients may live up to one or two years. Survival time largely depends on the existence of other medical conditions and the comprehensiveness of care.

We can also address the problem of how to appropriately support the increasing numbers of patients and carers whose lives are severely compromised by dementia in all its forms. This may not be as glamorous as finding a cure but it is of crucial importance to patients and their carers.

Most importantly, we could divert some of the huge amounts of funding currently devoted to finding a cure for dementia and instead focus on determining the most effective way of providing support for the sufferers and their carers so that they might live with quality and dignity. This would do more to ensure that the burden of care is shared by society and not borne by individuals. In contrast to society’s willingness to pay almost obscenely large sums of money for new medical technology and drugs, those who are paid to care for the elderly infirm are on equally obscene low wages — or, in the case of family caregivers, are unpaid.

The problems facing caregivers were illustrated for me by George and his wife Lorraine. George was sixty-seven and had been caring for Lorraine at home since she had developed early dementia eleven years earlier. Lorraine had been admitted to hospital four times over the previous twelve months, twice with a life-threatening urinary tract infection and twice with life-threatening pneumonia.

On each occasion, George recognised the symptoms of the infection early and rushed her to hospital. Twice she was admitted by the renal physicians for her urinary tract infection and twice by the respiratory physicians for the pneumonia. Each time, the correct treatment was delivered. It’s not complex — a barrage of investigations, followed by intravenous fluids and antibiotics. What is more difficult, and what is not in many textbooks, is the contextual aspect of treatment.

Lorraine had severe dementia. She couldn’t bathe or dress alone; she couldn’t walk without assistance; she needed to be fed; she was incontinent of faeces and urine; and she couldn’t speak in an understandable way.

Despite well-meaning social workers, George did not receive coordinated support in the community. Four different government departments were involved, and it took George many months — and the help of friends and a network of people facing similar challenges — to discover their existence and ascertain their respective roles.

Two of the “support” systems had waiting lists; George and his wife had never reached the top of either list. The other two provided sporadic and sometimes unreliable assistance. Even permanent institutionalisation involved a nine-month waiting list — or three months, if you had the funds to pay for it privately. But George wasn’t ready to put his wife in an institution.

He acquired most of his support skills from staff in the hospital while her infections were being treated: how to provide physiotherapy for her chest and limbs; how to feed her effectively; how to prevent pressure areas; and how to detect infections before they took her life. George’s own life had come to a halt. He had been confined to his house almost twenty-four hours a day for the past three years, helped by some community-based care in the home for the past six months. He found it increasingly difficult to lift Lorraine in and out of the bath, to change her nappies and to dress her. He was also very lonely. Friends and family rarely visited.

I met George during the course of Lorraine’s fifth hospital admission. The intravenous fluids and antibiotics were not enough to stabilise her. She was the subject of an urgent call on the wards for low blood pressure.

When I arrived on the general ward to assess her suitability for admission to the intensive care unit, George was distraught and the overworked nurses on the general ward were run off their feet. I agreed to admit her with limitations on treatment. We were to continue the antibiotics and fluids but not to put her on life support, nor give her drugs to support her blood pressure.

In the relatives’ room, I explained to George that severe dementia was a fatal condition and his wife was coming to the end of her life. He was shocked. “Nobody told me that!” I tried to explain how the fragmentation of medicine and healthcare delivery can often give mixed messages — or, in this case, almost no messages.

I followed up the conversation the next day with another meeting. This time George was accompanied by his two sons and daughter. I explained that their mother’s condition was terminal. We would cease the monitoring and do no more investigations; we would forget about the rigid visiting times and number of visitors allowed at any one time and attend to Lorraine’s comfort and theirs.

Lorraine died two hours after we talked, by which time George had gone home to catch up on some much-needed sleep. I asked the nurse to ring George and tell him his wife had suddenly deteriorated but not that she had died. This is the normal procedure after someone has died. Maybe it’s something to do with the impersonal nature of the phone; the police also usually deliver the news of a death personally rather than over the phone.

The ward round was finished and I was standing by my car, about to leave the hospital, when I saw George arrive. He was clearly anxious, wondering, I supposed, how she could have deteriorated even further than the state she was in before he had left. For a moment I considered following him back up to the ICU. To be there. To explain and share. No, I decided finally. I had said all that was necessary. George and his family now needed to grieve in their own way. •

This is an extract from A Good Life to the End: Taking Control of Our Inevitable Journey Through Ageing and Death, by Ken Hillman (Allen and Unwin, $29.99).

Ken Hillman is Professor of Intensive Care at the University of New South Wales.

For reasons known only to himself 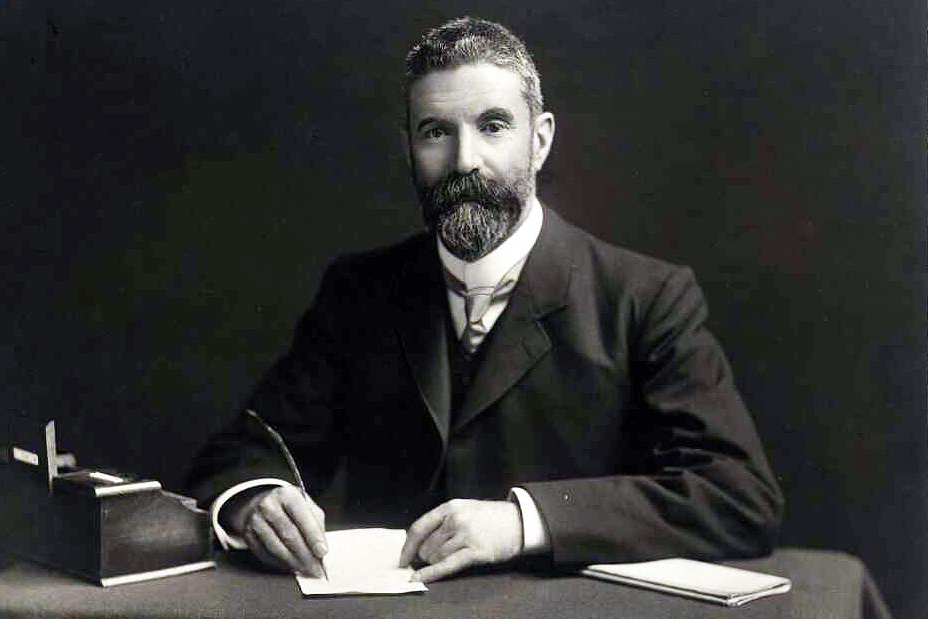