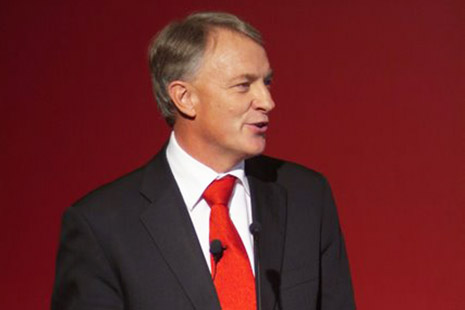 SIX MONTHS after the government-changing election of November 2008, New Zealanders show little inclination to change again. After winning 45 per cent of the vote at the election, John Key’s Nationals have actually strengthened in the opinion polls, with support now firmly above 50 per cent. Labour, meanwhile, under new leader Phil Goff, is languishing in the low 30s.

It is hardly surprising that the Key government is travelling comfortably. In 2008, after nine years of Helen Clark’s Labour government, Kiwis were ready for change. They have not yet been given any reason to swing back. The Key government is seen as a strong financial manager in these troubled economic times. As in Australia, the global financial crisis has allowed the government to backtrack on election promises, such as promised tax cuts, without fear of a voter backlash. The government is viewed as being prudent, and many people feel it would be reckless to act any other way.

Phil Goff has done a steady job as the new Labour leader, gently nudging the government on economic issues rather than striking any telling blows. The most dramatic action on his side of politics has been the resignations from parliament of Helen Clark and her deputy, Michael Cullen. Clark has moved on to her new role as the head of the United Nations Development Programme, and her departure has created a challenging test for Labour – a by-election for her old seat of Mt Albert on 13 June. (Because Cullen was a “list MP” under New Zealand’s Mixed Member Proportional system, his replacement, Damien O’Connor, has already been selected from the Labour list.)

The challenge for Labour is to retain a traditionally safe seat without Clark’s high profile and in the midst of the Key government’s extended honeymoon. Labour has a strong attachment to the seat (briefly re-named Owairaka from 1996–99), with just two long-serving MPs holding it over the past sixty years – Warren Freer from 1947 to 1981, and Clark since then.

Last year Clark beat her National opponent by a massive 30 per cent. But the party vote (which decides the proportions in parliament) in Mt Albert was much closer – with Labour ahead by only 7 per cent, and it’s that figure that provides a more accurate indicator of the closeness of next month’s contest. In fact, given the polling swings since the last election, Mt Albert is very evenly poised. Labour has pre-selected David Shearer, who was deputy head of the United Nations mission in Iraq, from a large field. He was Phil Goff’s preferred candidate, and his preselection shows that Goff has a secure hold on the leader’s position, at least for the time being.

So far, National has had limited success in targeting Shearer for views he expressed several years ago on the use of private militia as an alternative to government forces in conflict. Shearer has advocated the use of private armies in areas where organisations are unable to commit their own forces. This seems like relatively weak form of attack by National, with no particular resonance in a by-election that will largely be fought on local issues and the government’s first budget (to be delivered on 28 May). In fact, it possibly helps Labour to have Shearer’s credentials highlighted. But it may yet prove to be a strategically clever ploy by the government.

National has selected Melissa Lee as its candidate. Lee was elected to parliament as a list MP last November, and is New Zealand’s first Korean-born MP. Lee is a very real chance of winning the seat. Although only new to parliament, the former journalist and TV presenter appears to have the credentials for a strong parliamentary career. Unfortunately for someone embarking on a political career, though, her main burst of publicity so far centred on her selection as one of the most beautiful politicians in the world (along with Australia’s Melissa Parke, Kate Ellis and Penny Wong, among others).

It is an interesting quirk of New Zealand’s voting system that sitting list members can contest a by-election without putting their own list seat at risk. List members are elected from a party list to top-up electorate members, ensuring that party support at the election is reflected in the parliament. List MPs are allowed to contest subsequent by-elections, and if they’re successful their list seat is taken by the next person on the party list.

Apart from Lee, two other list MPs will contest the by-election. The ACT party’s John Boscawen, who was number two on his party list, is there to promote the party brand. He has no chance of winning, with ACT capturing only 4 per cent of the vote last November. The other list MP to announce his candidature is the Greens co-leader Russel Norman. Norman’s candidature poses more interesting questions, as the by-election, like all New Zealand electorate contests, is conducted under the first-past-the-post system.

Although the Greens only received an 11 per cent party vote at the November election, Norman’s higher profile would normally be expected to boost that figure. But it is unlikely that the Greens will poll higher than the National’s Lee. Instead, it is highly probable that the Greens will lock up enough of the left-of-centre vote to prevent Labour from winning. Of course, the Greens will justifiably argue that Labour supporters should come across to the Greens to prevent a National win.

Labour’s best chance of retaining Mt Albert may be to encourage Green supporters to vote strategically – by voting Labour to prevent the National Party from winning the seat. Whether Green supporters are willing to vote for a private militia advocate remains to be seen. • 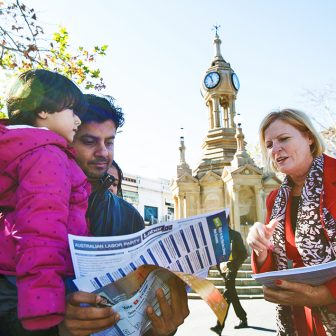 National Affairs Whose heartland? Peter Brent 10 November 2021 Once seen as fabled “Howard’s battler” territory, Parramatta will be looking for a new MP at the next election
Close