Cinema | Familiar scenes at the Oscars, and At Eternity’s Gate reviewed 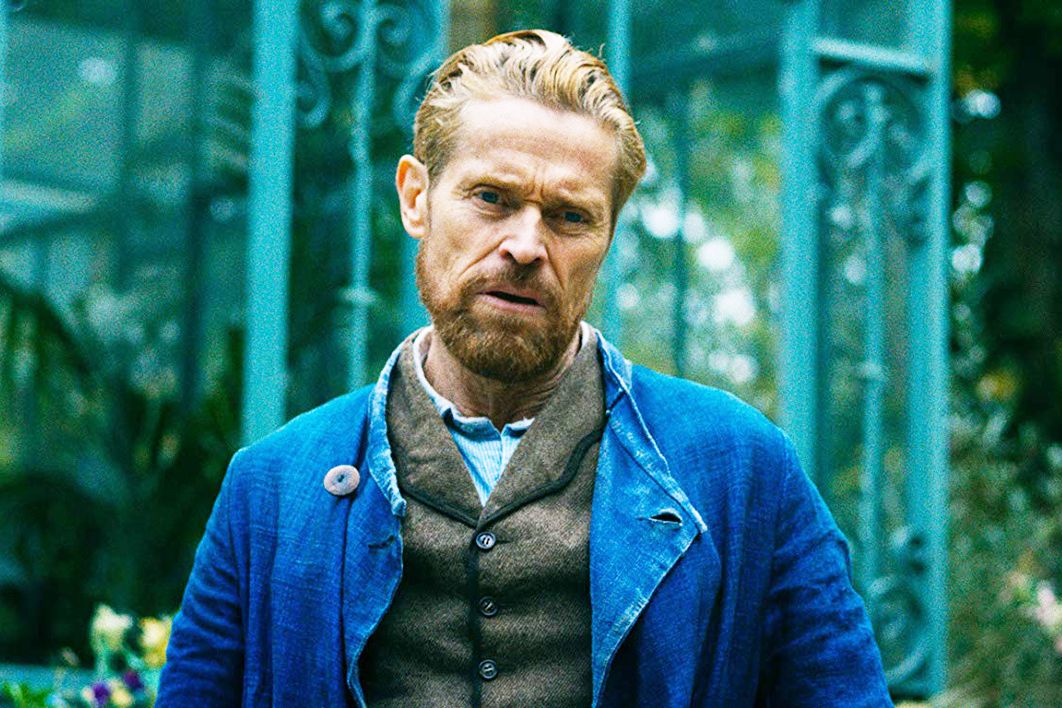 So the best picture didn’t win Best Picture. It’s happened before. It will happen again.

In the Academy press room, Spike Lee compared Green Book to Driving Miss Daisy, which won Best Picture twenty years ago, when his groundbreaking Do the Right Thing wasn’t even nominated. “Every time somebody is driving somebody, I lose,” he said. “They just change the driving positions.”

The Oscar for Green Book, ahead of BlacKkKlansman and Roma and, for that matter, Black Panther does say something about where the heart of liberal Hollywood is right now. It wants reconciliation without tears. It is still not ready to face the toughest truths about the American past, and its present. Victimhood is okay. Arguments followed by warm reconciliation are okay. But spiky, pointed representations of a recent past that included thousands of lynchings, at a time when racist killings are ignored by a president playing to a gallery of white grievance: nah.

I take an anthropological view of the Oscars. This is a ceremony at which the storytellers tell stories about themselves. So the Best Picture vote tells us something.

Oscar nominations are voted on by the guilds: writers determine writers, directors determine directors, and so forth. But all Academy members get to nominate and vote for Best Picture. They are still overwhelmingly old, white and male, despite determined efforts by the Academy governors to diversify the membership. (And once an Academy member, you’re a member for life.) The Best Picture award is, in a sense, a snapshot, a poll and, yes, a popularity contest. It’s voted on by digital designers and hair and makeup people and sound mixers as well as the big names on the red carpet. It is speaking for a broader Hollywood, and the members wanted a film that would make them feel good about the race issues rending America.

And feel-good is what they got, with predictable tropes: a story about a casually racist white guy (Viggo Mortensen as Tony “Lip” Vallelonga) driving the fastidious, elegant Dr Don Shirley (Mahershala Ali) on a music tour through the segregated south, which in the end has the white guy saving the black guy’s bacon then, after the black guy has learned the white guy a thing or two, welcoming him into the arms of a big, boisterous Italian-American family.

The film has been popular with audiences at the same time as it has been fiercely rebuked by many for perpetrating the tired “white saviour” trope. And there is truth in that. To be fair, the film does honour Don Shirley’s music, and it does, clunkily, show Shirley instructing Vallelonga how to write love letters to his wife. This, I imagine, is a pass at making the white man learn from the black. Equalising, you know?

But — music aside — the balancing act doesn’t convince.

“We did the best we could with the material we had,” said Mahershala Ali, who won Best Supporting Actor for his role as Shirley.

“This is a film about love,” declared director Peter Farrelly from the stage. “We are all the same.”

No we aren’t, because black and white pasts and present experiences are so very different. We are not there yet.

Viggo, what were you thinking?

At Eternity’s Gate is by Julian Schnabel and that says something. Schnabel, a painter and filmmaker, famously infuriated the critic Robert Hughes, who held him up as an example of all that was shabby in postmodernism. Hughes was wrong. Any critic who draws an aesthetic line in the sand should be aware that the next wave will wash over it.

Schnabel’s films are, broadly, about artists and what drives them. He is drawn to outsiders. Basquiat (1996) portrayed the street artist Jean-Michel Basquiat. Before Night Falls (2000) was about the Cuban writer Reinaldo Arenas, who daringly escaped homophobic Cuba to find freedom in New York and then died of an AIDS-related illness. The Diving Bell and the Butterfly (2007) told the story of Jean-Dominique Bauby, who suffered “locked-in syndrome” after a massive stroke but learned, laboriously, to write, and described his condition in a memoir published just before he died.

Van Gogh is a natural subject for a director fascinated by the process of creating. In Willem Dafoe (nominated for best actor in the Academy Awards) he has found an unforgettable van Gogh. His Vincent is both lonely and yearning — longing for a community of fellow artists, of friendships in Arles. He is also obsessed with showing those around him the world he sees. That gaunt face, that huge jaw shaded by the artist’s beard, is made for van Gogh, and we spend considerable time reading it. Despite a couple of cheesy lines, it’s a compelling performance of shifting moods. Elation, bliss, bewilderment, misery. Nothing overstated.

Broadly, At Eternity’s Gate tells a story of the last years of van Gogh’s life, his passage to Arles, his bonds and his missteps in the community there, his confinement in a lunatic asylum, his release, and his death.

It’s an exceptionally strong cast. Good actors like working with Schnabel: Oscar Isaac as Gauguin, Rupert Friend as Theo, Mads Mikkelsen as a compassionate pastor, Emmanuelle Seigner as Madame Ginoux, Mathieu Amalric as Dr Gachet and, in a single arresting scene in an asylum, the great Niels Arestrup.

There are two contentious things about this film. One is the version Schnabel gives us of van Gogh’s death, at thirty-seven, by gunshot wound to the stomach. The accepted version is suicide, but Schnabel has embraced the theory posed by two recent biographers, Steven Naifeh and Gregory White Smith, that the painter was shot accidentally by others. (There is some evidence, both forensic and circumstantial, to support this.)

The other issue is the cinematography. Director of photography Benoît Delhomme uses a handheld camera for many sequences in an attempt to show how the artist sees the light and landscape. At times he uses a dioptre, which gives more depth of field but splits the image. Most of the time, this shaky pursuit of light in nature works, and enhances the mood. But there’s just a little too much bobbing through wheatfields. Mercifully, key scenes are not shot this way.

Despite the wobbles, this is a rewarding film that manages to show not just a way of seeing but a state of mind. There is no doubt that van Gogh suffered considerable mental torment. His great bursts of productivity, broken by misery, may well have been bipolar.

We will never really know. But I am sure we will never see a better van Gogh than this one. • 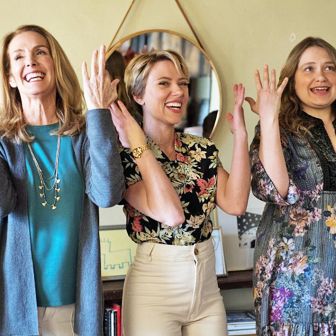 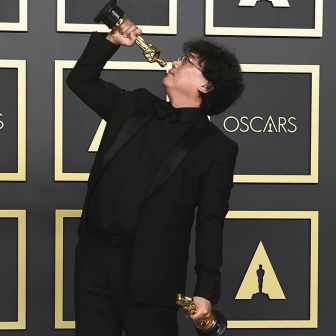 Who owned the owners?

Books | As the power of newspapers grew, the real press barons increasingly hid their control with elaborate ruses 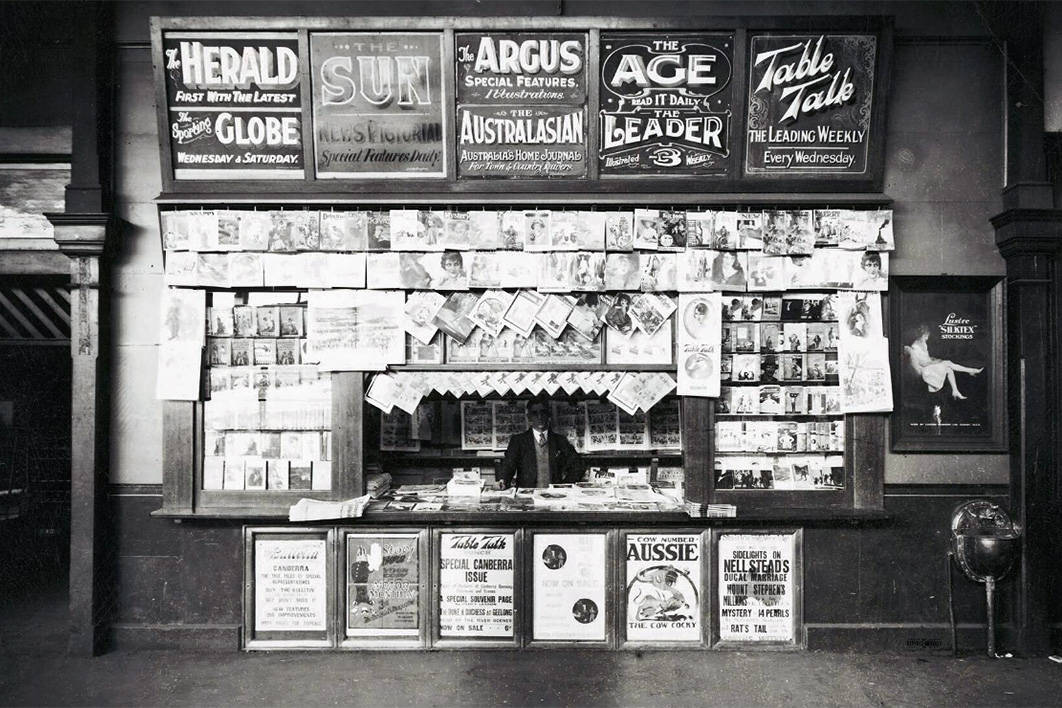