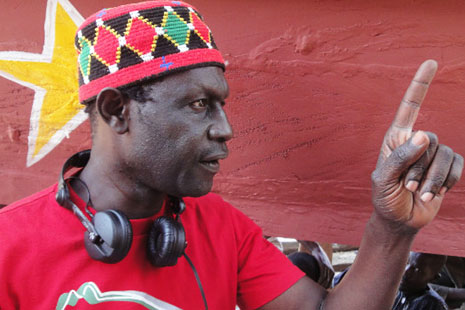 THE films come from fifty countries; sometimes the map is jumbled – there is a New Zealand documentary on the disappearing qiddiq, a beautiful white dog which is almost extinct in the Arctic; there is a Canadian film about Hindu beauty queens, an Italian film that takes up Shakespeare, an Australian one that travels into Greece and France, and a stunning Korean animation (The King of Pigs). A film festival will always be virtual travel, sometimes to times and places you wouldn’t really want to go. But then you do, and the globe shrinks. The third and fourth worlds are there on the screen at the festival, a major event on a big city’s cultural calendar; and so they become felt as just outside the window, round the corner.

That thought arises as we watch the gruelling La Pirogue, in which an open boatful of young Senegalese men and one young woman – who’s a stowaway – endure a stormy, futile journey in the Atlantic, trying to reach Europe via the Canary Islands. This one made the special list for Un Certain Regard at Cannes, where one comment was that its subject-matter and point of view would be “likely of little interest to those outside continental Africa.” Not so; it is and should be of interest wherever refugees are turning up. The principal boatman, Baye Laye, is a young man with a family; the glimpses of his neighbourhood in Dakar help to show why he’d put himself and others at risk to try for a better life, though joining the boat is clearly against his better judgement. The director, Moussa Touré, keeps a close grip on the action in the crowded boat; quarrelling, endurance, dread about food and water, weather and directions. “Go back to where you came from”? Some of them do, and in this kind of story it can be a choice between tactical retreat and death.

Such a work finds its place in global cinema circuits, and it’s largely because of film festivals – however much you might curse the length of the queues these days – that an African film like this one can deliver its message to the West. That message isn’t very different from the one Frantz Fanon sent in his unforgettable book Les Damnés de la Terre (The Wretched of the Earth) more than fifty years ago. What’s different is that today, knowledge is unavoidable. La Pirogue confronts the culture-minded middle class with the faces of human desperation, the looks and the likes of the people we take into detention centres, and whose lives we then submit to minute inspection by ASIO.

Another place you mightn’t choose to visit is the inside of a high-security prison. In Cesare Deve Morire (Caesar Must Die) the great veteran co-directors Paolo and Vittorio Taviani take us inside the bleak concrete spaces of Rome’s Rebibbia jail to tangle with a no-budget production of Shakespeare’s Julius Caesar by a cast of inmates. You may have to supply a good many of the original lines for yourself, as one does with Grigori Kozintsev’s Lear and Hamlet, but that makes this a more active film experience, an astonishing double marriage of theatre and cinema, documentary and drama. A long time ago, as a schoolkid lucky enough to have very good English teachers, I found the complex dynamics of Brutus’s relations with Caesar and Cassius, the picture of love between enemies, quite spellbinding, and so they are here – much more so, in fact, than in many well-funded productions. As the prison area fills with bodies, Antony’s ironic lines on honourable men, betrayal and ambition take over, to the point where the setting is almost forgotten. But then, with a clanging of locks in tall iron doors, each actor is returned to his cell; and once you’ve experienced life in art, one of them says, imprisonment is harder to take than ever.

That essay on liberty, ambition and betrayal is one of two major festival pieces I most want to look at again. The other is from the Turkish master Nuri Bilge Ceylan, Once Upon a Time in Anatolia (also screening commercially in other capital cities), which turns police-procedural into epic (and won the Grand Prix at Cannes). Three cars wind along country roads in a night-time landscape of vast, bare hillsides; inside them men talk and argue fiercely. Several of them are police and gravediggers, one is a prosecutor, one a doctor, and one is a murderer who is required to lead the others to a corpse. There’s rambling chatter, in which varying tales are told, and the prosecutor displays his pleasure in the way he was once told he looked like Clark Gable (he doesn’t now). There’s confusion about the place where they’re looking for a shallow grave; in these huge spaces, there are no landmarks. There’s further confusion about what happened and why; in a sort of tangent, we’re allowed to suppose that somewhere in all of it there could have been a crime passionel. But the woman and child at the centre of that possible drama will find their own ways, and will not tell whatever they may know. We’re given a world in which the lives of men and women seem intractably separate; it’s the gulf between them, and the refusal of any way to tie up the puzzles of the story, that fire this film’s magnetism, two and a half hours of it. You want to go back there, look again, and make sure you saw what you thought was there at the beginning; there’s nothing so glib as a flashback.

SOMETIMES, when it’s time to watch an Australian feature film, I think: duty calls. The rewards of Not Suitable for Children (director, Peter Templeman) have something quite irresistibly to do with looking at my own neighbourhood on the big screen; the location is Newtown, Sydney, where I live.

This film opened the festival on 6 June, with a program note on “Sydney’s most bohemian suburbs, with their dilapidated terraces, cute cafés and free-spirited residents.” Oh dear; wasn’t Bohemia an out-of-date notion by the mid 1960s? The central character, Jonah (Ryan Kwanten) is another version of the Owen Wilson role in Woody Allen’s Midnight in Paris; people keep on calling him “endearingly goofy.” Goofy yes; I’m not so sure about the endearing part. It’s an intelligent farce about a young man facing infertility, and therefore in a terrible rush to procreate. Sarah Snook puts in a glowing performance – she, and the beautiful terrace house (definitely north Newtown, and never mind the dilapidated bit; this one would set you back a cool million these days) are the real stars. Adulthood and complexity are not about the numbers on birthdays; there are lots of quite real people in this demographic. I’d love to see these film-makers produce one that’s really suitable for grownups.

More to come on the film festival, where, among other offerings, the Bertolucci retrospective is worth every second of your attention. •

Good at gardening, hopeless at engineering

Breaking point: Ken McKinnon, former chairman of the Schools Commission, said that Australian schooling was good at gardening but hopeless at engineering… As engineering became slower, more difficult, and much less exact, so did gardens flourish among the ruins. Charles Waller/Images.com/Corbis 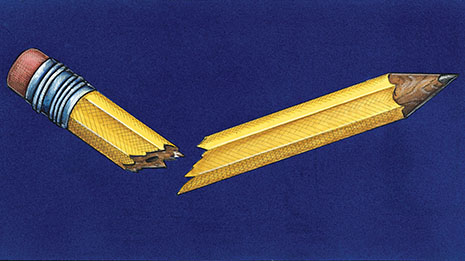 Breaking point: Ken McKinnon, former chairman of the Schools Commission, said that Australian schooling was good at gardening but hopeless at engineering… As engineering became slower, more difficult, and much less exact, so did gardens flourish among the ruins. Charles Waller/Images.com/Corbis