So you want to be prime minister?

Books | Must the best-laid plans fall victim to bad implementation? 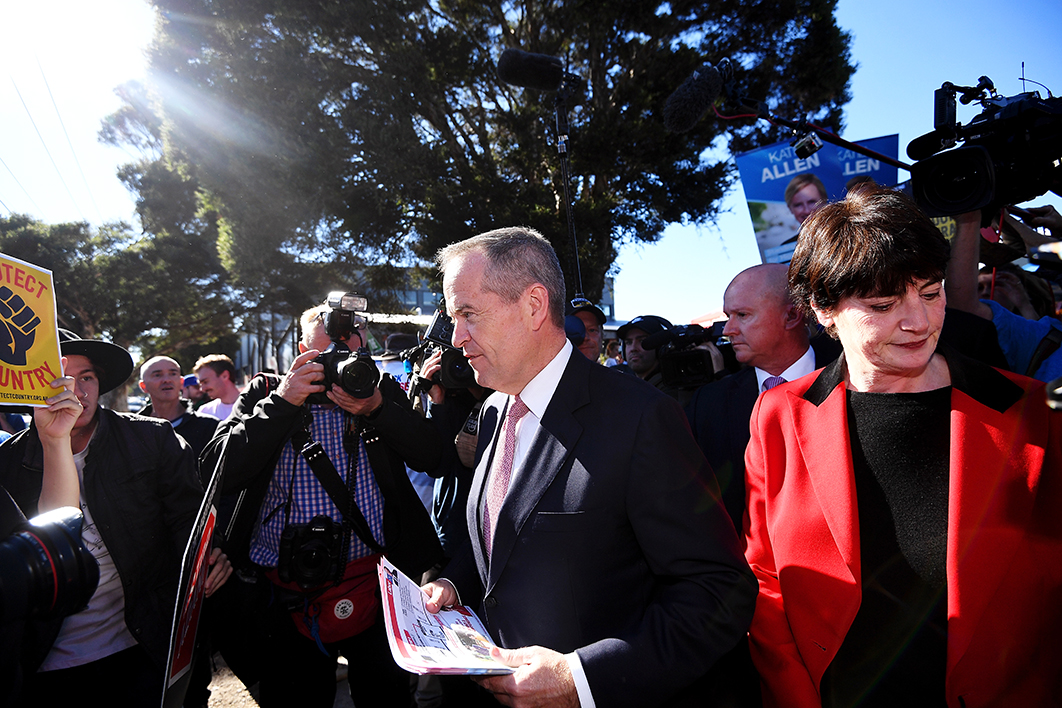 Labor’s election loss in 2019 was not just unexpected. It was unnecessary and avoidable. No longer obscured by the initial shock, the defeat can be more clearly recognised as a plausible, even likely, outcome of the party’s myriad failings and shortcomings.

Winning is tough, especially from opposition. Many capable leaders and solid campaigns will fail. But as journalist, biographer and academic Chris Wallace insists, every election is winnable, and this loss was unnecessary. Given the narrowness of the loss, the vulnerability of the incumbent and the scale of Australia’s still-unmet policy challenges, she is right to insist on understanding what went wrong.

To this end, she has published a brisk, partisan and boldly titled analysis that provides a checklist of ten critical lessons Labor needs to learn to avoid a repeat.

Chris Wallace is a former press gallery journalist who was proprietor of an excellent Canberra drinking hole, Das Kapital. She is also the biographer, sometimes controversially, of John Hewson, Germaine Greer, Don Bradman and Julia Gillard. Now on staff at ANU’s School of History, she writes as an entertaining insider. Even while choking down another reflux of regret, most party supporters will recognise the inherent common sense in many of her recommendations, which cover leadership, policy, politics, communications and mindset.

Wallace is not the first, of course, to offer advice to Labor following the debacle of May 2019. The party has published a forensic review by party elders Craig Emerson and Jay Weatherill, which attributed the defeat to “a weak strategy that could not adapt to the change in Liberal leadership, a cluttered policy agenda that looked risky, and an unpopular leader.” The pair made twenty-eight recommendations covering the party’s philosophy, organisation, campaigning, research and platform. More recently, academic researchers (me among them) have provided their own analysis and explanation of what they called “Morrison’s Miracle.”

The problem comes in the implementation. How does any organisation, collective and path-dependent, agree to change behaviour? How does a political party learn?

Wallace uses a sporting analogy to suggest that Labor might emulate a successful football team in which everyone in management and on the field is imbued with “a culture of permanent attention to performance and accountability.” But that’s quixotic, she concedes.

Political parties, after all, are not unitary actors. No one is really “in charge.” On the contrary, power is widely dispersed across multiple locations, functions and spheres of influence. At work are factions, rivalries, hierarchies, ambitions and traditions. All of which is to say that parties are political. It’s hard for them to agree on and follow a single course of action, they forget the lessons they learned in previous cycles, and they frequently fail to reach optimal efficiency. They usually “want” to win elections, but they often don’t do so.

Directed at a collective “Labor,” Wallace’s recommendations don’t single out any one person or group as responsible for giving effect to her changes. Electing the leader is the role of caucus (and, sometimes, the members). Allocating frontbench jobs is the role of the leader (influenced by caucus and factions and regions and chambers). Determining policy is the job of — where do you start? — the party’s national conference, or the caucus, or the shadow minister, or the members. Anything to do with the economy, industry or industrial relations must involve the trade unions. Choosing the market researcher and running the ad campaign is the job of head office.

So implementing Wallace’s recommendations is easier said than done.

Take her first recommendation: “Elect a leader who can do the substance and theatre of politics.” Her discussion of this point highlights the importance of performance in democratic politics, and zeroes in on opposition leader Bill Shorten’s low polling numbers relative to Labor’s, and his “wooden ways” on the campaign trail relative to prime minister Scott Morrison. Where Morrison seemed to radiate energy and interacted enthusiastically with voters, Shorten, she writes, was too self-controlled, “smiling but slightly distant, looking ahead to the next person whose hand had to be shaken almost before he finished shaking the one in front of him.”

True, and I would have added a critique of Shorten’s other hand, too often stuck in his pocket. Trying to look cool and casual no doubt, but coming over like he didn’t really want to engage with the voters in front of him.

Wallace’s recommendation is radical surgery: elect a different leader (as opposed to, say, referring the existing one to a consultant for advice on loosening up and lifting his or her performance). In 1983, caucus did exactly this, dumping Bill Hayden for Bob Hawke and ensuring a great victory.

Could the same have happened to Shorten before 2019? He was protected by the 2013 rule change that prevented caucus coups after the Rudd–Gillard–Rudd bloodshed; this had bought welcome stability, which in turn strengthened Shorten’s leadership. He had campaigned well enough in 2016 and in the by-elections of 2018. And there was no Bob Hawke prowling on the sidelines.

Perhaps the question is, at what point in the electoral cycle does caucus start considering this advice in relation to the current leader and the next election?

Another of Wallace’s hard-to-do recommendations is to “make regional variations work for you, not against you.” Pointing to Labor’s glaring lack of MPs from Queensland, where the Coalition gained a swing of 4.3 per cent, Wallace condemns Shorten for “straddling the barbed-wire fence” on the Adani coal project. His attempted finesse — to require the mine project to secure environmental approvals — satisfied neither coalmining communities in regional Queensland nor green-leaning voters down south.

Wallace suggests Shorten should have engaged in sustained personal engagement with Queenslanders, including the pro-mine unions, listening to their concerns and developing a workable solution to the impasse. It would have included a well-funded transition package: imperfect perhaps but fair, and better than the alternatives on offer in the election. Turning regional variations to advantage, rather than getting skewered by them, would demonstrate leadership and a capacity for good government.

As Wallace points out, Labor has done this in the past in relation to difficult regional issues: uranium, the Murray–Darling and (1983 again) the Tasmanian dam (though it’s often forgotten that Labor lost all five Tasmanian seats in that election):

As far as it goes — that is, as a policy process rather than a policy solution — this argument is fine. The irony, of course, is that in relation to other elements of its election platform, Labor followed Wallace’s advice. She is highly critical of shadow treasurer Chris Bowen and his politically toxic reforms of negative gearing and franking credits, but these reforms were aimed at ensuring Labor’s promises were fully funded within a budget surplus — arguably, showing Labor as unified, electable and ready to govern. It’s true that they created policy losers — breaching another of Wallace’s recommendations — especially after being transformed into “death taxes” by the Coalition’s negative advertising; but any Adani package would struggle for a win–win.

Which brings us to Noah Carroll.

This name does not appear in Wallace’s book, nor in the Emerson–Weatherill review. It should, because Noah Carroll was Labor’s national secretary and, as such, the campaign manager of the 2019 election.

When Wallace says that Labor must improve its polling and polling analysis, must produce brilliant advertising and must wise up on social media, she is talking about head office functions that were the responsibility of the national campaign manager.

Even more damning, when Emerson and Weatherill conclude that Labor had no persuasive strategy to win the election, no simple narrative to unite its many policies, no formal campaign committee or other forum to execute the campaign strategy; and when they find that Labor targeted too many seats and didn’t reframe its campaign after “daggy dad” Morrison replaced “top end of town” Turnbull, they are talking about the failures of Noah Carroll. Spare him no blushes. He walked away from head office after the defeat and was last seen working for a Big Four management consultancy.

Wallace makes ten recommendations, Emerson and Weatherill twenty-eight. In the interests of parsimony, I reckon I could boil it down to one single, vital, structural recommendation. There needs to be proper functional separation between the leader’s office and a head office run by a national secretary with the capacity to manage a professional national campaign. The leader’s office does the policy, the media, the front-of-house — but the party office has to turn it into a campaign strategy and execute it.

There are very few iron laws in election campaigns. But it is difficult to find a successful modern (post-1972) campaign, Labor or Liberal, in which that separation was not evident. The Liberals broke the iron law in 1993, losing their unlosable election; Labor broke it in 1996, and again in 2013.

In 2019, it seems, Labor did it again. The strategic void, the research failures, the inability to target the right message about the right issues to the voters who mattered in the seats that mattered — all these suggest a head office lacking professional campaign management. Perhaps Carroll — favoured son of the Victorian right, architect of the 2014 state election campaign that took Labor’s Daniel Andrews to power, and close confidant of Bill Shorten — wasn’t able to provide the scepticism, independence and separation essential to the job. The Liberals, it has emerged, knew what seats they needed to win to scratch out a narrow but famous victory; Labor had too many paths to victory and never managed to choose any of them. •

Stephen Mills is Honorary Senior Lecturer at the School of Social and Political Sciences, University of Sydney and the author of The Professionals: Strategy, Money and the Rise of the Political Campaigner in Australia (Black Inc., 2014). He served as speechwriter to prime minister Bob Hawke. He was a colleague of Chris Wallace’s in the Australian Financial Review bureau in the early 1990s. 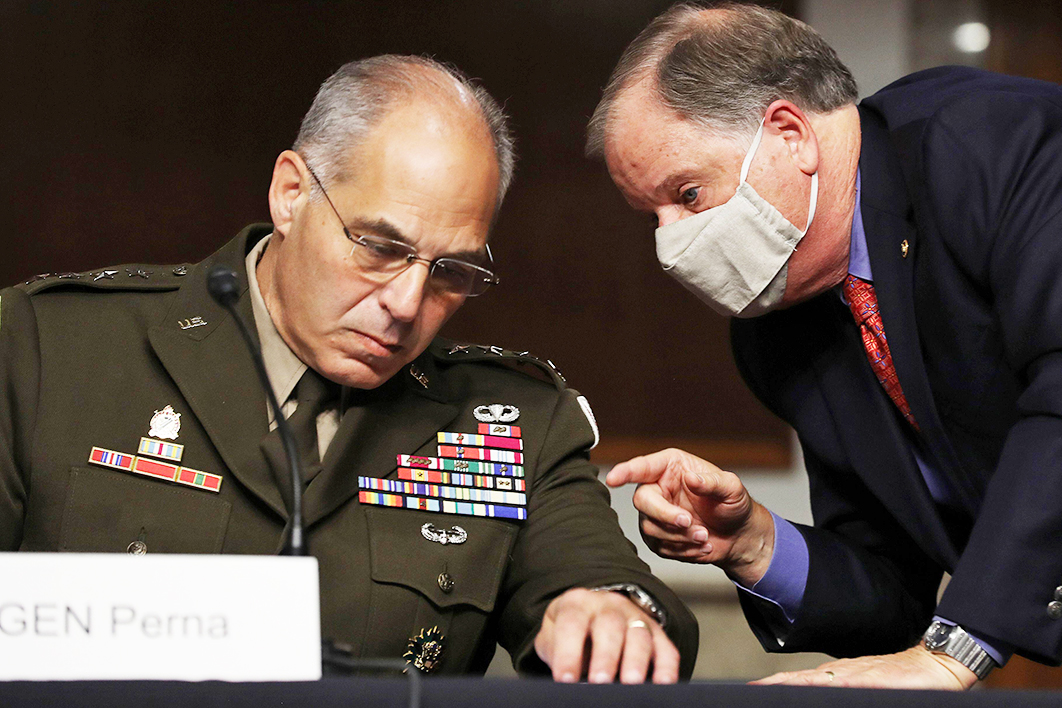