The art of relevance

Telling our own stories through the arts is obviously a good thing, writes Andrew Ford, but what does it mean in practice? 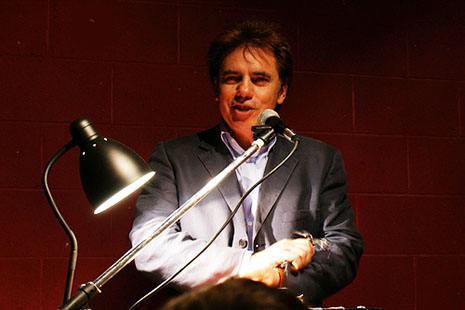 IT was refreshing, earlier this year, to read a discussion paper from the office of the Minister for the Arts ahead of next year’s National Cultural Policy. It is always refreshing when a government takes the arts seriously. Slightly unnerving, too. One wonders what’s for the chop, and the fear and suspicion thus engendered puts everyone on the defensive. Since, as we all know, the best form of defence is attack, it is seldom long before we hear artists decrying other artists.

Two of the sticks we use to beat each other at times like these are “Australianness” and “relevance.” Simon Crean’s discussion paper refers to the government’s desire to “strengthen the role the arts and creativity play in telling Australian stories.” In his recent Peggy Glanville-Hicks address, Lyndon Terracini, the artistic director of Opera Australia, spoke of his belief that the company should “create new work which ideally should tell our stories within the context of the operatic form” (my stress), and he used the word “relevant” in a number of contexts.

That we should tell our own stories is both a good idea and an obvious one, and it is very hard to argue against relevance when the alternative is irrelevance, but we do need to be careful with both these concepts. The trouble with them is that they can be too easily hijacked by people whose real agenda is to marginalise or destroy certain art forms. I have, for instance, met curators in art galleries who believe that, in the digital age, painting is no longer relevant. I fear that if some sort of cultural plebiscite were held, most of the population would find poetry irrelevant. And as for opera, it’s a sitting duck for those cultural warriors who use expressions such as “heritage” arts (you can hear the sneer, can’t you?) and would prefer that opera didn’t exist at all.

They have various reasons for attacking opera, and some of them, let it be said, are good. For a start, opera is expensive and Opera Australia receives more government funding than any other single arts organisation in the country. It follows then that it must be held to account, but Terracini himself is the first to recognise this – indeed, this was the subject of his address. OA’s audience base needs to expand, partly for economic reasons, and partly, Terracini says, because the company is failing to reflect modern Australia and its tastes. This is where words such as “relevance” tend to get used and where, if not used carefully, they can do the most damage. It is also where the demands that we tell our own stories are loudest, and where these demands can so easily be misunderstood. For what, in the end, are our stories?

A personal anecdote. Ten years ago my music-theatre piece Night and Dreams, with a libretto by Margaret Morgan, was on at the Sydney Festival. It had started life at the Adelaide Festival and was en route to the Melbourne Festival. It was an hour-long one-man show, featuring the veteran tenor Gerald English as the dying Sigmund Freud. A British opera entrepreneur was in town scouting for shows and I was invited to meet him for a drink. He’d heard that Night and Dreams was good, but he hadn’t yet seen it and somehow had failed to understand what it was about. As soon as he learned that it was about Freud, he lost interest. This simply wasn’t the sort of thing that London audiences wanted from an Australian composer, he told me. European composers could do Freud, Australians should do “Australia.”

Who knows what he had in mind, but I found him patronising. He was implying that my colleagues and I had no business engaging with a figure such as Freud (as though the private death of a public man and the secret workings of the human mind were exclusively European themes), and that our role in the world was to be somehow “other,” to be exotic for the benefit of Europeans. I was reminded of the end of Peter Carey’s novel Illywhacker in which caged Australians sit in a pet shop.

My meeting with the man from London did not end well and he never did see the show. But I think of him every time I hear people in Australia insisting that we tell our own stories. What do they mean? If an Australian composer, an Australian librettist and an Australian company present a portrait of the dying Freud at the Sydney Opera House, won’t it be an Australian story? In Richard Meale and David Malouf’s hands, didn’t Byron and the Shelleys at the Mer de Glace become an Australian story? Didn’t Richard Mills effect a similar transformation on the Greek myth of Philomela in The Love of the Nightingale? Wasn’t Liza Lim and Barrie Kosky’s Oresteia a quintessentially Australian blend of brash multicultural influences? Isn’t that, after all, what artists do: take ideas, images and stories from wherever they may find them and then make them their own?

After the second world war, Benjamin Britten became the most successful opera composer of the late twentieth century. Were his operas English? The Rape of Lucretia, set in Ancient Rome, is based on a play by the Frenchman, André Obey, and Albert Herring has a story from Guy de Maupassant. Billy Budd, The Turn of the Screw and Owen Wingrave are all from American sources – Herman Melville, Henry James and Henry James again – while Death in Venice is from Thomas Mann’s German novella. Curlew River and the other “church parables” are inspired by Japanese Noh theatre. But yes, of course, they’re English. What else could they be, written by an English composer and his English librettists for Glyndebourne or Covent Garden or the English Opera Group?

Lyndon Terracini does not need this pointed out to him. For one thing, as an operatic baritone, he was a famous Sid in Albert Herring. But also, in his Glanville-Hicks address, he refers to the nineteenth-century works of Giuseppe Verdi as exemplars of opera as a vibrant, urgent, popular art form. The letters of Verdi’s name, as chance would have it, formed an acronym of Vittorio Emanuele Re d’Italia, and the composer was a great nationalist figure, an emblem indeed of the Risorgimento. And what of his operas, so often held up as embodiments of a new Italian national pride? Why, they are set in Babylon (Nabucco), Scotland (Macbeth), Spain (Il Trovatore), Paris (La Traviata), Spain again (Don Carlos), Egypt (Aida) and Windsor Forest (Falstaff). But when patriotic Italians sang the chorus of Hebrew slaves from Nabucco, they knew what it was really about. It was about them. And it was about them because it was by Verdi.

If we tell stories, they will be ours. And will they be relevant? If they are good stories, bravely told, then yes. Because opera is no different from pop music in this regard. The big hits come not from a desire to be relevant, not from market research, but from a blend of talent and courage. Far from reflecting modern society and its tastes, really great art forms them. And great art is always relevant – it makes itself relevant – whereas bad art will always be irrelevant.

But Terracini points out that of more than 160 operas and music-theatre pieces created in Australia since the founding of the Australia Council for the Arts in 1973, none has entered the repertoire. He’s perfectly right. Besides Britten’s Death in Venice, premiered that same year, I am struggling to think of any opera in the world that has become a staple of the international repertoire in these thirty-eight years. Ligeti’s Le Grand Macabre? No. Philip Glass’s Einstein on the Beach? No. John Adams’s Nixon in China? Not really.

Of course, it might be that not all these operas are failures. It might be that their lack of widespread success has at least as much to do with the inherent conservatism of opera companies and audiences as it does with the modern composer’s lack of box-office appeal. Terracini wouldn’t demur. His speech, while critical of composers in passing, fairly lambasted the companies and their snobbish cognoscenti. Terracini stressed that most of his patrons weren’t snobs, but he made it clear that his intention was to change opera in this country, to bring it to a wider audience and to make it part of popular culture.

Well, good. And good, too, if we tell more of our own stories. Some of these will be stories set in Australia, some will be set in the present, and some will be set in other places and at other times. But they must all be as brave and new and well-made as possible. That way, they might be relevant. Popular, even. •