The last foreign publisher in Burma?

Ross Dunkley headed a high-profile foreign-owned business caught up in a web of tensions, writes our correspondent in Rangoon 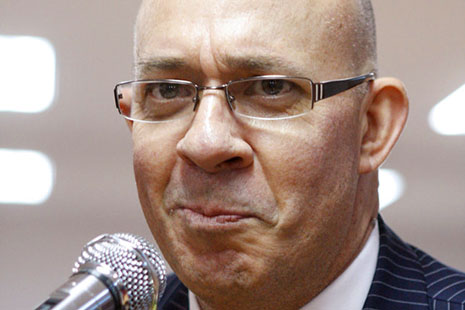 IS AUSTRALIA’s role in the Myanmar Times coming to an end? This was the headline of an article published in Crikey more than five years ago, but it could also have been written just this past week. On that occasion in 2005, the weekly dual-language newspaper based in the former Burmese capital Rangoon appeared to be collateral damage in the country’s most significant political upheaval – the purge of Military Intelligence, or MI, including hundreds of its most senior officials – since deadly protests in 1988.

Myanmar Consolidated Media was established in 2000 as a joint venture by Australian and Burmese investors. Its major publication, the Myanmar Times, had a reputation as being a propaganda vehicle for the military and particularly MI, then considered the “enlightened” arm of the Burmese Tatmadaw, or armed forces. Unlike other publications, it was censored by MI rather than the Ministry of Information, only adding fuel to this perception.

After MI and its prime minister chief, General Khin Nyunt, were purged in 2004, Myanmar Consolidated Media’s Burmese partner, Sonny Swe – the son of a senior MI official, Brigadier General Thein Swe – was thrown in prison. His wife was ordered to hand over her stake in the company or it would be nationalised. The end appeared nigh.

Shortly afterwards, the paper’s controversial Australian editor, Ross Dunkley, reached a détente with the military junta that saw a new partner, Dr Tin Tun Oo, installed by the Ministry of Information. With normality restored, the newspaper became just another publication, subject to the same strict censorship process as everyone else – until Dunkley’s arrest on 10 February this year, less than two weeks after the first sitting of new national and regional parliaments.

Dunkley’s ability to pull the company through that tumultuous period in 2004 and 2005 might have been why Dunkley, a Walkley Award-winning journalist, believed the junta saw him as a “necessary evil”. With the benefit of hindsight, the agreement reached five years ago appears to have been a stay of execution. “I was the first foreign publisher here and have been told I’ll be the last,” he told the Weekend Australian Magazine in an interview last year. “We push the boundaries every week and take our chances when we can get them.”

The legal reason for Dunkley’s imprisonment remains unclear. Media reports initially suggested that he was arrested for marijuana possession and visa violations, but business associates say he has been detained on a separate immigration charge and is scheduled to appear in court on 24 February. Other reports say he has not been charged at all.

Regardless, his arrest is almost certainly linked to tension with Myanmar Consolidated Media’s Burmese owner. Despite his 51 per cent shareholding, Tin Tun Oo, a small-time publisher, wielded little influence over the company’s operations and, in particular, the content of its publications. This was alluded to last week by David Armstrong, a business partner of Dunkley’s in another media venture, the Phnom Penh Post, who noted the arrest came at a “tense” time for the company.

“A key point about the arrest is timing,” wrote Armstrong. “It coincides with tense and protracted discussions Mr Dunkley and the foreign ownership partners in the Myanmar Times have been conducting with local partners about the future direction of the publishing group, ownership issues and senior leadership roles – all this at a time of significant political and economic change in [Burma].”

Insiders say tensions began before last year’s election, when Tin Tun Oo – running for a seat in the lower house of the national parliament as a candidate for the military-backed Union Solidarity and Development Party – accused Dunkley of giving too much press to rival candidates and parties. He lost by just ninety votes. Four days after the 7 November election an Australian Broadcasting Corporation film crew making a documentary about the Myanmar Times was deported. This set the scene for a showdown that Dunkley apparently thought he could win.

The deportation of the film crew gave the Ministry of Information the reason it needed to demand management changes. The ministry, headed by former Brigadier General Kyaw Hsan, who is also a minister in the new government, refused to renew visas for expatriate staff – including Dunkley, who flew into the country on 10 February on a tourist visa – until its demands were met.

Little has emanated from Rangoon either before or after the arrest. On 13 February, however, the company apparently gave in to government pressure and installed Tin Tun Oo as chief executive officer and editor of the Burmese-language newspaper – positions previously held by Dunkley. Detained in Insein Prison, a crowded, colonial-era penitentiary in the city’s north, Dunkley is yet to be told he has been removed from key posts in the company he established more than a decade ago.

The paper’s foreign investors, led by Perth mining magnate Bill Clough, have vowed to help Dunkley fight whatever charges he is facing and reinstall him as a board member and editor-in-chief of the English-language edition. But if the government is as determined as it appears to remove the maverick Australian – described by one Australian journalist last week as a “tough bloke” – from the operation completely, the chances of him being allowed to return are slim. Even if he manages to beat the immigration charge, he is likely to be deported.

The future for Myanmar Consolidated Media’s foreign investors appears bleak – and the prospect of their removal has generated a confused reaction from the Burmese activists who run exile media outlets, which are accustomed to bashing both the newspaper and the government.

In an opinion piece last week, the founder of the Irrawaddy news website, Aung Zaw, attempted to paint Dunkley as a businessman who had simply found himself on the wrong side of a well-connected business partner. “On the surface, all of this would suggest that Dunkley is a hero and political prisoner for standing up to the regime on behalf of journalistic independence. But that is most assuredly not the case,” he wrote. “Dunkley has never made a concerted attempt to use his privileged position among the Burmese journalistic community to advance the cause of press freedom in the country.”

This comment rests on the belief that because Dunkley was foreigner he somehow had the ability to get journalists released from prison or ignore the censorship board without fear of retribution, yet never chose to exercise this power. The truth is that the Myanmar Times and Ross Dunkley were watched more closely than any other publication in the country.

Despite complying for the most part with directives from the censorship board, Dunkley was seen as not adhering to the government line during the pre-election period, when the paper won some grudging praise both inside and outside the country for its coverage of opposition parties. He then overstepped the mark by inviting a foreign film crew into the country and allowing them to film on election day, when most of the world was shut out.

For now, Aung Zaw is the least of Dunkley’s worries – the animosity between the pair is legendary – but it also seems unclear exactly who he should be worrying about. It is widely rumoured that at least some of Tin Tun Oo’s stake is actually owned by another figure behind the scenes – probably Kyaw Hsan, but maybe someone even more senior. On 15 February a local news magazine published allegations from a sex worker that Dunkley had assaulted her last month, suggesting that this is no ordinary business dispute. Those familiar with the media scene in Burma say it is likely the report was planted by a senior government official, a suspicion supported by the fact it was posted on a pro-government website the day before it hit the streets in print form. The censorship process means the Ministry of Information would not only have been aware of the un-bylined article – believed to be both defamatory and in contempt of court – but also have approved its publication.

But the most likely scenario is that the government has decided that the media sector is no place for a noisy, independent-minded foreign investor. Perhaps they envision the Myanmar Times becoming a daily publication akin to Myanmar International, a 24-hour English-language television network launched in early 2010 that features poorly shot cultural segments and dreary propaganda-laden news bulletins read by a steady rotation of hapless, bemused-looking foreigners. If Clough and the other foreign investors are forced to cede any more control, they might find themselves holding an increasingly unattractive asset.

If the government gets its way – as it invariably does – and the Australian investors are forced out of Myanmar Consolidated Media completely, the Myanmar Times is likely to be little more than an odd footnote in the mostly sad history of publishing in Burma. While activists generally hold it in contempt, academics and many others with an interest in Burma see the paper as offering a somewhat flawed insight into events that might otherwise go unreported. Its legacy would be the hundreds of young journalists trained in its corridors, who will no doubt be able to find other jobs in the growing private media sector.

Ironically, in one of its final editions before Dunkley was arrested, the Myanmar Times published an op-ed, titled “Business boom beckons in Myanmar”, touting the country’s prospects to foreign investors. For businesses considering entering the Burmese market, the predicament Myanmar Consolidated Media’s backers find themselves in should serve as a prescient warning: Burma is not a country for faint-hearted foreigners. Despite the regime’s appalling human rights record, most countries, including Australia, do not ban investment. Sanctions are unnecessary because the risks associated with investing are so great.

Our correspondent in Rangoon

In truth, the Myanmar Times is largely an aberration in Burma: a very public, foreign-owned business with a confident and larger-than-life figurehead. There’s little doubt Dunkley was right when he said he would be the last foreign publisher in Burma but he probably had no idea how soon his prediction would be fulfilled. •

Markets and demand are transforming the health system, but the policy debate isn’t catching up, writes James Gillespie 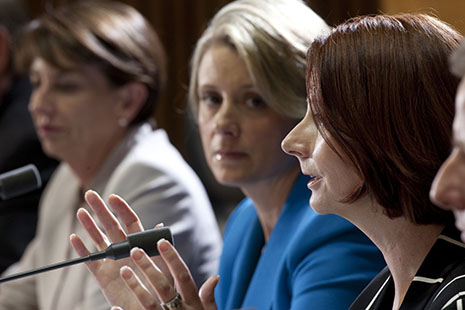