The other crisis in California

Australian wine has suffered a beating in the American press but one man is standing up for it, writes Robert Milliken in San Francisco 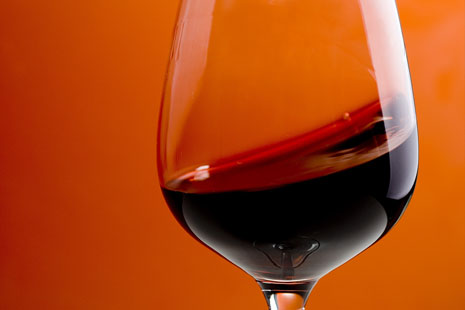 I MEET Chuck Hayward at the Jug Shop, a large wine store in San Francisco’s Russian Hill district. Chuck is its wine buyer, and a defender of Australian wine against the hullabaloo of criticism it has been taking in the international press. Three days earlier, on 4 July, the New York Times led its business section with a story describing the Australian wine industry in crisis, under the heading “For Australian Winemakers, More Turns Out to Be Less.” The same piece had appeared a week earlier in the International Herald Tribune, widely circulated in Europe and Asia.

Here in California, home to 12 per cent of America’s population, Australia’s wine reputation is not the only thing in crisis. The entire state, the birthplace of the modern computer industry and once a symbol of America’s can-do culture, is facing an economic catastrophe. For months Arnold Schwarzenegger, California’s governor, has been wrangling with the state’s political leaders over a deal to close a $US26 billion budget deficit.

The impasse has left California broke. According to the New York Times, the state has suffered more home foreclosures, big bank failures and job losses than anywhere else in the country. At 11.5 per cent, the unemployment rate is two percentage points higher than America’s as a whole. Rating agencies have downgraded California’s bonds almost to junk status, and the state was reduced to paying its creditors with IOUs in early July.

The crisis has taken the gloss off Schwarzenegger’s governorship. Already, people are speculating about who might replace him at the election for governor due in 2010 (term limits make Schwarzenegger himself ineligible to run again). The big focus is on Gavin Newsom, the photogenic forty-one-year-old Democratic mayor of San Francisco. Before entering politics, Newsom made big money as a restaurant owner and wine entrepreneur. As mayor, two things have tended to dominate his profile: his authorisation of same-sex unions in San Francisco in 2004, and his public admission to an affair with the wife of his former campaign manager three years later, at a time when Newsom and his first wife were divorcing.

Meanwhile, Schwarzenegger – befitting his status as a former Mr Universe and Hollywood action movie hero – is not allowing budget drama, and speculation over his successor, to rob him of attention. Underlying the crisis is California’s dysfunctional state political and electoral system, in which direct citizen democracy competes for power with the state legislature. Even as a deal to resolve the budget paralysis finally emerged in late July, Schwarzenegger described California’s political culture in graphic terms: “It’s like an intersection where people keep crashing into each other.”

THERE SEEMS little outward evidence of such chaos in the streets of San Francisco, or at Blue Bottle Coffee, the café where I meet Chuck Hayward the day after our first encounter at the Jug Shop. Blue Bottle Coffee is in a rejuvenated district south of Market Street, in a square opposite the old California mint building. Opened a year ago, it is the sort of place one associates with the other side of California: its invention of lifestyle trends that then filter their way around the world.

“The coffee here is like legal speed,” Hayward warns me. Indeed, every cappuccino, latte and macchiato is served as an obligatory double shot. People are drinking other blends made-to-order from drip machines that look like they belong in a laboratory.

Hayward is a former government worker, journalist and cook who moved to San Francisco from Louisiana in 1986 to pursue a new life in the wine business. “I was going to teach political science, but it didn’t seem like a lot of fun.” At that time Australian wines were starting to take off in America, where they quickly found a mass market under so-called “critter brand” labels such as Roo’s Leap or, most recently, Yellow Tail. “They struck me as user-friendly wines,” Hayward says.

Then, in the mid 1990s, a new wave of boutique Australian wines from Margaret River, old Barossa Valley wineries and other regions new to Americans changed his assessment. “I remember tasting from two cases and my jaw was on the floor,” he tells me. “They were like wines from another planet, rich, generous, so easy to drink, so voluptuous. They were secrets no one knew about.” Since then, Hayward has made twenty-five visits to Australian wine regions. The Jug Shop, which opened forty-four years ago, now sells one of America’s widest ranges of Australian vintages.

Yet the July New York Times article (which cites Hayward as an Australian specialist) highlights how Australia’s export success over the past twenty years has now bequeathed the industry an image problem. In the rush to cash in on ever-rising demand, making Australia the top seller in Britain in 2004, and the world’s fourth-largest wine exporter by 2007, Australia has come to be seen mainly as a producer of low-cost, high-volume wines at the expense of high-end labels.

Hayward concedes the criticism has some truth. He blames it on what he calls a “perfect storm of laziness” on the part of Australian wine marketers, American importers and wine critics everywhere. As he sees it, Australian wines sold so furiously during the boom years that no one stopped to look at the complexities of Australia as a wine-producing nation, with about sixty regions and a history of old vines going back almost to the arrival of Europeans in 1788. Instead, Americans identified Australia largely as a johnny-come-lately producer, with little to offer beyond the South Australian shiraz that formed the basis of the 1990s accolades from Robert Parker, America’s most influential wine critic. “Everyone was lazy about it on both sides,” says Hayward. “It was like the stock market: why investigate trends or worry about the future when things are going so well?”

I am always intrigued by parallels between California and Australia, and between San Francisco and Sydney. Both cities have rambunctious histories and Pacific-facing harbour locations that have endowed them with a brazen self-confidence. And yet there are differences that say much about the national characters of Australia and America.

On a walk across the Golden Gate Bridge, I pause at a plaque on the southern entrance that most tourists ignore as they jog or cycle past. Of the bridge that opened in 1937, it says: “Conceived in the spirit of progress, it shall stand at the gates of San Francisco, a monument to her vision, an inspiration to prosperity and an enduring instrument of civilisation faithfully serving the needs of a quickening world.” No such lofty dedication to destiny and myth-making is to be found at the Sydney Harbour Bridge, which opened around the same time. Australia’s approach is more reticent, reserved, less self-assured about its place in the world.

Hayward sees similar differences in the way Australia and California approach their own wine industries. Both industries, along with New Zealand’s, are labelled “new world” wines by journalists in the British press who, he argues, still see themselves as gatekeepers defining styles and markets, with European wines as the benchmark. And the British press, too, has been bashing Australia over its alleged waning status among its global wine competitors.

“The Napa Valley in California sees itself as a world-class wine region, with no need to compare itself to the great Bordeaux wines,” Hayward tells me. “But Australia still suffers a little bit from an inferiority complex, from being patronised by journos from the mother country and feeling it has to measure Australian wines against the best of Europe. To me, Australian wines really are great wines in and of themselves. The real key is do you want a Margaret River style or a Barossa style, a Tassie pinot or a Yarra Valley pinot?”

With Hayward preparing for another visit to Australia, he suggests a rosier outlook than the one California’s economy is facing right now. As we spin out of Blue Bottle, high on our second coffees, he tells me: “Australian wine can recover from this battering. It’s a slump after a day of fame. Self-confidence has to come from within. You’ve been around for 200 years, and you aren’t going away. There are too many good stories to find in Australian wine if one gets off their ass.” • 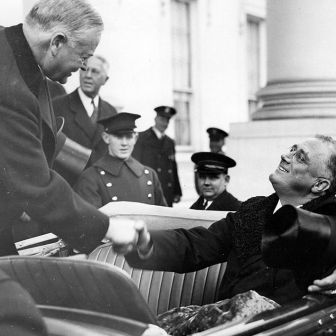 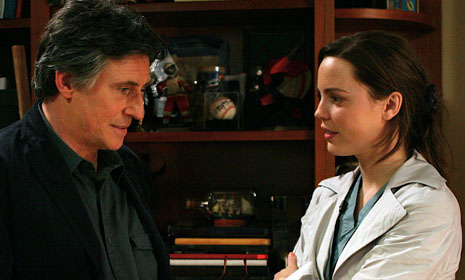