The raid on Westminster

What possessed senior police officers to raid the offices of a member of parliament without a warrant, asks Brian Costar in London 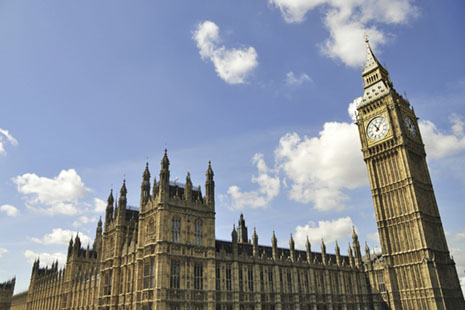 THEIR LORDSHIPS and Honourable Members were pleased last week to host the Queen at the Palace of Westminster, where she dutifully delivered the Speech from the Throne to open the new session of parliament. Many of them were decidedly less pleased a week earlier to learn that members of the Metropolitan Police had also paid a visit to parliament, where they arrested the Tory frontbencher Damian Green and searched his parliamentary office, his constituency headquarters and his private residence.

The police did so on suspicion that he was in receipt of documents leaked from the immigration department by a relatively junior public servant. His arrest was not made under the Official Secrets Act but on a common law charge of “aiding and abetting misconduct in public office” and “conspiring to commit misconduct in a public office.” The phrases may be redolent of Orwell’s 1984 but the offences carry a decidedly unfictional maximum sentence of life imprisonment.

The over-reactions were immediate and predictable. The ghost of Charles I was summoned to remind us of his notorious raid on the House of Commons in 1642 in pursuit of five parliamentary “birds” who had already “flown.” (To which the populist rejoinder was, “Who do these politicians think they are? Above the law?”)

The reality is neither as dramatic nor as trivial as the first reactions suggest. Of course, parliamentarians are not immune from the law, but neither is the government and nor are the law enforcement agencies.

It transpires that the police secured warrants to search Mr Green’s home and his constituency headquarters but not his parliamentary office. Had they done so the presiding judge would have informed them that the Speaker of the House of Commons would need to be apprised of the impending arrest of an MP and could insist on the police obtaining a warrant – which may or may not have been granted.

Instead the officers secured a procedurally dubious “consent form” from the Sergeant at Arms, Jill Pay. It seems the police arrested Mr Green, rather than merely questioning him, because under British law an arrested person’s premises may be searched. That one of these was within the parliamentary precinct gives rise to questions of appropriate privilege.

It did not take long for the blame shifting to occur. The Speaker, Michael Martin (who, we were helpfully told by one newspaper, is the first “Roman Catholic” to hold the office since the Reformation) denied any prior knowledge of the arrest, which he hinted was illegal, and blamed Ms Pay. The home secretary, Jacqui Smith, who has ultimate responsibility for the police, denied that she had put them up to it. The prime minister, Gordon Brown, condemned the Speaker with faint praise by saying that he was doing a difficult job “to the best of his abilities.” The leader of the House of Commons, Harriet Harman, went further and declared, “I’m not saying I have full confidence in anybody or anything.”

Support for the Speaker ebbs with each passing day as MPs of all parties question whether he failed to protect the legitimate rights of Damien Green MP. Of course, unlike in Australia where the post is in the effective gift of the executive arm of government, the Speaker of the Commons is appointed by its members and can only be removed by parliamentary determination.

The context of the Green Affair is recent anger and frustration within the government over a series of embarrassing leaks. Yet for very senior police offices to approve the arrest of an MP on suspicion of being the recipient of leaked material seems at best naïve and at worst intimidatory. Scant regard seems to have been accorded the confidentiality owed to Mr Green’s constituents as the police rummaged through his files.

As the affair escalated so did the political innuendo. It was suggested (bear in mind that no documents have been discovered and no charges laid) that Green had induced the civil servant to leak the documents and more sinisterly that he had “groomed” him to do so. Then the phrase “endangering national security” emerged, along with the always helpful “terrorism.”

Whatever the motives of the players, this event is yet another consequence of the culture of the security state moulded by the “War on Terror.” Leaks from government are as old as government itself. They rarely involve national security, are usually not injurious to the public welfare and sometimes do good.

Regardless of what one thinks of the morality of the leakers, it is bad policy to seek to criminalise what is, for the most part, a political reality. We do not yet know all the details of this matter, but what possessed senior police officers to believe it “normal” to raid the offices of a member of the House of Commons without a judge-granted warrant? At least we can be thankful that the democratic impulses are still strong enough to have provoked a political furore. •

Brian Costar is professor of Victorian parliamentary democracy in the Institute for Social Research at Swinburne University of Technology.