The speed of carbon reduction is hard to predict, writes Frank Jotzo, but we’ll certainly need to do some serious spending 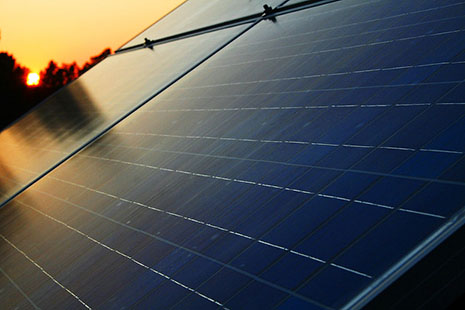 GIVEN the political circumstances – a minority government, fierce political opposition and waning public support – Australia’s climate change package is remarkably sound economic policy. But how far will it go in actually reducing Australia’s emissions, and in encouraging other countries to do likewise?

The opening price of $23 per tonne of carbon dioxide is nowhere near the price that will be needed to achieve deep cuts in emissions here and in other countries. But right now it is as ambitious as it gets, internationally.

Australia’s starting price is below the longer-term average price in the European Union’s emissions trading scheme, but above the current EU price, which stands at $16 after a recent one-quarter drop. The relatively low EU price reflects market expectations that the EU target of reducing emissions by 20 per cent relative to 1990 levels will be easy to achieve. This seems likely given that the combined emissions of the twenty-seven EU countries were already 17 per cent below 1990 levels in 2009, that regulations to cut energy use and subsidies for renewables take the load off the emissions trading scheme, that there are fears of renewed financial crisis and recession in Europe, and that there is a continuing supply of offset credits from developing countries.

What the international price will be when the Australian scheme shifts to a market system in 2015 is unclear. It might be higher if, for example, the European Union shifts to a 30 per cent target, if recession worries subside, or if other countries or states – California and South Korea are among the likely candidates – enter the market. Or it might be lower if the recent EU trend continues or the credit supply from developing countries increases. To complicate matters a bit further, how international prices affect the Australian price will depend on which types of credits will be eligible under the Australian scheme, and which other trading schemes Australia links to.

The Australian market carbon price will have a “collar” around it for three years, with a floor price of $15 and a ceiling price that will be set $20 above the market price on introduction. That provides better predictability, and in particular it gives some reassurance for investors in low-carbon assets that the price will not slump to very low levels.

We will soon see forward-market prices for Australian permits. These expected prices over the medium term will influence the investment decisions that are crucial to Australia’s future carbon footprint. If they are high enough, they will tip the balance in favour of investment in high-efficiency gas power plants and accelerate the shift out of coal-fired electricity, and encourage investment in renewable energy sources looking beyond the 2020 renewable energy target. The carbon price will also drive changes in industrial processes to cut back on fugitive and process emissions, and make energy-saving investments more worthwhile.

BUT the aggregate story is not one of emissions trending down. Rather, a carbon price that starts at $23 and rises to $29 at 2020 would, according to Treasury, see a rise in Australia’s emissions to 12 per cent above year 2000 levels by 2020, compared to a rise of 22 per cent without carbon pricing. The reason is that our economy and population are growing, with strong expansion of the kind of activities that use a lot of energy and produce high greenhouse gas emissions: more mines, more processing and transporting of resources, more people travelling, and more and larger houses.

Before any decreases are achieved, the carbon price first needs to slow down the rate of increase. And with the carbon price rising at a steady annual rate, and the Australian economy otherwise going on its usual track, it could be a long time indeed until any cuts in absolute terms are achieved. Treasury has Australia’s national emissions in 2050 at just 2 per cent below 2000 levels, assuming a carbon price of $131 in today’s money.

To understand this projection, it is important to keep in mind that it assumes Australia’s population will keep growing, so per capita emissions would be much lower in 2050 than they are now. This is coupled with the assumption that Australia remains a significant producer and exporter of minerals and agricultural commodities, both of which have elements of fossil fuel use and direct emissions that are difficult to avoid.

But perhaps Treasury modelling will be shown to be too pessimistic. The experience with market-based schemes for pollution control is that the desired outcome is usually achieved more easily and cheaply than the analysts anticipate. The market tends to uncover all manner of abatement options that are not included in the models and, once kicked off in a certain direction, technological progress often goes much faster than anticipated. Two current examples are electric cars and solar thermal power stations with overnight heat storage, both of which are now much further advanced than was expected just a few years ago.

Still, neither a 5 per cent reduction target by 2020 nor the 80 per cent 2050 reduction target has much prospect of being achieved solely within Australia. The difference will need to be covered through imports of emissions units – or, viewed another way, Australia will be an investor in emissions reductions overseas.

That is just fine in the context of an open international trading system. If Australia produces emissions-intensive commodities for export – and this includes grains and meat – then it is only logical to import emissions permits in return. For industrial production like steel, there is the prospect over the long term for Australia to shift from being a high-carbon (coal-based) producer to near-zero carbon production (and exports) using power from renewable energies. For that to be viable in competitive markets, however, requires a strong global climate-change mitigation regime that applies in all the major countries.

Gaining acceptance for the proposition that Australia will need to invest money overseas to reach its climate target could be the next big challenge after the domestic carbon pricing scheme is in place and it is demonstrated that it does not create economic havoc. The amounts involved – around $3 billion per year by 2020 under Treasury’s core scenario – are sizeable but not overwhelming: they are significantly less than Australia’s overseas aid, and a small fraction of the value of Australia’s commodity exports. Coal exports alone were worth almost $60 billion in 2008–09.

Making some climate-change mitigation investments overseas will also tie in both with Australia’s obligations under the UN agreement to provide climate finance to developing countries and with Australia’s objectives to support development and economic integration in the region. Indonesia’s forests, for example, present huge opportunities to cut back on carbon emissions, by establishing new palm oil plantations on degraded land rather than cutting down prime forest, by protecting peat lands that can otherwise burn, and by better management of logging areas. And the energy sectors of developing countries present even more straightforward investment opportunities. Looking again to Indonesia, there are geothermal power plants waiting to be built, and if they are not built soon then coal-fired plants will take their place, putting out carbon dioxide for decades to come.

All of this will need serious money. The time will come to put some of that money where our mouth is. •

Frank Jotzo is director of the Centre for Climate Economics and Policy at the Australian National University's Crawford School. He was an adviser to the Garnaut Review.