Who is Perry Mason? 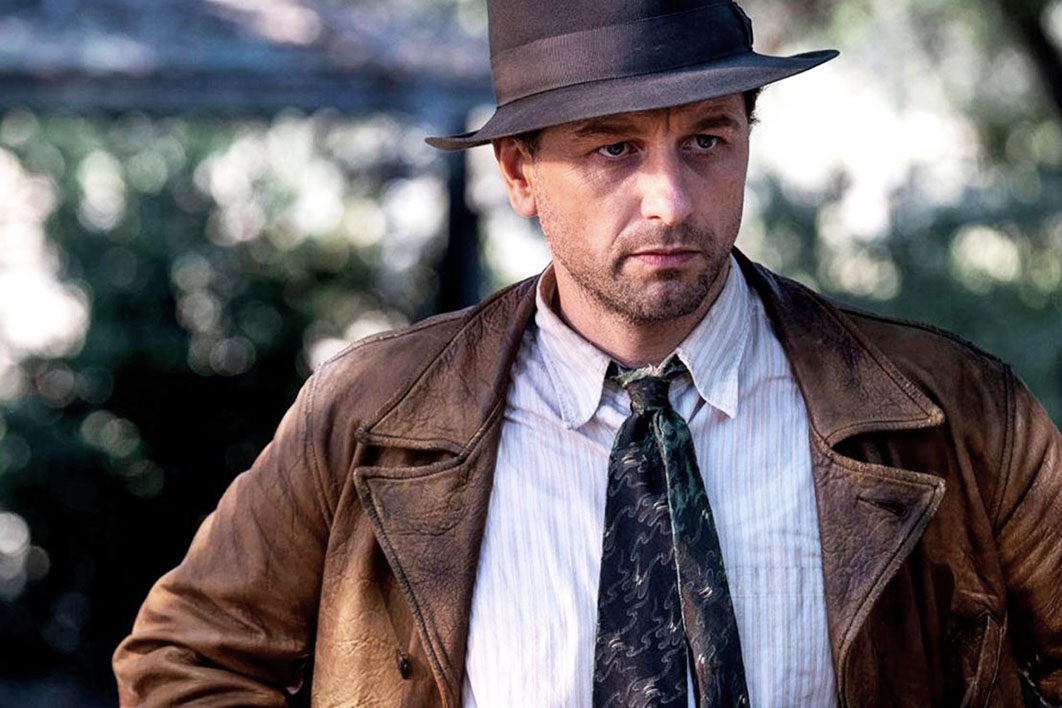 The Perry Mason in your mind’s eye may depend on your age, according to Matthew Rhys, who plays the character in a new HBO prequel to the genre-defining American courtroom drama. Those between forty and fifty, he says, remember their parents watching weekly episodes of the original Perry Mason; the over-fifties have memories of watching it themselves as teenagers; but the real devotees are people over sixty, for whom Raymond Burr, in the title role, was a legend.

There are a few things wrong with the chronology here. To start with, the original series, which ran from 1957 to 1966, would have been over before anyone who is sixty now was old enough to make sense of it. It did, however, undergo a significant revival with Perry Mason Returns, a television film aired in 1985, which led to a further twenty-nine movie-length episodes over the next decade.

As someone who was old enough (just) to be among the viewing audience for the original series, though, I have to say Rhys has got the cultural demographics all wrong. To my generation, the solidly built and grey-suited Raymond Burr had nothing on the protagonists in The Avengers, the racy crime series launched in 1961, who were lean, mean and trained in the martial arts. When Perry Mason returned to the screen in 1985, he was already an anachronism, a throwback to a complacent moral world that no longer existed.

This matters because demographics, culture and chronology are of the essence in HBO’s recreation of the character as a young investigator in the Depression era, when the very idea of a moral world seemed a chimera. The story is set in Los Angeles in 1932, the year the Dow bottomed out, the FBI opened its first crime laboratory and the infant son of celebrity aviator Charles Lindbergh was kidnapped.

The Lindbergh kidnapping, a landmark case for the FBI under J. Edgar Hoover, has the perennial draw of an unsolved historical mystery. Bristling with false leads and bizarre clues, it captured the national imagination at the time, and continues to haunt. It is also the plot base of too much TV drama: pull on the thread of this story, and every conspiracy scenario of the time comes out.

Treated with a sophisticated, tongue-in-cheek genre-consciousness, though, that is exactly why it works here. Director Tim Van Patten (whose portfolio includes Boardwalk Empire, Deadwood and The Sopranos) and writers Rolin Jones and Ron Fitzgerald have made Perry Mason an emblematic figure of his era, and it is a fascination with the story of the times that motivates this revival of the character.

In moving the time frame from the fifties to the thirties, they recreate Mason as the antithesis of Burr’s persona. Rhys portrays a man who has already lost his youth to war trauma, drink and depression. He doesn’t shave and wanders around in a sweaty vest until someone forces him to get dressed for a visit to the office, where defence attorney E.B. Jonathan (John Lithgow) occasionally commissions his services to dig out useful evidence. Jonathan’s new client, the mother of the kidnapped baby, is facing a murder charge, and it doesn’t look good.

The bereaved couple are nothing like the aristocratic Lindberghs; theirs is a Depression-era story of joyless lower-middle-class domesticity. Questions are raised about the source of the ransom payment, with a trail leading to untrustworthy bankers and corrupt police. Fortunately, the writers have the dramatic instinct to counterpoint this downbeat scenario by introducing Sister Alice McKeegan, a charismatic preacher backed by a gospel choir, who also decides to involve herself in the case. Tatiana Maslany is great casting in this role; she takes on the full-throttle oratory with gusto and her face in close-up glows with euphoria.

But when it comes to fighting on behalf of the afflicted, does Sister Alice offer anything more than psychodrama? Is the good-hearted attorney Jonathan too old and naive to front up to the dark forces he is uncovering? Or will Perry Mason pull himself out of the doldrums and become the moral force with which his name is associated? It is in these questions that the real suspense lies, rather than in the conventional lures of the murder story.

Rhys is one of those actors who can draw you into the psychology of a character, and although this is badged as a “limited series” it sets Mason up as someone with a long road to travel, one that could play out over many seasons. Here the series concept accords with the novels by Erle Stanley Gardner on which the 1957 dramatisation was based. Gardner published fifteen of these stories during the 1930s, each of them involving Mason in the direct investigation of a murder. It is not until the end of the decade that he starts to show his prowess in the courtroom.

The idea of Mason as emblematic of the times raises the question of how he changes with them. Given how seriously the production team has taken the challenge of evoking the period, it would be good to see the series amount to something more than yet another thirties noir mystery, however well done.

As the Depression receded after Franklin D. Roosevelt’s election in 1933, the nation began to shake off its image as a gangster-ridden social quagmire and acquire some moral authority in the world. Mason’s evolution from feral private investigator to courtroom maestro works in parallel.

It’s hard to envisage Rhys’s portrayal moving towards the unassailable gravitas of Raymond Burr, but that in itself is an intriguing point of speculation. Putting my adolescent prejudices aside, I can see now that Burr was an actor of exceptional warmth and subtlety who won deep and abiding trust from a generation of viewers. They mapped that trust onto the legal system itself: no judgement ever went awry in Perry Mason’s courtroom (and it was always his courtroom).

After Roosevelt took the US currency off the gold standard in 1933, the law became another kind of gold standard, ensuring the stability of the nation. For viewers in 2020, any such image of the US justice system is surely beyond credibility, and so the door is open for a more sophisticated, retrospective form of realism.

This involves the evocation of a social world that extends beyond that of the white male professional surrounded by appealing women. Mason’s colleague Della Street, played by Juliet Rylance, is stylish (of course), bossy, and quicker witted than the men around her, and has a same-sex romance. Although that’s a bit too much like a checklist of everything that gets the 2020 tick of approval, Rylance gives her a convincing directness and, again, there’s much potential for development in her storyline.

Paul Drake (Chris Chalk), a young African-American cop, is the one with gravitas at the start of the drama. Self-possessed and impeccably groomed, he has a thing or two to teach the dissolute Mason, but he’s up against it in the corrupt power play of the LA police department. His is, as the actor puts it, a story with a hard arc.

Judging by the opening episodes, they’re going a bit too hard in playing the antithesis of “your grandmother’s Perry Mason.” It may take a while for the series to hit its stride, but when it does, it should be all about what kind of character the law gets to play. What could be of more urgent contemporary relevance? •

Taking it to a new level

A sustainable Covid-19 strategy will mean paying much closer attention to people’s movements, and where they gather along the way 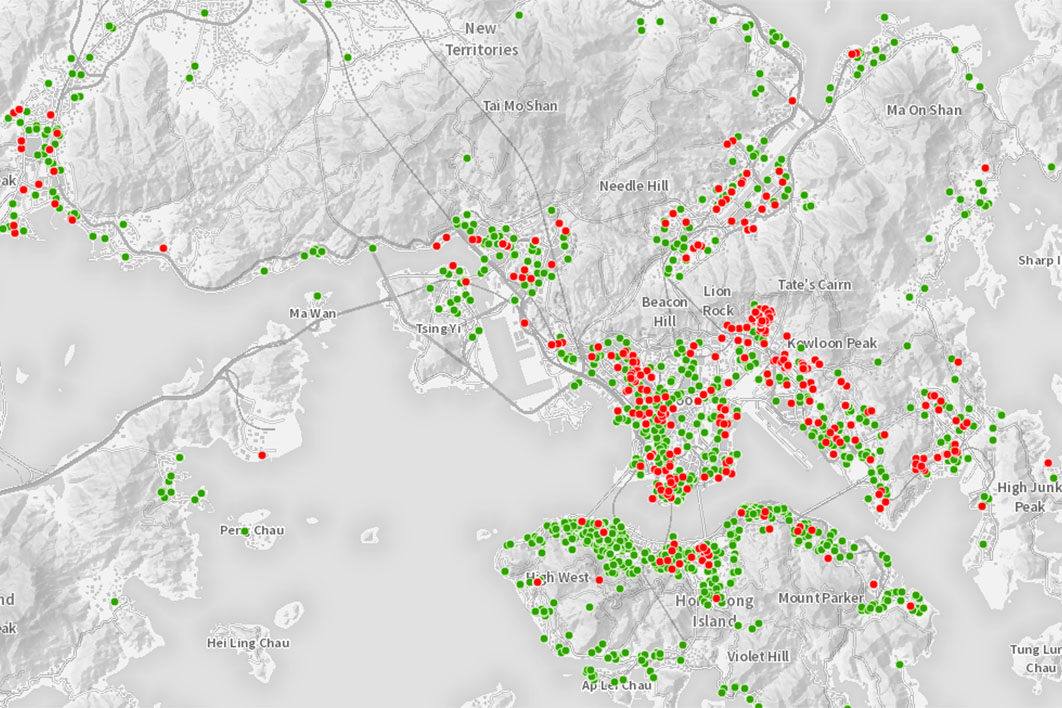