Why the Family Court is worth fighting for

People want decisions not delays, argues the attorney-general. But do they want the wrong decision? 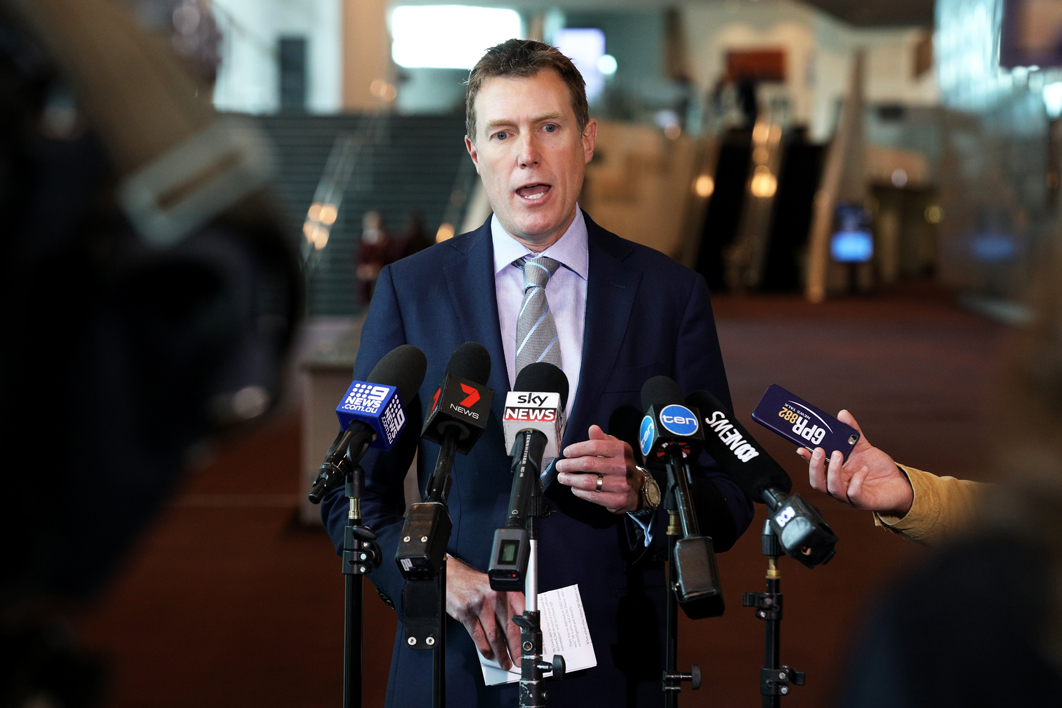 Imagine for a moment that a couple you have never met before seeks your help to resolve a dispute that exists between them. The story they tell is complex and each of them is convinced that their version is true. One of the parties alleges family violence or child abuse; the other adamantly denies engaging in such behaviour. One or both of them may have a mental illness, might suffer from substance abuse, or can’t afford legal representation.

This is probably not the first or even the second or third time they have sought assistance to resolve their dispute, each previous attempt having failed to resolve intractable issues. They may even have decisions pending in other courts. They have probably had contact with an array of lawyers, doctors, police, psychologists and community services departments, and they are feeling vulnerable, frightened, angry and frustrated.

Above all, they are keenly aware that the decision you make could change their lives forever. And your decision could also dramatically affect the lives of other, even more vulnerable and frightened people: their children. Ultimately you must determine what the best interests of those children are and how you can best protect them.

This is the task judges in the family courts of Australia undertake daily. If the parents of these children can’t resolve disputes like these between themselves, or with the help of a mediator, they must go to court to find a resolution and even then the dispute might remain unresolved.

Under the present system, the family law caseload is divided between the Family Court of Australia and the Federal Circuit Court, or FCC, depending on how complex or serious the issues are. The Family Court is supposed to deal with more complex matters — including family violence, child abuse and disputes involving property worth more than $500,000 — leaving the FCC to deal with less complex cases. Yet their work overlaps significantly, with the FCC frequently dealing with cases of high complexity, including those involving family violence.

With cases becoming more complex, delays have become longer and more frequent. The system has undoubtedly become costly and time-consuming for parties to family disputes. So does this mean the Family Court has had its day? Attorney-General Christian Porter thinks so. He argues that abolishing the court is the only way to solve the problems that plague the system.

Last week’s release of the federal government’s vision for a new family law system has given new urgency to the long-running and often acrimonious debate about the Family Court’s work. The attorney-general proposes a new federal court, the Federal Circuit and Family Court of Australia, or FCFCA, which would take over the Family Court’s caseload. The FCFCA would have two divisions: Division 1, made up of existing Family Court judges dealing exclusively with family law matters, and Division 2, made up of existing FCC judges who would hear other family law matters, along with migration, bankruptcy, intellectual property disputes and other federal cases.

A new appeal system would also operate. The existing appeal process from the FCC to the Family Court would be replaced by a new Family Law Appeal Division in the Federal Court of Australia, which would hear all appeals of family law matters from the FCFCA. The changes would also mean that the current roles of chief justice of the Family Court and chief judge of the FCC would be abolished and replaced by two new roles within the FCFCA, chief justice and deputy chief justice.

The government argues that these changes will ease the increasing costs and delays in family law proceedings. In its view, these inefficiencies are caused by the overlap in the workloads of the two courts and the different ways they manage cases. The FCFCA will provide what could be described as a one-stop shop, overcoming the confusion, added costs and delays experienced by litigants. The backlog of cases will be resolved by abolishing appeals to the Family Court (usually to a Full Court of three justices), giving judges more time to resolve newly launched cases.

It all sounds very logical and attractive. We all want an effective and efficient family law system that is attentive to its clients’ needs. No one wants unnecessary duplication and confusion. It is only when we consider what was not included in the announcement, and what wasn’t done before it was made, that the shortcomings of the plan become apparent.

The decision to establish the Family Court was made in 1974 following recommendations from the Senate’s constitutional and legal affairs committee, which were strongly supported by the Law Council of Australia and Sydney University’s law graduates family law committee. The decision to abolish the Family Court has been made without any similar inquiry. Considering that the court deals with some of the most sensitive issues families might ever face, it seems extraordinary that the government didn’t wait for the results of its own inquiry and consider the issues more thoroughly.

“Sometimes people want decisions rather than delays from their government,” says Christian Porter. “It was a matter of such obviousness that the present structure was not working.” But the government’s announcement comes just weeks after the closing date for submissions to the Australian Law Reform Commission’s review of the family law system, and quite some time before that inquiry reports. It’s hard to understand why the government didn’t wait to see what its expert agency, the ALRC, had to say.

For the attorney-general’s department, the overlaps and inconsistencies of a dual-court system are the root of the problem. But the present system is not as disjointed as the government appears to believe. The Family Court and the FCC share a single registry, along with common buildings and resources across the country. The registries apply consistent principles in allocating cases between the two courts based on their complexity. It is also important to remember that the current two-court system was created by the Howard government (when it established the Federal Magistrate’s Court in 2000, which became the FCC in 2013) despite the Family Court’s call for a lower-level court within the Family Court structure.

There is a persuasive case for strengthening the Family Court rather than abolishing it. When it was first established, the court’s main responsibility was to apply the new no-fault divorce provisions and help couples bring their marriages to a dignified end without being subjected to the unwanted moralising they often faced in Supreme Courts. Once divorce was no longer stigmatised, the work of the Family Court evolved. It oversees cases that often involve the most vulnerable members of our community: the child and adult victims of family violence. Uniquely, the Family Court assists these members of our community with resources ranging from specialist judicial expertise through to free child-minding facilities for litigants.

The court’s former chief justice, Diana Bryant, has for years been calling for a commensurate increase in resources, but to no avail. Inadequate resourcing is undoubtedly a key contributing factor to the problems facing the court.

In its carefully crafted announcement of the plan for abolition, the attorney-general’s department appears to recognise the need for judicial expertise and sufficient resources. With the creation of one court to oversee all family law proceedings, it asserts, the management of cases will improve. Matters will be assigned to the appropriate division and heard by the judge who possesses the necessary expertise. But will that expertise necessarily be in family law, as currently required for judges of the Family Court? We will have to wait to see what the government has in mind when it introduces the new legislation.

The proposed changes potentially mean that there will no longer be family law specialisation in any of Australia’s federal courts. Reports indicate that the government intends to make no new appointments to Division 1 of the new FCFCA, to where the present justices of the Family Court will be moved. Whether any of these judges will be appointed to the proposed Family Law Appeal Division is also uncertain. It could be that appeals will be confined to generalist judges in the Federal Court.

Just as the Titanic had too few lifeboats for the number of passengers on board, the Family Court has not been allocated the necessary resources to deal with the 22,000 cases funnelled through its system each year. The attorney-general’s plan doesn’t appear to involve hiring more judges, more registrars or, in fact, any extra staff at all. Shifting cases between the two divisions of the proposed FCFCA is unlikely to be a great improvement on the current sharing between the Family Court and the FCC. Unless further registry resources are provided — an option on which Porter has remained staunchly silent — then the shunting of cases is likely to continue.

By focusing on the inefficiencies of the current system, the government has avoided mentioning the resourcing issues that plague the Family Court. Australian government funding of the legal aid sector is at its lowest in twenty years. The Productivity Commission has found that many disadvantaged clients can’t obtain legal aid funding. In family law, coverage was far from comprehensive, it reported, and cases involving children were particularly worrying. Managing increasing numbers of self-represented litigants is expensive and time-consuming for courts.

While the government’s desire for better, more comprehensible rules of procedure is understandable, it is unrealistic to expect that creating a list of dry procedural rules will significantly reduce costs. Procedures become complex because society and relationships are complex and therefore elude simple solutions. The government can’t make family disputes simple just by wishing they were.

The increased workforce productivity and the social benefits that would result from increased funding of legal aid and the Family Court would more than repay the financial investment it needs from the government. It might prove a far more astute investment in the economy than corporate tax cuts and would be likely to improve more than just GDP.

One last but very important point. The proposed changes will effectively downgrade the Family Court — the court with the highest female judicial representation, at 41 per cent, compared to the Federal Court’s 26 per cent — to the current level of the FCC. Whether there will be future appointments of specialist family law judges to the proposed FCFCA or the Family Law Appeal Division remains uncertain. If none are appointed, there will eventually be no specialist family law judges on the court. The remaining Family Court judges will be demoted — something that has never happened to their counterparts in the more male-dominated Federal Court. In other words, the decision to abolish the Family Court will exacerbate existing gender inequality among the judiciary. The result is deeply ironic: in a court designed partly to protect the rights of women, the role of women within Australia’s judiciary is being diminished. ● 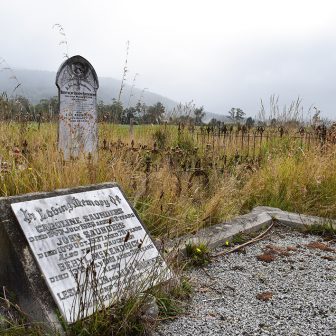 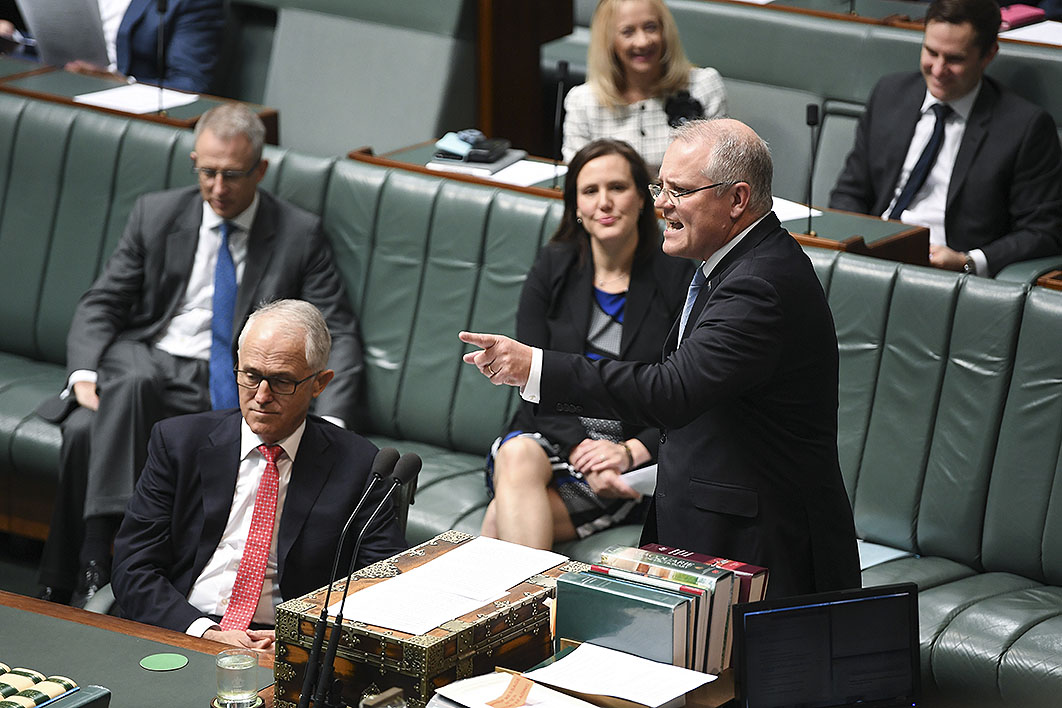