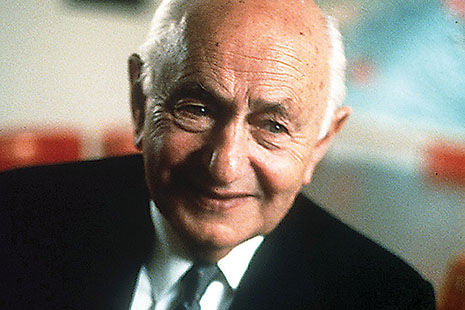 POLITICALLY speaking, Australia’s stage isn’t large. The political elite is small, and even enemies from time to time find themselves in each other’s company. So I was surprised to discover in the mid 1990s, quite by chance, that two figures who had been prominent for decades, albeit on different sides of an intense ideological struggle, had never actually set eyes on one another. The two were Gough Whitlam, arguably Australian Labor’s most significant figure over the past six decades, and Labor’s mid-1950s nemesis, B.A. Santamaria.

A lunchtime discussion with a long-retired Labor staffer brought to light information about furtive discussions aimed at ending the damaging Labor split, which dated back to Catholic-organised opposition to communism in the union movement in the late 1940s and the 1950s. The departure of much of the party’s right wing saw state governments fall in Victoria and later in Queensland; but more importantly, as the breakaway Democratic Labor Party, or DLP, used its preferences to support the conservative side of politics, it kept federal Labor out of office for a generation.

Whitlam, who became deputy Labor leader under Arthur Calwell in 1960, was among a group of party realists who knew that Labor had to reform itself, in terms of both structure and policy, if it were ever seriously to aspire to government. By and large, Whitlam did just that. Aided by a Liberal Party that ran out of puff after the departure of Robert Menzies in 1966, and by the decline of the DLP and the rise of a generation of better-educated voters, his reward came in 1972. In December 1972 he led Labor back to the Treasury benches after a twenty-three-year absence.

But despite the single-minded reform campaign waged by Whitlam and his supporters, there were pragmatists within the party who flirted with the idea of ending the damaging civil war by making peace with the defectors. Given the acrimonious atmosphere after 1955, it was a high-risk game, and anyone caught, or even suspected of, trucking with the enemy risked expulsion. Indeed, the National Civic Council, the Santamaria-headed successor to the old Catholic Social Studies Movement (known simply as “the Movement”), which had orchestrated the anti-communist campaign, was officially proscribed by Labor. A violation of this papal-like edict carried a penalty of excommunication.

I set out to discover more about what had gone on. What emerged from my interviews with various protagonists, which I reported in the Canberra Times in late 1995, was a complex network of clandestine contacts and secret meetings in suburban Melbourne that had peaked in the winter of 1965. Running the show was a veteran Labor figure, former branch official, Victorian MP and later senator, Pat Kennelly, whose former private secretary told me, “He really believed that a deal was possible, but he knew the difficulty in getting it through the party.”

I had gone to Melbourne in mid 1995 for the first of several long discussions with Santamaria. No, he insisted, he had not been party to the secret talks. Did he oppose them? No. Did he support them? He hesitated. He had been “kept informed.” His one concern was this: for whom was Kennelly acting? Was he acting alone? Was he working on behalf of a faction or small clique? More importantly, was the party leadership involved and, if a deal were struck, could it be made to stick? Santamaria sighed and looked at me through those sad eyes. “I was never able to find out,” he said.

I tried to call Gough Whitlam, but he was busy, so I wrote him a long account of what I had found out and told him I wanted to know whether he was involved or, at least, had knowledge of these events. He called me back very quickly.

No, he said emphatically. He insisted he was not involved in talks, he had no knowledge of them and Kennelly had never mentioned them to him. Did he doubt, then, that such feelers were put out? “No, I didn’t say that.” Long pause. It was quite plausible, he added. Pause. “Put it this way, I don’t think it was impossible.”

It was in fact highly likely. In his memoir, Exploding the Myths, the former DLP senator Jack Kane records how, after Whitlam became leader in 1967, he sent his deputy, Lance Barnard, in company with the tireless Kennelly, to negotiate with senior officials of the DLP about a “marriage of convenience.” Santamaria, he says, was well in the loop. But nothing came of it.

During our talks, Whitlam asked me how I had found Santamaria, adding, “He can be very charming, I am told.” Haven’t you met him? I asked, incredulously. No, never, said Whitlam.

Not long after, I had another meeting with Santamaria and expressed my amazement that the two men, each of whom had fought for the soul of the Labor Party, had never met. “Yes, strange,” Santamaria smiled, “but we move in very different circles.” He added that while he and Whitlam were “probably political enemies” he had always had a high regard for Whitlam’s intelligence. On the spur of the moment I asked, “If I could arrange it, would you like to meet him?” He thought for a moment and said it would be interesting.

On the flight back to Canberra I mused over the prospect of sitting at lunch with two political giants finally breaking the ice. What might ensue? I called Whitlam and received a cautious response; yes, perhaps, he said, admitting to a “certain curiosity.”

Santamaria had already formed a most unlikely friendship, albeit only by letter, with the old Labor warrior Clyde Cameron, whom some said was an inveterate hater. In their correspondence, initial curiosity had turned to warmth and shared ideas – and to talk of a meeting that, alas, never transpired.

And, sadly, nor did the Santamaria–Whitlam meeting. In February 1998, aged eighty-two, Santamaria died in Melbourne. How he and Whitlam would have reacted to meeting each other, and what they would have discussed – and avoided – we will never know. •

Norman Abjorensen is a Visiting Fellow at the Crawford School of Public Policy, College of Asia and the Pacific, at the Australian National University.

More than the sum of their parts

Nearly 200 years after Beethoven composed the first song cycle, Paul Kelly has unveiled two – an album and a performance at the Melbourne Festival – writes Andrew Ford 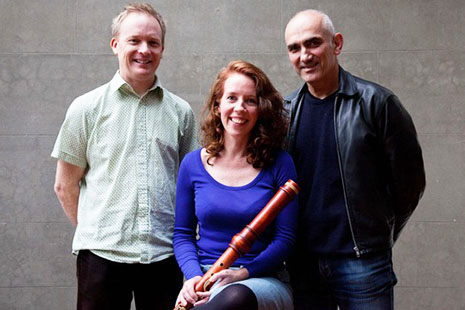