A change in the atmosphere 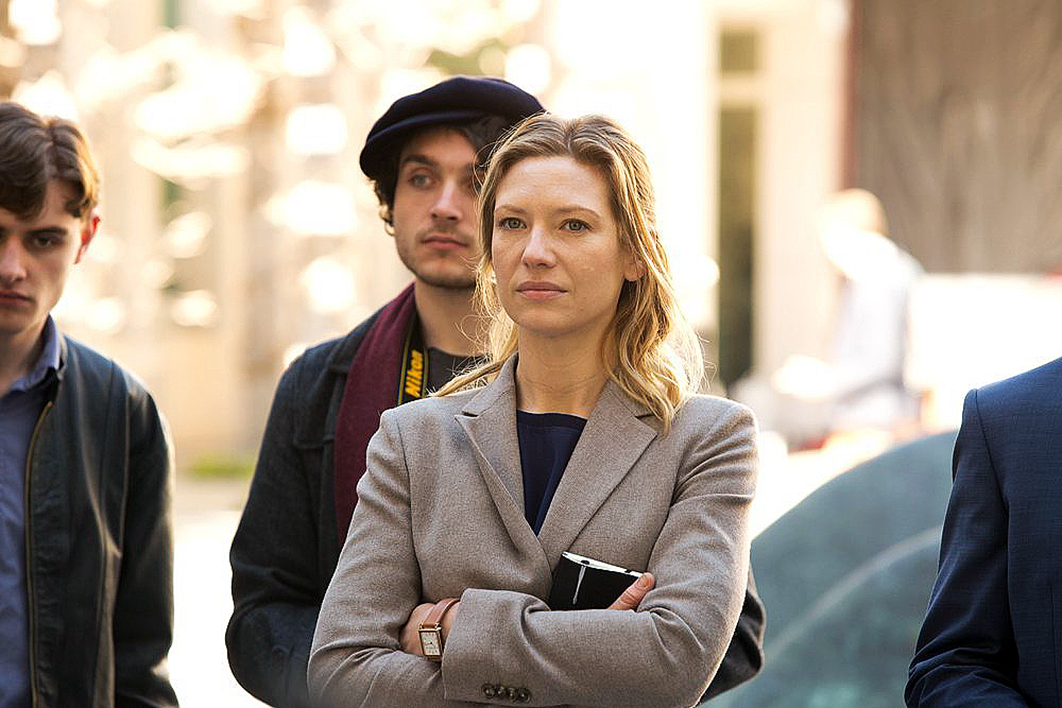 Ever since Arthur Conan Doyle let Sherlock Holmes loose in London’s sinister byways, atmosphere rather than plot has been the key factor in successful crime thrillers. The best of them offer “A Dictionary of Atmospheres,” to poach the title of a performance project created by a friend of mine. Nervous transitions come from shifts in time and place, and therein lies the true source of dramatic tension.

With the burgeoning of crime drama on television, more cities have found their place in the great dictionary of atmospheres, but Canberra still seems like an unlikely candidate. For all the visionary ambition of its founders, the city’s picture-postcard layout, 1950s suburban heritage and public service economy are hardly the stuff of intrigue. And as for the aura of government, it is surely more absurd than sinister.

Yet the Canberra bubble dissolves into a larger mythos in Secret City, whose first season, aired in 2016, was arguably the best Australian television crime series we’ve seen. Produced and distributed as a Netflix/Foxtel collaboration, it benefited from the production opportunities afforded by its cashed-up American backers. Its cast was headed by Anna Torv, Jacki Weaver and Damon Herriman, all of whom must have been wrested from demanding international schedules.

Extensive filming in Parliament House and at the Australian Signals Directorate lent an authenticity and gravitas denied to producers on tight budgets. Cinematographers Mark Wareham and Garry Phillips revealed a city of strange and uncanny dimensions, its sweeping vistas enhanced by bridges spanning the lake and the massive steel tower of Parliament House, at odds with the petty day-to-day activities of the city.

Somehow, the place seemed uninhabited. A youth running across Commonwealth Bridge in the dark, a journalist rowing on the lake at dawn, two conspirators huddled against the wind on the summit of Mount Ainslie, someone working through the small hours in the deserted offices of the Signals Directorate: these isolated figures are dwarfed by an environment with a personality of its own. Yet plans are afoot that threaten to breach the containment lines of a dysfunctional government.

Season one opens with a chance encounter that sets Harriet Dunkley, a journalist with a major national newspaper, on the trail of a story that just keeps getting bigger. She consults her ex-husband, Kim Gordon, a crack intelligence officer who has undergone a sex change and now clips around the office in high heels and a silk blouse, all six foot two of her. While Harriet pitches the story to her editor in the press gallery at Parliament House, Gordon starts her own investigation of activities at the Chinese embassy.

And so a suite of major public institutions are drawn into the story. At this point those in the script department might have been wary of biting off more than they could chew, but Canberra insiders Chris Uhlmann and Steve Lewis, who wrote the two novels on which the series is based, know the terrain. They know the kind of conversation that goes on behind closed doors in the ministerial wing; they know how a national newspaper runs its political agenda; they understand the coded jostling in which ambassadors engage.

The first of their novels, The Marmalade Files (2012), was conceived as a telemovie focusing on the triangular diplomatic tensions between Australia, China and the United States. It was launched with a promotional effort beyond the dreams of most authors, featuring mock interviews in which Joe Hockey, Christopher Pyne, Julie Bishop and Anthony Albanese obligingly dodge questions. The second, The Mandarin Code (2014), was written during Tony Abbott’s prime ministership, when the game of challenge and counter-challenge was tipping the political atmosphere into harder levels of cynicism.

As insiders, Uhlmann and Lewis had access to all the key players in parliament, and understood the wary mutual respect that builds up between long-term adversaries who can anticipate each other’s moves in advance. “We wanted to write as close to the bone as we possibly could,” Uhlmann has said, with an understanding of the dilemmas from which spin and compromise are born.

But he and Lewis also exploit the freedom fiction gives them to vent some deep-seated contempt for particular personalities, thinly disguised through changes of gender. The novels are a generic fusion of satire and thriller, though the determination to tell the inside story of appalling forms of political behaviour tends to get the upper hand over the commitment to a plot that wears a bit thin as the pages turn.

Some clever work of adaptation redresses the balance in the screen version, keeping the sequence of events surrounding the central conspiracy to the fore and adding some complexity to the plotlines.

Central to the novels is a character called Catriona Bailey, now serving as foreign minister after being ousted from the role of prime minister and bearing an undying grudge against her vanquisher (no prizes for guessing the real-life equivalent here). Bailey’s cunning is put to the ultimate test when she suffers a stroke, following which she is diagnosed with locked-in syndrome. While others are racing round trying to investigate conspiracy and control political fallout, she continues to act as foreign minister from her hospital bed, sending out communiques through eye movements electronically linked to a keyboard.

It’s a nice satirical idea, but not one that would work on television. Instead, the character is left fully functional and Jacki Weaver turns her into a smooth-tongued Machiavel whose consummate political skills keep her in control of everything that passes through the PM’s office. Weaver has a way of lighting up every scene she’s in. This is a witty, clever performance.

The other standout cast member is Damon Herriman as the transgender signals analyst. Betraying not a flicker of camp, Herriman portrays someone whose defining quality is skill. Well-judged dress and make-up are secondary manifestations; it’s when we see her close-up to the computer screen, concentrating with every fibre of her being, that she is most captivating. Herriman is one of those actors who should never be cast in a role that is written out before the end of the series. Here, we lose him less than half way through season one, and with him a level of imaginative engagement for which nothing else compensates.

Only half a dozen cast members reappear in season two. The fused storylines of the two novels are left behind. We have a change of prime minister (of course), but also a new ASIO director-general and a new US ambassador, with different government personnel. Jacki Weaver lingers for only one episode.

Justin Smith continues as a very convincing head of the Signals Directorate and Danielle Cormack introduces some new dynamism as an intrepid independent MP who employs Dunkley as her media adviser. But we are no longer in the Canberra press gallery, which was such an authentic foundation for the original series. It is Torv who has to carry this second season, and while her poise and restraint help to maintain the more sophisticated dramatic tensions, the persona itself is too bland to make an effective central focus. Uhlmann and Lewis conceived of Harry Dunkley as a middle-aged, hard-drinking male workaholic in the best tradition of sleuths and Canberra journalists, so the idea of transforming the character into a fit young woman is the problem. Decisions made in the interests of audience appeal too often have the opposite effect.

Disappointing as it is in many ways, the change of focus and register in season two is also a reflection on changing political atmospheres. The Uhlmann–Lewis novels captured a certain zeitgeist, at the height of leadership jostling when the Canberra press were intensely involved in the play for public opinion. These tensions have dissipated in the new season, and we are left with a lacklustre parliament where the also-rans are in charge. •

The Liberal nonconformist from Sydney’s west

Craig Laundy has announced he won’t be seeking another term in federal parliament. Inside Story caught up with him in September 2015 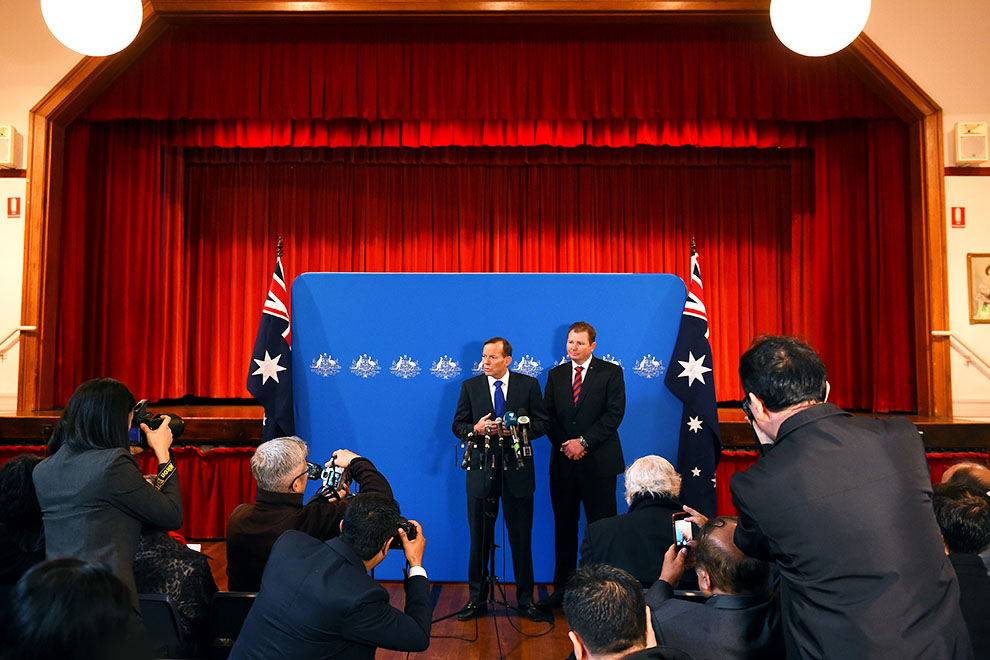