A contrarian takes on the internet, again

Books | Internet critic Andrew Keen might be the man for the times, but his new book fails to convince Ramon Lobato 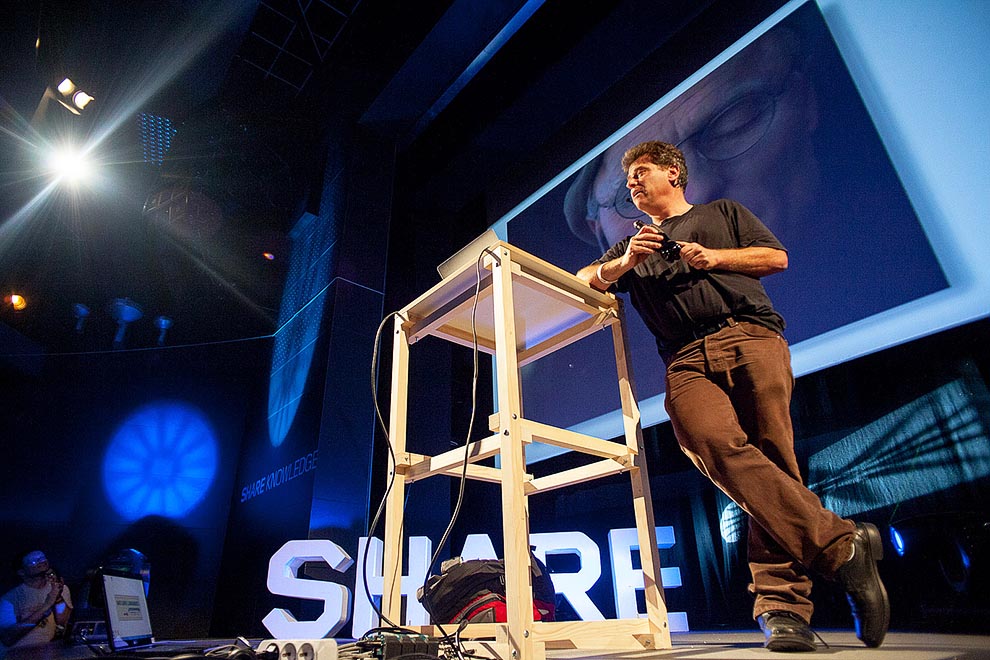 The Internet Is Not the Answer
By Andrew Keen | Atlantic Books | $29.99

The American historian Melvin Kranzberg once wrote that “technology is neither good nor bad; nor is it neutral.” It’s a lovely observation that reminds us of the fundamentally social nature of technological change.

Little of what an invention might do to us, and for us, is predetermined; instead, its possibilities and dangers typically arise from how it is adopted, used and commercialised by humans – how, in Kranzberg’s words, it “interacts in different ways with different values and institutions.”

This lesson about the perils of determinism, something that all students of media history learn in their earliest lectures, is one that writer and Silicon Valley insider Andrew Keen seems hell-bent on challenging in his latest book, The Internet Is Not the Answer, an engaging but infuriating manifesto about digital culture.

Keen, a San Francisco–based writer and erstwhile dotcom entrepreneur, is the author of two other books about the internet, The Cult of the Amateur and Digital Vertigo. He has forged a reputation as a Silicon Valley insider-critic, a self-styled contrarian raging against the excesses of the West Coast elite. Well connected among industry figures, he hosts his own TechCrunch web TV series, Keen On, in which he chews the fat of internet culture with guests like Tim O’Reilly, Stewart Brand and Jaron Lanier.

The Internet Is Not the Answer is the latest instalment in Keen’s franchise, at the heart of which is a simple but shaky argument about the internet’s effects on society and culture:

Rather than creating transparency and openness, the internet is creating a panopticon of information-gathering and surveillance services in which we, the users of big data networks like Facebook, have been packaged as their all-too-transparent product. Rather than creating more democracy, it is empowering the rule of the mob. Rather than encouraging tolerance, it has unleashed such a distasteful war on women that many no longer feel welcome on the network. Rather than fostering a renaissance, it has created a selfie-centred culture of voyeurism and narcissism. Rather than establishing more diversity, it is massively enriching a tiny group of young white men in black limousines. Rather than making us happy, it’s compounding our rage.

The book begins with a compressed history of the development of the internet couched in a narrative of moral decline. Keen tells a story of the internet’s commercialisation, from its origins as a publicly funded piece of communications infrastructure run by a small coterie of geeks to today’s “social web,” in which value is created through commodification of our everyday communication.

As evidence, he offers some vivid snapshots of West Coast speculators including Sequoia Capital chairman Michael Moritz, an early investor in Google; Netscape founder Marc Andreessen; and the libertarian billionaire Tom Perkins, partner at the Kleiner Perkins Caufield & Byers venture capital firm and author of a recent, explosive Wall Street Journal opinion piece railing against “the progressive war on the American one per cent” in the age of Occupy.

The general narrative here is about capture of a utopian technology by venture capital, against a backdrop of Uber helicopters, private jets and exclusive Bay Area members’ clubs. “As Wall Street moved west,” writes Keen, “the internet lost a sense of common purpose, a general decency, perhaps even its soul.”

Keen then turns his attention to our “privatised network economy,” in which a small group of monopoly platforms dominate. He rehearses familiar claims about how users are exploited on social platforms, arguing that “it’s our labour on these little devices – our incessant tweeting, posting, searching, updating, reviewing, commenting and snapping – that is creating all the value in the networked economy.” He also reminds us of the ostensible erosion of “middle-class jobs” in a context of free user labour.

Later chapters explore the precarious situation of artists and writers whose livelihoods have been negatively affected by the internet, interspersed with angry critiques of selfie culture, cyberbullying, drones, 3D printing, and various other topics.

As Keen’s title and tone suggest, this is a populist manifesto rather than a sustained argument. Some of the claims are convincing, but Keen’s reliance on inflammatory rhetoric undercuts his credibility. Reminiscent of the work of net critic Evgeny Morozov, but far less satisfying, The Internet Is Not the Answer delights in taking the contrarian position on every conceivable aspect of internet culture.

A more serious problem with the book is its derivative nature. Keen’s opinions on a range of topics – from free digital labour to the “1 per cent economy” – come straight from the mind-hive of tech blogs and Silicon Valley watchers. The reference list is liberally peppered with articles from the Atlantic and the New Yorker. There is little in Keen’s book to interest readers who already follow those discussions.

For these reasons, I struggled to take the book seriously. There’s a certain charm in Keen’s crusading style, but it quickly becomes tiring.

But Keen’s work does seem to strike a chord with many readers. Newspaper reviews of The Internet Is Not the Answer have been surprisingly tolerant of his excesses. So perhaps the value of the book has more to do with how it captures popular anxieties than whether it advances new ideas.

Indeed, a charitable view might see the book as a compendium of current moral panics about internet culture – the kind of source that historians will one day turn to as a representative index of digital fears and phobias, circa 2015. Like a Luddite caricature from the nineteenth century, it distils social anxieties into memorable stories.

In this sense, Keen may be a man of his time. But readers searching for genuine insight into our wired world would be advised to look elsewhere. •

Ramon Lobato is Senior Research Fellow at the Swinburne Institute for Social Research. His most recent book, with Julian Thomas, is The Informal Media Economy.