Xu Zhangrun has more to offer that simple dissent 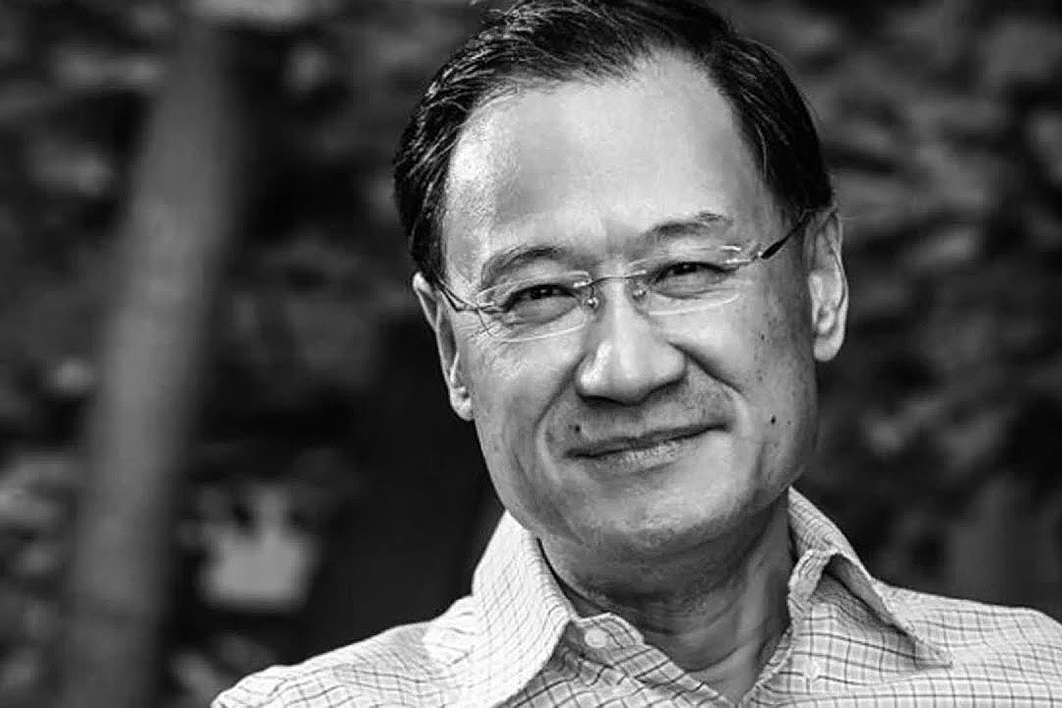 These are dark days for anyone who takes a dissenting position in China — not that it has ever been easy for anyone deemed disloyal by the party establishment over the past century. Figures ranging from the writer Hu Feng to the rights campaigner Xu Wenli have been incarcerated, sometimes for decades, or worse. Others, like Wei Jingsheng, author of the celebrated pro-democracy article, “The Fifth Modernisation” (1979), have been forced into exile after long stints in Chinese jails.

Under Xi Jinping, though, the space for even the mildest “loyal opposition” has shrunk dramatically. As Xu Zhangrun, a former law professor at the elite Tsinghua University, points out in Ten Letters from a Plague Year (published in Chinese earlier this year, and now being expertly translated by Geremie Barmé for China Heritage), this partly reflects the greatly enhanced capacity that technology has given the government. As he writes:

China’s present totalitarian order has imposed a regime of censorship the likes of which has never been seen before. Under it, editing has become a particularly fraught occupation and shepherding anything through to publication a hazardous process. Everyone involved in the industry is hesitant. Authors feel that they are treading on thin ice.

The experience of one of the figures Xu champions, the publisher and entrepreneur Geng Xiaonan, shows how easy it is to get caught up. Having supported Xu (and others) against the authorities, she was detained last year and sentenced to three years’ imprisonment in February. The brutality of her treatment is the subject of a long, forensic disquisition by Xu in which he labels Chinese laws as “portmanteau” in their structure and scope, written in such a way that anyone can be swept up.

So far, Xu remains “at liberty.” But we see from these letters, which were written last July and August to supporters and the Fairbank Center at Harvard University (where he has been made an associate), this is a marginal existence. With no job or livelihood, he seems to occupy a kind of spectral existence — which is perhaps why he ends his introduction to the letters by placing himself by the “Old River Bed, In the looming shadows of dusk.”

With a Weibo account, as he explains in one letter, he is able to observe the public world even though he is denied a voice in it. He watches debates online but isn’t allowed to participate; on a visit to a bookshop he notices the works of former colleagues who can still publish in China. This seems to be the kind of purgatory the party wants to consign problematic figures to. With Xi Jinping and his colleagues having defined a form of nationalism and patriotic fervour so potent it intoxicates a swathe of the public, someone like Xu resembles the sole sober person at a drunken party.

Xu is clearly a courageous man, and the high price he has paid for his views gives his writing a strong sense of pathos. The original Chinese, helpfully supplied by China Heritage, has an elliptical, almost classical style. His long 2018 essay “Imminent Fears, Immediate Hopes” figures as one of the very few truly critical pieces issued in the Xi era. After 2012, the kinds of dissident publication that had appeared in previous decades (the Charter 08 manifesto, for example, and the other writings of one of its authors, the late Liu Xiaobo) have become rarer and rarer, to the point of being almost non-existent.

This doesn’t simply reflect the party leadership’s effectiveness in silencing dissent. It is also a factor of this particular moment in China, where nationalistic emotionalism is abundant. And that mood has only been reinforced by conditions in the wider world. Xu’s idealism is laudable and poignant; in a previous era — in the 1980s and 1990s, perhaps — it would have received international backing, with the United States and Europe at least trying to live up to their ideals by offering a much more powerful alternative to the Chinese system.

In the populist and chaotic 2010s, though, things have become more complicated almost daily. Xu writes to his Fairbank colleagues with a moving sense of a collective moral and intellectual ideal that transcends country and language. But the storming of the Capitol in Washington in January, despite clear evidence of Donald Trump’s election defeat, and the coarsening of public discourse online makes it harder to imagine Xu’s noble ideals taking hold.

On top of this, dissidents have been speaking out in China long enough now for us to be able to make critical judgements. Within this tradition, Xu is a highly cerebral figure who clearly puts huge effort into the style and content of his writing. But those who have added activism to their intellectual efforts have enjoyed a mixed record. Yes, they have been up against vastly unfair odds and have suffered terrible injustices. But those who ended up in the outside world, in particular, have been curiously ineffective, or silent, despite all that is happening in China.

Many have wondered whether the Chinese government’s decision to allow these figures to move abroad wasn’t the easiest way of making them ineffective. Whether or not that was the thinking, it has proved tragically true. This is probably why Liu Xiaobo resisted all attempts to negotiate his release and exile prior to his death in 2017. Staying in China meant he maintained at least some moral stature. It is a hard thing to say, but many who went abroad (though not all) have failed to do that.

But it also needs restating that a Chinese dissident’s lot is not a happy one. Not least, carrying the label of dissenter implies that one’s position is defined wholly by what one opposes. Xu is much more than simply a person who dissents. In the eighth letter in this series, he uses his legal knowledge to show how his silencing on an issue vital to China’s modernisation — the need for a robust legal system — has been not only painful personally but also destructive for his country.

The pandemic, which overshadows his series of letters, is another case in point. The Chinese government did make mistakes (as did everyone else) and does need to answer questions, but the situation in the outside world and the rapidly deteriorating geopolitical situation means those shortcomings have morphed into an extra source of popular support. All of this distracts from the need for real self-criticism and reform to ensure this kind of calamity never happens again. In this context, it is hard not to read Xu’s writings more as a lament than a call to action — and that, in itself, is a sign of the strange times we live in. •

Will the chaotic withdrawal from another war zone finally change how the United States and Australia deal with conflict? 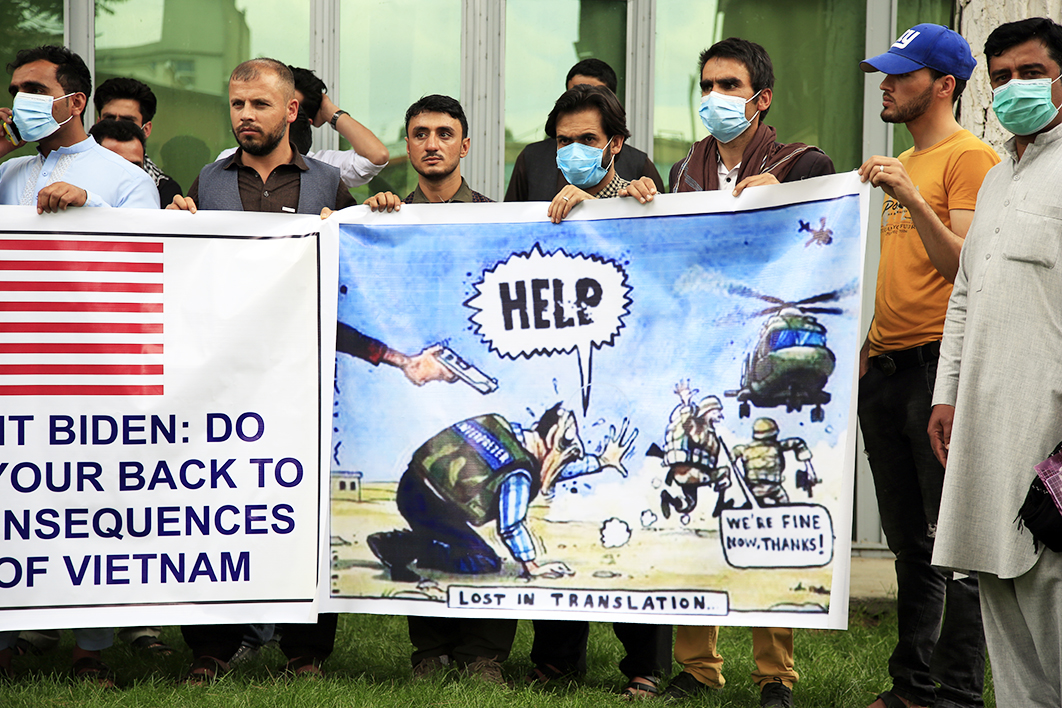