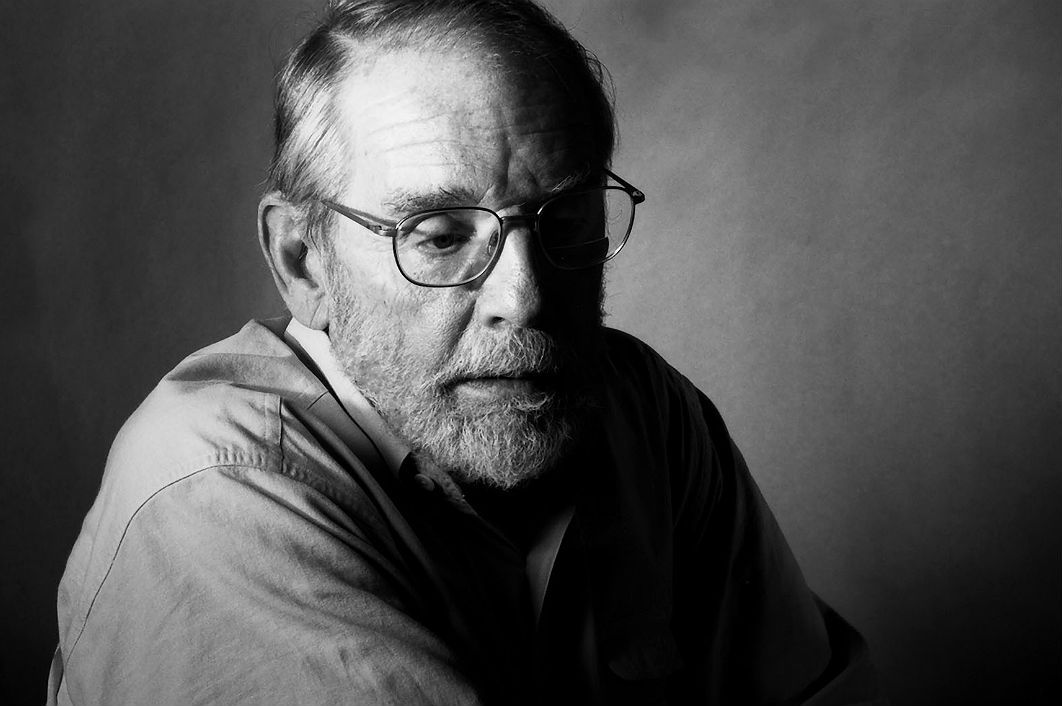 The enduring misconception about writing is that it’s a binary skill: you’re either good at it, or you’re not. But this ignores the fact that different types of writing require different techniques. Over the years I’ve written novels, short stories, news journalism, features and academic articles, but the one style I’ve never quite mastered is creative non-fiction. Thankfully, Draft No. 4: On the Writing Process provides an opportunity to learn from one of the masters of the craft, Pulitzer Prize winner John McPhee, who is widely regarded as one of the genre’s founding fathers.

At first glance, Draft No. 4 appears to be a fairly standard writing book — its chapter titles include “Structure,” “Editors & Publisher” and “Frame of Reference” — but it quickly becomes apparent that it is much more than a simple textbook. To a certain extent, it invites comparison with two of the most famous autobiography-cum-writing texts of recent years, Stephen King’s On Writing and Anne Lamott’s Bird by Bird, but Draft No. 4 is more about McPhee the writer than McPhee the person. While reading it, in fact, I was reminded less of other writing books than I was of sitting in a dusty lecture theatre at a university listening to an experienced professor reflecting on his lifetime’s work. This image is rather apt, because as well as spending decades as a staff writer for magazines such as the New Yorker, Time and the Atlantic, McPhee is also a long-time writing professor at Princeton. Draft No. 4 is, put simply, a masterclass in long-form narrative journalism, with vignettes and techniques rubbing shoulders. It is also a collection of essays rather than a single book, each previously published as a standalone piece in the New Yorker.

Although the layout makes sense in terms of structuring the collection roughly around the writing process — from development to drafting to editing — things unfortunately get off to a slow start. The first and second essays, “Progression” and “Structure,” are by far the weakest of the book, peppered with barely comprehensible line diagrams representing the structures of pieces of writing, alongside excerpts from the finished products. These diagrams, and McPhee’s explanations, are often clunky — there is the sense that, like laws or sausages, there are some parts of articles that you don’t want to see getting made. The essay is also quite self-referential, so that a reader unfamiliar with the article being discussed may find it difficult to piece the structural diagrams together in context. The short excerpts, however, are the saving grace, simply because of the sheer beauty of the writing. I confess I hadn’t read any of McPhee’s work before, but partway through Draft No. 4 I went out and bought his book Looking for a Ship, solely on the basis of a one-hundred-word excerpt. His prose sings.

Thankfully, after “Structure,” McPhee seems to get back onto much more comfortable turf, and the book proceeds apace. He clearly has a passionate curiosity about people, and he is a deft observer. His third essay, “Editors & Publisher,” about his experience at the New Yorker, gives a lovely insight into the magazine in the 1960s, 70s and 80s, and paints especially dexterous portraits of its long-running editors, William Shawn and Robert Gottlieb. At times, McPhee’s exquisite turn of phrase just leaps off the page, as with this description of Shawn: “Mr Shawn was in the class of leaders who see no succession, like certain dictators, publishers, headmasters. Yet of course, as he advanced in years, the question of what would happen next grew around him like a rind.”

Other aspects of life at the New Yorker also weave their way through the book. “Checkpoints” is devoted to the magazine’s army of fact-checkers, whose sole job was (and still is) to verify all aspects of the writer’s assertions — sometimes spending weeks doing so. In the era of the twenty-four-hour news cycle and the rise of “fake news,” such a job seems both critically important and remarkably quaint; there is a sense that, for all the benefits that technology has brought in terms of media production and consumption, a level of quality has also been irrevocably lost. There have always been newspapers and magazines that subsist on scandal rather than substance, and whose standards are nowhere near the level of the New Yorker’s, but the insistence on quality — in terms of both writing and accuracy — as described by McPhee is now the exception rather than the rule.

Indeed, there is more than a hint of nostalgia to Draft No. 4, a sepia-tinted longing for a time when the business of writing was less frenetic and more straightforward. To be fair, it’s sometimes hard to judge how much of this is inherent in McPhee’s writing, and how much of it I’ve overlaid as a reader, based on my own experience. I began my writing career in the early 2000s; I’ve never used a typewriter (although, like McPhee, I do sometimes handwrite to combat writer’s block) and the internet is my natural home. The point at which I started writing seriously for publication also coincided with the decline of the traditional media and the subsequent drop in remuneration, especially for freelance writers. A career like McPhee’s, built predominantly on being paid by magazines to spend months or sometimes even years building stories into book-length manuscripts, seems utterly foreign to me, as does the army of fact-checkers and the editors who genuinely invest in writers’ careers.

It’s possible, however, that a reader of McPhee’s generation may not have quite the same sense of cognitive dissonance, and herein lies the book’s missed opportunity. McPhee is in a unique position in that he began his career during print’s golden years in the 1960s and has continued on through the digital revolution, all the while teaching up-and-coming writers, but in none of his essays does he reflect on the monumental changes to the industry and the effects these have had on writing as a profession. If this were indeed a face-to-face masterclass, someone would surely ask about what future he sees for long-form journalism, particularly as magazines and newspapers cut their budgets and online media fills the gap, but he doesn’t engage with this topic in the book. Consequently, there is a bit of a “back in my day” feeling to some of the essays, and a sense that, for the younger writer, aspirations of a similar career trajectory are all but impossible to fulfil.

That said, Draft No. 4 is also packed with wisdom on the more timeless aspects of the writing craft. The subject matter of the titular essay, which comes towards the end of the book, is hilariously familiar to anyone who has ever stared at a blank page or screen and willed words to fill it. There is immense reassurance in seeing a writer of McPhee’s calibre and experience assert, “If you lack confidence in setting one word after another and sense that you are stuck in a place from which you will never be set free, if you feel sure that you will never make it and were not cut out to do this, if your prose seems stillborn and you completely lack confidence, you must be a writer.”

It is this recurring good humour, as well as McPhee’s candour about the complexities and challenges of the writing process, that prevents Draft No. 4 from descending into pomposity. One enduring image for me, from the essay “Structure,” is his description of how he overcomes writer’s block: “Get away from the computer, lie down somewhere with a pencil and pad, and think it over… Sooner or later something comes to you. Without getting up, you roll over and scribble on the pad. Go on scribbling as long as the words develop.” Picturing McPhee lying on the floor scribbling out his articles makes me feel rather better about the fact that most of this review was composed while walking aimlessly around my neighbourhood.

Draft No. 4 is, at its heart, a charming book. McPhee’s authorial voice is witty and engaging, and his turn of phrase is sublime. His natural humility shines through, giving the reader the sense that, despite his achievements and status in the literary firmament, he is also an everyman. For the reader it is a lifting of the veil on an often-opaque process, and for the up-and-coming writer there are also plenty of practical gems regarding the craft, such as relying on the dictionary for synonyms rather than the thesaurus: “At best, thesauruses are mere rest stops in the search for the mot juste. Your destination is the dictionary.” McPhee also emphasises the importance of redrafting; indeed, the book’s title is a reference to how many drafts he believes it takes to develop a decent piece of writing. Unlike the popular culture image of the writer, who just sits down, bangs out a book and then sells it to great acclaim, McPhee notes that, “Actually, the essence of the process is revision. The adulating portrait of the perfect writer who never blots a line comes Express Mail from fairyland.”

This book is both a reflection on a long and distinguished career, and an homage to great writing and those who make it happen — not just writers themselves, but editors, fact-checkers, “grammarians” and, of course, subjects. If you aspire to great writing, or even if you just enjoy reading it, then you could do a lot worse than spend a few hours with John McPhee. •

Louise Merrington is an author and communications consultant. Her new novel, The Iron Line, will be released later this year. 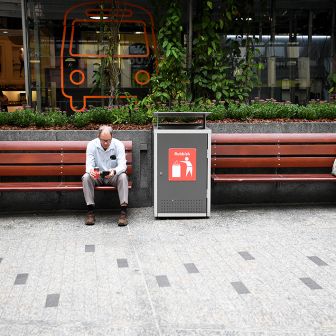 National Affairs Filling in the missing rationale for Australia’s Covid-19 response Daniel Reeders 26 March 2020 How can government fill the information gap at the heart of Australia’s strategy?
Close

A kind of groove

“The things that made me a good scientist are what make me a good craftsperson,” says Civitico. TommL/iStockphoto 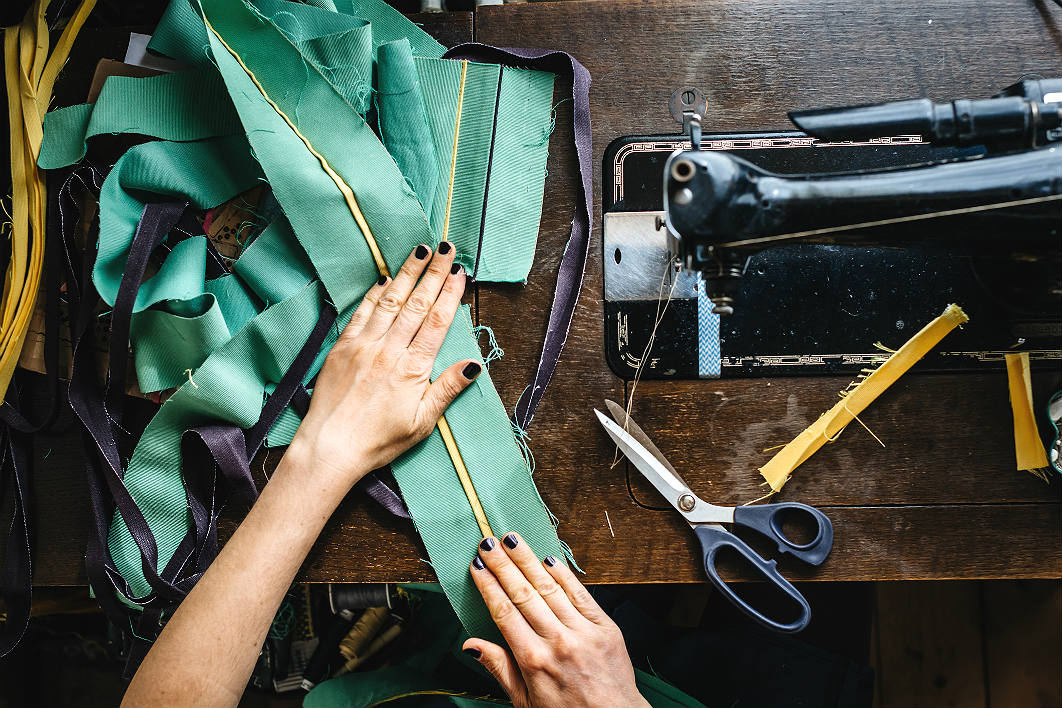 “The things that made me a good scientist are what make me a good craftsperson,” says Civitico. TommL/iStockphoto