From the archive | Relations between the attorney-general and the solicitor-general play a key role in the rule of law in Australia. So what explains George Brandis’s new guidelines? 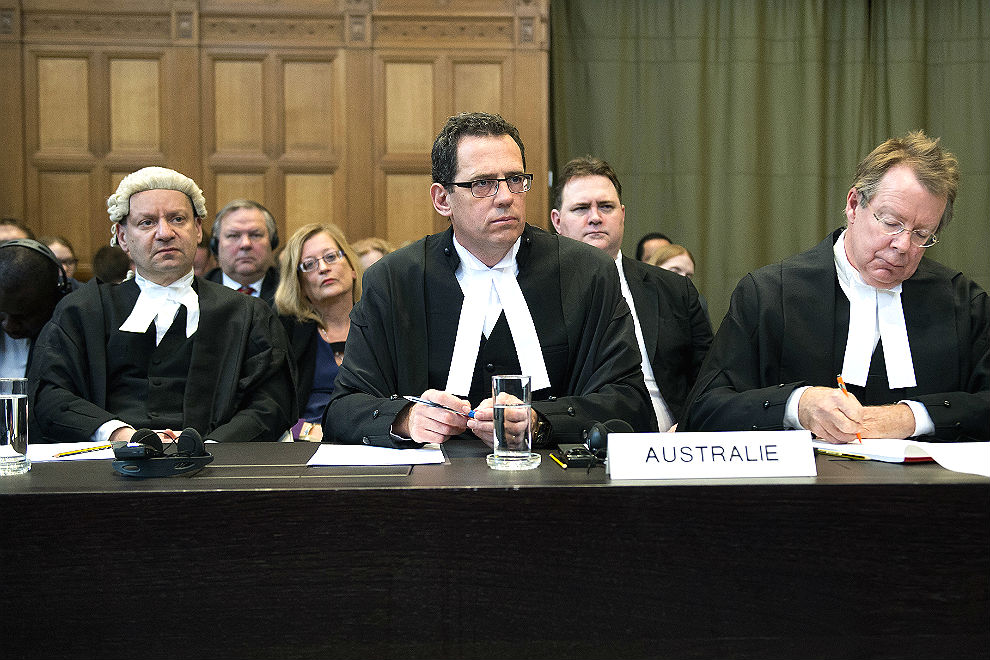 Late last week, the Sydney Morning Herald revealed that attorney-general George Brandis had issued a direction restricting the access of government officials and ministers to the Commonwealth solicitor-general. Released on 4 May, the day after the federal budget and only four days before the federal election was called, the direction had gone largely unnoticed. So, too, had a revised guidance note from the attorney-general’s department that no longer spells out the circumstances in which the solicitor-general’s advice should be sought.

Although a vast number of lawyers are involved in providing day-to-day advice within government, solicitors-general sit at the apex of this system in every Australian federal, state and territory government. Unless he or she is overruled by the courts, it is the solicitor-general who provides the final word on significant legal questions. As leading American legal ethicist David Luban has argued, “the most significant actors are not judges, not… officials more generally, but lawyers.”

The public’s occasional glimpse of a solicitor-general usually comes in news reports of high-profile court cases, or when governments defend controversial policies. In 2015, for instance, Brandis himself made several references to having obtained the solicitor-general’s advice in relation to the Abbott government’s controversial citizenship-stripping proposal.

When I interviewed former NT solicitor-general Thomas Pauling for my new book, The Role of the Solicitor-General: Negotiating Law, Politics and the Public Interest, he acknowledged that a solicitor-general’s advice is sometimes used by government to counter doubts about the constitutionality or legality of its actions. Former federal attorney-general Gareth Evans told me that the solicitor-general’s advice is sometimes sought, “for the record,” to relieve political pressure. But Pauling sees dangers when a government attempts to use that advice to gain public support, relieve political pressure or cloak government actions in legal legitimacy.

A recent example involves the Gillard government, which relied heavily on its solicitor-general, Stephen Gageler, for legal credibility when it attempted to implement the “Malaysia solution” in response to the problem of unauthorised boat arrivals. When the initiative was challenged in the High Court, Gillard’s immigration minister, Chris Bowen, declared that the government was on “very strong legal grounds” and that the solicitor-general had been involved in ensuring the scheme could be strongly defended in the High Court.

None of the solicitor-general’s advice was ever released, and after the government lost in the High Court, its lawyers, and specifically the solicitor-general, came under heavy media fire. A number of top lawyers – including some involved in the challenge itself – came to Gageler’s defence, but the legal advice was still withheld. Sydney barrister Darren Ferrari surmised that the minister might have misrepresented the strength of the advice, and legal commentator Richard Ackland reported that the solicitor-general had not been involved in advising the minister on the matter prior to the High Court challenge. Rather, said Ackland, the advice had come from lawyers within the attorney-general’s department.

What those events demonstrate is that the solicitor-general has no control over how government uses or represents his or her advice (or even the lack of advice). Misrepresentation, intentional or otherwise, is possible, particularly when the political stakes are high and the legal issues are complex.

One notable exception to this general position was the course taken by former Commonwealth solicitor-general Maurice Byers at the time of the 1975 constitutional crisis. On 4 November 1975, Byers signed his name to an opinion stating that the governor-general was not entitled to dismiss the prime minister simply because the government was unable to guarantee the passage of supply bills. His advice was conveyed to the governor-general by the attorney-general on 6 November 1975. After the dismissal, it was leaked to the Australian Financial Review, which published extracts on 17 November 1975. In an unusual and unprecedented turn, the solicitor-general wrote a letter to the editor explaining that he now felt driven to speak out to remove “misunderstandings of and misstatements concerning the effect of that opinion.”

The functions of the Commonwealth solicitor-general are set out in the Law Officers Act 1964. But the office dates back much further, to almost one hundred years ago. Solicitors-general had been introduced in many of the Australian colonies in the first decades of the nineteenth century, and these had been based on the British model dating back to the thirteenth century. The traditional relationship between the attorney-general and solicitor-general in England and in the colonies was that of “first law officer” and “second law officer.” The solicitor-general was, in effect, the attorney-general’s deputy. In England, both law officers are still politically accountable government ministers.

The man appointed to the job, Sir Robert Garran, had the job of assisting Hughes discharge his heavy legal responsibilities as attorney-general during the war.

In 1964 the Commonwealth solicitor-general was transformed from a public service position with large administrative as well as legal functions to one that had almost exclusively legal functions. Introducing this change, attorney-general Billy Snedden emphasised the importance of appointing a senior barrister to ensure that the solicitor-general continued to exercise professional independence, which would be reinforced by the tenure granted in the statute. William Gummow, then a justice of the High Court, has described the 1964 statute as giving “independence (and thus added value) [to] the office.”

During my interviews with almost fifty current and former holders of these offices, and with others who have worked closely with solicitors-general, I was often told that the role of the solicitor-general is largely dependent on three things: the individual who holds the office, the attitude of the attorney-general towards that individual and the office, and the wider political circumstances.

Gleeson introduced two systems for briefing and reporting to the attorney-general. The first was a system of monthly reporting; the second involved formalising how those in government could obtain the solicitor-general’s advice. He introduced this procedure, he says, to ensure he was only providing an opinion on a matter of law where there had been a referral by the attorney-general. This is a statutory requirement under the Law Officers Act 1964, which states that while solicitors-general may directly act as counsel for a number of Commonwealth entities in contested matters, they may only provide opinions on questions of law on the referral of the attorney-general. This requirement reinforces the historical and ongoing relationship and accountability between the offices.

As well as attempting to ensure that the requirements of the legislation were being met, Gleeson’s changes aimed to reduce any confusion about the existence of the solicitor-general’s legal advice and any risk that it would be misrepresented by government.

Prior to the attorney-general’s direction last month, the guidance note issued by the Commonwealth Office of Legal Services Coordination in 2013 stated that the solicitor-general must be briefed for “very important and legally difficult matters that are of particular significance to the Australian government.” A matter is “significant” if it “raises novel, difficult and important points of legal principle,” “relates to the implementation of government policy or decisions of the highest importance,” “raises issues of the highest political sensitivity,” “raises legal issues resulting in conflict between agencies” and/or “has significant financial implications or very important whole-of-government implications.”

The guidance note has been revised to correspond with the attorney-general’s May direction. It no longer spells out the type of matter that should be sent to the solicitor-general for advice. Instead, it includes the following statement: “The solicitor-general’s advocacy services, and the provision of his or her advice, are generally reserved for very important and legally difficult matters that are of exceptional significance to the Commonwealth.”

[The solicitor-general is] totally dependent on me or others to tell him what we’re up to… But at the same time, we’re conscious that if something goes wrong, or becomes a big issue… we get asked the question, why wasn’t the solicitor-general instructed or his opinion sought?

Despite this being the usual position, Australian history provides examples of cases in which the solicitor-general has been “frozen out” or “starved” of work. This might occur for a number of reasons, but most often it has been because of the souring of a relationship between a solicitor-general and an attorney-general.

In Victoria in the late 1990s, for example, relations between solicitor-general Douglas Graham and new Labor attorney-general Rob Hulls were vitriolic. As shadow attorney-general, Hulls had alleged in parliament that Graham advised the government in proceedings against BHP at the same time as being a shareholder and director of a family trust that held shares in the company. Hulls told parliament that Graham was “absolutely incompetent to be in the position of solicitor-general of this state, and as a result he must resign immediately, because the longer he stays in that position the longer the position continues to be tainted.” After Labor took government in 1999, Graham simply did not deal with the attorney-general, and many sensitive government matters that would ordinarily be briefed to the solicitor-general went elsewhere.

There is thus a clear frailty in the current arrangements. Speaking in 2011, former SA solicitor-general Martin Hinton observed that the potential for freezing out “is by no means ideal,” though “it is not the norm, and it has not been my experience.” Most of the current and former solicitors-general I interviewed weren’t concerned by the possibility of being “frozen out” of work, and examples of this happening are exceptions to the general experience.

Nonetheless, its potential has ramifications for the office’s capacity to perform its advisory function in a manner that contributes to the rule of law. And the ability of a government to sideline the solicitor-general also raises the possibility that an individual may endorse a certain course of action to remain within the government’s trusted circle.

As Anne Twomey has observed with concern, the new, overly demanding process may also hinder access to the solicitor-general in urgent matters. And former Tasmanian solicitor-general Leigh Sealy identified the dangers of over-formalisation in his 2011–12 report to parliament:

There is some anecdotal evidence to suggest that some people may regard compliance with the guidelines as being onerous and, for that reason, decide not to obtain advice when they might otherwise do so. That is plainly undesirable.

Gabrielle Appleby is an Associate Professor in the Gilbert + Tobin Centre of Public Law at UNSW Law. The Role of the Solicitor-General: Negotiating Law, Politics and the Public Interest has just been released by Hart Publishing.

The concept has spread like wildfire but the results, here and overseas, are mixed 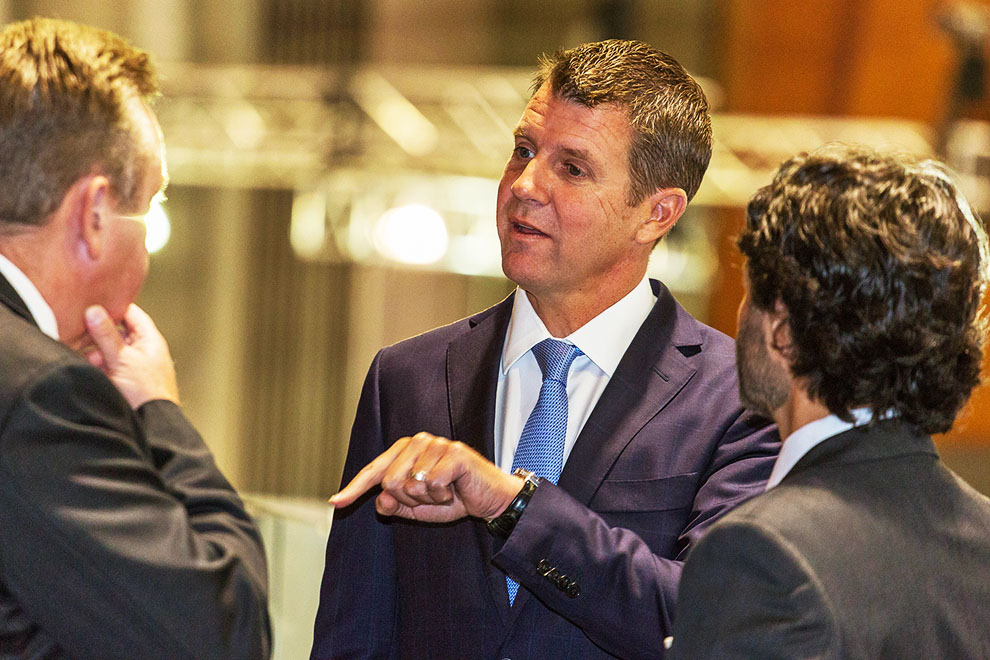