A perfect imperfection of her own 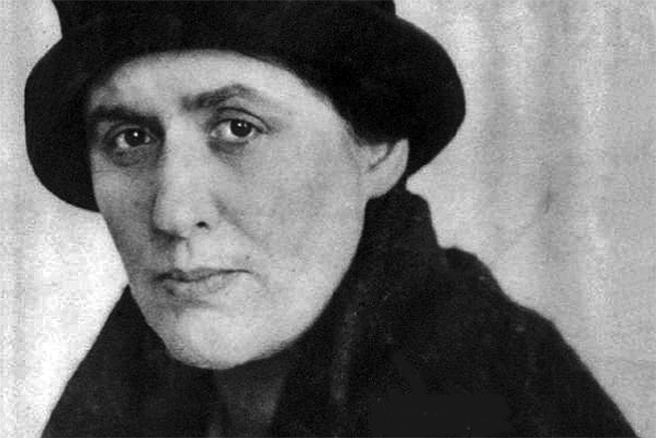 Anna Wickham is one of those writers, like Frederic Manning and P.L. Travers, who left their Australian childhoods behind to make their names in Britain as British writers. None of them wrote about Australia, so their backgrounds seem to have little relevance to their work and their portion of fame. It’s difficult even to call them expatriates, but sometimes the only attention they get is from interested Australians.

Edith Harper was first brought to Australia from England in 1885, before she was two, by her runaway mother. Her parents soon reconciled back in England and, when Edith was six, they returned to Australia, where she was educated in convent and public schools in Queensland and Sydney. Both of her parents had artistic aspirations that they projected on to their talented daughter, and they encouraged her to return to England to seek a career as a singer, after the manner of Nellie Melba. She took lessons in singing and drama, but the career didn’t eventuate, and in 1906 she married Patrick Hepburn, a lawyer and amateur astronomer. Within a few years she was the mother of two sons, living in the London suburbs.

In Australia she had published two plays for children, and she continued to write despite the vicissitudes of life with a husband who, she claimed, disapproved of her writing and singing. She adopted the pen name “Anna Wickham,” referencing the street in Brisbane where she had promised her father to become a poet, and published her first book of poetry in 1911. By 1922, with two further sons to care for, she had published four books of poetry and acquired a reputation as a poetic voice for women. In his introduction to this new selection of her work, Nathanael O’Reilly calls her a “pioneer of modernist poetry” and “a fierce feminist.”

Wickham lived on the edge of the Bloomsbury circle of literary London. During the first world war – when her husband was in the navy – she became friendly with D.H. Lawrence and his wife Frieda. Perhaps she contributed to Lawrence’s optimistic view of Australia (described in David Game’s recent book about Lawrence), which was to fade so quickly after his direct experience of the country. In the face of her desperately unhappy domestic situation, Wickham embraced bohemia, visiting the wealthy American lesbian Natalie Barney’s salon in Paris and becoming one of the honoured members of her Académie des Femmes.

In 1929, Patrick Hepburn gave Wickham her freedom when he fell from a mountain in the Lake District while climbing alone on a wild day in mid-winter. She later opened her home to indigent writers, including Dylan Thomas. While maintaining a long and passionate correspondence with Barney, she had other intense relationships with women and men, including David Garnett, a member of Duncan Grant and Vanessa Bell’s ménage, who would edit a collection of Wickham’s poetry after her death.

The last poem she wrote, “I Hung Myself,” imagines a suicide attempt, and in 1947 she acted this out. Germaine Greer seized on this suicide to berate Wickham as one of her “slip-shod sibyls,” suicidal for twelve years “before, at the age of sixty-three, she completed the process.” Writing in 1995, Greer found Wickham overrated, deriding her poems as “gusty versicles.” O’Reilly’s edition of the poems reveals how much that comment owes to Greer’s inability to resist a witty phrase.

Wickham’s best-known poems are laments of the suburban wife, captive to the routines of housework and childcare. For example, “Nervous Prostration” begins:

I married a man of the Croydon class
When I was twenty-two.
And I vex him, and he bores me
Till we don’t know what to do!

“Divorce” expresses a wife’s desire for activity and risk “in the dark cold winds,” rather than a life smothered by the house fire. “Meditation at Kew” whimsically imagines releasing “all the pretty women who marry dull men” to frolic naked in the sun. “The Tired Man” considers a man who longs for the quiet life while his wife is “on the hillside / Wild as a hill-stream.” “The Marriage” presents marriage as an exhilarating battle where two people are “at each other like apes, / Scratching, biting, hugging / In exasperation” before calling a truce of friendship. There are enough of these poems to justify Wickham’s place in the history of feminist poetry, but they are not so simple as they appear.

Though much of the poetry is confessional in tone, it often adopts an imagined persona and is ironic, humorous, even satirical. “The Egoist,” with its claim that “a faulty rhyme may well be a well-placed microtone, / and hold a perfect imperfection of its own” might be read as Wickham’s own statement on form, but for that title and the pompous nature of the persona. “Multiplication,” dedicated to Lawrence, sends up the novelist’s ideas about women, imagining a woman’s life as a “printing machine” producing sons. Another poem teases George Bernard Shaw about his interest in money. “Lady Biography Comes to Tea” mocks chattering women and silly books.

While Patrick Hepburn might well have resented being classified as a man “of the Croydon class,” “The Homecoming” can be read as mourning the way the routines of married life can destroy both a man and his wife’s love. It grieves for a lost life and a lost love. It is possible, too, that “Invocation” expresses concern for Patrick’s absence at war – “My man is fighting on the open sea.”

This expanded collection of Wickham’s poetry supports Anne Pender’s view that her work encompasses a range of styles and subjects, well beyond feminine complaint. Some poems draw on folk traditions and Shakespearean forms, others experiment with free verse. There are nature lyrics (including delightful songs about boys playing in the garden), aphorisms, love poems, and a sonnet sequence.

The claims for Wickham’s pioneering role in modernism are more difficult to judge. In histories of modernist poetry, the established leaders of her generation are T.S. Eliot and Ezra Pound, who resisted the confessional and autobiographical mode she favoured. Yet her associations (she also knew Pound) and the dates of Wickham’s publications are significant.

The period from 1911 to 1921, when she published most of her poetry, now appears to be a transitional period for literary experimenters like James Joyce, Virginia Woolf and Eliot. Wickham’s insistence on speaking in a woman’s voice, and her willingness to break with conventional form make their own contribution to the poetic experiments of her time. She sometimes uses archaic language, or wanders into mythological dreams, but she was part of a progress out of Georgian styles to more familiar and personal diction. Walt Whitman and W.B. Yeats are clear influences, but Wickham offers her own originality. The distinguishing quality of much of the poetry is the sheer energy it conveys (those gusty versicles!). Above all, there are poems here simply to enjoy.

O’Reilly has selected 150 poems from around 1000 held in manuscript form at the British Library, to add to one hundred from already published collections. He gives us no principles for the selection, nor any overview of what he found when working his way through them. In practice, it is difficult to find your way around this edition if you want some idea of the dates when the poems were composed, or (with no alphabetical index) to retrieve a poem that you noticed on first reading. There is no attempt to date the composition of the unpublished poems, so the poems are left pretty much to fend for themselves without context.

Two direct references to Australia in the newly published poems come as a surprise. “The Urge” responds to a letter from her father (“fourteen pages of Excelsior”) encouraging her to be both a “prophet of a new morality” and “still be popular”: “Till all Australia see my portrait in the Sphere.” The desire to please Australia with international fame has a familiar ring to it. In “Constantia Columbus Takes a Bus”:

There is a sudden freshening,
As when the southerly wind
Comes blustering up to Sydney,
Bringing South Arctic cold to end the breathless day.

It is not enough to make her a fully credentialled Australian poet, but it gives readers and critics a little more reason to be interested in a woman who held her own in the literary circles of London and Paris. •

The wartime origins of the culture wars 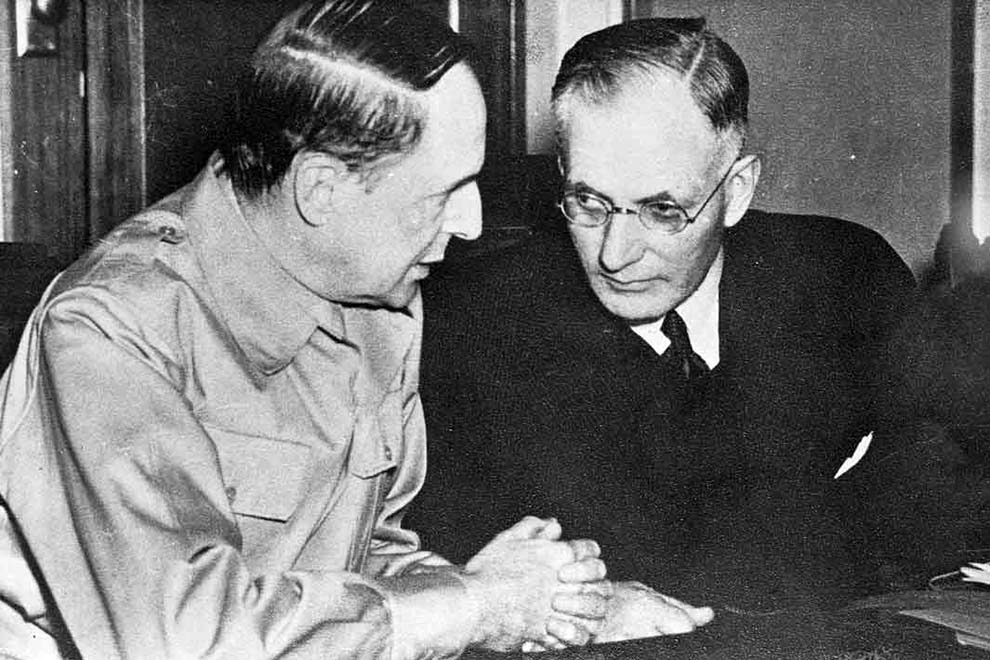