A revolution you can bet on 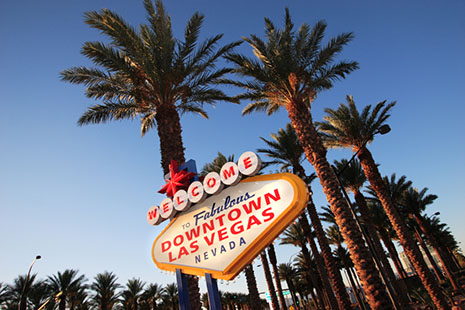 NOTHING UNITES Australians like the prospect of easy money. This week’s Oz Lotto draw attracted over ten million punters, lured by a record-breaking $106 million in prize money.

Kings Cross identity John Ibrahim took time out from promoting nightclubs to have a flutter, and promised to use his winnings to build orphanages in Asia. Shadow treasurer Joe Hockey showed a weak grasp of the odds by purchasing two tickets. The secretary of the Australian Chinese Buddhist Society, Daniel Chan, wasn’t waiting until Nirvana for pay day. “Well why not,” the Sydney Morning Herald reported him as saying, “It’s a truckload of cash, right?”

Even the Communist Party of Australia got in on the act. Appropriately, its secretary-general Hannah Middleton and three of her comrades acted collectively and organised a syndicate.

The mention of the CPA in Sydney’s venerable paper of record came as a shock to me – I thought they’d chucked in the towel years ago. But it wasn’t the first time I’d heard of communists abandoning the doctrine of historical inevitability in favour of fickle chance.

In 1967 the American writer Joan Didion published a short piece in the Saturday Evening Post entitled “Comrade Laski, C.P.U.S.A. (M-L).” The “comrade” of the title was Michael Laski, general secretary of the Central Committee of the Communist Party USA (Marxist–Leninist) – a tiny cadre of American Maoists.

Didion describes him as “a relatively obscure young man with deep fervent eyes, a short beard, and a pallor which seems particularly remarkable in Southern California.” At the time of their meeting he was a drop-out from UCLA in his mid-twenties.

Didion interviewed Laski at the Workers International bookstore in Watts, the black ghetto in Los Angeles made famous by the riots that took place there in 1965. Sitting at an old kitchen table, surrounded by portraits of the communist saints – Marx, Engels, Lenin, Stalin and Mao – she watched as the self proclaimed professional revolutionary fidgeted with a copy of the Great Helmsman’s poems, aligning it with the edge of the table, one way then the other.

Though separated politically from this intense young man – she had after all voted for Barry Goldwater in 1964 – Didion had some sympathy for him. She thought his ideas were stupid, but she appreciated his existential predicament.

“I am comfortable,” Didion wrote, “with the Michael Laski’s of this world, with those who live outside rather than in, those in whom the sense of dread is so acute that they turn to extreme and doomed commitments; I know something about dread myself and appreciate the elaborate systems with which some people manage to fill the void, appreciate all the opiates of the people whether they are as accessible as alcohol and heroin and promiscuity or as hard to come by as faith in God or History.”

And, of course, she might have added to her list another of the people’s accessible opiates: gambling.

Plainly the Laski encountered by Didion is a man on a mission. Like his hero Mao, he believes power comes from the barrel of a gun. The party’s bookshop, he informs her proudly, is protected by comrades armed with a “small arsenal.”

“What we do may seem a waste of time to some people,” he tells her at one point, “Not having an ideology yourself you might wonder what the party offers. It offers nothing. It offers thirty or forty years of putting the party above everything. It offers beatings. Jail. On the high levels, assassination.” The fact that his party only has a few dozen members does not deter him; he has history on his side.

There is an even bleaker coda to Comrade Laski’s story. A few years after being immortalised in Didion’s essay, Laski’s sense of destiny deserted him. He lit out for Las Vegas and lost the party’s entire treasury at the tables.

I like to imagine him bowling down the highway in a stolen convertible, a Cuban cigar clenched between his teeth, desperately contemplating the revolution he would fund with a simple roll of the dice.

At the next meeting of the Central Committee, perhaps not surprisingly, guns were drawn, but luckily for all involved no blood was shed.

Comrade Laski had blinked in the face of history. He had shifted his gaze from the hard to come by opiate of historical materialism and found himself following the easy route to the American Dream, just like all the other opium eaters.

At one point in his encounter with Didion, Laski contemptuously tells the bourgeois writer: “I talk to you at all only as a calculated risk. Of course your function is to gather information for the intelligence services… And yet there’s a definite advantage to me in talking to you. Because of one fact: these interviews provide a public record of my existence.”

Didion’s essay is pretty much the final resting place of Comrade M. I. Laski as far as history is concerned. Calling on the Great God Google elicits only the smallest of traces: a brief Wikipedia entry; some mentions in a few out of the way articles.

If he’s still alive Laski would be about the same age as Keith Richard. Is he a wizened old left-winger still bemoaning the fall of the Berlin wall? Or is he a denizen of The Strip, walking the neon-bathed streets of Las Vegas, still hoping his luck will change?

And how did the CPA Oz Lotto syndicate do? Well, it seems, the workers – even when united – will be defeated by the odds, especially when they’re forty-five million to one. Just like Comrade Laski, they didn’t win a cracker. •

Brett Evans is the author of The Life and Soul of the Party: A Portrait of Modern Labor (UNSW Press) 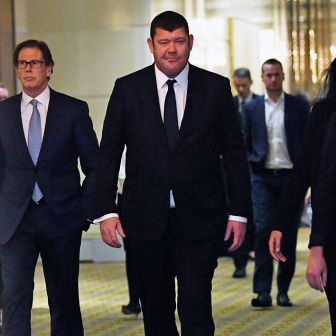 National Affairs Last gasp for the Packer mystique? Rodney Tiffen 27 August 2019 His father’s media empire is long gone, but James Packer is still treated with kid gloves by both sides of politics

Essays & Reportage The lobby group that got more bang for its buck James Panichi 1 July 2013 Targeting marginal seats is nothing new in politics, but the gambling industry has shown it can work for lobby groups too. James Panichi pieces together the story

National Affairs Gambling on the Productivity Commission Peter Mares 13 March 2009 All the evidence is in, yet the government has ordered another inquiry into the impact of gambling, writes Peter Mares
Close