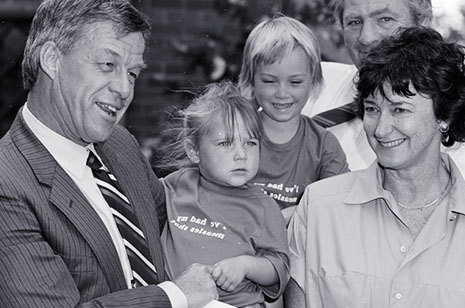 Making Medicare: The Politics of Universal Health Care in Australia
By Anne-marie Boxall and James A. Gillespie | NewSouth | $59.99

IN Making Medicare Anne-marie Boxall and James Gillespie recount the extraordinary path of Australian health policy from the 1940s until the opening decade of the twenty-first century. While numerous books and articles have dealt with different parts of the story, I know of no other work that brings the events of seven decades together in one place. The book is enhanced by the inclusion of evidence from recently released archival material. As we would expect, however, any account of such a long period necessarily takes the form of a primarily descriptive overview, without the space for close detail or extended analysis.

The strength of the book is its historical perspective. It picks up the story from the middle of the 1930s when conservative members of the federal government became alarmed about the financing of age and invalid pensions from general revenue. Australia was, and still is, almost unique in this respect; most comparable countries operate schemes based on employee and employer contributions. Members of the government believed that Australia’s approach would inevitably lead to national bankruptcy. (The other side of politics, Labor, had rejected contributory national insurance in 1912, seeing such schemes as a tax on workers’ wages.) Sir Walter Kinnear, controller of the insurance department of the British Ministry of Health, who was brought to Australia to devise a scheme, believed that pension and health schemes should be treated as one organic whole, so health was brought into the plan. Boxall and Gillespie describe the failure of the proposed scheme in the late 1930s followed by the failure of most of Labor’s health policies in the 1940s.

Following its abolition of Labor’s only real policy success of the 1940s, a general revenue–funded, open-access hospital scheme, the Coalition introduced a publicly subsidised, private health insurance scheme in the early 1950s. Making Medicare takes up the story of how Labor began developing a proposal for national health insurance against the wishes of many in the party who supported a preventive, community-based health system with salaried doctors. It then describes the tortuous introduction of Medibank, which finally came into operation in 1975, and its complete abolition through five major policy changes by the Coalition, and discusses the reintroduction of national health insurance in the form of Medicare when Labor regained office. There are chapters on policy in the Hawke–Keating era and in the Howard years and a short final chapter on “current issues, future challenges.”

Alongside its strengths, this book has a number of weaknesses, mainly associated with its broad scope. First, it is not for the uninitiated: several complex and important issues are covered only briefly and sometimes mentioned simply in passing. For example, Labor’s traditional community-based, preventive model of healthcare and the health insurance model are not explored in enough detail for a lay reader to grasp their crucially important differences. There is very little discussion of the Whitlam government’s community health program, which some members of the party envisaged would eventually replace health insurance, and nor is there much discussion of the way that program was drastically cut back during the Fraser years. The discussion of why producer interests generally oppose both national health insurance and community-based models of practice is too brief to provide a good understanding of interest group activism or the crucial importance to health politics of the size of the private hospital and medical. Another important issue mentioned only in passing is the extended Medicare safety net, still in operation, which a review found to be grossly inequitable in terms of access and inflationary in terms of the opportunities it provides for doctors to raise fees. Nor is the highly controversial Treasury-funded health insurance rebate, reintroduced by the Howard government, discussed critically or in sufficient detail.

In terms of detailed discussion, chapters 5, 6 and 7 dealing with policy during the Fraser years form the heart of the book. Yet the Commonwealth’s frequently conflicting policy objectives, which were at the root of its policy failure, are not explored in much detail. The Commonwealth wanted to reduce the public sector share of health insurance (an objective shared by medical and private insurance interests) at the same time as reducing its own share of health expenditure and containing healthcare-induced increases in the consumer price index. It also wanted to control overall healthcare cost increases, ensure the continuation of private medical practice in hospitals and provide Australians with universal access to healthcare. The complexity of such interdependent and often conflicting aims requires detailed discussion if those not already familiar with these thorny issues are to grasp them.

Moreover, while it seems accurate in a sense to argue that the Australian Medical Association was marginalised from policy-making during this period, there is no discussion of its role as an interest group. It put enormous pressure on the Commonwealth to reprivatise, arguing among other things that the health insurance system was “slowly bleeding to death” because people were not taking up private insurance quickly enough. The book’s main argument about the Fraser period is that it was never intended that Medibank be terminated. There was certainly intention to reduce the size of the public sector of insurance, however, which altered the basis of Medibank (with all the access and equity consequences that followed). And I know of no one who has argued that Fraser government policy was part of a “longer-term plan to dismantle Medibank” motivated by “deep ideological hostility to publicly funded, universal health coverage.”

A second weakness is that there are a number of inaccuracies and unsupported claims in the volume. Professor John Deeble was not a Health Insurance Commissioner during the Fraser period, for example, and it isn’t true to say that the Medicare legislation “sailed” through parliament. In fact, the government did not have control of the Senate and the Australian Democrats took up, among other things, the cause of job losses in the private health insurance industry. (Job loss was a politically sensitive issue at the time, having been raised by the private health sector.) The result was that senior policy-makers assembled in Parliament House on the evening that the legislation was to be voted on in the Senate had no idea whether it would pass or not.

The authors argue that in the late 1990s the number of people holding private insurance had reached “perilously low levels,” but do not explain what would constitute perilously low levels, and why. Indeed, one of the long-term aims of Medicare’s designers was that private health insurance would gradually become a small component of the system – for sound health economics reasons. The problems surrounding what balance should exist between public and private sectors is not discussed or even acknowledged. Similarly, the claim is made that Medibank was an expensive program. This is true in terms of Commonwealth expenditure (as was the intention) but not correct in terms of the total costs of healthcare for the Australian community.

Finally, not everyone will agree with all the interpretations in this volume. The authors argue that Australian governments, regardless of political persuasion, were always reluctant to fund welfare reform and that the dominant philosophy in the late nineteenth century was individual self-reliance. Such a view runs counter to that put forward by writers such as William Pember Reeves at the time (State Experiments in Australia and New Zealand, 1903) and Marian Sawer, who has produced an extensive body of work on the importance of social liberal ideas in Australian history (see for example, The Ethical State? Social Liberalism in Australia, 2003).

Making Medicare presents a valuable account of Australian health policy over a very long period but it should be read with a critical eye. It will be of most use to those who seek a one-stop overview of this history. Readers will need to consult supplementary sources if they wish to understand the political complexities of Australian health policy and the central significance of the balance between the sizes of public and private sectors. •

Gwendolyn Gray Jamieson is a Visiting Senior Lecturer in the School of Politics and International Relations at ANU, and author of Reaching for Health: The Australian Women’s Health Movement and Public Policy. 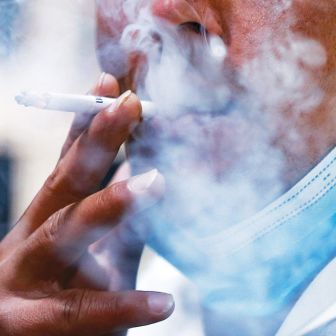 An attack on the unions won’t necessarily have the expected political impact, writes Frank Bongiorno 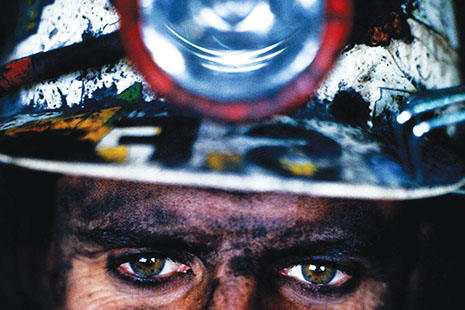