A sort of farewell 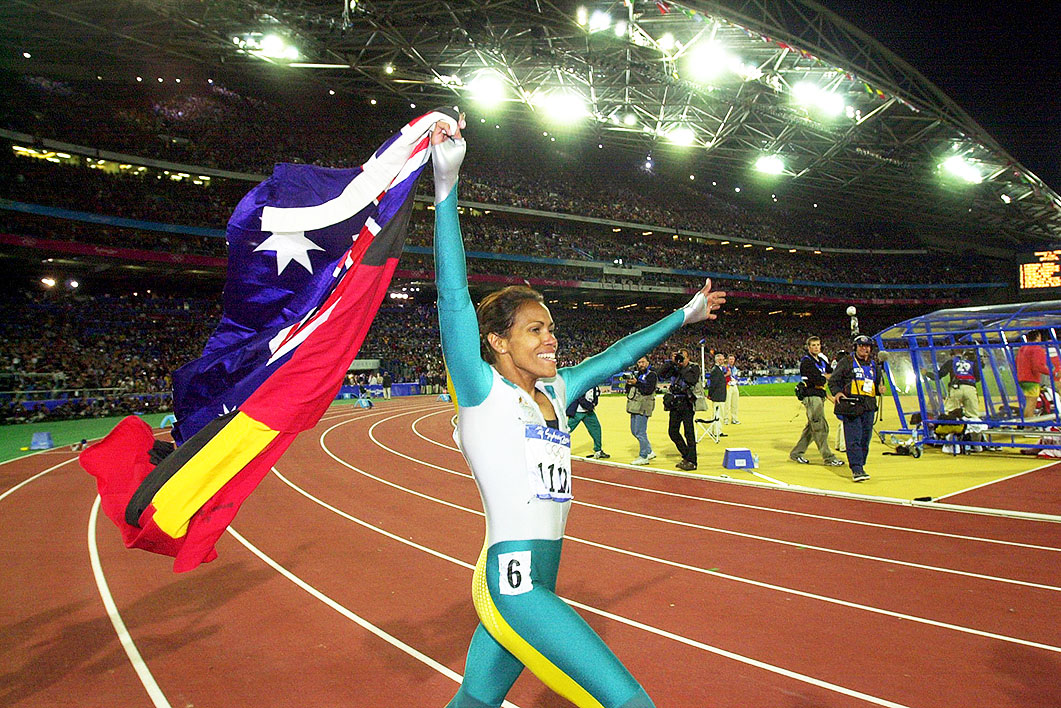 When John Rickard’s Australia: A Cultural History was first published in 1988, cultural history as a subgenre was still the relatively new kid on the block. The “new” social history was well into late adolescence and showing signs that its early promise would not be realised. The politics of identity had settled into producing some dramatic departures, with women’s history, black history and the first glimmers of gay history, but these forms, because they were defined by culturally constructed identities, were subsumed methodologically as forms of cultural history. The novelty of cultural history meant that, when Rickard began the book in 1981, he was afraid the term might sound “pretentious.” By the time the book appeared seven years later — and good books take time — there was no longer any need to worry. A second edition appeared in 1996, with a short “coda” to bring it up to date.

This third edition of Australia: A Cultural History is to be welcomed, not just because Rickard’s book is still one of the two best overviews of the nation’s history. Along with Stuart Macintyre’s A Concise History of Australia (1999), it sits as a worthy successor to Keith Hancock’s Australia (1930) and Manning Clark’s A Short History of Australia (1963) in its readability and imaginative reach. But to see it as simply a good general history is to miss how groundbreaking it was; a new edition provides an opportunity to reflect on where history has taken us since the bicentenary.

Thirty years later, cultural history is no longer flavour of the month — a term that itself seems to have had its day. Since 1988 cultural history has been largely displaced by new kinds of history: a new political history and a new economic history, the history of the emotions, environmental history and queer history, along with the turn to “settler colonialism” and the “transnational” turn. History has taken so many “turns” in the last few decades that many historians are still spinning.

What is remarkable is how many of those dizzying turns Rickard anticipated in 1988. While the book is still very much a national history, he recognises that Australia can only be understood in its transnational relationships: British influences obviously, but also the way Americanisation, migration and overseas travel have shaped the culture. Nations, it can be said, only exist transnationally. Similarly, well before there was much talk about the history of the emotions, Rickard, with his early interest in psycho-history, sought out emotional patterns in Australian life, where some of his most astute insights are to be found. Homosexuality is also discussed quite naturally, without diffidence or fanfare. And though this is a cultural history, there is a surprising amount of the new political history, with politics understood as being shaped by culture, the sort of culture “which, having conceded women political rights, did not seriously envisage that they would exercise them.” Environmental history is there, too, in the attention (perhaps there’d be more now) given to attitudes to landscape — not just the European fervour for making it productive but also the appreciation, among both European and Indigenous Australians, of its aesthetic possibilities.

Perhaps the only significant lacuna, from today’s perspective, is “settler colonialism,” which might now be expected to shape a cultural history of Australia quite profoundly (for good or ill). For Rickard, the colonial was and remains primarily about Australians’ cultural deference to Britain — more specifically, he argues, to England — rather than white Australians’ colonial dispossession of Indigenous culture. That’s not to say Rickard is not sensitive to the destructiveness of relations between black and white, which is a recurrent theme; just that positioning white Australians as the colonised rather than colonisers is the more significant shaping principle. When he observes that “colonisation is a relationship, even a mentalité, and one from which Australia found it difficult to escape,” he was thinking in terms of Australia as a cultural fragment of Britain. And that’s to the good: to read Australian history simply through the lens of settler colonialism would be reductionist. The reappearance of Rickard reminds us not just that intellectual contexts change but also that no single over-arching paradigm will ever adequately reveal the complexity of the past: that even something as blindingly obvious as colonial power is many-faceted. To leave it a battle between white blindfolds and black armbands, as the history wars tended to, is to do profound damage to how we can understand the past.

In treating the colonial condition not as a failing to be deplored but as a reality to be investigated, Rickard brought two important considerations to understanding Australia. Both need reaffirmation given the transformation of Australian nationalism that took place — in very different ways — under Keating and Howard after 1988. The first is Rickard’s insistence that to obsess about what is distinctive in Australian culture is to ignore most of what makes up a culture. He insists he is not trying to define a national identity but “suggesting the emotional range of the Australian people” — though occasionally the difference is rather too subtle.

The second crucial contribution is his insistence that culture is not created by strivings to project a shared national identity but “by the means it develops to reconcile, or at least accommodate the dissonant forces within it.” Rickard is unusual in putting his emphasis on the first half of the twentieth century, when many of those accommodations were reached, when Australians came to terms with modernity and being a (somewhat) independent nation. Some are “silent accommodations”: an acceptance of Anzac commemoration in the 1920s, despite disagreement about the significance of the war, or Labor’s tacit acquiescence in “the forms of imperialism” while proclaiming its Australianism in the 1930s. Rickard listens to murmurs in the culture, not just the loudest voices. Other accommodations were more explicit: Australia’s unique mix of public and private enterprise, for example, or employers’ and workers’ ritualised conflict in the arbitration courts, or Catholic and Protestant “joined together by a regulated code of mutual hostility.”

Rickard himself has lived out one of those accommodations. He grew up and was educated in Sydney but then, after an interesting acting career, made his name as a historian in Melbourne. One of his strengths is his avoidance of any Sydney or Melbourne bias, just as Australia accommodated rivalry between Sydney and Melbourne by building Canberra.

But his greatest strength is the elegance and subtlety of his judgements. Look at the single paragraph — short, sharp and illuminating — on the emergence and power of the professions in Australia, “where the pecking order was much more negotiable”: professions were “all the more powerful for being less noticeable.” Again, he has just two paragraphs on Federation, ending before the readers’ eyes have time to glaze over, yet we feel he has got the gist of things: a movement “modest in its vision,” festivities “characterised more by good humour than patriotic fervour.”

And then there are the gracefully incisive turns of phrase and the quiet eloquence of his writing: how in the face of the “rituals of public patriotism” during the Boer war, many resorted to “discreet apathy”; how the relative tolerance accorded artists’ eccentricities was born of “a general indifference”; how Australia’s beach culture suited its temperament, the beach “a place for physical expression, not emotional intimacy.” There are nice juxtapositions too: the famous photo of the AFL’s Nicky Winmar, pointing to his blackness, is now offset by Cathy Freeman’s Olympic victory; and social media meant both that Cronulla could riot and that Julia Gillard’s misogyny speech could go viral.

It is always a problem updating a text: how much of the original to fiddle with? A new bibliography brings “further reading” up to the present, but the footnotes are almost entirely to pre-1988 publications. Occasionally a sentence has been dropped or added. “Aborigines” has been quietly altered to “Aboriginal people” throughout, and “conqueror” to “invader.” Somewhat inexplicably, the acknowledgements have had a major makeover. A few minor errors persist: Bondi lifesaving club was formed in 1907, not 1906; women’s suffrage passed the Victorian parliament in 1908, not 1909; Vegemite was launched in 1923 not 1922; the Coca-Cola logo appeared on a spinnaker not a flag in the First Fleet re-enactment in 1988. A new chapter brings the story to the present but keeps the same themes on the boil.

One thing has changed significantly. Over the life of the book, Rickard has argued that not only are the old accommodations fraying, but new ones have become harder to achieve. My tattered first edition ended optimistically: new dilemmas and divisions could be exploited creatively, “The uncertainty of the future offers the opportunity to invent one.” With the second edition, the history wars had taken their toll: he ended it with fears that new accommodations (particularly around the republic and reconciliation), which depended on an acceptance of both the good and bad in Australian history, had become more challenging. By the third edition, the ending is bleak: “Achieving the cultural accommodation between our past and future seems just too difficult. There is a risk we may get the future we deserve.” Not curmudgeonly old age, just despair. If this edition is bidding “a sort of farewell” to this long-lived book, it is a powerful parting gesture. •

Richard White retired from the University of Sydney in 2013, having taught Australian history and the history of travel and tourism there since 1989. His publications include Inventing Australia, The Oxford Book of Australian Travel Writing, On Holidays: A History of Getting Away in Australia, Symbols of Australia and Playing in the Bush: Recreation and National Parks in New South Wales.