“A spectre is haunting America…”

Books | What if meritocracy is almost as rigid as the system it replaced? 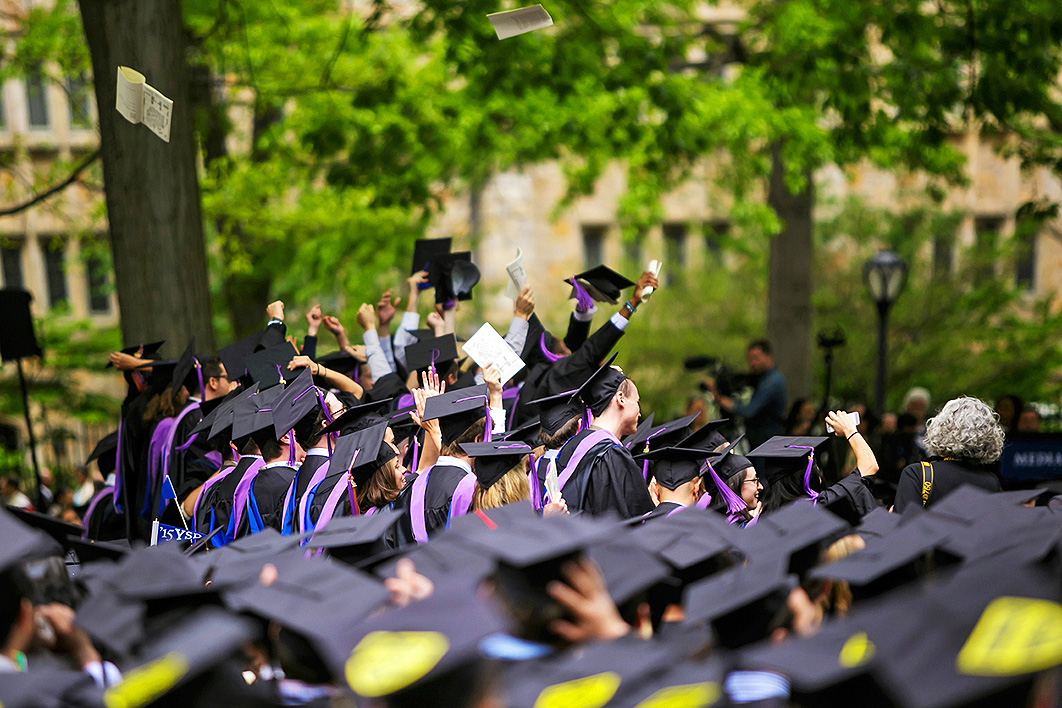 Irony can sometimes be mistaken for cheery optimism. Donald Horne labelled Australia a lucky country run mainly by second-rate people who share its luck. The sting was forgotten, and a new national slogan embraced. Its author seemed bemused rather than distressed.

The British sociologist Michael Young, on the other hand, was appalled by the reception for his best-known book. The Rise of the Meritocracy, published in 1958, warned of a new fetish that assumed IQ + effort = merit. Young believed that rigorous testing for the most talented children, early coaching to compete in exams, and merit-based appointments to high office would produce a highly stratified society, stable but stifling, with citizens classified early in life and then held firmly in their assigned stations.

Far from sparking alarm, the idea of meritocracy suited the times. In business, politics and the law, university-educated young people were challenging the hereditary right to office. Merit seemed a better guide than class, a chance for the talented to rise without the old barriers. Young offered a dystopia, a 1984 for a new generation, but his neologism became the program for a new government-proclaimed Britain in which ability rather than wealth or birth decided outcomes.

Michael Young lamented the fate of his prophecy for the rest of his life, reports Yale law professor Daniel Markovits in The Meritocracy Trap. Markovits returns to that original warning, and argues that meritocracy — now our unchallenged way of organising economic and political life — has indeed proved a snare. It has fostered a new elite, once again closed to those born without advantages.

This time the terrain is the United States not Britain, and there is little irony on offer. Markovits provides copious evidence that America is dominated by a tiny elite — the 1 per cent with access to privileged kindergartens, to schools that train their children to sail through exams, and to Ivy League universities that promise a direct and reliable conduit to high-status jobs in finance and the law. The charts and surveys in the latter sections of the book can be hard to correlate with the text — the format apparently works better on Kindle — but the point is clear: far from opening opportunities to talent from all quarters, meritocracy privileges the few. It has promoted both a meritocratic “caste” and a resentful, listless middle class that knows the American promise of social mobility through hard work has become a “moral insult.”

This is an ambitious thesis. It proposes that populism in America arises from resentment at a growing gap between the wealthy and the rest. Curiously it was a rich man, Donald Trump, who mobilised this “repudiation of the incumbent elite” to his electoral advantage, creating a conservative rather than radical “new politics.” Markovits applies this analysis across generations, from the shared prosperity and relative social equality of the 1950s, through the wages stagnation that began in the 1970s, into the growing divide from the 1990s, when a tiny group of tech and finance leaders made themselves immensely wealthy before passing on their advantages to their children, above all through elite education.

To impose coherence on such a sweeping narrative, Markovits veers surprisingly close in places to a Marxist reading. The elite’s embodied human capital makes them wage slaves, to be understood through a labour theory of value. Elite families resemble a factory, a site of production for the next generation. Meanwhile the middle class is impoverished by new technologies, stripped of their sense of possibility, and pushed ever closer to the working class. By the final pages the metaphor becomes complete; the book closes with a call for the 99 per cent to rise up against the meritocracy, with nothing to lose but chains and a whole world to win.

Despite the stirring rhetoric, the conflation of inequality and merit does not entirely persuade. Markovits is at his best taking apart the outrageous exclusivity of the Ivy League, where half of his students in first-year law hail from families in the top 1 per cent of American income. He traces the arrival on Wall Street of physics graduates who invent new bond techniques far beyond the quantitative skills of the middle managers who previously dominated American finance. We hear, over and over, about the investment meritocratic families make in their children to ensure they too have elite skills to sell into the labour market.

Much is missing from this picture. Politics for one, and especially the massive concentration of wealth made possible by Congress’s tax cuts for the most affluent Americans, a failure to apply anti-trust rules to tech giants, laws that make workplace organisation difficult, and campaigns to drive unions from many industries. Technology too has differential consequences, limiting choices for many without qualifications. Markovits is keen to stress the importance of human capital, and so rejects arguments offered by economist Thomas Piketty about how other forms of capital rebuilt the ultra-wealthy stratum in America familiar from the nineteenth century but briefly disrupted in the twentieth century by war and progressive tax regimes.

Also fascinating, though not compelling, is an argument that the meritocratic are victims too. Selling labour, even elite labour, requires hard work. Successful lawyers are measured at 2400 billable hours a year, equating to twelve-hour days, six days a week. Markovits stresses the absence of free time in an elite dominated by position and income, and the loss of childhood innocence for those who must be schooled from birth for the never-ending competition ahead. The world has been inverted so the rich must work much longer hours than the poor. Alexey Stakhanov reborn would be a banker.

So how do Americans who miss out on places at Yale throw off their chains? Here Markovits offers only tepid suggestions. Private schools and universities should lose their charity status if they don’t increase enrolments from outside the 1 per cent. Payroll tax should be reformed to reward companies that create middle-class jobs.

These are interesting ideas, but no match for the urgency and concern that Markovits expresses through his book. He describes how massive and growing inequality is distorting an entire society yet offers responses that would change outcomes for only a small number of Americans. A more logical conclusion would be to suggest offering entry to elite education by lot. A ballot would also transform those political offices that have the potential to change American society.

Alternatively, Markovits might argue for radical political interventions to discount existing advantage, much as affirmative action programs seek to level otherwise unfair contests. He might have suggested that exam results be discounted by the wealth of the school, that fines and penalties be levied not as fixed sums but as a percentage of personal wealth, that death duties ensure each generation begins from a more equal place. Outraged by contemporary inequality, Marx proposed to overthrow the entire existing order, by revolution if necessary. Markovits expresses a similar anger at gross injustice only to suggest minor tax concessions.

Like many critiques, the analysis offered in The Meritocracy Trap is more compelling than the proposed solution. Markovits sums up his thesis as “economic inequality begets political inequality, and meritocracy undermines democracy.” An argument that society must think again about its most fundamental arrangements deserves considered debate — and more compelling alternatives. •

Glyn Davis is CEO of the Paul Ramsay Foundation, and a distinguished Professor of Political Science at the Crawford School of Public Policy ANU. 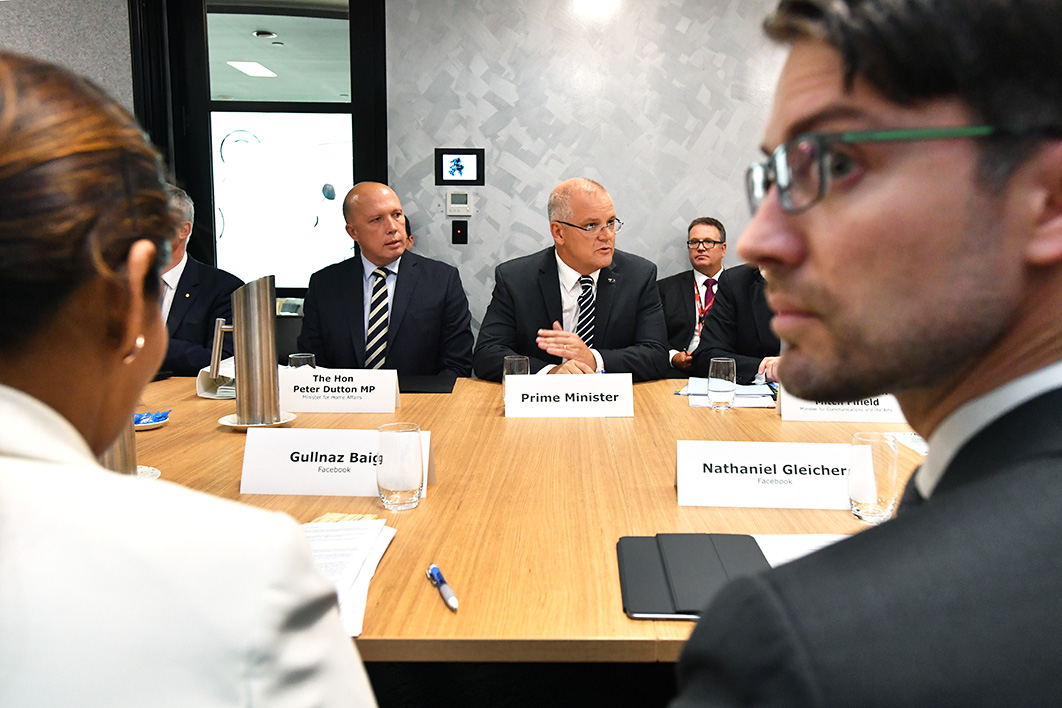