A useful tool, but no guarantee 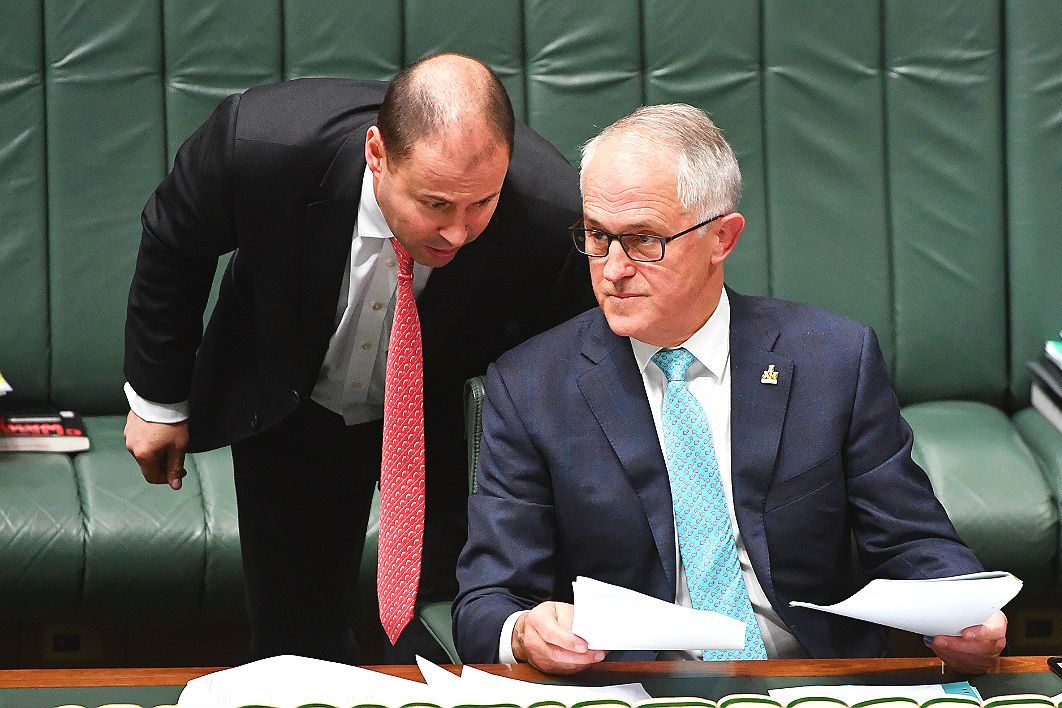 Politicians these days tend to declare any step forward as a wholesale solution, no matter how complex the problem. Thus it is with the Energy Security Board’s proposed national energy guarantee, revealed yesterday, which would require electricity retailers to contract with generators to ensure that a reserve of reliable power will be available to meet their peak demand.

In itself, it’s a good idea. Energy security is a real issue. As more aged coal-fired generators like Hazelwood close, and with gas increasingly priced out of the market, the only power stations being built are wind and solar. They provide power when the wind blows and the sun shines, but not when the wind drops and/or the sun goes down. Without other sources of power, we risk blackouts.

At first sight, the guarantee is a good way of reducing that risk. Energy retailers would be made responsible for lining up enough power from other sources to ensure they have the supply to ride out the storm. It’s the same mechanism used for the renewable energy target, which requires retailers to buy a set share of their output from hydro, wind or solar generators.

That’s the real point. Energy policy has three goals — energy security, lower prices, and lower emissions — and this tackles the first of them. But it’s just a concept — not a plan. There are no numbers, no detail.

It’s a good first step, and should have been presented as that. Instead, the prime minister is trying to sell it as the all-encompassing solution to our energy problems that will open the way for bipartisanship on energy policy, unlock investment in new power stations, reduce electricity prices, and reduce greenhouse gas emissions.

No. It won’t bring bipartisanship on energy policy: Turnbull himself introduced it in a way intended to preclude bipartisanship and ensure that the climate wars continue. Labor will probably accept the concept, but with no agreement on emissions targets.

And depending on how the idea is implemented, there is no certainty that it will reduce either prices or emissions. It could increase them both.

The concept seems good in theory, but without detail or numbers, it is impossible to say what its effect will be. The board’s claim that it will reduce household bills over the decade from 2020 by roughly $100 to $115 a year on average — a total ten-year saving of $1000 to $1150 — is nowhere substantiated in the documentation it has produced.

The concept’s originator, former NSW Treasury secretary John Pierce, who now chairs the Australian Energy Market Commission, said the “savings” number came from some earlier hypothetical modelling done by his staff. The assumption is that the proposal will remove policy uncertainty, which will unblock investment, and hence increase supply, and drive down prices. Maybe, but given the energy companies’ proven skill in defending their interests, I suggest you don’t spend too much time on planning how you’ll spend that $1000.

The board also has a proposal about how to implement emissions reduction targets. It suggests the government specify a target for a particular year, with retailers responsible for reflecting it in the energy they sell. This would take effect at the start of 2021, after the existing renewable energy target has been met. If the government decides that the electricity sector’s emissions should be cut in 2021 by 1 per cent, for example, then retailers could be required to ensure that that is matched in the energy they buy.

Leaving aside the issue of what happens when a retailer’s market share rises or falls — they are in competition, after all — that too may prove a good mechanism for implementing emission reductions. But if implemented in the way depicted yesterday by Turnbull and the board’s chair, Dr Kerry Schott, it would ensure that Australia could not meet the targets the government signed up to in Paris in 2015.

The “emissions guarantee,” too, is just a concept; it will be meaningful only when the numbers are keyed in. Schott has spent a lifetime in management for government and business — including a stint at the one-time investment bank, Whitlam Turnbull — and she must be used to keeping a straight face while saying the most implausible things. But to suggest yesterday that the electricity sector would be doing its “fair share” if its emissions fell in line with Australia’s target — a reduction of 26 to 28 per cent from 2005 levels by 2030 — stretched plausibility to breaking point.

When Treasury was modelling the impact of an emissions trading scheme — remember, the one that was designed to minimise the economic cost to Australians rather than the political cost to the government? — it estimated that electricity generation would see about 60 per cent of emissions reductions, almost twice its share of emissions. Why? Because that is where emissions can be cut most cheaply.

Look at what has happened since 2005: Fugitive emissions from mining, meanwhile, have grown by 22 per cent since 2005. Emissions from direct industrial energy use have swelled 21 per cent, and from transport, 17 per cent. Emissions from agriculture have remained flat.

If the Turnbull/Schott approach is applied to these sectors, they too would have to cut their emissions by 2030 to 26 to 28 per cent below 2005 levels. That is farfetched, to say the least. Yes, there are some low-hanging fruits that can be picked in some areas, but emissions reduction on that scale would have a massive economic cost: closing down dozens of mines, shutting factories, grounding trucks, slashing cattle herds. It’s not going to happen.

By contrast, as Treasury pointed out all those years ago, emissions from electricity generation can be reduced sharply at relatively low cost. We have the technology to generate electricity cheaply with no emissions, using the wind, water and sun. On current trends, we should soon be able to store the excess power they generate relatively cheaply in batteries, or via pump storage schemes like the PM’s cherished Snowy 2.0.

The cheapest path to meeting Australia’s emissions reduction target would be to reduce emissions from electricity generation in 2030 by something like 50 per cent. This would not impose costs on other sectors that they could not meet.

Nor would it expose us to what the Turnbull government now appears to have in mind — buying “emissions reductions” from developing countries. This bright idea would expose us to the kind of dodgy deals we saw when the European Union allowed its firms to buy phoney “emissions reduction” certificates from China and other developing countries. All Australian governments, whatever their views on climate policy, have been united in ruling that out.

Even if the detail and the numbers are missing, the energy regulators have sketched out in broad terms how their plan would work.

We don’t know some critical things. The actual levels the reliability guarantee would require retailers to contract for are yet to be decided. The board’s backgrounder implies that this will be set as a percentage of anticipated peak demand for each state, but gives no indication what that percentage might be.

Interestingly, it envisages a split-level system, with separate minimum levels being set for slow-starting generation (presumably coal) and fast-starting (presumably gas, hydro, pump storage and battery storage). That division would ensure that coal must be part of the mix, contradicting the PM’s claim that it would be technology-neutral. Not entirely, it won’t.

Different reliability levels would be set for different states. South Australia, so well endowed with sun and wind, would presumably require the highest level of contracted backup to offset their variability. Tasmania, except in times of drought, would require relatively little, as would Victoria and New South Wales.

One strength of the scheme is that its security mechanism would apply to existing generators, rather than simply to new ones, as proposed in the Finkel report. But it will also have to confront the reality that in the supply crises of recent months in South Australia and New South Wales, unexpected breakdowns of existing coal-fired and gas-fired units played a crucial part. They too can be unreliable; the mechanism will need to plan for that.

The board envisages that renewable energy would generate between 28 and 36 per cent of Australia’s electricity in 2030, compared with 16 per cent in 2016. Wind and solar between them would generate 18 to 24 per cent (excluding power stored in batteries), up from 8 per cent now.

That implies business as usual. The Finkel report, along with the main industry players, assumed that no one will be building coal-fired or gas-fired plants in future. The reliability guarantee ticks the boxes as good policy, but it will inevitably make it more expensive for retailers to sign up to wind and solar generation in future — and that is more or less the only generation likely to be built. The board’s proposal will improve energy security, but to suggest that it will do so while lowering costs to consumers is decidedly hopeful.

Labor is not persuaded. Shadow treasurer Chris Bowen highlighted the lack of detail, lack of numbers and lack of modelling; he said Labor would not be rushed, and would reach its position when the government comes up with a real plan, with real numbers. That’s sensible, given that the government secretly ran the proposal past Tony Abbott and numerous interest groups before releasing it, but did not brief the opposition. Had it done so, its calls for bipartisanship would not ring so hollow.

The obvious response for Labor is to accept the proposed mechanisms, assuming they survive scrutiny in daylight, while maintaining its commitment to a bigger emissions reduction — given that the Turnbull government’s pledge would leave Australia with Saudi Arabia as the biggest polluters per head in the G20 — and a heightened renewable energy target.

But Labor also needs to revisit some of its policy platform.

As the board’s paper reminds us, state-based targets are useless when we have a national emissions target; the national target is what matters, and if one state does more, it simply allows other states to do less. The states can play a lot of useful roles in tackling climate change, but maintaining state-based targets is not one of them. Bill Shorten should secure the support of his state colleagues for dropping their targets once a federal Labor government revises the national target.

But how much should its target be? At last year’s election, Labor proposed a 45 per cent reduction from 2005 levels by 2030. That was heroic then, and quite impossible now. Even the Turnbull government’s target implies a 50 per cent reduction in per capita emissions from 2005 levels. Labor needs to revisit this one — and promise something that a government could realistically deliver, not just something that sounds good.

And, long before then, Shorten should use every favour he can call up to get Daniel Andrews to scrap his government’s moratorium on conventional gas exploration in Victoria. It was a cynical play for Green votes, and could lead to gas-intensive Victorian factories shutting down because supplies of affordable gas have run out. If your goal is to make energy supplies secure and cheap, and with low emissions, it was a shocker. It should go tomorrow. ●

Tim Colebatch, a regular contributor to Inside Story, is a former economics editor and columnist for the Age. 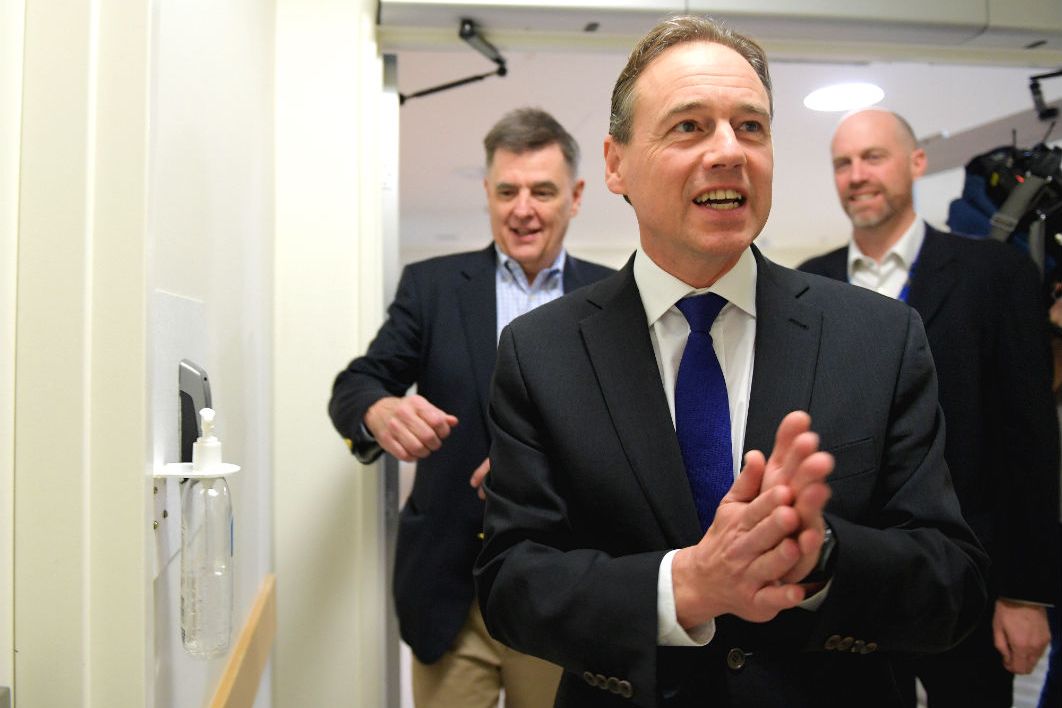