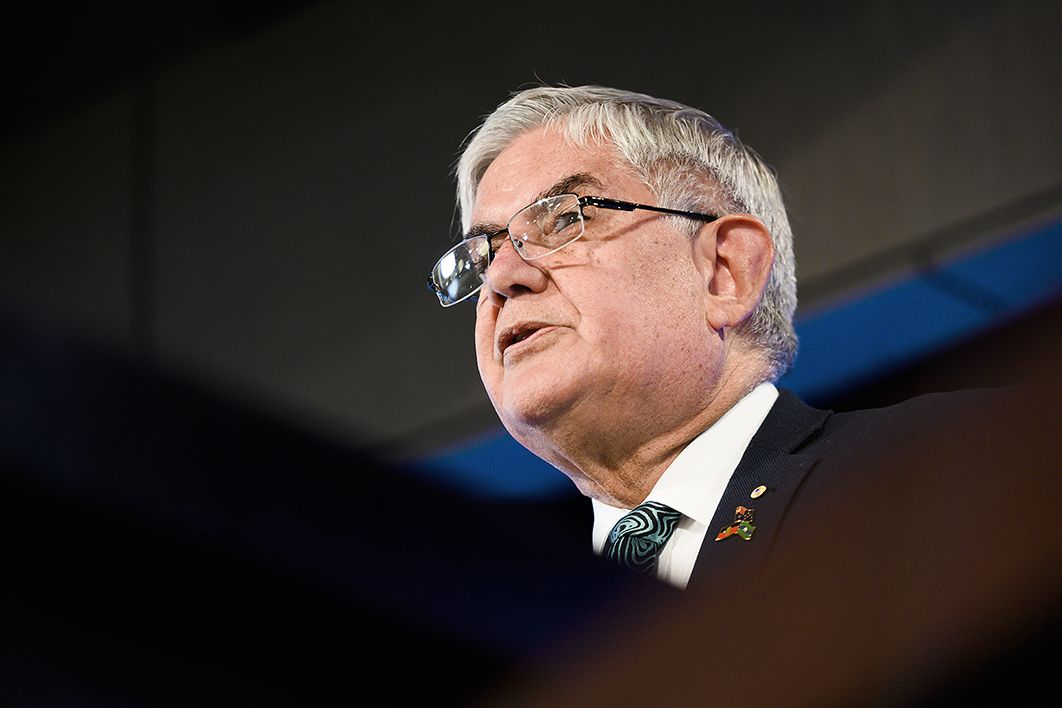 In a National Press Club speech last Wednesday to mark NAIDOC Week, Indigenous Australians minister Ken Wyatt announced his support for a process to co-design a Voice — or Voices — to Parliament. His words were cautious, did not over-promise and emphasised the imperative of bringing everyone along in developing a consensus approach to recognising Indigenous Australians in the Constitution.

As with any political process, a range of views were aired in the days following. Yet for all the positional jockeying played out in the national media, quite a bit of misapprehension exists about the facts surrounding the modest reform proposals arising from the Uluru Statement, and the nature of work yet to be undertaken.

For some, it seems there is not yet enough detail around the composition and the role of the Voice — the proposal has come too early. It is true that the detail has not yet been resolved to put a full proposal to the public. This is why Wyatt outlined a process of co-design, involving his “ministerial and parliamentary colleagues, relevant departments and Indigenous communities, organisations and leaders.”

The Uluru Statement itself did not prescribe how the Voice would look or work, and Wyatt’s speech recognises that work remains to be done. It is especially important that this work keeps the faith of communities nationwide that participated in the regional dialogues that resulted in the Uluru Statement. Already, Noel Pearson’s Cape York Institute is compiling submissions for a model that would “connect the local with the national through the Voice.” Other proposals will inevitably follow extensive consultations.

Because the form and role of the Voice will emerge from a co-design process, it is too early yet to dismiss the concept. In emphasising the importance of Indigenous communities’ engagement in that process, Wyatt highlighted the goal of enhancing “local and regional decision-making through expanding empowered communities and other regional governance models” as a means of realising better outcomes for Indigenous Australians — a goal surely we all share.

Some have suggested that Indigenous Australians are already heard in parliament through Indigenous members. Similarly, Barnaby Joyce has suggested that the solution to boosting Indigenous representation is to give more Senate representation to regional Australia. These kinds of proposals may well stand on their own merits, but they don’t answer the question of how we can enhance government’s capacity to grasp opportunities for Indigenous communities, and to make a real difference. This is the purpose of the Voice. Relevantly also, Indigenous Australians have not identified these as part of the solution required. They have, however, asked for a Voice to Parliament.

Others, such as Queensland LNP senator Amanda Stoker, have indicated their belief that a Voice to Parliament will not fix social issues. The prime minister has also said he wishes to focus on Indigenous health outcomes and education. But these statements ignore the fact that government has been attempting to “fix” these issues for decades, without success.

As Noel Pearson has said, “We spend more money — unprecedented amounts of money — yet the dial is not shifting. That is because we don’t have a genuine partnership between government and communities.” Bringing grassroots recommendations to parliament about what will work will allow us finally to make headway on what Stoker describes as a “diverse bag of really serious but practical problems.”

Although 70 per cent of Australians support constitutional recognition of Indigenous Australians, there are of course dissenting views. Constitutional law scholars — not known for their radical bent — have confirmed that the change proposed to establish the Voice is a conservative one. It would not be a chamber of parliament in any sense. One proposed method to introduce the change would be to insert a new section right at the end of the Constitution — section 129 — well away from Chapter I, which concerns the parliament.

The Voice would have no power to introduce legislation, or to veto it. It would not affect our parliamentary system. Like other agencies and institutions, it would simply provide a considered opinion. Imagine having such a resource available to legislators and policymakers as they implement laws and policy affecting Aboriginal and Torres Strait Islander Australians.

There is also a suggestion that a Voice to Parliament would be an expression of identity politics. Unfortunately, this is also misinformed. We have in each jurisdiction a Department of Indigenous Affairs; in some jurisdictions we have Murri Courts, where Indigenous elders sit alongside magistrates in dispensing justice; we have targets and programs aimed at Indigenous communities; our Constitution itself contains a race power that parliament deploys in making laws about Indigenous Australians. Our laws already treat Australians differently based on race, yet without institutional means of designing those laws to maximise their positive impact on Indigenous communities. This is the goal of the Voice.

Constitutional reform works at two levels. It would establish the institution of the Voice so that a future parliament could not easily get rid of it. Doing so is also symbolic — but not merely symbolic. It recognises the place of Indigenous Australians within the Australian polity. This is not a divisive action. Rather, it is inclusive.

For the range of stances on the Voice and on constitutional reform, it seems that all are in furious agreement. No one wants to mess with our parliamentary system. Everyone wants to see practical solutions for problems experienced within Indigenous communities. No one wants to discriminate against fellow citizens on the basis of race. Everyone wants to maximise the benefits from government spending. If we all agree on these matters, what remains is to contribute constructively to the co-design of an institution that can make this happen. •

Kate Galloway is a legal academic with an interest in social justice. 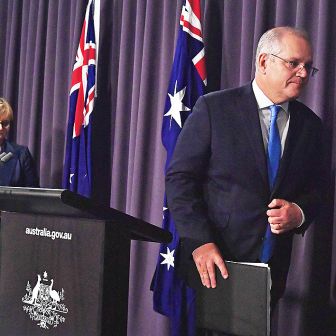 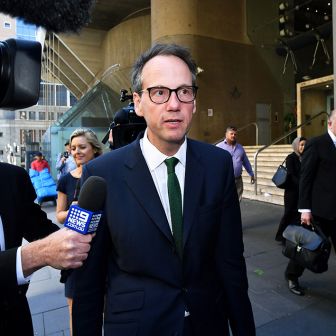 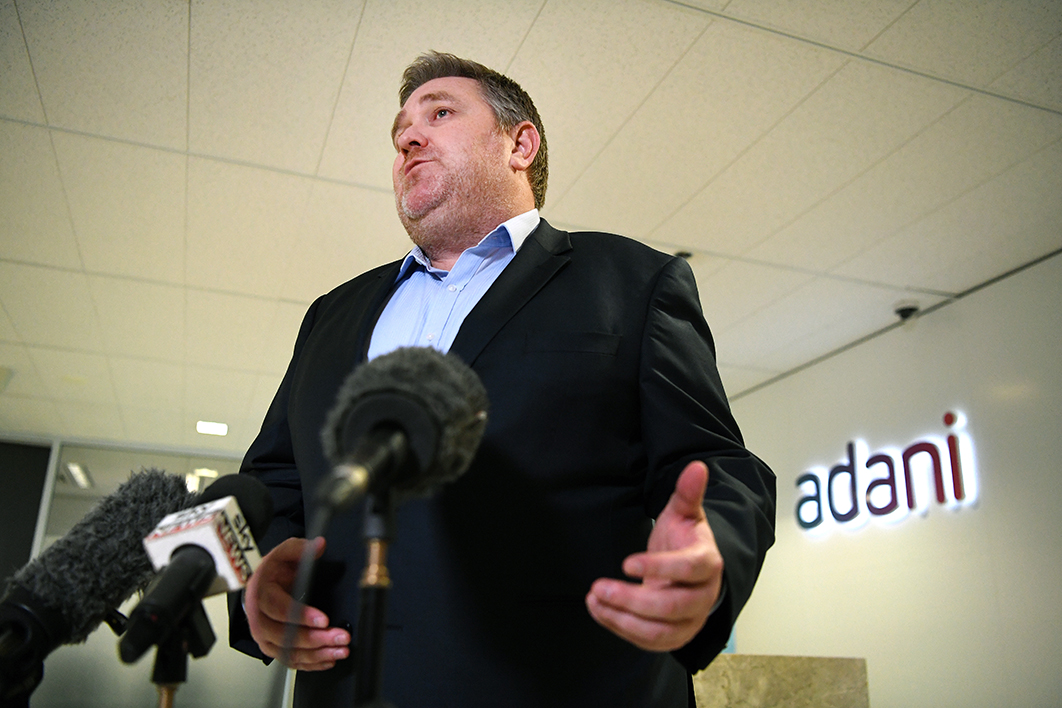