A year of living dangerously

Books| Like the rest of us, cartoonists lived through a gruelling year 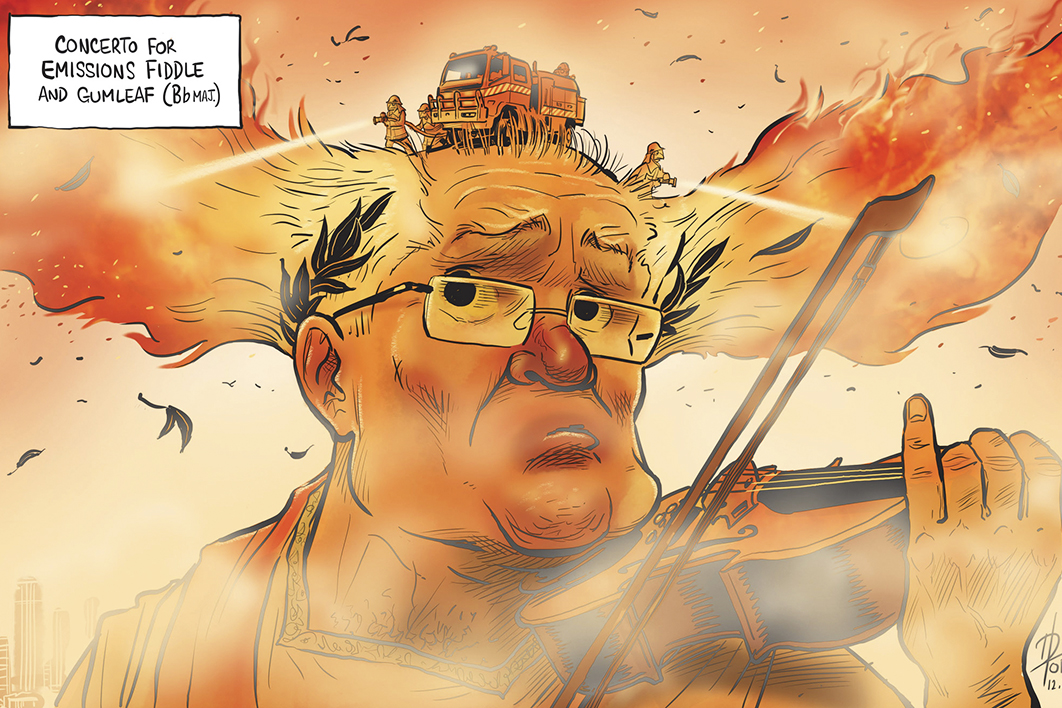 Bad start for the PM: David Pope in the Canberra Times.

If for some perverse reason you are overcome by a desire to remember 2020, do it with Russ Radcliffe’s annual cartoon anthology and get some laughs along the way. Admittedly, they will tend to be grim and bitter laughs — it was 2020, after all. If you want greater release from your concerns, cat videos or re-runs of Get Smart are a better bet.

The anthology’s year begins and ends around October, so the full fire season is there, while the Trumperies peter out with the Orange One trying to put down violence on the streets by inciting, well, violence on the streets by the good guys. The collection doesn’t reach the election, of course, and is testament to the trepidation with which so many people around the world awaited 4 November (and its seemingly inevitable aftermath).

Radcliffe doesn’t pretend to be politically objective in his selection, but his politics is a fair match for the tribe of cartoonists, and he does step beyond his comfort zone in a few selections. This is an entertaining and opinionated overview of a pretty terrible year.

You’ll recall it started badly for our own glorious prime minister. Something about being in Hawaii during an environmental apocalypse back home didn’t work well for Scott Morrison, and by the end of the summer he was looking pretty crook in the cartoons (as evidenced by David Pope’s cartoon at the top of this review).

Then came the virus, and even the cartoonists, not the most indulgent of judges, acknowledged that his stocks began to rise. Inevitably, their cartoons were dominated by the pandemic, and by the politics spontaneously generated by a once-in-a-century health shock that arrived almost exactly on time.

Australia did fairly well, so premiers and prime ministers fare better than usual in this most critical of modes. Morrison was starting to look more and more like the Steven Bradbury of world politics, so a creeping respect for his flexibility in the face of a new and unexpected world order began to tinge a few cartoons, even when they point out something close to his heart like the collapse of austerity economics. 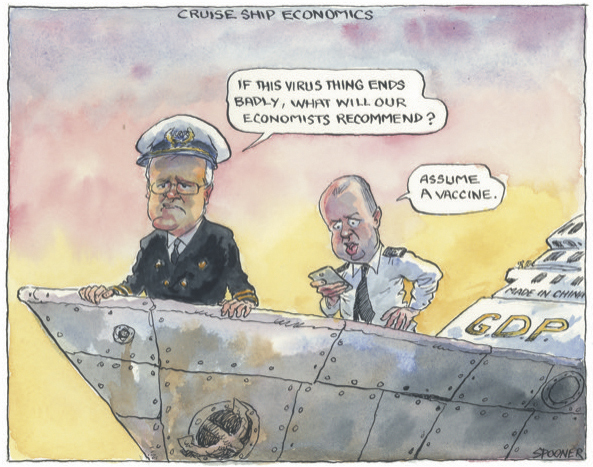 John Spooner in the Australian.

It was a year of terrors but not much of the terror that has so far dominated the twenty-first century. The wider world appears more in these cartoons than usual, partly because of the rise of Xi Jinping and a more openly authoritarian Chinese regime. But the biggest international cartoon story was the approaching US election. The chaos over Black Lives Matter becomes more than a spectator sport when our own treatment of the First Australians is brought into the frame. 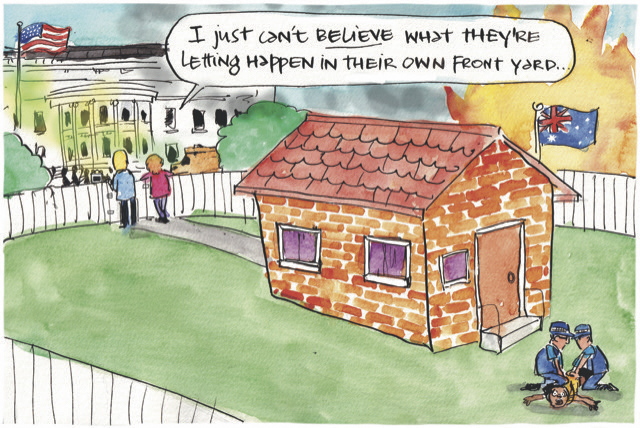 It added up to an angry year among the cartoonists, and the anger works best when borne quizzically, for example in Jon Kudelka’s single-image provocations rather than First Dog’s multiframe lectures. 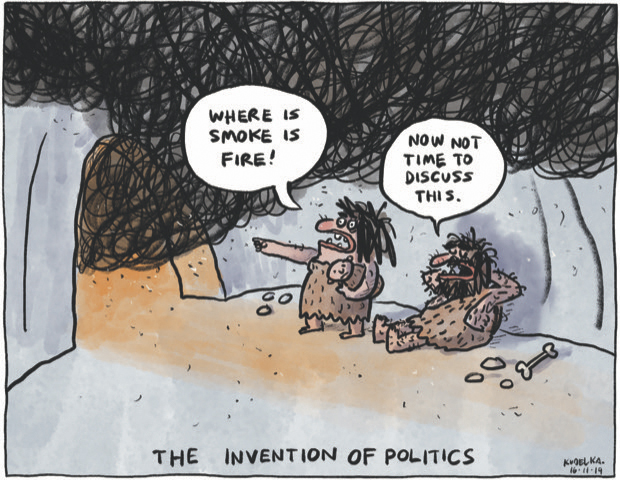 Jon Kudelka in the Saturday Paper.

Radcliffe’s quotes from politicians and commentators, given for context, are always well chosen, but I wouldn’t read all of them unless you too are writing a review. They make it all a bit heavy, while the best cartoons manage to convey the tragedy all the more forcefully for staying a little light. Cathy Wilcox does this best of all in a series of cartoons like this one: 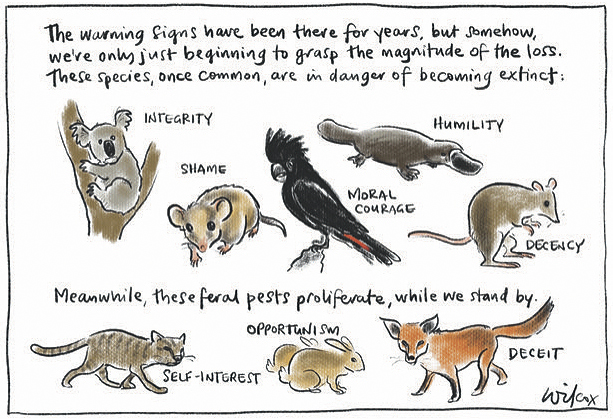 Sure, cartoons can and should shout at us, but when they shout at length we end up rehearsing our own bitterness and disgust, and that can become debilitating, whatever your political outlook.

So, what did most of these cartoonists want for Christmas? A vaccine, a change of government in the United States, less mendacity in politics — and, above all, to avoid another apocalyptic summer like the last one, and to have something cogent done about the environment. For them, as for most of us, one 2020 has been more than enough. •

Robert Phiddian is Professor of English at Flinders University.