Afloat with the euro

By linking strong and weak economies, the eurozone has effectively transferred wealth to the better-performing countries and contributed to popular suspicion of the European Union, reports Daniel Nethery 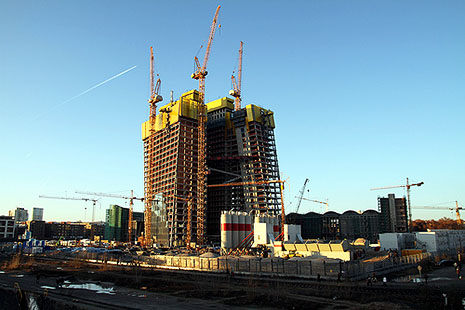 Work in progress: the headquarters of the European Central Bank, which administers the eurozone’s monetary policy, under construction in 2012. Travel Aficionado/Flickr

SINCE the float of the Australian dollar three decades ago, the economic role of exchange rates has become familiar to most of us. I first remember hearing an economist telling a radio audience why a lower dollar was not entirely bad news during the recession of the early 1990s; more recently, commentators have credited the floating exchange rate with helping steer the Australian economy through the Asian financial crisis and then the global financial crisis. Yet there have been two sides to the coin, and the strength of the Australian dollar, buoyed by an economy that avoided the worst of the GFC, has created problems for trade-exposed industries, particularly manufacturing, which are still washing through the economy.

Spare a thought, then, for the weak economies of the eurozone – countries like Greece, Italy and Spain – whose prospects for economic recovery largely depend on their ability to (re)build competitive export industries. As French economists Jacques Mazier and Pascal Petit point out in a recent paper in the Cambridge Journal of Economics, the euro itself appears not to be overvalued. The eurozone has a more or less balanced current account, which implies that the value of the currency lies close to where it should be. But if the value of the euro across member economies as a whole is about right, then strong eurozone economies must be benefiting from a relatively weak currency – weak compared to what it’d be if they’d retained their own currency – while weak economies must be dealing with a relatively strong currency.

To quantify the impact of that imbalance, Mazier and Petit considered a scenario involving an imaginary collapse of the eurozone in 2011. Their model showed that a hypothetical post-euro German currency would be 23 per cent stronger than the euro. In other words, they found that the euro was undervalued by nearly a quarter for German exporters to non-euro countries. Likewise, Austrian and Dutch exporters were benefiting from a euro undervalued by between 10 and 15 per cent. By contrast, French exporters faced a currency overvalued by around 15 per cent, while Greek exporters had to survive under a currency misalignment of 22 per cent.

Imagine that from an Australian perspective. Between April and August 2013, the Australian dollar fell from 82 to 67 euro cents. If we assume that 67 euro cents represented a fair price for the dollar, this meant that the dollar was overvalued by 22 per cent back in April, with an obvious impact on the competitiveness of Australian firms.

The numbers from Europe are easier to grasp if they’re converted into equivalent taxes and subsidies. According to Mazier and Petit, an overvalued euro has had the same effect on the economies of Greece, Spain, Portugal and France as a tax of between 5 and 10 per cent of GDP. According to OECD figures, the Greek government collects taxes worth around 30 per cent of GDP, while France taxes almost 45 per cent of GDP. Add in the effect of the high currency, and the tax levels are high enough to stifle the economy. Germany, on the other hand, benefited from a subsidy to the tune of 8 per cent of its GDP, effectively shaving 8 per cent from its tax levels. Moreover, Germany actually runs a trade deficit with major creditor nations like China and Brazil. Its trade surpluses are in large part supplied by exports to France, Spain and Italy, increasing the value of the “subsidy” within the eurozone.

FIGURES like these provide fuel for conspiracy theorists who portray the eurozone as a sinister attempt by Germany to reassert economic hegemony over Europe. In truth, the architects of the euro foresaw these very problems. In 1988, several years before the Maastricht Treaty paved the way to European monetary union, Karl Otto Pöhl, the governor of the German central bank, warned that “in a monetary union with irreversibly fixed exchange rates, the weak would become weaker and the strong ever stronger. We would thus experience great tensions in the real economy in Europe.” Indeed, behind closed doors, German and Dutch central bankers reacted angrily when Greece announced that it would seek to adopt the euro.

As Harold James makes clear in his recent book, Making the European Monetary Union, the German architects of the euro always insisted on a trajectory called “coronation,” whereby nations would join the common currency once substantial economic convergence had taken place. Although the convergence criteria were framed in terms of macroeconomic indicators like inflation and public debt, getting these indicators under control implied significant microeconomic reform. Had it been pursued, that reform might have allowed other European economies to compete with the likes of Germany.

The Germans had reason to be wary of currency unification. They experienced the costly reunification of East and West Germany in 1990, in which Chancellor Kohl ignored the advice of his central bankers and insisted that West Germany would recognise the East German currency as its equal. But Germany’s insistence on “coronation” was countered by the French, who argued that convergence would best be achieved from within the currency union, while Greece, Spain and the United Kingdom went so far as to oppose the imposition of fines and sanctions on countries that failed to meet the convergence criteria.

Why did Europe conceive a single currency? Since the 1960s, as Harold James describes, proposals for European integration have sought to address imbalances in the global financial system, particularly the role of the American dollar in the Bretton Woods fixed-exchange-rate regime. The euro solved the currency issue – indeed, during the eurozone crisis, the currency remained remarkably stable – but shifted the problem to within the zone. As James put it, “it would be a mistake to believe that… the completion of monetary union could be a simple and satisfying end to Europe’s long struggle over money. It isn’t.” Rather, at the time of its creation, the architects of the euro considered intra-European imbalances as more manageable than the broader challenges in the currency regime.

The difficulty now lies in trying to generate an unprecedented level of cooperation between eurozone nations to enable a common fiscal policy. Without monetary and fiscal policy working together, the future for the eurozone looks bleak. Former Australian treasury secretary Ken Henry put it succinctly when, during an interview with ABC TV’s 7.30 Report in May 2012, he compared the eurozone with Australia. “Personally, I’ve never seen how the euro… could be expected to work without a genuine fiscal union. People in Australia understand that without our system of horizontal fiscal equalisation – without fiscal transfers from one state to another state – this federation would simply not hang together.”

Mazier and Petit make three recommendations for achieving better fiscal union, but their proposals simply indicate the immensity of the task. Two of suggestions involve forms of a European unemployment benefit that, under present circumstances, would only fuel political tensions between eurozone members; as the authors themselves concede, such monies are also unlikely to address the structural causes of high unemployment. Their other proposal, to increase common spending on research and infrastructure, would have greater chances of attracting broad support, but the allocation of these funds would always be politically fraught. That said, steps toward European monetary union have always followed in the wake of crisis. The recovery of the eurozone, which appears to be taking hold, may present a window of opportunity for reforms to improve fiscal coordination.

Europe has achieved monetary union, but true economic union nonetheless remains a distant objective. Nor is economics the only source of divergence within the European Union today. The rise of extreme right-wing political movements in Hungary, which have attracted tacit support from the ruling party, serve as a stark reminder that convergence at one moment in history, while a significant achievement, represents only the beginning of the task of maintaining that convergence in political and economic values over time. •

National Affairs What to do about China? Adam Triggs 5 April 2021 Australia is struggling to live with China, but can’t live without it. What can be done?
Close 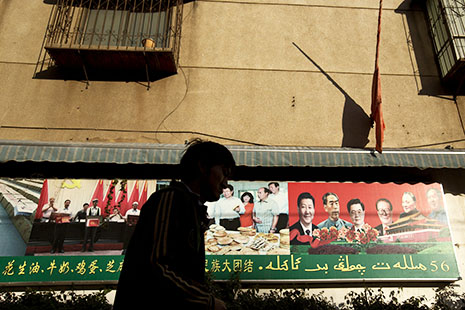