Ignore the squabbling over school signs. What will be the long term legacy of the federal government’s education revolution, asks Ian McShane 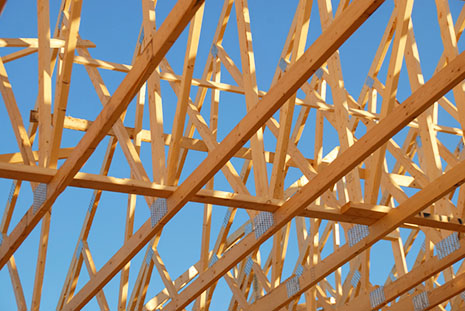 GOVERNMENTS place great emphasis on self-promotion, especially when it comes to announcing high profile public works. But no government has yet discovered which mysterious property in signs fixed to taxpayer-funded constructions seems to render them invisible to the public but a provocative eyesore to political opponents. So it is with the signs on school fences announcing the Commonwealth government’s $16 billion Building the Education Revolution program.

The symbolic content of the program is clearly important to the Rudd government, and it has been prepared to wear sustained criticism from the opposition over what the BER guidelines perhaps unwisely term “branding and recognition.” Under the guidelines, the signs must remain in place until March 2011, after the next federal election. The deputy prime minister and education minister, Julia Gillard, must be invited to the opening ceremonies of all new facilities. To synchronise this tour of duty with her significant parliamentary and other ministerial responsibilities, opening ceremony dates can’t be altered once locked in by her office.

Opposition education spokesman Christopher Pyne has been a persistent critic of the program’s publicity. He claimed a victory when the Australian Electoral Commission ruled that displaying the signs within six metres of school premises when they are being used as polling stations would contravene the Commonwealth Electoral Act. The government also accepted the AEC’s advice that authorisation may be required for the signs. Pyne claimed a victory, too, when the Australian National Audit Office announced in July that it would undertake a performance audit of BER.

Few deny that BER’s rationale is economic rather than educational. The program guidelines are issued under the banner of the National Building Economic Stimulus Plan, and contributing to economic recovery through rapid construction takes priority over provision of “learning environments” in the program objectives. Unless they have shovel-ready building plans, schools are instructed to use pre-set building designs to speed up construction. School principals need to seek Commonwealth approval to underspend BER funds allocated to them.

The program, and the crafting of its political message, has a value to the government that goes beyond demonstrating its capacity as an economic manager. Taking a more active Commonwealth stance in education policy – which is the province of state jurisdictions – was a central plank of Rudd’s 2007 electoral campaign. Achieving consensus and action through the Council of Australian Governments invests the Rudd government with authority in the federal sphere. And the scale and speed of BER also counters opposition criticism that Rudd leads an administration bogged down in inquiries and reviews.

But the focus on the instrumentality of the program raises the question: what happens after the revolution? What is likely to be the long-term legacy of BER? Will funds borrowed on the taxpayer’s credit card – as the opposition portrays the mechanics of stimulatory public finance – provide lasting educational and social benefits?

THE BER PROGRAM has three parts. The first provides primary schools with a new library, multipurpose hall or classrooms, or an upgrade of existing facilities. Funding allocations to individual schools are calculated on enrolments, from $250,000 for schools with up to fifty pupils to $3 million for schools with more than 400 pupils. All public and private primary schools, except those recently built and those slated for closure, are entitled to receive this grant.

The second part of BER is the provision of about 500 secondary school science or language learning centres. The cap on numbers means eligibility criteria are more tightly drawn, based on disadvantage, need and readiness to start construction. The third part, the National School Pride program, makes funds available for all schools to undertake minor capital works and maintenance.

It is the first part – the provision of new facilities to primary schools – that is the focus of opposition criticism and some dissatisfaction at school level. Minister Gillard has responded to criticism of generic building designs and of tendering and cost processes by pointing to the low number of complaints (forty-nine out of some 24,000 approved projects, on her figures). Concerns have been raised, too, that state education authorities – the funding conduits – are taking a slice off the top of project funds rather than passing the full amount on to school principals.

These issues are not new. Australian education departments responded to burgeoning school enrolments after the second world war by experimenting with modular designs and lightweight construction techniques. School facility planning and management is centralised because it requires technical expertise and coordination with other state planning agencies. Ensuring equity in the provision of educational goods is an important principal of public education, requiring central oversight.

Responding to criticism by several principals, the secretary of the Victorian Department of Education, Peter Dawkins, released a circular noting “the positive attitude and responsiveness of the overwhelming majority of our schools and principals.” Behind the scenes, though, department officials are struggling to resolve planning conflicts and fend off community cynicism. Victoria, along with other Australian states, has in recent years reversed the drain of funds from public schools and is in the midst of the largest school rebuilding program in the state’s education history. Combined in some areas with wider urban regeneration projects, the department has sought to consult with local communities, especially regarding the potential out-of-hours use of school facilities. While there are diverse opinions on how effective this consultation has been, officials are concerned that BER’s design runs interference with a wider, place-focused capital works program.

BER guidelines specify that facilities funded under the program will be available for use by community groups after school hours, for no or low cost. This chimes with state government policies aimed at encouraging flexible and extended use of school facilities. Although this laudable concept surfaces regularly in social and education policy, it is often caught in the snags of intergovernmental relations, especially as community infrastructure has traditionally been a local council responsibility. School facilities can stand empty for around a third of the year while many councils struggle to provide and maintain civic and recreation facilities in surrounding neighbourhoods.

Assuming a reasonable fit between school facility design and community need, the coordination and operational costs of extended use can be significant. Mundane issues such as security and cleaning are readily calculated. But how are long-term maintenance costs apportioned? Who liaises with the local council or community health service to promote the scheme and prioritise facility use?

Can more ambitious goals be set for BER that position “the community” as partners rather than clients or service consumers? The development of digital media hubs, providing training and developing local digital resources, and perhaps in the process re-engaging young people who have drifted out of formal schooling, could be one direction to explore. The US non-profit information technology company One Economy provides a useful model here. Such an initiative may help knit together the federal government’s broadband plans and state government thinking on digital schools, and bring libraries and other cultural resources into the picture as well.

The attitude to BER among state-level education officials and school principals I’ve spoken to in recent months can perhaps best be summarised as pragmatic rather than positive. As one education bureaucrat commented, given a choice between tax cuts and school infrastructure spending as means of stimulating the economy, I’d choose the latter. The chance for a wholesale upgrade of school facilities comes along once a generation.

But in the absence of a coherent long-term vision, backed by policy, funding and administrative support, the chance may well be squandered. Local schools may be saddled with additional maintenance costs that eat into salary or equipment budgets. Once the economy stabilises, the crisis rhetoric of BER and other economic stimulus programs may give way to the set-and-forget mentality that contributed to the run-down of public assets, particularly at local level, over the past few decades. Is this a fate we want for the children of this education revolution? •

Ian McShane is a research fellow with the Institute for Social Research at Swinburne University of Technology. 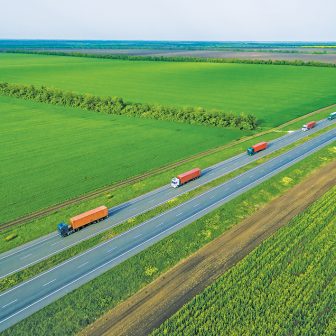 Essays & Reportage When Amazon comes to town Alec MacGillis 1 October 2021 The online retailer expanded massively during the Covid-19 pandemic, but where does that leave the rest of the American economy?
Close

Kevin Rudd and journalist Paul Kelly at the launch of The March of the Patriots last week. AAP Image/Alan Porritt 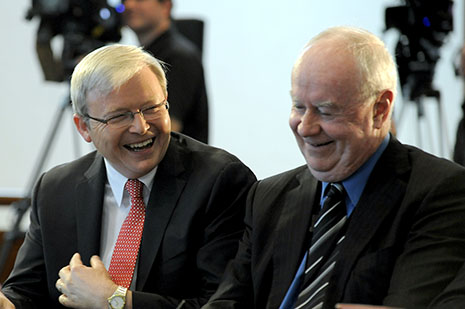 Kevin Rudd and journalist Paul Kelly at the launch of The March of the Patriots last week. AAP Image/Alan Porritt