Books | There are reasons why Claire Weekes didn’t receive professional recognition, but they don’t take away from her achievement 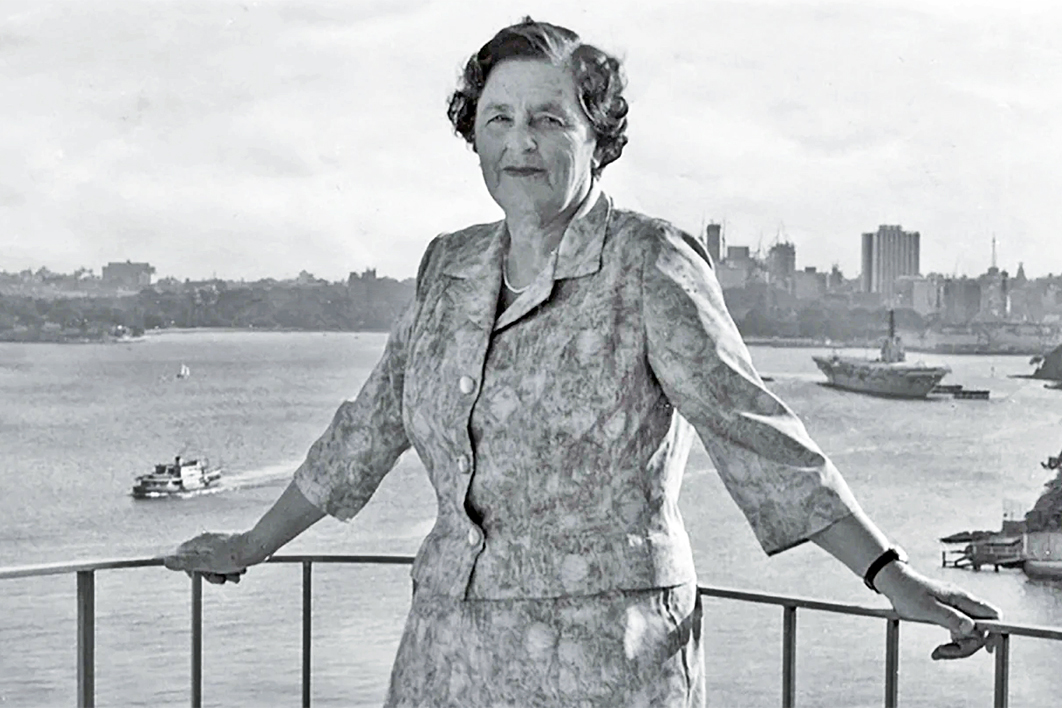 The Woman Who Cracked the Anxiety Code: The Extraordinary Life of Dr Claire Weekes
By Judith Hoare | Scribe | $39.99 | 416 pages

Over the past hundred years almost every generation has been said to be living in an “age of anxiety.” The 1920s received the first of these diagnoses, W.H. Auden and Paul Tillich delivered another in the aftermath of the second world war and, after anxiety was knocked off its precarious perch by depression for a decade or so, it has returned with a vengeance as the most culturally prominent form of misery. It is impossible to escape the drumbeat of climate crisis and anxiety epidemic, just as in earlier times fears of nuclear annihilation and existential angst rattled our minds.

Anxiety may have been a constant over the years, but the medical and mental health professions have treated it in radically changing ways. Fin de siècle physicians prescribed rest cures, psychoanalysts favoured lengthy exploration of the childhood roots of neurosis, and the mid-twentieth-century pioneers of psychopharmacology experimented with tranquillisers and sedatives. Later still, an assortment of short-term psychotherapies emerged, some employing the behaviourist language of conditioning, others aiming to reason people out of their dreads and inhibitions using cognitive therapy’s techniques of persuasion.

For the most part, the Antipodes were distant observers of these therapeutic developments. Australia’s nascent psychiatry profession was small, lacking in prestige within medicine, and liable to follow clinical trends dictated from the major centres in Europe and North America. Judith Hoare’s new biography documents an important and under-appreciated exception to this rule. In Dr Claire Weekes we had our own original voice in the treatment of anxiety, one that travelled from the colonial periphery to the centre and had a long and amplified impact around the world.

Contrary to the book’s title, Weekes’s life was in some respects quite ordinary. Hoare offers an intimate portrait of a rather staid and outwardly unremarkable subject who is enmeshed in the usual day-to-day challenges of domesticity and family life. What was extraordinary about Weekes was her circuitous path to expertise in the study of anxiety and the magnitude of her global influence on that field.

Weekes displayed notable intellectual gifts as a child and completed a degree in zoology in Sydney. After overcoming her own severe anxiety disorder, which was initially misdiagnosed as tuberculosis, she proceeded to obtain a Doctor of Science degree, supported by unusually enlightened male mentors. Her work on lizard embryology had an immediate impact, winning her a scholarship to continue her research in England and portending a bright academic future.

Weekes had a change of heart early in her postdoctoral career, however, first hoping to retrain in neurology, then embarking on a lengthy European tour as a singer, accompanied by a female pianist who was to become her long-term companion. She subsequently set up a travel advice bureau, only to see it collapse when war made grand tours of European cultural centres impossible. Finally, Weekes settled into medical training, graduating at the age of forty-two in 1945. Her work as a general practitioner led her to treat vast numbers of people with anxiety conditions and develop the approach to their treatment that would make her internationally famous.

The core of Weekes’s treatment approach was laid out in five self-help books. The first of these, Self Help for Your Nerves, published in 1962, was easily the most influential, and the later books largely ploughed the same furrow. The book, a classic of the bibliotherapy genre, has sold several hundred thousand copies and presents the sufferer with a framework for making sense of their condition — notionally any form of anxiety but especially targeting what is now called panic disorder — and a practical guide to curing it.

The framework is an accessibly written medical explanation based on the bodily basis of fear and on stress-sensitised nerves in particular. The guide provides a set of injunctions, summarised as “face, accept, float, let time pass.” The distinctive gist of Weekes’s approach is that anxiety should be confronted but not fought. The person experiencing intense, debilitating fear should not avoid it but should aim to pass through it in a spirit of present-focused acceptance, confident that it is temporary and that recovery is not only possible but assured.

Hoare has a fierce commitment to giving Weekes her due as a neglected figure in Australian and international medical history. There is no doubt that Weekes has not received the recognition she might have won, a 1979 MBE notwithstanding. Even so, Hoare’s case for the magnitude of the professional neglect she experienced and of the professional contribution she made is occasionally overstated.

Weekes may never have been embraced by the psychiatric or broader medical profession, aside from a few devoted champions, but that cool reception had many sources. Professionals invariably look askance at peers who popularise ideas and simplify them for a general audience in the process, a factor that Hoare emphasises in explaining why Weekes’s work was disregarded, while plainly viewing it as illegitimate. But Weekes did her ideas no favours by failing to present them to specialist audiences in scientific or professional publications, making little reference to competing explanations or treatments in her writing, and providing no meaningful evidence for the efficacy of her treatment approach, one scientifically worthless survey of self-selected patients failing that task by a wide margin.

Coupled with never having formally trained as a psychiatrist and rejecting its diagnostic concepts in favour of the rather quaint and over-general “nerves,” this refusal to engage with the psychiatric profession using its preferred methods for establishing truth and value ensured that many within the profession would see Weekes as merely a dispenser of self-help nostrums, however unfair that perception might seem in retrospect. Weekes’s equal reluctance to engage with the psychology and cognitive therapy communities, with whom she could have made common cause against the Freudians and pill-pushing pharmacologists, had the same result.

Hoare is certainly right to see Weekes as deserving greater repute as a mental health pioneer, but at times her biography overlooks how much the neglect between the mental health professions and Weekes was reciprocal. Weekes was a strong and self-reliant thinker, but her conventional success was likely undermined as much by her insistence on autonomy and her refusal to engage with the contemporary science of anxiety — unfortunate in view of her aptitude as a scientist — as by any prejudice among her medical colleagues against popularisers.

It is also possible to quibble with the book’s claims about the magnitude of Weekes’s contributions to the understanding and treatment of anxiety. Hoare is a passionate advocate for Weekes as a theorist of anxiety and as a therapeutic visionary, but the suggestion that she “cracked the code” of anxiety is hard to credit. Parallels can be drawn between elements of her thinking and later developments in the theory of anxiety, such as the ideas that panic (but not all anxiety) is grounded in fear of fear, that agoraphobia is not in fact fear of the agora but of the panic that tends to strike there, and that distinct neural systems are involved in clinical anxiety. Weekes’s ideas of accepting and floating through anxiety also anticipate in some respects the embrace of acceptance and mindfulness by so called “third-wave” cognitive-behavioural therapies in the early 2000s.

But the suggestion that Weekes was the first thinker to have these ideas, the most farsighted, or the one who grasped anxiety’s essence before others is exaggerated. Similar thoughts and therapeutic approaches and challenges to the Freudian orthodoxy on the nature and treatment of anxiety were being developed around the same time or before by several psychiatrists and psychologists. Many of them presented their ideas in professional forums and with greater scientific support, although they tended to use different vocabulary and lacked Weekes’s enviable capacity for public outreach.

Weekes and her proponents never seemed to grasp that the manifest impact of her books on thousands of readers, communicated in grateful letters by the bagful, did not provide the sort of validation her ideas required for mainstream acclaim. The nomination of Weekes for a Nobel Prize in Physiology or Medicine by her advocates in 1989, despite her having published no scientific work on her theories or on the efficacy of her treatments, has more than a note of pathos to it.

Ultimately, though, Nobel Prizes and scientific firsts are not the point. Weekes deserves our recognition not for making grand discoveries about the nature of anxiety. She deserves it for recognising the vast but often hidden suffering caused by “nerves,” for developing an accessible method for reducing it on a grand scale at a time when most treatment was one-to-one and ineffective, and for having the energy and determination to promote that method around the world.

It is impossible to quantify the human suffering that Weekes’s work has alleviated, but major awards and honours are routinely given for scientific discoveries that have surely had far less benefit. Contributions of this kind — high in influence but low in prestige, because “popular” — are often overlooked. In this fine book, Hoare has rescued the legacy of a great Australian from that fate. •

Is Goodstart just the beginning?

Can a successful social investment model be used in aged care and elsewhere? 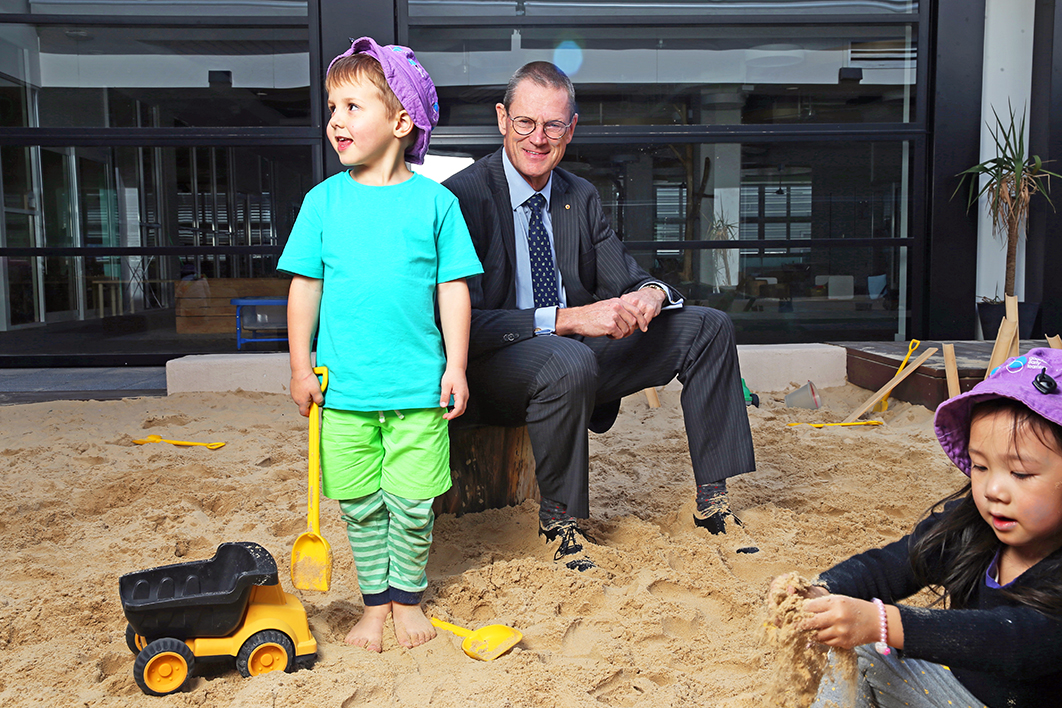