The prime minister is losing sight of why governments reform, writes Brian Toohey 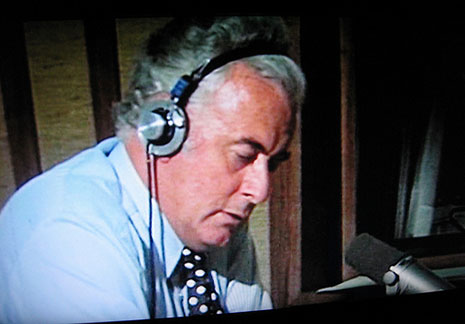 JOHN HOWARD would never have dreamt of telling people to set their alarms clocks so they can get to work earlier. At least, not after he won headlines as the Coalition PM who described the issue of how to get the work/life balance right as a “barbecue stopper.” Julia Gillard has no such qualms. She has repeatedly stressed that she puts tremendous importance on the value of hard work, but she went a step further in the Whitlam Institute’s inaugural Gough Whitlam Oration on 31 March when she appeared to suggest that people should set their alarms to help them work longer hours. Just as contentiously, she also claimed that Labor had moved away from supporting big government and big welfare spending – characteristics usually attributed to the Whitlam government.

In fact, the current government is spending proportionally more than Whitlam’s, with the crucial exception of education. In a key passage in the speech, Gillard said:

Creating opportunity and enabling social mobility has required different policies in every age. We have moved beyond the days of big government and big welfare, to opportunity through education and inclusion through participation… And we have always acknowledged that access to opportunity comes with obligations to seize that opportunity. To work hard, to set your alarm clocks early, to ensure your children are in school. We are the party of work not welfare.

There is nothing uniquely Labor about supporting greater access to opportunity – as economist John Quiggin noted on The Drum on Tuesday, the Liberals do the same. The difference, he observed, is that the Liberals, unlike Gillard, are not so squeamish about using the word “equality.” The Liberal Party’s federal platform states that it believes in “equality of opportunity, with all Australians having the opportunity to reach their full potential in a tolerant national community” and then, Quiggin pointed out, they go well beyond Gillard by asserting their belief in a “just and humane society, where those who cannot provide for themselves can live in dignity.”

So what has setting an alarm clock early got to do with Labor’s “historic mission”? Perhaps the prime minister had something else in mind, but her constant references to the value of hard work don’t suggest she wants Australians to have more time to play with their children or go for an early morning surf. She never mentions Howard’s barbecue stopper – how people such as those Labor calls members of “working families” can find a satisfying balance between other important aspects of their life and the time they spend working (and getting there and back when traffic congestion gets worse).

In emphasising hard work, Gillard never gives any hint that she values the labour movement’s contribution to reducing working hours, starting with the eight-hour-day campaign in the 1850s. The campaign borrowed the slogan of the reformist British factory owner Robert Owen: “Eight hours labour, eight hours rest, eight hours recreation.” The next step, a thirty-eight-hour week, didn’t become the industrial standard until the 1980s. Even so, in July 2010 men in full-time jobs still worked an average of forty-one hours a week and women almost thirty-six hours. Around 1.5 million people now work fifty or more hours a week.

Nor does Gillard show any understanding that working harder does not add to labour productivity. It’s increased productivity, not longer hours, that creates the opportunity for Australians to enjoy more leisure time without diminishing their material standard of living. As two economists from the Melbourne-based Grattan Institute, Saul Eslake and Marcus Walsh, put it in a paper published in February, “Labour productivity growth is attained by working smarter, not by working harder or longer.” Higher education can contribute strongly to the goal of working smarter, yet expenditure on this sector has fallen under Gillard as a share of GDP to well below the average for the economically advanced countries.

PART of Gillard’s motivation for hammering away at the importance of hard work may be to counteract any Coalition attempt to suggest Labor supports “bludgers.” Similar considerations apply to her claim that Labor has “moved beyond the days of big government and big welfare.” But she has no valid grounds for perpetrating the myth that Labor governments in an earlier era were big spenders. (Increased outlays during the second world war were an exception that attracted widespread support.) The common perception, even among the ranks of Labor luminaries, is that the Whitlam government was the main offender. Never mind the fact that average government spending as a share of GDP has been higher under the subsequent Fraser, Hawke, Keating, Howard, Rudd and Gillard governments, all of which have expanded welfare entitlements, particularly for the upper and middle classes.

Nevertheless, government spending in Australia is not high compared to many other wealthy countries. But there is ample scope for big cuts to poorly targeted welfare spending in order to fund increases in other areas, such as education and infrastructure that enhance productivity.

Between his election on 2 December 1972 and his sacking on 11 November 1975, Whitlam undoubtedly increased the level of government spending. This was partly to fulfil election promises he had clearly spelled out to voters and partly as a response to the international recession that followed the Organization of the Petroleum Exporting Countries’ quadrupling of oil prices during 1973 and 1974. Had Labor retained power, Whitlam’s last treasurer, Bill Hayden, would have followed through on his commitment to restrain future increases. Moreover, many of Whitlam’s enduring reforms entailed little or no cost, as can been seen from the long list Jonathan Green provided on the Drum last Friday.

In an address to the Whitlam Institute in November 2009, Treasury secretary Ken Henry said, “The expansion in government expenditure during the Whitlam government has never been reversed. And I think I can safely say that it never will be.” Henry pointed out that strong growth in outlays has continued in the post-Whitlam era in health, social security and welfare expenditure, but education has fallen as a share of overall government spending and GDP. There’s a common assumption that Treasury officials automatically regard any increase in government spending as bad; Henry was not in this camp. (Nor is his replacement, Martin Parkinson.) From Henry’s perspective, fiscal sustainability is important but another key issue is whether spending adds to wellbeing. In his speech to the institute, he candidly acknowledged that economics can’t easily answer this question:

The impact of the size of government on wellbeing is less clear. Based on the numerous efforts to estimate, for developed countries, an empirical relationship between size of government and aggregate measures of things relevant to wellbeing, including rates of economic growth, it would be sensible to conclude that the optimal size of government is not a question that can be answered by a technical economic analysis.

Although Whitlam is often condemned as a bad economic manager, Paul Keating did far more damage while treasurer in Bob Hawke’s government. A number of important long-term structural economic reforms occurred during this period, mostly instigated by Hawke. Some of the changes built on Whitlam’s 25 per cent across-the-board tariff cut. On the separate issue of economic management, however, Keating’s performance was the worst since the Great Depression of the 1930s. Admittedly, Whitlam didn’t do a great job handling the largely unprecedented problem of simultaneous increases in unemployment and inflation (dubbed stagflation) that followed the 1973 oil price shock. Nor did most countries. And job losses did not reach horrendous levels.

Unemployment attributable to the Whitlam years reached 4.7 per cent in 1976. In sharp contrast, by the time Keating was PM in 1993, unemployment had reached a peak of 10.7 per cent, and then took a painfully slow time to unwind. This appalling result was due to a homegrown recession triggered by Keating while treasurer. Keating, who claimed to have the Reserve Bank in his back pocket, allowed a mad boom – fuelled by wild borrowing – to get completely out of control. He was much too slow to hit the brakes. After he did move, he let interest rates stay too high for too long. At one stage, official rates hit a savage 17 per cent. To its credit, the Rudd government handled the impact of the global financial crisis with far more skill, even though, in hindsight, it provided more stimulus than needed.

Gillard does nothing to enhance her own place in Labor history by reinforcing the false impression that Whitlam ran a particularly big government with a big welfare sector. Her welfare spending is much larger, even though it has nothing to do with the charge that Labor always pampers the unemployed. Other welfare benefits dwarf the $6.2 billion budgeted cost for the Newstart allowance for the unemployed in 2010–11. Disability support pensions are budgeted to cost $13 billion, family payments $18.5 billion, tax concessions for superannuation $28 billion and age pensions $32 billion.

Limiting family payments to low-income earners would generate savings. But there is little room for cuts to unemployment benefits. The single rate Newstart allowance of $235 a week is $123 below the age pension and the disability support pension. The OECD considers a person with an income below 50 per cent of the net median income to be in poverty; Newstart is only about 30 per cent of the median. Any serious attempt to help the long-term employed, or the disabled, to achieve the dignity that comes with a job requires more spending on training for those whose work skills have deteriorated, or never existed in the first place. In some cases, employers may need subsidies.

The subsidies for retirement incomes present the big opportunities for cuts. The super concessions alone are projected to cost $38 billion in 2013–14 – the same as for the age pension. The combined cost of the budget subsidies for the twin retirement income streams of $76 billion in 2013–14 will grow strongly as Labor phases in its ill-conceived lift in compulsory contributions to super from 9 per cent of salaries to 12 per cent.

When Keating introduced compulsory super contributions in 1992, he turned the normal philosophical basis for means testing on its head. Unlike the age pension, the maximum benefit from the tax concessions goes to high-income earners. There are no tax advantages for around 4.5 million Australians with a taxable income below $37,000. Peter Costello made the situation worse by removing all tax from super payouts after age sixty. Although Gillard loves to proclaim how much she values work over welfare, she refuses to touch this perverse policy.

If Julia Gillard wants to prove her commitment to hard work, she should abolish the rort that allows physically and mentally alert people to retire on a tax-advantaged superannuation pension at fifty-five – converting to zero tax at sixty. The Henry tax review supported making the eligibility age for a superannuation pension the same as the age pension threshold of sixty-five, which is due to rise to sixty-seven in 2023. People could choose to retire earlier, so long as they did not add to the welfare bill by demanding a budget subsidy that didn’t exist under Whitlam. •