Alive to every pulse beat

More than anyone, Warren Denning was responsible for initiating the ABC’s coverage of Canberra politics 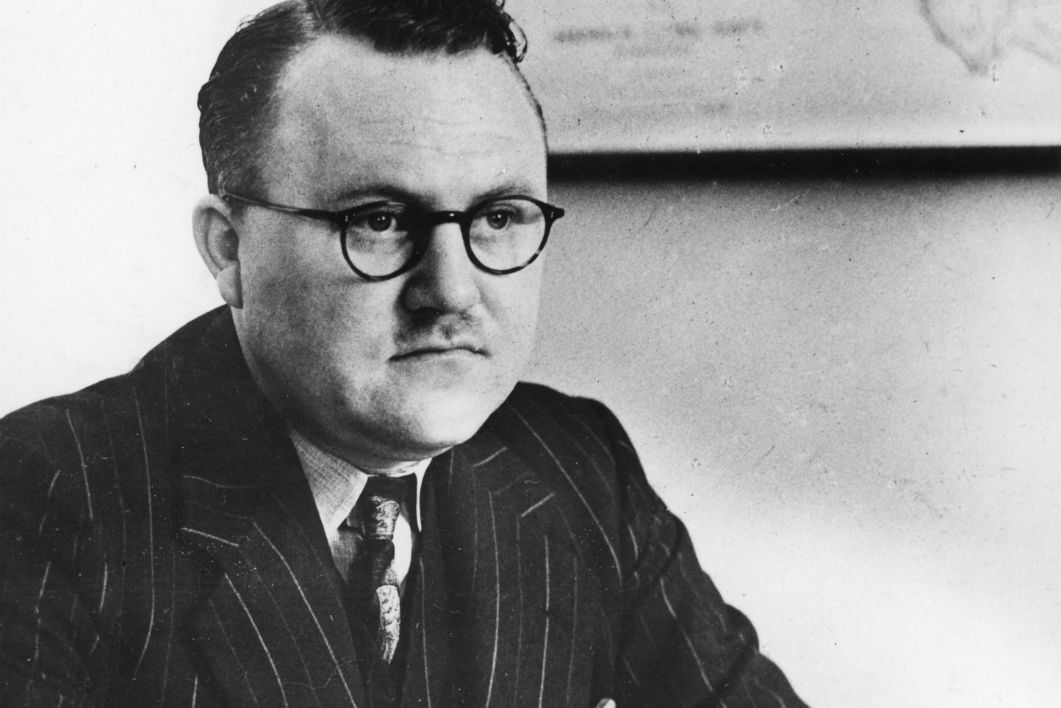 On a quiet evening in late 1930, an hour or so before debate in the House of Representatives was due to finish, a whisper reached the Press Gallery that senior minister Joseph Lyons was already on his way to Canberra railway station. Some journalists dismissed the early departure as a trivial matter and went home to bed. Others thought it odd that Lyons would leave town while parliament was sitting and started to investigate, one scribe even dashing to the station and leaping aboard the train as it pulled out of the platform.

Those who sensed something was awry broke the dramatic story of Lyons’s intention to resign from James Scullin’s Labor ministry — an event that led to the formation of a new conservative party under Lyons’s leadership and Labor’s defeat at the following election.

Warren Denning saw the incident as a basic lesson in political journalism. He cited it in his book, Inside Canberra, to illustrate that a successful political reporter “has to be alive to every pulse-beat in the parliamentary body, able to detect the slightest trace of abnormality, able to sense that things are going wrong, that something is out of tune, that somebody is ‘up to something.’” Denning held that there are no rules for being a good political journalist. “You are or you are not,” he wrote. The difference was a matter of attitude and instinct. “The good political journalist’s attitude to politics is much like that of a trained musician to his instrument — he relies on feel and touch, on an innate, subconscious directive.”

Denning, one of the foremost political reporters of his day, was generous in passing on what he had learned. He would hold court in the Press Gallery common room to fascinated younger colleagues. Alan Reid, taken under Denning’s wing as a wet-behind-the-ears reporter newly arrived in Canberra, described him as “a guru” and “a great teacher.” A later generation of political journalists — I was one of them — benefited from Denning’s guidance via Inside Canberra. Denning was no stick-in-the-mud; he rode a bike from Sydney to Canberra and wrote an immensely entertaining book about the towns, characters, bits of history and folk-lore he encountered along the way. But he warned against flippant media treatment of parliament “because this parliamentary system is important enough to be taken seriously.”

Denning was the first member of the federal Press Gallery to publish his journalism in book form, and Caucus Crisis, his 1937 account of the Scullin government’s unravelling during the Great Depression, became a lasting classic. To quote Labor historian and speechwriter Graham Freudenberg, “Denning’s essentially tragic vision of Labor, its idealism fatally flawed by opportunism, has influenced the literature of Australian politics ever since.”

Born in Perth in October, 1906, but raised in Sydney from the age of seven, Denning dreamed of a university education. Financially, however, that was out of the question. His father enrolled him in a small business college to learn shorthand and typing, and at sixteen he applied for a cadetship on a suburban paper, the Cumberland Times. During the job interview the editor asked him to write a short news report on a subject of his choice. He produced a few paragraphs on a strike at an engineering works near his home, the story was published and a fifty-year career in journalism began. A move to the Labor Daily a few years later and an assignment covering the 1927 opening of Parliament House and the formal dedication of Canberra as the seat of government introduced him to federal politics.

Denning spent most of the next twelve years in Canberra reporting for the Labor Daily in Sydney, the Argus in Melbourne and, later, Australian United Press about an extraordinarily turbulent period in Australian politics. In that time he developed close relations with the main political players on both sides. In his words, he also “grasped a little straw” in the way of a better education, taking advantage of courses at Canberra University College, which was an outpost of Melbourne University. Then, in 1939, came his appointment as the ABC’s first Canberra correspondent. The significance of this can be judged by the way newspaper proprietors tried to head it off.

Denning described his task as “establishing a new concept of on-the-spot political radio journalism.” Radio, he said, “annihilated time and distance.” It was “a powerful force… in giving the public important news so quickly that no newspaper could compete with it.” But the immediate complaint of the press barons was that the appointment undermined an arrangement, in existence since the ABC’s establishment in 1932, under which the broadcaster relied for domestic news on access to copy from newspapers and their cable agency, Australian Associated Press. To limit the impact on newspaper sales there were tight restrictions on how much of this material could be used (only a few hundred words a day) and when it could be put to air. The decision that the ABC should cover federal politics with its own staff was a crucial step towards the public broadcaster going head-to-head with newspapers across the board.

The move was driven by government, not ABC management. Postmaster-general Archie Cameron recommended it to cabinet after the ABC’s broadcasting of inaccurate newspaper reports on a defence issue angered Prime Minister Lyons. It was Cameron, described by Denning as “a very dear friend,” who selected him for the job. If Denning’s protégé Alan Reid is to be believed, though, there was a little more to the story. According to Reid, Denning was “a born intriguer” who liked to shape events as well as report on them. Introducing the 1982 edition of Caucus Crisis, Reid wrote that Cameron consulted Denning about Lyons’s concerns, and it was Denning himself who first suggested appointment of an ABC Canberra correspondent to eliminate newspaper influence over its political coverage.

Newspaper companies saw a last-ditch chance to stop it when Lyons died before Denning took up the post. They sent a deputation to new prime minister Robert Menzies, but were rebuffed. Then the Press Gallery insisted that there should be separate prime ministerial news conferences for print and radio, thinking this would impede Denning, the lone radio representative. In fact, having a private session with Menzies after newspaper journalists finished their news conference each day worked to his advantage. As he later wrote, he received the same information the prime minister had supplied to the newspapers “plus whatever fruit came from my own questions.” Newspapers found themselves being scooped, and the ridiculous system was abandoned after just six weeks.

Despite the success of the Canberra operation, however, it took another eight years for the public broadcaster to get into the news business properly. Frank Dixon, the ABC’s federal news editor, had been pushing hard for the establishment of an independent national news service but getting little backing. “The ABC did not want a news service,” Denning told an interviewer after his retirement. Those who ran the organisation in those early days, he said, did not understand the importance of news. With the outbreak of war making news even more important, the new Canberra correspondent threw his support behind Dixon’s campaign.

There was a major development in December 1941 when, using Denning’s Canberra bureau staff and apparently on his initiative, the ABC began broadcasting a daily bulletin of domestic news read from the national capital. Ultimately, though, the intervention of politicians was required. Denning — using all his political nous, contacts and influence —was a key figure in bringing that about. He and Dixon tirelessly lobbied Ministers and backbenchers until, in 1946, Ben Chifley’s Labor government amended the Australian Broadcasting Act to make it mandatory for the ABC to gather all its own news. The new independent national news went to air the following year.

Denning retired in 1971 after holding a string of senior executive positions in the news service he did so much to create. Fittingly, his final ABC role was as national cadet counsellor, enabling him to use full-time the mentoring and teaching skills that had so impressed young Alan Reid and his contemporaries all those years before. ●

Warren Denning was this week inducted into the Melbourne Press Club’s Australian Media Hall of Fame. This is the text of Laurie Oakes’s profile accompanying the citation.

Laurie Oakes was a political journalist in the Federal Parliamentary Press Gallery from January 1969 to his retirement in August 2017.