Closest to the people it may be, but local government is unlikely to make it into the constitution anytime soon, writes Andrew Lynch 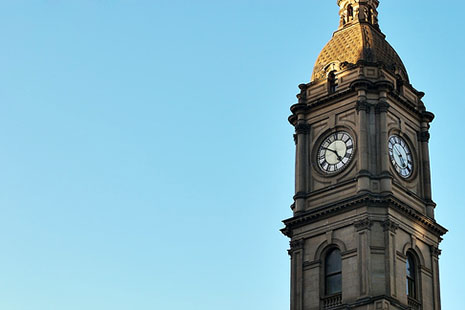 A fight worth having? Melbourne’s town hall. Steve Koukoulas/Flickr

AS Australians enjoy the traditional diversions of January – the beach, cricket, festivals – it’s understandable that their thoughts tend not to dwell on the topic of local government. And to the extent that local councils do cross their minds, it is a safe bet they are not thinking about constitutional reform at the same time. That’s just one of the serious obstacles facing the proposal to hold a referendum to amend the Australian constitution by providing “recognition” to local government.

Just before Christmas, the Expert Panel on Constitutional Recognition of Local Government, headed by the retired NSW chief justice James Spigelman, delivered its final report to the federal government. The panel’s job was to gauge the level of community support for changing the constitution, which currently makes no reference at all to local councils as a level of government in this country. It was also asked to set out options for the form any change might take.

Although a majority of panel members concluded that there was a “viable option” for altering the constitution by referendum before the next federal election, it must be said that the panel’s overall prognosis for successful constitutional change was pretty bleak. Its survey of community opinion found “only limited public support” for recognition of local government. Both the idea itself and the importance of pursuing it via referendum struggled to reach a nationwide approval of more than 30 per cent. Although the breakdown differs across state lines, only in Queensland was there greater than 50 per cent support.

When we examine the forms that constitutional change might take, the difficulties become manifest. Symbolic recognition of local government – presumably through inclusion in a new preamble – was seen as dependent on wider constitutional reform and of little value as a stand-alone option.

The panel reported strong resistance across the political spectrum at the state level, and from the Coalition federally, to any reform geared towards ensuring the democratic legitimacy of local government. Although local government elections are currently provided for by laws in each state, the panel reported that opponents of change believe that state governments should retain the “ability to manage and reform local councils.” The need to appoint administrators to run the Wollongong City Council in recent times serves as a strong example.

The most significant proposal was a constitutional amendment that would secure the financial position of local government in Australia’s federal system – and it was this that a majority of the panel were prepared to advise the government was “viable.” As a result of the 2010 High Court decision in Pape v Commissioner of Taxation, a major question mark hovers over the validity of the current system of direct federal grants to local councils. There is much to be said for using any referendum on local government to clarify the legal position of these payments. In the panel’s view, it’s likely that the community would respond favourably to a proposal that appeared to address a perceived problem of this kind.

But even this option is hopelessly contentious. Although it is the main plank of the Australian Local Government Association’s push for change, and appears to be in the interests of both parties nationally, it is hard to see the states wearing it. Their fear is that the federal government, armed with express constitutional authority to deal directly with local councils on any subject it wishes, will happily bypass the states and further unbalance our lopsided federal system.

Under the constitution, change requires not just a majority of voters but also a majority of states to vote “Yes,” and experience shows that state support for the referendum proposal is vital. Recognising this, a majority of the panel members who endorsed this option did so subject to the condition that the federal government put in the necessary spadework to get the states to support – or, at least, not oppose – financial recognition of local government. That is likely to prove a tall order if the states hold to the views they expressed in submissions to the panel, which can hardly be described as effusive on the topic of financial recognition.

This must be part of the reason why not all members of the panel could agree that pursuing any form of constitutional recognition of local government was “viable.” But it appears that the primary stumbling block for those members was the depth of public indifference generally.

The panel’s consultations were conducted alongside those of the Expert Panel on Constitutional Recognition of Indigenous Australians, which will release its report in the middle of this month. Based on the public comments of several of its members, it is anticipated that the panel will provide the government with a very strong case for a referendum to improve the constitutional position of First Australians. It would be most surprising if it shared the wary pessimism of the report on local government.

To an extent, this simply reflects our constitutional history. In 1967, an overwhelming 90 per cent majority of the Australian electorate supported a change they believed was to the advantage of Aboriginal Australia. But two attempts to amend the constitution by including local government – in 1974 and 1988 – have failed dismally. As the panel’s report shows, Australians’ lack of interest in constitutional reform around local government is not confined to the hazy days of summer. It is something on which they continue to place a low value generally.

There is no political gain, and indeed much to lose, in conducting expensive referendums on issues that lack strong public support. While the Gillard government displayed gritty determination on several unpopular issues during 2011, it would be very surprising if it felt that promoting local government was a fight worth having in 2012. •

Andrew Lynch is Director of the Gilbert+Tobin Centre of Public Law at the University of New South Wales. 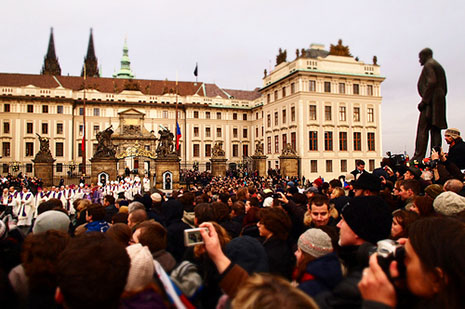