“Mrs Bao” is still waiting for the Australian government to respond to requests from the Commonwealth ombudsman and the United Nations Human Rights Committee. Geoffrey Barker reports 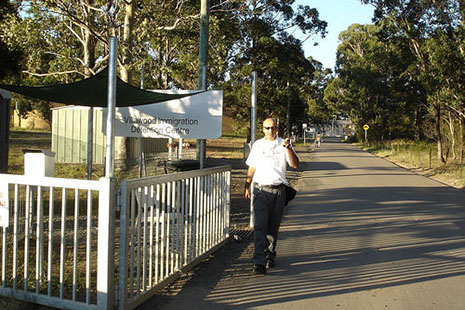 AUSTRALIA’s longest-serving immigration detainee is a fifty-six-year-old Chinese woman in frail and failing health who is living alone and in fear in a suburban Sydney flat. The woman – we will call her Mrs Bao – was held in detention at Villawood immigration detention centre from January 2001 until she was released into community detention in 2005. For more than nine years she has been a detained and unlawful non-citizen in Australia.

Mrs Bao is one of about twenty Chinese fugitives in Australia. Her case is complex and controversial because the Chinese government wants the Australian government to send her back to China for trial on the corruption and bribery charges for which her husband was sentenced to death, a punishment since commuted. Mrs Bao has fought for years through Australia’s administrative and legal systems to stay in Australia, claiming that her life would be at risk if she were returned to China.

Her case has been reviewed by the United Nations Human Rights Committee in Geneva, which reported critically on her treatment by the Australian authorities. The Commonwealth ombudsman has reported to parliament no fewer than ten times on her circumstances and has urged, three times, that she be given a permanent residence visa. Yet she remains in limbo in her Sydney flat, supported by the Red Cross, monitored by immigration officials, and afraid that the Australian government, sensitive to the growing importance of China, might suddenly move to deport her despite assurances that it will not do so.

Mrs Bao’s situation has been given urgency by the Australian government’s acquiescence in China’s arrest and imprisonment of Rio Tinto executive Stern Hu, by Australia’s economic dependency on Chinese purchases of Australian minerals and energy resources, by Prime Minister Kevin Rudd’s interest in Australia–China relations, and by Mr Rudd’s presumed desire to avoid political controversy with China as this year’s election campaign gathers momentum.

Australia’s immigration minister, Senator Chris Evans, seems in no hurry to resolve Mrs Bao’s case. He told parliament on 11 May that the government had responded to the UN committee’s findings and that his department was preparing advice for him on the ombudsman’s recommendation that Mrs Bao be given a permanent residence visa. A spokesman for Senator Evans reiterated the minister’s remarks in a brief statement responding to questions Inside Story submitted to him this week. The immigration department, he said, “is consulting with relevant federal departments and is preparing advice for the minister to consider this person’s circumstances. The minister has noted the ombudsman’s recommendation regarding this person and it will be taken into consideration when the advice is received.”

The spokesman said that seven people referred to in the ombudsman’s most recent report were among only nineteen people who had been held in detention for longer than two years. “Under the previous government, long-term detention was the default position. By contrast it has been a major focus of this government. This is a substantial improvement on the seventy-four clients who had been in detention for two years or more when the Rudd government came to office…”

But the spokesman did not answer the detailed questions put to the minister about the case. Among other things, Inside Story asked whether Senator Evans would release the government response to the UN committee report and whether Mrs Bao would be given a visa. The spokesman would not say whether Australia had received assurances from China that Mrs Bao would not be executed; nor would he say whether Australia had a firm policy of not returning fugitives to jurisdictions where they could be executed.

Mrs Bao now reportedly suffers from multiple ailments including memory failure, hypertension, high cholesterol, liver problems and sleep disorders. She has had cataracts removed from her eyes. She has sold a house in Sydney to pay legal costs and now relies on Red Cross financial support and pro bono legal representation by Sydney solicitor Michaela Byers.

In October last year the UN Human Rights Committee found that Mrs Bao’s detention in Australia was arbitrary. It said she was entitled to “an appropriate remedy to include protection from removal to the People’s Republic of China without adequate assurances as well as adequate compensation for the length of the detention…” The issue of what constitutes an “adequate assurance” has, as we will see, become a central matter in the ongoing saga.

In a report to parliament in March this year the Commonwealth ombudsman, Professor John McMillan, urged for the third time that Senator Evans grant Mrs Bao an appropriate visa to stay in Australia. Her solicitor, Michaela Byers, has sought a permanent residence carers’ visa to enable her to access Centrelink benefits.

SO THE bureaucratic and political mills grind on while Australia considers how or whether to seek from China assurances that Mrs Bao would not be executed if she were sent back to China and convicted. As yet, there has been little discussion of what such assurances would be worth once Mrs Bao was back in Chinese hands.

But the UN committee caustically noted that the risk to Mrs Bao’s life “would only be definitely established when it is too late for the State party [Australia] to protect her life…” The committee added that “an enforced return of [Mrs Bao] to the People’s Republic of China, without adequate assurances, would constitute violations by Australia, as a State party which has abolished the death penalty, of [her] rights…” The committee did not accept Australia’s suggestion that it was necessary to prove that Mrs Bao would be sentenced to death if returned to China. It was only necessary to show there was a “real risk” that the death penalty would be imposed on her.

In March 2008 the ombudsman reported that an interdepartmental committee was seeking assurances from the Chinese government that Mrs Bao would not be subject to the death penalty or torture if convicted. In March this year that statement was corrected: the ombudsman reported that the department was still resolving the issue of seeking assurances from China. Two months later, that still seems to be the situation.

It is not possible to assess the Chinese government’s criminal case against Ms Bao. According to Michaela Byers, Mrs Bao has never seen a warrant for her arrest. On three occasions, Ms Byers says, the Federal Court tried to gain access to information supplied to the Australian government by the Chinese government, but the government refused on national security grounds to supply the information. According to the UN report the Australian Refugee Review Tribunal explained “the gist” of the information to Mrs Bao in 2004. It consisted of the charges, including corruption, that she might face if returned to China. The charges carry the death penalty, but it is not mandatory.

The UN report says that Mrs Bao’s husband became the head of the Guangzhou traffic police branch in October 1999. “On 5 March 2000 he was called to a meeting at the Roads and Traffic Management Centre in Guangzhou from which he did not return,” it goes on. Mrs Bao later discovered that he was being held on suspicion of bribery and corruption. Five days later she left Hong Kong for Australia to visit her sister and niece on a temporary visitor’s visa. On 4 January 2001 she left Australia to visit her son in Canada, but at a stopover in Honolulu she was refused entry by US immigration officials and returned to Australia.

On her return she was interviewed by an immigration department officer. The UN report continues: “Unknown to her at the time, the reason for the interview was that a ‘person alert’ had been issued in relation to her. This ‘person alert’ indicated that the Federal Police had been advised by ‘Beijing post’ that [Mrs Bao] was wanted in the People’s Republic of China for diverting over 1 million yuan of company funds and was suspected of bribery.” She was taken into detention on 5 January 2001, and her administrative and legal battle to stay in Australia started.

On 8 January she applied for a protection visa, claiming the charges against her and her husband were politically motivated. She was refused on the ground that her claims were “implausible and fabricated.” A month later she lodged an application for review with the Refugee Review Tribunal. Over the next four and a half years, according to the UN report, she pursued proceedings before the RRT and in the Federal Court in which she sought access to information forwarded to Australian authorities by the Chinese government. It was not until November 2004 that the RRT gave her “the gist.”

Since then Mrs Bao’s case has followed a byzantine path through the Administrative Appeals Tribunal, the Refugee Review Tribunal, the Federal Court and even the High Court. The ombudsman and the immigration minister have been deeply involved and it is understood that the prime minister has also played a role.

Putting the most favourable construction on the government’s handling of Mrs Bao’s case, it seems a triumph of process over outcome, a process that is still being dragged out as a nervous government tries to anticipate China’s possible reactions. A less flattering analysis would suggest that the Rudd government is hardly less brutal than the former Howard government when it has to choose between a weak individual and a powerful state. It has yet to show that human rights can sometimes trump raisons d’etat in foreign policy. • 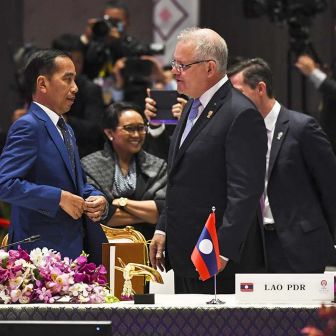 National Affairs Australia’s Brexit? Sam Roggeveen 25 November 2019 Loss of confidence in political parties could translate into disengagement from our region 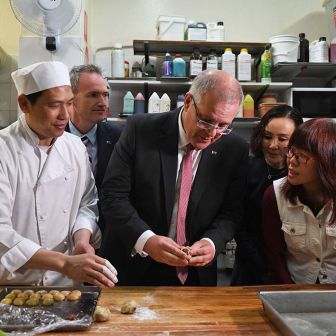 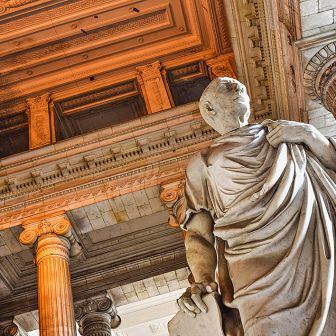 Books & Arts The needs of strangers Janna Thompson 22 October 2019 Books | Most of us are cosmopolitan, but how does that mean we should behave? 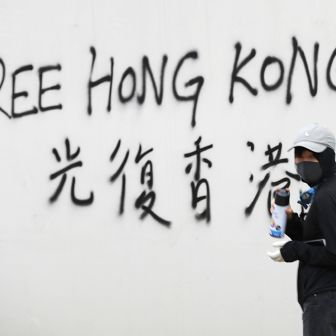 NAPLAN and the states: an intriguing result 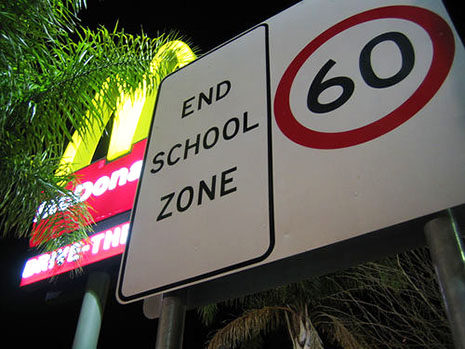