Maternal and infant mortality rates in the United States are already shamefully high, and the Trump administration’s policies are making them worse. But California is showing how it can be done differently 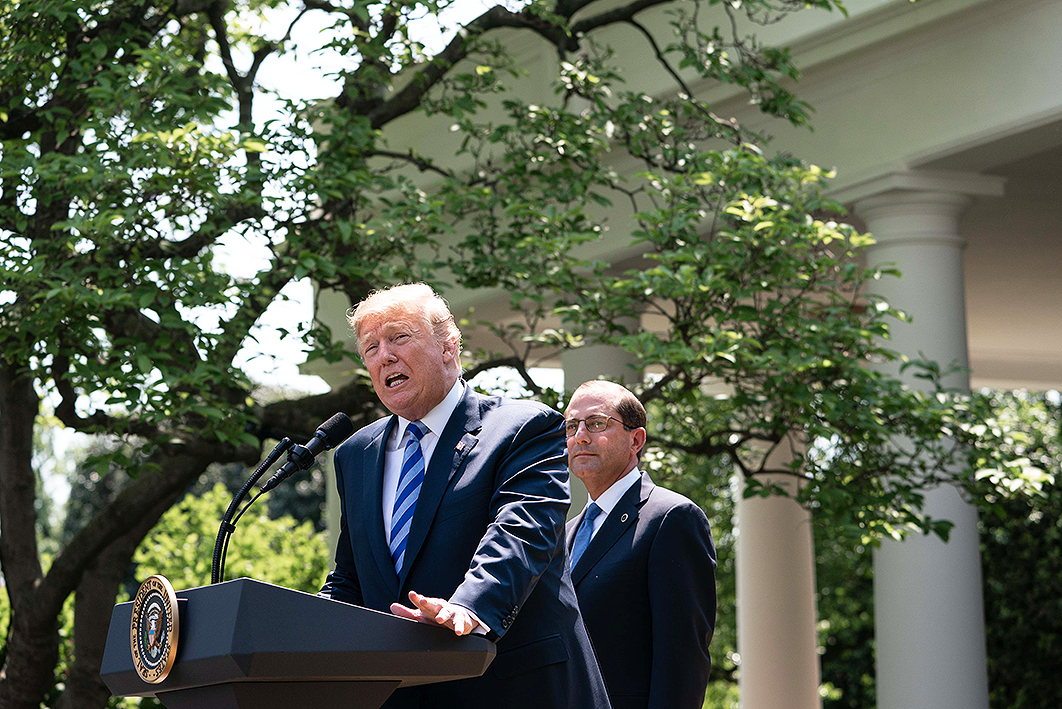 The push from the president and the Republican Party to do away with Obamacare ignores America’s appalling maternal and child health statistics. American women are more likely to die from pregnancy-related causes than women in any other developed country (a fact openly acknowledged by the government agency responsible for collecting these statistics), and the country’s infant mortality rate is about 70 per cent higher than the average among comparable countries.

Despite the marvels of modern medicine, and despite the huge expenditure on healthcare, bearing a child is still one of the most dangerous things an American woman can do. Among women aged twenty to thirty-four, it’s the sixth most common cause of death. At least 60 per cent of these deaths are preventable. And for every woman who dies in childbirth, seventy more come close.

The tragedy of maternal mortality is intertwined with that of infant mortality. Again, the United States is out of alignment with comparable countries. In 2014 its infant mortality rate was 5.8 per 1000 live births, compared to around 3.4 in Australia and comparable countries. Not surprisingly, neonatal deaths — deaths within twenty-eight days of birth — are also higher. While both these rates have improved since 2000, improvements in the United States have been slower than in similar countries. Countries like Iceland, Japan and Singapore have infant mortality rates of around 1.0 per 1000 live births, highlighting what can be achieved.

As always, much more complicated — and, in this case, much worse — stories lie behind the national data. The most recent data, released in 2018 by America’s Health Rankings, put the maternal mortality rate for African-American women at 47.2 per 100,000 live births (comparable to the rates in Brazil, Iraq and Mongolia). The rate for Native American and Alaskan Native women was also high, at 38.8 per 100,000 live births. The rates for white, Hispanic and Asian/Pacific Islander women were 18.1, 12.2 and 11.6 respectively. The worst rates are generally found in the southern states. In Texas, African-American mothers account for 11.4 per cent of births but 28.8 per cent of pregnancy-related deaths.

Researchers have struggled to understand why. Much is made in other fields of “American exceptionalism,” but in this case the difference can only be shameful and concerning. We know that factors like socioeconomic status, nutrition and affordable access to healthcare services (including prenatal care) play a key role. So too do obesity, rising rates of chronic health conditions and, most recently, the opioid epidemic.

The health of the mother is a key factor in the health of the child. African-American mothers are much more likely to be poor, uninsured and very young, and their babies are much more likely to be born prematurely. Black babies are more than twice as likely as white babies to die before their first birthday — a disparity that is wider now than in 1850, before the end of slavery.

But even after accounting for demographic differences, including education, employment, medical histories, insurance status and prenatal care, African-American women are still more likely than their white counterparts to have babies born early and of low birthweight. Education is only a mildly protective factor: a black woman with an advanced degree is more likely to lose her baby than a white woman with an eighth-grade education.

While biomedical factors — including higher rates of hypertension and pre-eclampsia — play a part, intergenerational stress, racism and discrimination are also thought to be involved. Some recent high-profile media stories, including that of Serena Williams, highlight that no one is immune to the impact of these factors, which appear to be growing more rampant under Trump.

Why, then, despite high levels of social disadvantage, including low rates of health insurance, low levels of education, and young maternal age, do Hispanic women and their babies have better outcomes than those in other disadvantaged groups? One explanation for this “Hispanic paradox” might be the strength of culturally protective social support networks, including informal systems of prenatal care. Understanding the paradox and implementing this approach could offer one solution to the current crisis.

Clearly, an essential part of the solution is improved access to healthcare. Obamacare included a range of measures that specifically benefited women and their children and tackled health disparities. These include a guarantee of maternity coverage, free preventive services (including breastfeeding support, contraceptives and contraceptive counselling), and screening of pregnant women for gestational diabetes, hepatitis B, Rh incompatibility, HIV and iron deficiency. Interventions to stop alcohol consumption and tobacco use during pregnancy are also covered, as are folic acid supplements to prevent infant birth defects.

Obamacare’s policies to increase health-insurance and Medicaid coverage delivered dramatic gains. The proportion of women of reproductive age who were uninsured dropped by 41 per cent between 2013 and 2016. With both the Trump administration and Republican states seeking to wind back Medicaid and federal support for insurance exchanges, these gains are under threat, with obvious consequences. It’s no coincidence that Texas, with the largest number of uninsured people in the United States and following substantial cuts to women’s health programs, has the nation’s highest maternal mortality rate.

Little data is yet available on the benefits of Obamacare for maternal and child health. But a very recent report showed that the mean infant mortality rate in states that haven’t expanded Medicaid rose slightly between 2014 and 2016 (from 6.4 to 6.5 per 1000 births) but declined in states that have expanded it (from 5.9 to 5.6 per 1000 births). The 14.5 per cent decline in the infant mortality rate among African-American infants in states that expanded Medicaid was more than twice the 6.6 per cent seen in other states.

The Trump administration’s policies — enacted and planned — will adversely affect nearly every government program that offers benefits to pregnant women, mothers and their children, with the largest impact falling on the most vulnerable. It is significant that Republicans now include Medicaid, food stamps and housing assistance in “welfare reform,” making it easier to justify cuts and changes to these programs as merely affecting the undeserving welfare recipients they routinely demonise. Ultimately, the impact is racist.

Trump’s campaign promise that he would not cut basic social welfare programs and his inauguration pledge that “the forgotten men and women of our country will be forgotten no longer” evidently didn’t apply to all Americans, especially those of colour. This is most egregiously demonstrated in Trump’s executive order directing federal agencies to consider adding work requirements to federal assistance programs. Republican states looking to implement this policy are seeking federal Medicaid exemptions for counties with predominantly white populations.

The administration and congressional Republicans have proposed deep cuts and structural changes to the Supplemental Nutrition Assistance Program (food stamps) and the Special Supplemental Nutrition Program for Women, Infants and Children, which offers food assistance and support to pregnant and postpartum mothers. These changes are planned despite a large body of evidence showing that access to these two programs is linked to positive outcomes for mothers and infants that carry into adulthood. Nearly a quarter of African-American households experienced food insecurity in 2016, compared to 9.3 per cent of white households.

Trump has also moved to limit women’s access to reproductive and preventive health services provided through the Title X Family Planning Program. This is a vindictive strike at Planned Parenthood, which has long been prevented from using any federal funding for the provision of abortions. Now the administration has announced restrictions that effectively bar caregivers at facilities receiving Title X funds from providing any services, referrals or information about abortions.

With these facilities providing an array of essential healthcare services, the ramifications go well beyond affordable access to abortions. The proposed rule overrides an Obama administration initiative that mandated the federal funds for services related to contraception, sexually transmitted infections, fertility, pregnancy care, and breast and cervical cancer screening to qualified health providers, regardless of whether they also perform abortions.

This move is just one part of the restrictions being systematically imposed on women’s reproductive health. In October last year the administration rolled back the Obamacare mandate that schemes must cover contraception at no extra cost, allowing virtually any employer to claim a religious or moral objection to providing that option. Ongoing legal actions from both sides can be expected.

These restrictions also have international implications. On day three of his presidency, Trump signed an executive order reinstating the “global gag rule” and extending its application to all international health assistance — not just maternal and child health, but also HIV/AIDS and tuberculosis programs. Trump’s 2019 budget proposal would severely cut US funding for global women’s health and halve funding for reproductive health.

The only good news on the horizon comes from states that have assessed the economic and social costs of unacceptably high rates of maternal and infant mortality and morbidity and are taking action. A prime example, the work of the California Maternal Quality Care Collaborative, shows that changes aimed at improving birthing procedures and follow-up care can deliver real gains.

California has reduced its maternal mortality rate by more than half, from 14.0 deaths per 100,000 births to 6.2 in four years. This was achieved primarily by identifying common but preventable causes of death (like haemorrhage) and recognising that many of the most dangerous childbirth complications can be solved with simple fixes, such as giving hospitals clear, step-by-step instructions on what to do in emergencies and having the necessary equipment on hand. The state’s maternal mortality rates (deaths per 100,000 births) for African-American, white, Asian/Pacific Islander and Hispanic women are 17.4, 4.7, 4.1 and 3.1 respectively.

When Trump announced the latest effort to limit access to federal family-planning dollars, the White House said the proposed rule would fulfil his promise “to continue to improve women’s health.” These words may come back to haunt him during the November midterm elections, at which voters have signalled health will be a key issue. Women, who constitute more than half the population, have cast between four and seven million more votes than men in recent elections, and African-American women have the highest turnout rate. ●

The starter’s gun has gone off, provoking its own blast of controversy 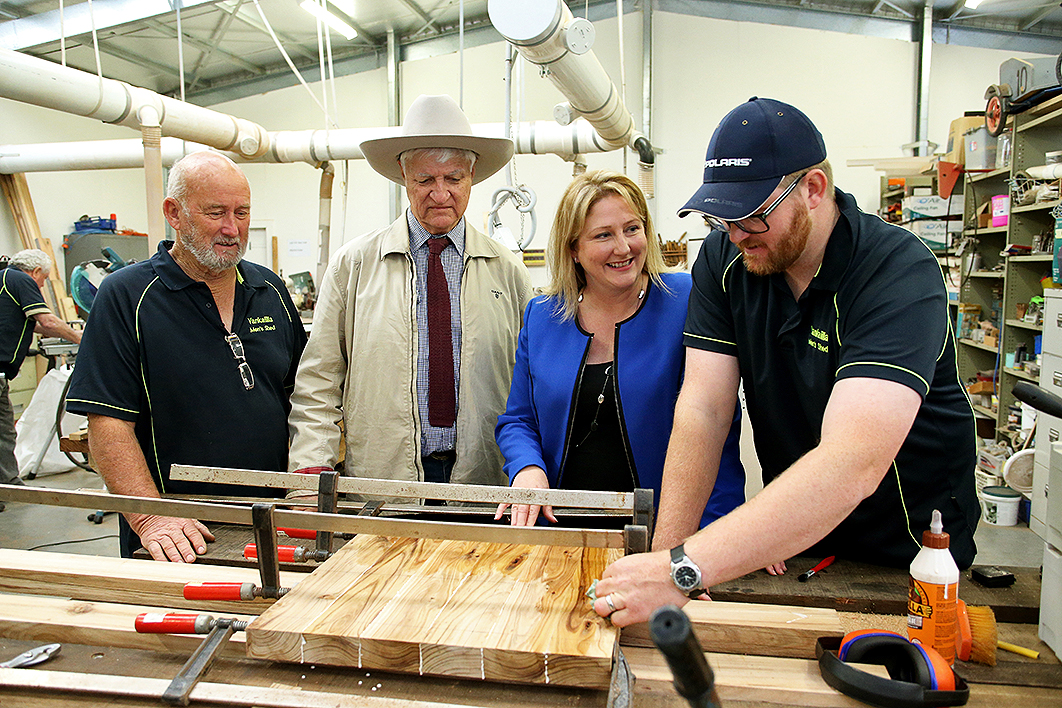