An ounce of prevention… 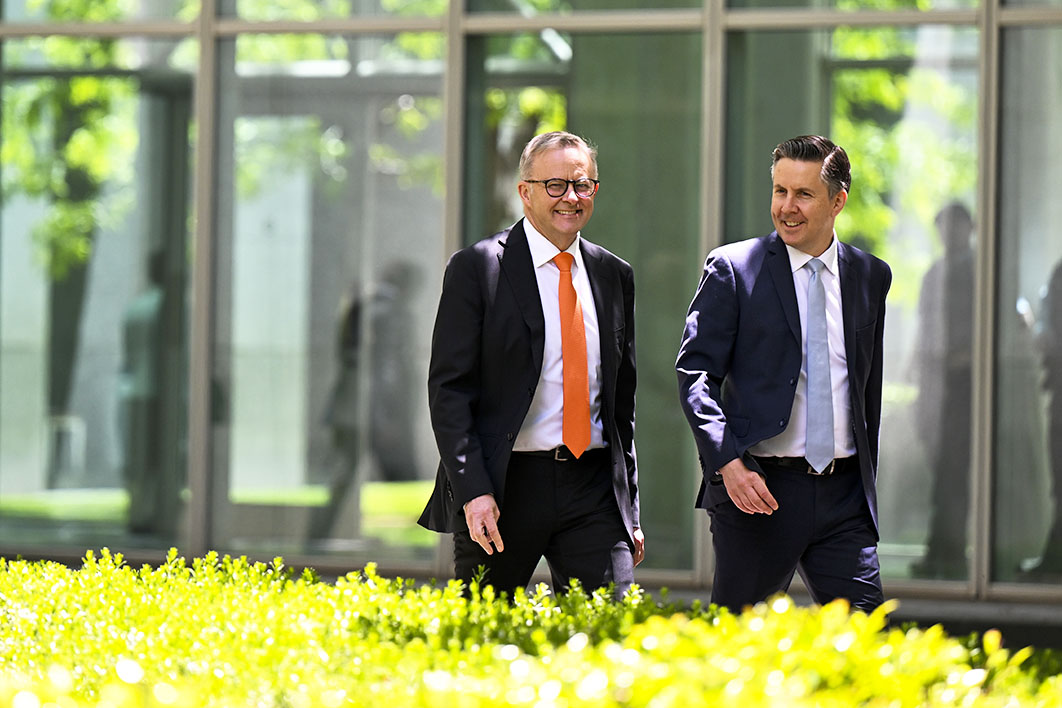 Covid-19 highlighted how political interference can undermine the very best health and science expertise. The US Centers for Disease Control and Prevention, or CDC, once an exemplar of data-gathering, analysis and planning, was deeply tarnished by the political machinations of the Trump administration and its own communication failures.

When Anthony Albanese promised to create an Australian Centre for Disease Control back in October 2020, partly inspired by the CDC, he was responding to Australia’s underpreparedness in the face of the Covid-19 pandemic. But Labor’s proposal reflects a much longer debate: since as far back as 1987 Australian public health experts have been calling for a dedicated body to advise government not just about threats from infectious diseases but also about preventive health measures.

The ACDC is expected to take a key role in preventing, monitoring and managing infectious diseases, including unexpected contagions generated by climate change and resumed international travel. But every bit as vital will be its efforts to prevent the chronic diseases caused by lifestyle and environmental contaminants. Treasurer Jim Chalmers’s first budget provided $3.2 million in 2022–23 for design and consultations for this new agency.

In a discussion paper released last month, health minister Mark Butler says the ACDC will take “an ‘all-hazards’ approach to strengthening Australia’s ability to respond to a range of public health threats — both natural and those created by humankind.” Given the range of complex capabilities the ACDC could be expected to meet, it seems likely to be established in several phases.

As Butler envisages it, the first phase would include rebuilding the National Medical Stockpile, undertaking communicable disease surveillance, prevention and response, and ensuring greater data-sharing and data linkage. Other more controversial or more difficult elements will be incorporated in later years.

Butler and the Department of Health and Ageing are being inundated with advice and instructions. Writing for Croakey Health Media, public health specialist Terry Slevin outlined twenty-eight questions he believes the government’s discussion paper raises that must be addressed. VicHealth chief executive Sandro Demaio has listed six principles an ACDC must follow in order to be successful.

Two imperatives in particular are clear already from submissions and consultations. The ACDC shouldn’t duplicate existing functions but instead play a coordinating role. It must be given the necessary resources, key among them being an expert workforce and sustained, long-term funding.

While the public health sector is pushing for quick action and certainty, careful planning is critical and a staged rollout will help ensure there are no gaps and oversights. A commitment to boost the public health workforce and ensure a steady supply of needed expertise will be essential. The Public Health Association of Australia has called for a standardised national public health training program for all jurisdictions and for a more effective workforce distributed more equitably.

Australia has a reliable set of health statistics collected by a variety of government agencies, but it does a poor job of using this data for policy development and evaluation. Links between different datasets are limited, and little effort has been made to understand health disparities and inequalities. In many cases — as the most recent Closing the Gap report highlights — essential data for assessing health and social interventions is simply not available. The ACDC will need to tackle these gaps.

The general assumption is that the ACDC will also have health promotion and prevention responsibilities, although their scope is yet to be determined. The potential gains are enormous: chronic disease could be reduced by two-thirds by targeting lifestyle‐related risk factors, including tobacco use, obesity, alcohol misuse, physical inactivity and high blood pressure. Yet Australia lacks “a sustained, comprehensive and strategic approach to prevention, together with adequate funding, coordination and monitoring.”

But the Morrison government launched a National Preventive Health Strategy 2021–2030 in December last year and provided $30.1 million for its implementation. That strategy could very effectively be incorporated into the mandate of the ACDC. The newly established National Health Sustainability and Climate Unit might also sit well within the agency.

The ACDC’s effectiveness will depend heavily on its ability to communicate advice to political and policy decision-makers and guidance to the community. The pandemic has highlighted how trust, respect and appropriate targeting are essential for successful public health communication — and how this is rarely successfully contracted out to external consultancies.

All these issues are covered, at least to some extent, in the discussion paper’s seven design principles. But many stakeholders will need to be involved in the discussions and negotiations ahead. Key among them are the states, the territories and other federal agencies that may be reluctant to cede aspects of their current responsibilities.

These potential problems highlight the fact that this crucial new agency is being developed against the background of complex, under-resourced public health systems, state and federal, alongside a multiplicity of committees and advisory groups. The pandemic has also highlighted how, at times of national crisis, political decision-makers override expert advice and bodies designed to facilitate cooperation.

The ACDC will need the power to collect consistent national data (by contrast with how the states and territories all collected Covid-19 data differently) and to act when required (and perhaps even overrule local and state government decisions). It will also — drawing on the lessons of its American counterpart — need to be independent of both the federal health department and political interference.

The government would do well to make every effort to bulletproof this new agency against potential political attacks and efforts to claw back allocated funding. One way to safeguard the agency’s financial future would be to establish a “future fund” to ensure funding and remove funding decisions from the short-term political vagaries of the federal budget process.

The Medical Research Future Fund, established in the 2014–15 budget with funds taken from the health and Indigenous affairs budgets (including the National Preventive Health Agency and the National Partnership Agreement on Preventive Health) now has some $2 billion more in funds than the $20 billion goal: using some of these funds for an ACDC would be entirely appropriate.

The fact that Australia is the only country in the OECD without a Centre for Disease Control or equivalent should be turned to our advantage by assessing the best features of international exemplars. The discussion paper examines six — in Canada, Europe, France, Switzerland, Britain and the United States — and provides more detailed case studies for Canada and the United States. Canada is presumably singled out because, with both provincial and federal governments, it most closely resembles Australia.

An ACDC won’t solve all of Australia’s public health problems, and it would be a serious mistake to focus on the delivery of a new agency at the expense of other aspects of the public health systems. But it can play an important role in coordinating and reorienting Australia’s healthcare system. Whether all the stakeholders can be brought into agreement will ultimately depend on the leadership of health minister Butler and the investment foresight of treasurer Jim Chalmers. •

Lesley Russell is an Adjunct Associate Professor at the Menzies Centre for Health Policy at the University of Sydney. She was the inaugural Menzies Foundation Fellow and, prior to that, a health policy adviser to the federal Labor Party.