An outsider at war

“Where spades and picks are as useful as rifles. Working parties going up to consolidate newly captured trenches”: an official photo of the Somme advance during the first world war. National Library of Scotland/Flickr Commons 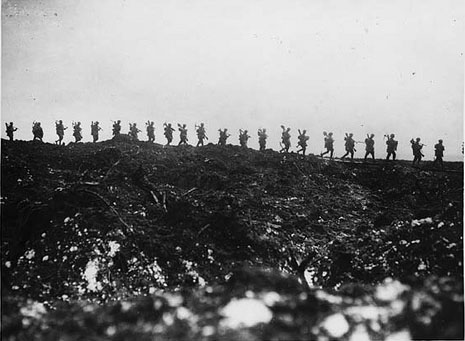 “Where spades and picks are as useful as rifles. Working parties going up to consolidate newly captured trenches”: an official photo of the Somme advance during the first world war. National Library of Scotland/Flickr Commons

The Middle Parts of Fortune
By Frederic Manning | Text Classics | $12.95

FREDERIC Manning’s novel of the first world war, The Middle Parts of Fortune, first appeared in London in 1929, in a limited edition intended for subscribers only. It was issued to the public the following year under the title Her Privates We, with some minor alterations made in concession to the conventions of the time. In rendering the everyday language of soldiers, for example, certain niceties were observed; “fuckin’s” were changed to “muckin’s,” and “buggers” to “beggars.” These transparent amendments did little to diminish the impact of the book, which struck its many readers, particularly those who had served in the war or witnessed its after-effects on their loved ones, as being true to the actual experience of modern warfare in ways that nothing else had managed to be. In the judgement of many of his admirers, Manning’s achievement has not really been surpassed even now, many decades and many wars later.

The titles of both versions of this extraordinary book – The Middle Parts of Fortune and Her Privates We – derive from the same brief passage in Hamlet, in which the young prince engages in sexually charged banter with Rosencrantz and Guildenstern over their relationship to Fortune and the careless control she exercises over their lives. “On Fortune’s cap we are not the very button,” says Guildenstern. It is a nice irony that it is the title of the second, expurgated version of Manning’s masterpiece, Her Privates We, that is the one that most directly alludes to the earthiness and the companionable vulgarity that Manning quietly celebrates in his half-novel, half-autobiography. It would be even nicer to think that the irony was deliberate.

Times and sensitivities change, and the unexpurgated version has long been restored as the standard text. It appears again here as one of the inaugural thirty volumes in Text Publishing’s new series of Australian Classics. The series itself has been presented as something of an antidote to the apparent neglect, by both readers and the academy, of Australia’s literary heritage, and of the part these key works have played in helping to define us. Whether we are, as nations go, particularly forgetful when it comes to our literary heritage, or whether we’re simply following global trends that have us focusing more squarely on the next app, the inclusion of The Middle Parts of Fortune on the list does raise another question, this time with particular relation to Manning: in what meaningful sense can he be regarded as an Australian writer at all?

Born in 1882 into one of Sydney’s most prosperous and prominent families, he first left for England at the age of sixteen, and although he returned several times for visits and maintained close contact with his family throughout his life, he barely refers to Australia in any of his published writings. It was not his subject. In his informative introduction to this current edition, Simon Caterson quotes from an early review by Nettie Palmer, in which she says of Frederic Manning that he would be “in the front rank” of Australian writers “if we could really claim him.” Up until the appearance of The Middle Parts of Fortune, the claims would have seemed slight indeed. Manning, prodigiously well read, conservative by temperament, with a refined sensibility and a delicate constitution had, with the financial support of his family, slipped into the role of Edwardian man of letters, partly through his own efforts and partly through those of his well-connected friend and mentor Arthur Galton, who relentlessly put him forward. Manning achieved some success, and perhaps more importantly for him the attention and interest of fellow writers, in 1909 with a collection of historical dialogues, Scenes and Portraits – beautifully written and a struggle to get through – which T.E. Lawrence, who became a friend, later claimed with characteristic hyperbole to have read fifty times.

Nothing in Manning’s personal or literary background suggests an adequate preparation for life as an army private, still less for writing about that life. According to one observer, he had the hand of a “mediaeval scrivener,” which hardly seems suited to the recording of industrialised warfare. And yet one of the most striking aspects of The Middle Parts of Fortune, one that helps to ensure its status as a classic by any standard, is not that Manning abandoned his Edwardian detachment and his air of intellectual refinement in order to write an entirely different kind of book, but that he retained those very aspects of himself, both within the tone of the narrative and in the central character of Bourne. Bourne, who stands as a version of Manning himself, is acutely conscious of his own difference. He feels isolated from his fellow soldiers: “He was not of their county, he was not even of their country… He felt like an alien among them.” It is hard not to read into this the perspective of a writer who was twice a foreigner, in England and in France. And yet this self-declared sense of isolation coexists with a deep sympathy with his comrades, a sympathy that seems by implication to question the value he places on other, more rarefied qualities.

Manning lived for writing and for intellectual pursuits, yet The Middle Parts of Fortune balances those pursuits, and the kinds of human relationships they engender, against the raw and instinctive fraternity of the Somme. The act of writing – whether it be letters home or the typing duties that Bourne reluctantly undertakes in a brief assignment to the orderly room – is made to seem oddly beside the point, especially when compared with things of substance: a parcel containing a plum cake, or a bottle of whisky secreted for safety inside a hollowed-out loaf of bread, gifts from home that he can share with his fellow soldiers. There is a remarkable passage in which Bourne, who knows French, agrees to write a letter for a young woman to her English lover, a soldier who has since moved on. He translates her words, phrase by phrase, the writing itself “a somewhat mechanical business.” Yet in the process he feels himself becoming the other man, of whom he knows nothing but his name. “In fact, the relation in which he stood to this unknown man was in some ways closer and more direct that that in which he stood to the girl beside him.”

This reissue of The Middle Parts of Fortune includes the original dedication, “to Peter Davies who made me write it.” It would be fascinating to know what prompted Davies, a young and ambitious publisher and himself a veteran of the Somme, to badger Manning until he succumbed, and to know what he saw in the anglicised aesthete, with the perfect manners and wealth of learning quietly worn, that convinced him that he was the man to write the book about the war that needed to be written, the one that would see the conflict through the eyes of the foot soldier. The answer can only be that he saw something else in Manning, an underlying energy and a natural human sympathy coupled with the odd angle of vision of the outsider. It was a complex vision, one that Manning, half-Australian and half-not, probably did not fully understand himself. His surrogate, Bourne, while he recognises the cruelty and waste of the war, does not really question why it should have happened, just as he does not really question the rigid social hierarchies that the military life both replicates and reinforces. Yet at the same time he envies the casual disregard for military protocol displayed by a passing Australian, “driving a horse-drawn lorry, with a heavy load whereon he sprawled, smoking a cigarette.” Recalling the incident afterwards, Bourne succumbs to a rare moment of anger. “You want a few thousand Australians in the British Army,” he says to his companions. •

Richard Johnstone is an Emeritus Professor at the University of Technology Sydney. 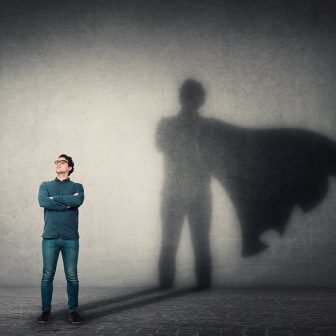 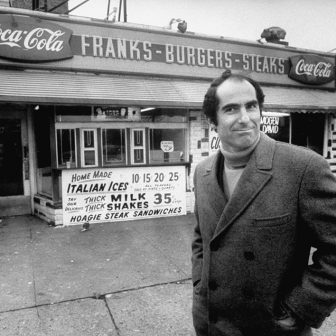 Overtested, overtreated and over here

The principles behind an American campaign to reduce unnecessary and often expensive medical interventions are gaining support in Australia, writes Melissa Sweet

Justin Coleman (above): the best way to improve the health of future generations is to spend more on education rather than healthcare. Bruce Waxman 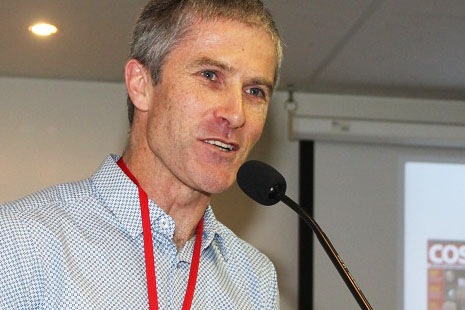 Justin Coleman (above): the best way to improve the health of future generations is to spend more on education rather than healthcare. Bruce Waxman