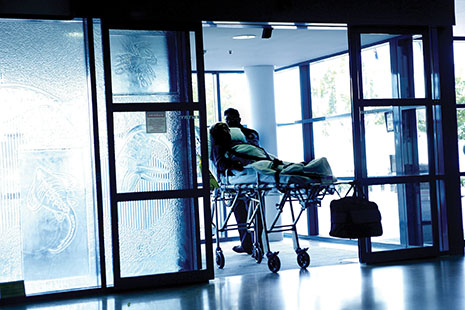 THE federal government’s battle to cut back subsidies for private health insurance hit its first obstacle in 2009, when the Senate rejected a means test on the health insurance rebate introduced by the Coalition twelve years earlier. Only in 2012, when it faced a less obstructive Senate (but a more difficult House of Representatives), did the government get its legislation through parliament. The rebate now starts to cut out at a single income of $84,000 and cuts out fully at $130,000 (the family thresholds are double).

Opposition to this modest reform ranged from the angry to the hysterical. A typical reaction came from “bruce,” posting on the Australian’s website: “Yet another attack on resourceful people who pay their way. Punishing achievers to reward non-achievers.” A report by Deloitte prepared for the health insurers warned that 1.6 million people would abandon hospital cover and premiums would rise “10 per cent above what would otherwise be expected” — a suitably untestable prediction. Once the legislation was passed, the Coalition promised to restore the rebate should it win office. According to Tony Abbott, the rebate “is an article of faith for the Coalition. Private health insurance is in our DNA.” The Coalition has since backed off from its promise.

Along with several independent analysts, health minister Tanya Plibersek pointed out that any small reduction in membership resulting from withdrawing the subsidy would be more than offset by normal membership growth and by the impact of a higher Medicare Levy Surcharge for people on high incomes who do not have private hospital insurance. The surcharge’s phase-in points are the same as those for the withdrawal of the 30 per cent rebate.

In fact, far from falling, membership of hospital insurance schemes rose in the quarter after the legislation was passed. Some of this increase resulted from people pre-paying premiums before the changes took effect in July 2012, but that doesn’t explain why membership kept on growing. So strong was the rise that the government was caught out. When it prepared the

2012–13 Budget, it estimated the rebate for that year would cost $4.5 billion; the revised estimate in this year’s Budget was $5.6 billion, with fall to $5.4 billion predicted for the coming financial year.

The government tried to turn this outcome to political advantage. Minister Plibersek boasted that “almost 1.4 million additional people have taken out hospital cover since the government took office.” Private health insurance is now in Labor’s DNA, too, it seems — a strange turnaround in view of the party’s struggle in the 1970s and 1980s to establish Medibank and its successor Medicare.

Rather than reflecting the commitment to social insurance that drove these earlier reforms (and which underpins national disability insurance), the government’s modest private health insurance reforms seem to have been driven by a desire to reduce the fiscal deficit and wind back “middle-class welfare.”

Nor are they designed to reduce government assistance to the health insurance industry, although this subsidy, now costing $7.0 billion a year once forgone income tax is taken into account, dwarfs the amounts proposed for the automobile and other industries, which are rightly the subject of public debate.

Is there an economic justification for health insurance to be given such a privileged position, without having to explain its raison d’être or to justify its subsidies? Why have we used subsidies and penalties to encourage a financial intermediary that costs $2.4 billion a year (the difference between premiums received and benefits paid) to interpose itself between healthcare consumers and providers?

JOHN Kenneth Galbraith once said that if you want to feed oats to a sparrow, don’t do it by feeding a horse and expecting the sparrow to get some of what passes out the other end. If the function of private health insurance is to fund private hospitals, there are better ways of doing that than churning money through the finance sector. The Hawke government, for instance, paid a 30 per cent subsidy direct to private hospitals.

If the rebate was designed to relieve pressure on public hospitals, it has failed. Some patients have certainly shifted from public to private hospitals, but funding has shifted with them. And where the money has gone, so too have the surgeons and other specialists. The result has been a reshuffling of the queues for limited resources.

If the purpose of the subsidy is to compensate those who don’t draw on publicly funded programs, it is indirect and unfair. It leaves unsupported those who pay for private hospital care and dental care without relying on private insurance — people who have been further disadvantaged by the government’s decision to abolish the medical expenses tax offset, which gave up to 20 per cent support for those who funded their own health expenditure. Contrary to partisan rhetoric, taking out private insurance goes against self-reliance. To use the language of libertarians, it substitutes the “nanny corporation” (the health insurer) for the “nanny state.”

If it’s to save budgetary outlays, it may do so in the short term, but in reality it simply adds to official taxes (with their safeguards of accountability, equity and cost-control) the more opaque privatised taxes collected by health insurers. Research shows countries that rely on private insurance to fund healthcare get no better health outcomes but spend much more than the countries that use the power of a single national insurer and market competition by providers.

The argument about saving budget outlays has superficial appeal, and is behind a proposal called “Medicare Select” pursued vigorously by health insurers and the Centre for Independent Studies. Medicare Select would involve collecting funds through the tax system, as presently occurs, and then churning them through a competing group of insurers, one of which would be publicly owned. In the name of “choice” it uses two layers of bureaucracy — the public bureaucracy to collect tax and the private bureaucracy of insurers.

Choice is important to consumers where it involves choice of therapy. Where continuity of care is important, choice of practitioner is important, too. But there is little point in choice of insurer. The advocates of Medicare Select say insurers would be able to offer more variety of products than they do now under constrained community rating regulations, but such choice is meaningless given the unpredictability of our health needs. Will you lead a healthy life with little need for care, will you suffer a chronic condition needing ongoing care, will you suffer severe trauma in an accident, and so on? We have no idea of what sort of insurance package we may need.

Medicare Select is based on the “success” of a similar scheme in the Netherlands. Over the four years following its introduction in 2006, healthcare expenditure rose from 9.7 per cent to 12.0 per cent of GDP. That’s now the second-highest level in the OECD — only in the United States, where private insurance has had a longer period to wreak its damage, is expenditure higher, at 17.6 per cent of GDP. To put the Netherlands’ rise in perspective, if our health expenditure were to rise by 2.3 per cent of GDP we would be outlaying another $35 billion each year.

THESE shortcomings in private insurance are explained in more depth in a Centre for Policy Development paper John Menadue and I wrote last year. Contrary to some emotive claims, those who, like Menadue and myself, are critical of private insurance are not seeking some form of “socialised medicine.” Private hospitals are an important part of our health services, and they should not be separated by financial barriers from public hospitals. Nor are we calling for “free” healthcare.

Rather, our point is that to the extent we wish to share our healthcare costs with one another, a single strong national insurer is the most efficient and fairest option. Individual payments from those with the means to contribute, without the backing of private insurance, can play an important role in allocating healthcare resources and in relieving pressure on public budgets. In a country that has become much wealthier in recent years, there is a strong case for requiring more co-payments from those who can afford them, particularly for some presently “free” services such as public hospitals. That would be far more socially cohesive than segregating the well-off into their own private hospitals — a healthcare equivalent of a gated community.

Almost a half-century has elapsed since the Commonwealth last subjected the health insurance industry to policy scrutiny, in the 1969 Nimmo Report. An Industry Commission inquiry in 1996 looked only at how to support private insurance, not at whether it should be supported at all.

Policy-makers need to ask not only whether private insurance adds value to healthcare — and our analysis finds it does not — but also whether it could serve a useful role under any circumstances. Like other industries, this part of the finance industry should be required to show that in return for budgetary and regulatory support it can achieve outcomes that could not be gained through other, less expensive means. We believe it cannot. •

Ian McAuley is an Adjunct Lecturer in public sector finance at the University of Canberra and a fellow at the Centre for Policy Development.

The Islamic state in context

Fears of the emergence of an Islamic state in Egypt or other countries in the region are at odds with thirteen centuries of history, writes Tarek Osman 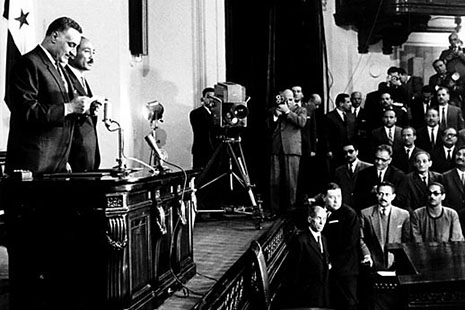