An unknown, an interloper, a feminist 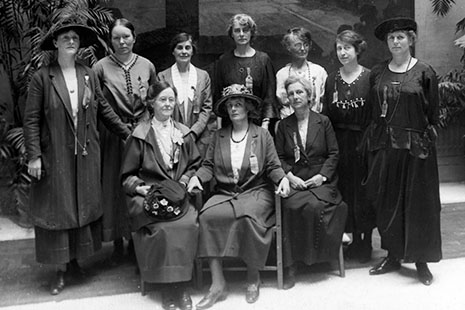 Eilean Giblin: A Feminist between the Wars
By Patricia Clarke | Monash University Publishing | $34.95

AUSTRALIA is used to exporting feminists: think of Alice Henry and Miles Franklin throwing themselves into the pioneering work of the women’s trade union movement in Chicago, or Germaine Greer using Cambridge as base camp for her assault on the patriarchy.

In this biography, the direction is reversed. Eilean Burton, born in London in 1884, married the Tasmanian soldier, scholar, politician and farmer L.F. Giblin near the end of the first world war and came to Australia as a war bride a year later. By then she was in her mid thirties, and had already packed a lot in. She had met Giblin before the war when she sojourned in Australia, working in a range of menial jobs including shearer’s cook, in order to write a book about her adventures. Even earlier, she had turned away from the comforts of upper-middle-class family life to spend time as a social worker in one of the south London settlements associated with Toynbee Hall.

Physical courage ran in her family’s female line. Two of her aunts had been imprisoned as suffragettes, one of them for throwing stones at Winston Churchill’s London home. Through these remarkable women Eilean had become acquainted with members of the Bloomsbury Group, with which Lyndhurst Giblin also had connections. Just after the war, Eilean spent an uncomfortable winter batching with Constance Garnett at the Cearne, in Surrey. When she wrote to her husband complaining about the dangers of chopping firewood, he sanguinely advised her to “use the weight and swing of the axe.”

The Giblins were unorthodox progressives of similarly homespun appearance; as companionate marriage it seems, from this distance at least, a perfect match. Yet Lyndhurst was also a son of the Tasmanian elite. His father had been one of the colony’s premiers. Many of his family were observant Congregationalists. In 1919, Eilean arrived in conservative Hobart, then a town of just 50,000 people, as “Mrs Giblin.” When her mother-in-law expressed shock that she chose not to wear a wedding ring, Eilean gave in and bought one.

She had no intention of becoming a mere wife, according to her biographer. Eilean Giblin, “an unknown, an interloper, a feminist” in Clarke’s words, sought to play a role herself. And this she did despite the demands of her husband’s career, which were considerable. In Tasmania he became state statistician, making his mark on state government policy and the university there. Between 1929 and 1940, he was Ritchie professor of economic research at the University of Melbourne. At the start of the second world war, he was called to Canberra as an economic adviser.

In Hobart, Eilean became a member of the Women’s Non-Party Political League, formed after women were granted the right to be elected to state parliament. The group successfully lobbied the Tasmanian government for women to be appointed as police officers and justices of the peace. She also went to Rome as an Australian delegate to the ninth International Woman Suffrage Alliance Congress, and was a long-serving member of the board of the Hobart Public Hospitals.

In Melbourne, though she had never been a university student herself, she played a central role in the founding of University Women’s College, at a time when there was insufficient accommodation for women students. The land set aside for the college had been used for a cricket ground and there was a flurry of opposition in state parliament to the transfer going ahead. Clarke notes that Eilean was partly motivated by Virginia Woolf’s ideas in A Room of One’s Own.

When Giblin was appointed to Canberra, Eilean followed. They ended up making a home in National Circuit, Forrest. Like many others before and since, she was struck by the eerie quietness of the national capital. Once war began to derange Europe, Eilean was aware of the dissonance between her peaceful surroundings and her turbulent thoughts, confiding to her diary that she found “these curving roads, broad belts of flowering trees, houses nestling among wattles and prunus and cypress… slightly nauseating.”

Without doubt, the move from Melbourne was a life-changing disruption. As Clarke reports, the lack of well-established progressive women’s networks in Canberra denied her further opportunity to contribute to the development of female education and “the pursuit of equal citizenship in all its manifestations.” Thrown on her own resources, Eilean decided to establish a pottery studio and to keep her diary of a country at war.

The diary, which was added to her husband’s papers in the National Library, is the main reason she has remained visible to scholars and writers. Isolation, loneliness, alienation from the centre – these are perhaps more frequent notes in these journals than their author might have realised. Clarke suggests this, but does not dwell on it, preferring to follow her subject into action. Yet the diaries seem to supply some of the feeling in Frank Moorhouse’s Canberra novel Cold Light, in his evocation of Edith at home in Arthur Circle:

“An empty street. We are about as far from the centre of the modern world as you can get without being in a desert.”

Regardless of where the Giblins lived, Eilean made an effort to follow events and ideas overseas; copies of Nation, the New Statesman, the Guardian and other British papers followed her to each new home. Among the remarkable chapters in this biography is the story of her support for the Dunera boys. Despite the common view of these twice-displaced refugees as pro-Nazi, Eilean saw the moral point of their plight clearly: “how can we lead a crusade for democracy and freedom if we put such people in a concentration camp?”

With difficulty, given wartime controls, Eilean arranged and undertook a physically arduous journey to visit three of them at the camp at Hay, lugging along a large fruitcake. The prisoners and their visitor were led into a room filled with long benches, divided down the middle by a wire screen. “We sat down, and they began to talk, telling me of the voyage out, which must have been a nightmare…”

Eilean Giblin’s experiences turn out to have directly touched so much that was formative in twentieth-century Australia. If ever there was a feminist life that deserved to be recovered for Australian readers, it is this one. With sparse sources to start from, Patricia Clarke has done a sterling job in and beyond the archives. •

Sybil Nolan is a lecturer in publishing at the University of Melbourne. 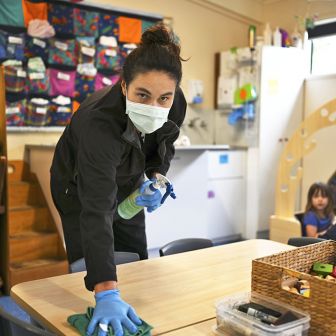 A new narrative for Australian schooling would accept diversity and competition, but competition for achievement rather than for students or money, writes Dean Ashenden 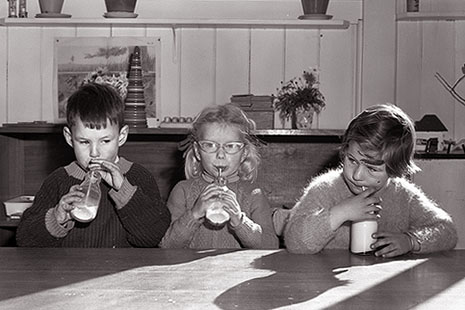