Anarcho-Marxist claptrap and the rule of law

Injustices sometimes need to be resisted unlawfully, as critics of Sally McManus should know 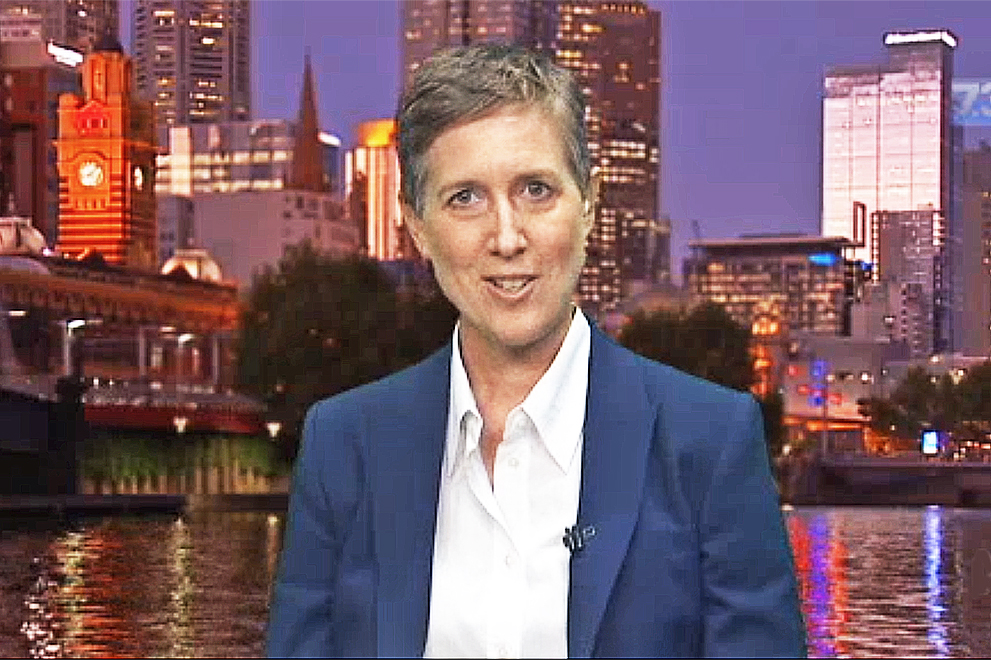 Sally McManus, the new secretary of the ACTU, has copped a caning for asserting on ABC TV’s 7.30 that it is legitimate to break the law in some circumstances. The example she gave was of trade unionists laying down tools at an unsafe worksite, and thus facing prosecution for engaging in illegal strike action. Her words inspired defence industry minister Christopher Pyne to new heights of hyperbole. He told Fran Kelly on RN Breakfast that McManus was spouting “anarcho-Marxist claptrap” and “ideological gobbledygook” and should resign. “We’re not in the 1980s Arts class at Adelaide University anymore,” he said.

As someone with fond memories of Arts classes at Adelaide University in the 1980s, I think Pyne should take a deep breath and count to ten.

I am one of many Australians who have deliberately broken the law to pursue a principle and contribute to a larger political campaign. I am thinking in particular of the protests against the damming of the Gordon-below-Franklin in Tasmania. In the summer of 1982–83, I joined hundreds of other protesters camping in the Tasmanian wilderness at Warners Landing, near the proposed dam site on the Gordon River. On the day heavy earthmoving equipment was brought up the river on barges, we attempted to “blockade” the site to prevent it from being unloaded.

Given the strong police presence, our protest was more symbolic than practical. After some cheerful running around in the bush, I was collared by a copper and charged with trespass. I spent the next week in Hobart’s Risdon Prison, because, like many others, I refused to accept special bail conditions that required us not to travel back up the river to rejoin the protest. The decision to exercise my right to refuse bail was also part of a larger strategy to drive up the political and financial cost of building the dam by overloading Tasmania’s corrections system.

This was – shock, horror – a clear case of breaking the law in a democracy, and while there may have been a few Marxists taking part, there was nothing anarchic about the action. It was highly organised and disciplined. Before departing for Tasmania, we undertook non-violence training and made a strong commitment to avoiding any escalation into confrontation, particularly with many Tasmanians openly hostile to “mainlanders” intervening in what they saw as a purely local issue. (A popular bumper sticker of the time read “Fertilise the bush, bulldoze a greenie.”)

According to Christopher Pyne, “Every citizen has to abide by the law. That’s how our Western democracy works.” Opposition leader Bill Shorten and many others on the Labor side of politics echoed that view as they scrambled to distance themselves from McManus and avoid predictable condemnation by the tabloid media and talkback radio. Shorten insisted that the way to change unjust laws is through the democratic process. “That’s the great thing about living in a country like Australia,” he said. “That’s what democracy is about. We ­believe in changing bad laws, not breaking them.”

So Martin Luther King Jr was not a democrat? He was arrested countless times for breaking the law, and when he led unlawful protests against racial segregation he did so in the name of democracy. In his famous 1963 Letter from Birmingham Jail, he correctly predicted that history would one day vindicate those African Americans who deliberately flouted the laws that forced them to sit at the back of the bus or banned them from eating in restaurants:

One day the South will know that when these disinherited children of God sat down at lunch counters, they were in reality standing up for what is best in the American dream and for the most sacred values in our Judaeo-Christian heritage, thereby bringing our nation back to those great wells of democracy which were dug deep by the founding fathers in their formulation of the Constitution and the Declaration of Independence.

Today King is recognised as a hero and honoured in the United States with a national holiday.

Peaceful civil disobedience and non-violent direct action are not anti-democratic; they are part and parcel of the ethical tug-of-war that is social progress. Democracy is not infallible; majorities can and do support laws that are wrong. Plenty of examples dot our own history, including the White Australia policy and the systematic denial of fundamental rights to Aboriginal Australians. In 1965, Australia’s own freedom riders were threatened with arrest for obstruction when they tried to assist Aboriginal children to gain entry to the segregated Moree swimming pool. Among the law-breaking anarcho-Marxist students trying to foment social chaos at the time were James Spigelman, a future chief justice and lieutenant-governor of New South Wales, and Charles Perkins, who would go on to be a top public servant and be honoured with an Order of Australia and a state funeral.

In supporting the right of trade unionists to break the law in certain circumstances, McManus was not endorsing rampant criminal activity by the CFMEU, or suggesting that we can individually choose to follow the laws that suit us and ignore the rest. The threshold for civil disobedience is high, as are the potential costs.

Third, King pointed out that Birmingham’s local ordinances contravened the spirit, if not the letter, of the decisions of higher courts, in particular the 1954 Supreme Court decision in Brown v Board of Education, which found that racial segregation of children in public schools violated the constitution.

Fourth, King tested the laws of segregation against the fundamental principle of human equality: “An unjust law is a code that a numerical or power majority group compels a minority group to obey but does not make binding on itself.”

And finally, he pointed out that a law may appear just, but be implemented in an unjust manner: “For instance, I have been arrested on a charge of parading without a permit. Now, there is nothing wrong in having an ordinance which requires a permit for a parade. But such an ordinance becomes unjust when it is used to maintain segregation and to deny citizens the First Amendment privilege of peaceful assembly and protest.”

The decision to break the law in a democracy is not one to be taken lightly. Above all, it requires accountability. Anyone who breaks an unjust law, says King, “must do so openly, lovingly, and with a willingness to accept the penalty.” When I deliberately engaged in trespass in the Tasmanian forests, I did so in the full knowledge that I would be arrested and face a penalty. I assume that the Christians who occupy politicians’ offices to hold prayer vigils for refugees on Nauru and Manus also know that they are risking arrest and sanction. When construction workers walk off an unsafe building site, or stop work because a colleague has been killed on the job, they are aware that they, or their union, will be hit with massive fines.

They also know, as we did in Tasmania, and as King did in Birmingham, that the act of breaking the law does not, in itself, bring about change; in the end, it is through parliaments, elections and court decisions that legislation is made, discarded or amended. Acts of civil disobedience and non-violent direct action are a way of bringing attention to the rightness or wrongness of an issue and advocating for change. Whether such campaigns succeed or not will ultimately be determined by broader public debate and the contest of ideas. The dam on the Gordon-below-Franklin was never built, because a majority of Australians voted in March 1983 to elect a government that had promised to halt its construction.

Sally McManus says that a belief in the rule of law is not inconsistent with refusing to obey laws that are unfair and unjust. King would surely agree. As he wrote, “an individual who breaks a law that conscience tells him is unjust, and who willingly accepts the penalty of imprisonment in order to arouse the conscience of the community over its injustice, is in reality expressing the highest respect for law.” •

Peter Mares is a contributing editor of Inside Story and author of Not Quite Australian: How Temporary Migration Is Changing the Nation.

Why gas prices went sky-high, and what governments need to do about it

A true story of government controls, utility privatisations, and the incentive to export 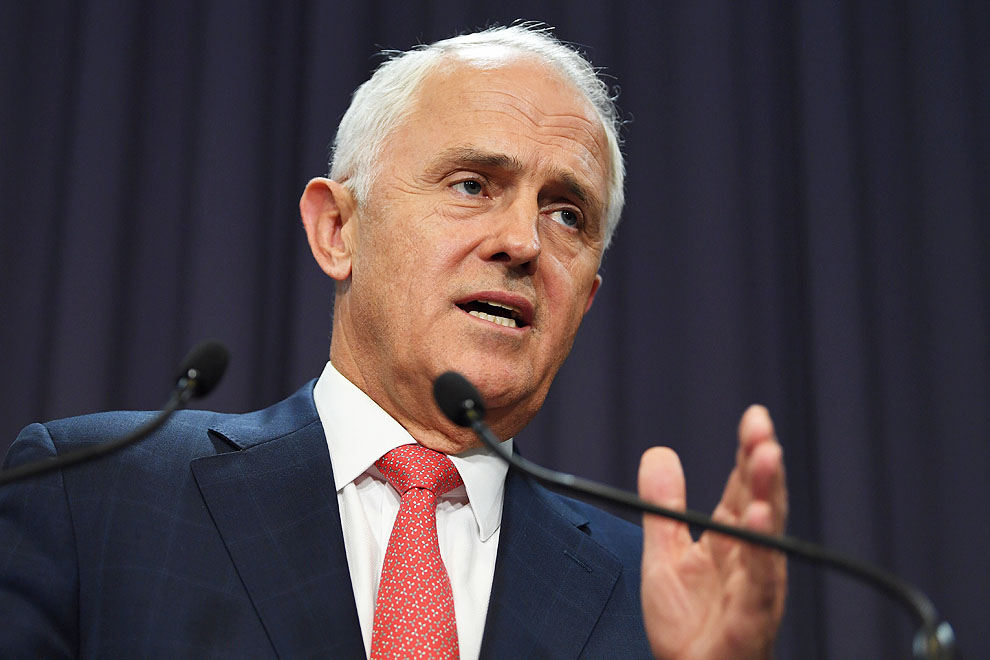