Another blow to democracy in universities 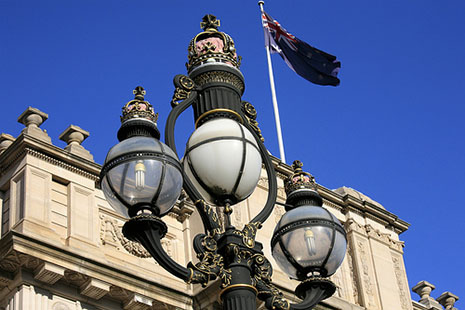 THE ideological crusade begun by the Kennett government in the 1990s is now complete: as the parliamentary year drew to a close, the Victorian government legislated to abolish elected staff and student positions on the governing bodies of tertiary institutions.

In the Coalition’s earlier assault on representative governance, university councils were cut in size. Staff and student numbers were dramatically reduced, specified positions for state MPs were discontinued, and Trades Hall nominees (where such had existed) were abolished. Most significantly, positions for alumni elected by alumni were eliminated – a move that would provoke something close to war if attempted in many other Western universities.

What the discontinued categories had in common was their independence of chancellors and vice-chancellors. With their own support bases, they didn’t need to follow the party line in order to secure re-election or reappointment. There is no such danger in the arrangements now introduced by the Victorian government. Soon, every council member will owe his or her position to nomination by the university leadership or by the government: the chance of a maverick or critic emerging in the ranks can confidently be assessed as nil. The inescapable conclusion is that those supporting narrower council memberships are simply not interested in a diversity of views, preferring a phoney consensus (“no votes, please”) apparently beloved of corporate boardrooms but out of place in universities. Nor are they interested in hearing from elected internal members who may be capable of offering informed counter-perspectives on contentious issues.

Equally alarming is the tedious emphasis on financial and commercial expertise as the dominant membership criterion, with no corresponding emphasis on educational expertise. This ideological position is now so embedded that it passes almost without comment. It would be interesting to discover how many of the failed “cowboy” schemes of recent years (campuses in odd overseas locations, for example) were supported by business members of university councils and opposed by staff and student members; don’t expect funding for that research project.

Even if all the business members of councils were the epitome of wisdom and virtue (a long shot in Australia), their over-representation is still inappropriate in institutions that receive most of their funding from the public purse. These institutions are spending taxpayers’ money and their governance arrangements should reflect the diversity of that taxpaying community.

I served as an elected staff member on two tertiary governing bodies for a total of nearly thirteen years in the 1980s and 1990s. My major concern, shared by colleagues, was that many external members seemed to lack sympathy for academic values and were intolerant of dissent (the “how can you disagree with your vice-chancellor?” line). This problem came into sharp relief in the Monash plagiarism scandal of 2002, in which the vice-chancellor ultimately resigned – but only after a campaign by staff and students, concerned external parties and even the Murdoch media. The business-dominated council’s initial response was to deny the magnitude of the problem and dig in behind the vice-chancellor. A staff member on council later related his impression to me that business members just couldn’t see what the problem was with the vice-chancellor’s plagiarism – what was the big deal? The risk of indifference (or even hostility) to scholarly values is at the heart of concerns about narrowly constructed councils.

Another conclusion from my time on councils was that staff and student members were more likely to insist on due process than were external business members – a not unimportant governance issue. This impression is hardly inconsistent with revelations about Australian business practices in recent decades.

It has been alleged that the Victorian changes stemmed from Victorian chancellors’ representations to government, with some suggestion that the chancellors were concerned about the leaking of confidential material by staff and student members. Given the size of such a sledgehammer, the alleged nut lacks credibility: the real motivation is more likely to be ideological. Interestingly, the University of Melbourne’s chancellor has come out against the changes.

The Victorian measures highlight an anomaly in the structure of Australian higher education. While the states retain legislative control over governance arrangements for universities, these same governments contribute little or nothing to the funding of universities. It is regrettable that the Whitlam government was not able to effect a transfer of state legislative powers over governance when it took over funding responsibility in 1973. This might not have guaranteed perfect governance arrangements, but it would have provided national consistency and at least ensured that the government paying the piper was calling the tune.

This legislation should put to rest any lingering idea that Ted Baillieu is a descendant of the Deakin/Hamer tradition within the Victorian Liberal Party. When premier, Rupert Hamer rejected a recommendation that staff representation on the (then) Public Service Board be abolished. As with environment and planning policies, and education cutbacks, Baillieu is the son of Jeff Kennett, not the grandson of Rupert Hamer. •

Books & Arts Have I been excommunicated? Frank Bongiorno 7 August 2021 How a distinguished educator fell victim to church politics and personal enmities
Close

The right kind of middle class?

What happened when Peter Coleman assembled a star-studded group of writers in 1962 to rethink the way intellectuals had viewed Australia? 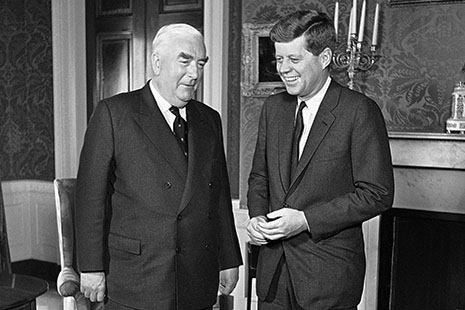