Another round in PNG’s great game

How much will change under new prime minister James Marape? 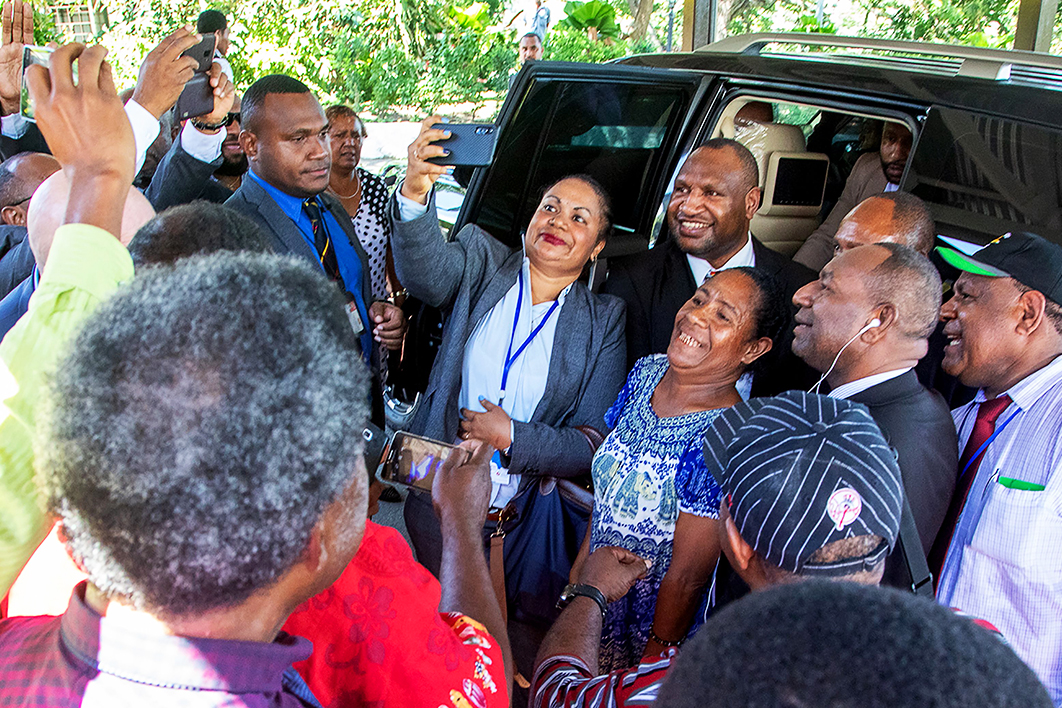 Papua New Guinea’s new prime minister, James Marape, is virtually unknown in Australia. The lazy excuse is that the country’s leadership changes so often it’s hard to keep up. But that’s not actually true. In the years since the country gained its independence from Australia in September 1975, it has had eight prime ministers to Australia’s ten. (There is a caveat though: PNG leaders tend to retain enough residual parliamentary support to make a comeback, which Michael Somare did twice, and Julius Chan and Paias Wingti once each.)

In the contest for the leadership — Papua New Guinea’s greatest of games, narrowly pipping the country’s other obsessively followed battle, rugby league state-of-origin matches — the key ingredients include:

An origin story. Which region does the candidate come from, or most identify with? Papua, the Islands, the New Guinea mainland, the Highlands, or else the new category, the urban population in Port Moresby, Lae and other substantial cities? The Highlands is by far the most populous region, votes the largest bloc of parliamentarians, and has become the most resource-rich area.

Personality politics. Can the candidate win trust in small-group interactions? Does he (only seven women have been elected to the parliament, now of 111 members, since independence, and there are none in the parliament elected in mid 2017) possess some degree of charisma? Is he a convincing parliamentary performer? Is his use of Tok Pisin, the popular lingua franca, colourful and inventive?

Follow the money. Does he have a well-heeled sponsor (individual, company or country) or three who can ensure crucial sources of political support receive “help” as required? Or is he already rich himself?

Mining the base. Can he call on important PNG institutions — churches, women’s groups, student unions, public servants, the courts — to support his cause?

Patronage pays. Does he enunciate policies that will attract other MPs? In recent decades, a sure-fire move has been to offer MPs an ever-increasing share of the development budget for their own distribution.

Marape ticks most of these boxes.

Like his predecessor Peter O’Neill, he is from Southern Highlands, where, as a Huli man, he belongs to the largest and most famous tribe. Among earlier PMs, Wingti was a Western Highlander, and it was almost inevitable that O’Neill would be succeeded by another Highlander, bringing the total to three out of the country’s eight PMs.

Marape has a persuasive personality. He led a bloc of twenty-five MPs from O’Neill’s team to the opposition camp — and then back again once O’Neill agreed to stand down in his favour. He succeeded in convincing those followers that he would ultimately win this round of the great game, and that he would then reward them with ministries or other favours.

Aged forty-eight, Marape graduated from the University of PNG in Port Moresby with a BA, gained a postgraduate honours degree in environmental management, and then worked in the government’s Personnel Management Department, where he became acting assistant secretary of policy, before entering politics.

He originally ran for parliament, unsuccessfully, for the People’s Progress Party in 2002, then switched to the National Alliance in 2007 and won his seat. Five years later, shortly before the subsequent election, he switched to O’Neill’s People’s National Congress. Recently, he left the PNC to become leader of the Pangu Party, which was once led by the country’s first prime minister, Michael Somare. This party-hopping has aroused almost zero concern in PNG, where parties — in policy terms — are largely blank pages.

As always when the prime ministership is being contested, MPs are dragged — sometimes almost literally — into one of two “camps,” where loyalty is enforced through diligent security measures. On this latest occasion, O’Neill’s opponents camped at Port Moresby’s Laguna Hotel, which is owned by the Tan family. The Tans have close links to the family of Joko Tjandra, a wealthy Indonesian now living in Singapore, who once had a PNG passport (later suspended or removed) and wants to reboot his PNG business ambitions, including a rice project that might supplant the country’s traditional source of rice, Australia.

Marape joined this camp, then left it, and has effectively taken over the same dominant parliamentary grouping that O’Neill assembled and led for seven years.

Institutionally, Marape’s main support comes from the Seventh-day Adventist Church, of which he is an elder. About 5 per cent of the country’s 8.3 million people are members of the church. Being an avowed Christian is a core qualification for the leadership in Papua New Guinea — as in other Pacific island countries — and so it was no surprise when Marape announced that his vision was for his country to become “the richest black Christian nation on planet Earth.”

“We pray that James will continue to receive guidance from God as he leads this significant country,” says Pastor Glenn Townend, president of the South Pacific Seventh-day Adventist Church. “His Seventh-day Adventist values and heritage will hold him in good standing.” As a sincere adherent, he is a non-drinker and leads a small but influential group of SDA members within the parliament.

Having been O’Neill’s finance minister for most of the past seven years, Marape is unlikely to introduce radically new policies. But he has vowed to bring to parliament the measures needed to create an independent commission against corruption, which many in the PNG community hope can achieve what the ombudsman commission has been prevented from doing by legislative limits and lack of resources.

He has also promised to table the ombudsman’s report on a controversial A$1.23 billion loan from Swiss bank USB that the PNG government used to buy a stake in an ASX-listed company, Oil Search, which enabled the country’s first liquefied natural gas project to proceed to development. The purchase was a financial disaster, and O’Neill received the most blame in the report. But Marape himself, as finance minister, also came under criticism.

Marape has also announced a review of policies for the resource sector, which has driven the growth of the economy since independence but failed to deliver a sustainable, broad-based boost to prosperity. Landowners, including some in Marape’s own constituency, have complained strongly that they are still waiting for long-expected royalty payments. The companies point out that the payments are made through government agencies, which are where the questions should be directed.

This review will delay the country’s second major liquefied natural gas project, Papua LNG, which was to be spearheaded by French corporation Total. And if former prime minister Julius Chan becomes the responsible minister, then the resource sector is set for a challenge. Chan was perceived as the pro-business voice in PNG politics when he was finance minister and treasurer under Somare, but his views have shifted significantly in recent years.

“We are here to protect our genuine foreign investors who can respect our laws,” Marape said after becoming PM. But the country has failed to attract significant investment for job-creating industries, and he and his colleagues will need to find a formula for boosting employment as the population continues to soar and the number of jobless young people grows.

The biggest challenge for Marape, however, comes from a familiar direction: Bougainville, the burr under Port Moresby’s saddle since independence. In October, the voters among Bougainville’s 250,000 population will be given the opportunity to choose independence for themselves — a course they are widely expected to seize.

O’Neill had indicated that the final decision about Bougainville’s status would remain in the hands of the PNG parliament. But if the vote is overwhelming then Marape would risk a reversion to violence if he stood in its way. If he concedes independence, however, he will be marked down as the leader who “lost” the island that was once PNG’s jewel.

In foreign policy, Marape is unlikely to oversee any major change. “No relationship is stronger and more important than the PNG–Australia relationship,” he has said. But he has also added: “Foreign relations isn’t about politics any more, it’s about trade and commerce.”

Marape is also indicating at this early stage that he may seek to step slightly back from O’Neill’s commitment to ever-strengthening connections with China. “We’ll engage with the Chinese government as long as it is free and fair to us on our terms,” he says.

Meanwhile O’Neill remains in parliament, on the backbench, albeit continuing to hold a grip on his PNC, which is still the largest party. Marape, well aware of this, will be watching his own support within parliament closely, as well as seeking to make his mark as a fresh leader across the country and the broader region. He has three years before the next national election, when he will be seeking to make his new Pangu Party once more PNG’s dominant political force. •

Rowan Callick, a former Asia-Pacific editor with both the Australian and the Australian Financial Review, worked in Papua New Guinea for eleven years as editor-in-chief of locally owned Word Publishing.

When good economics loses its way 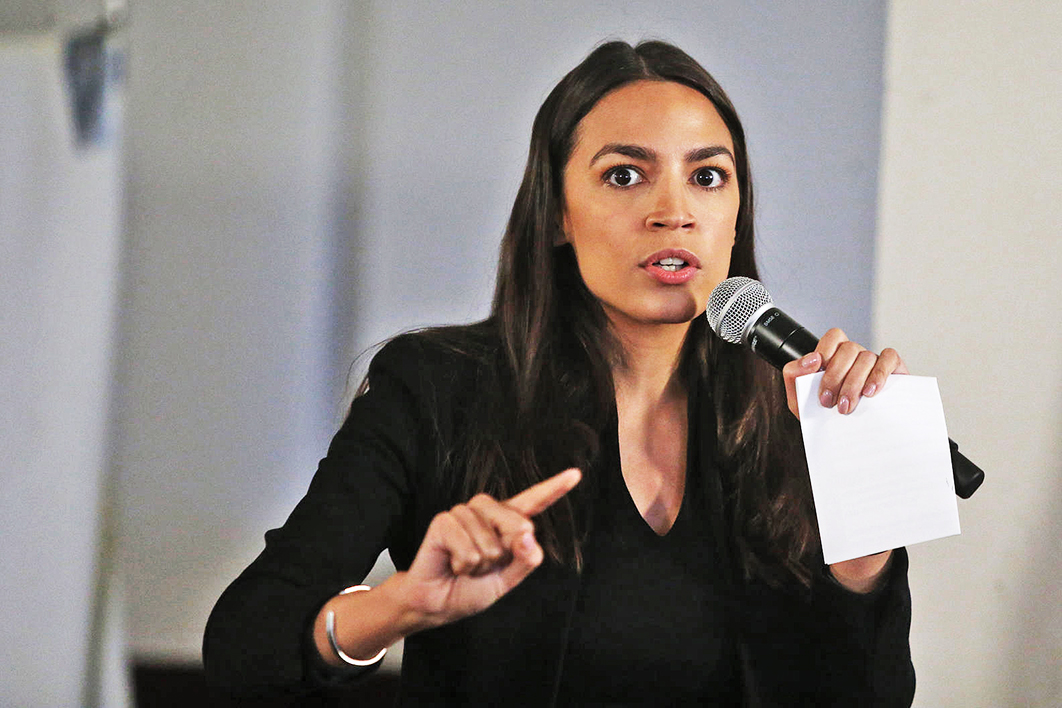